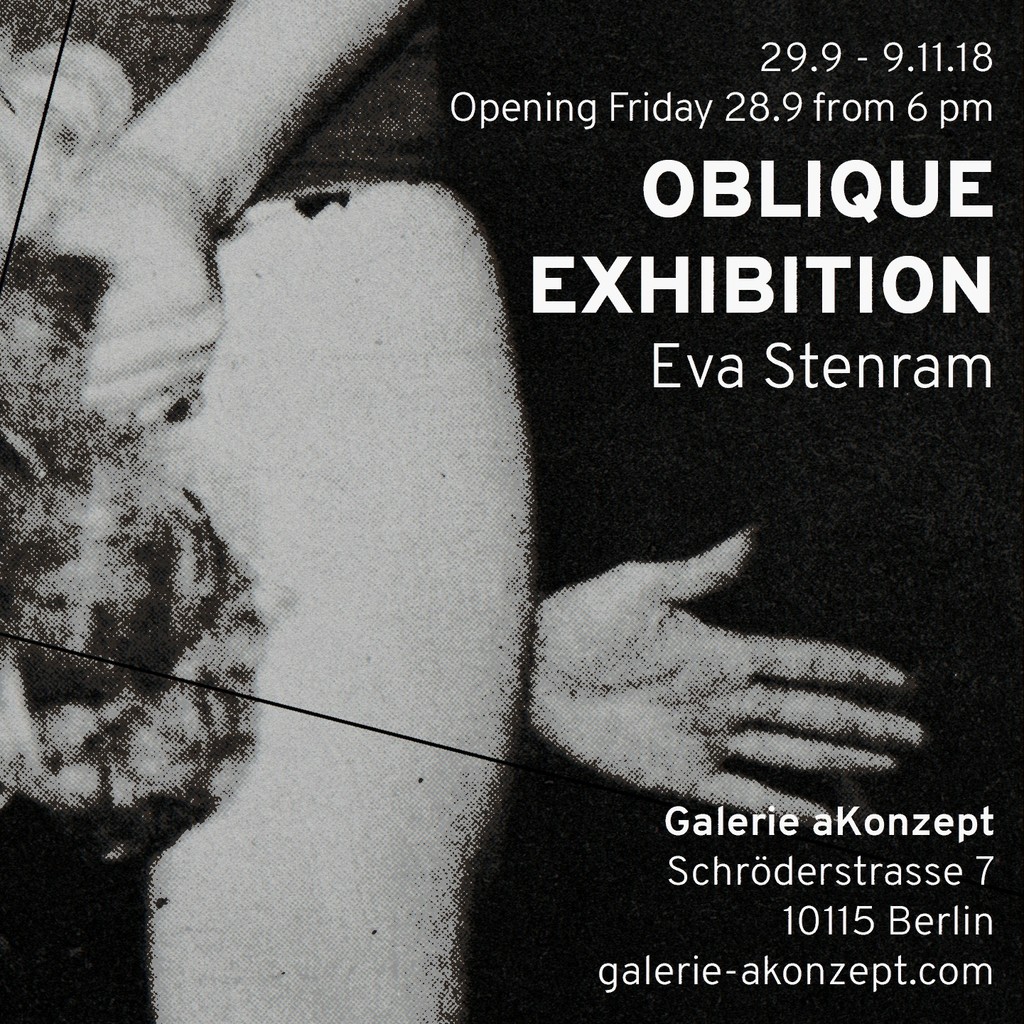 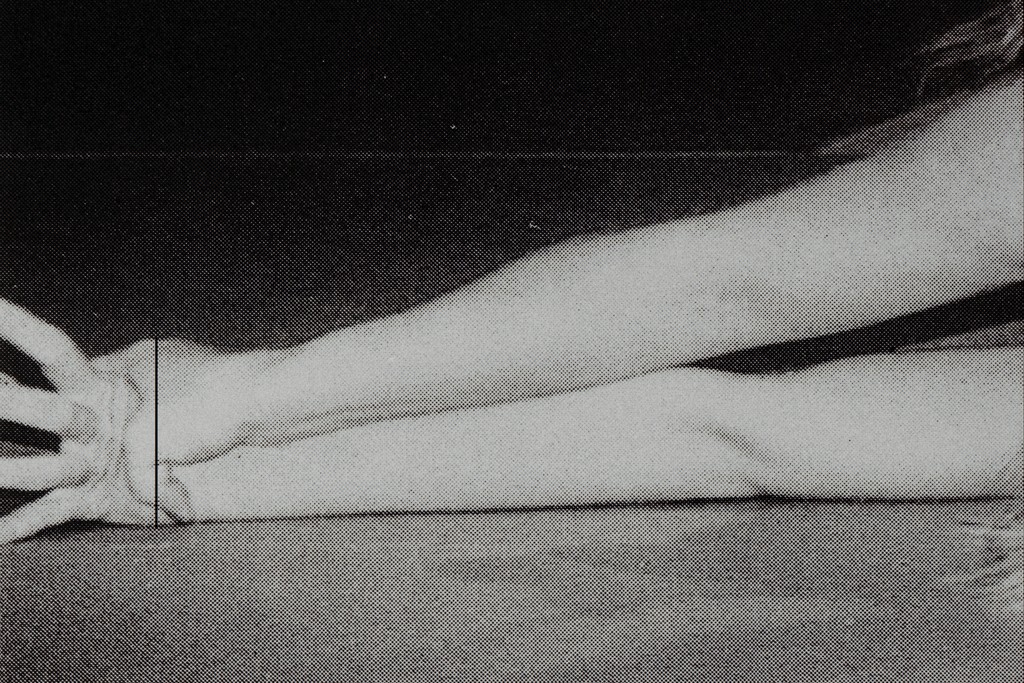 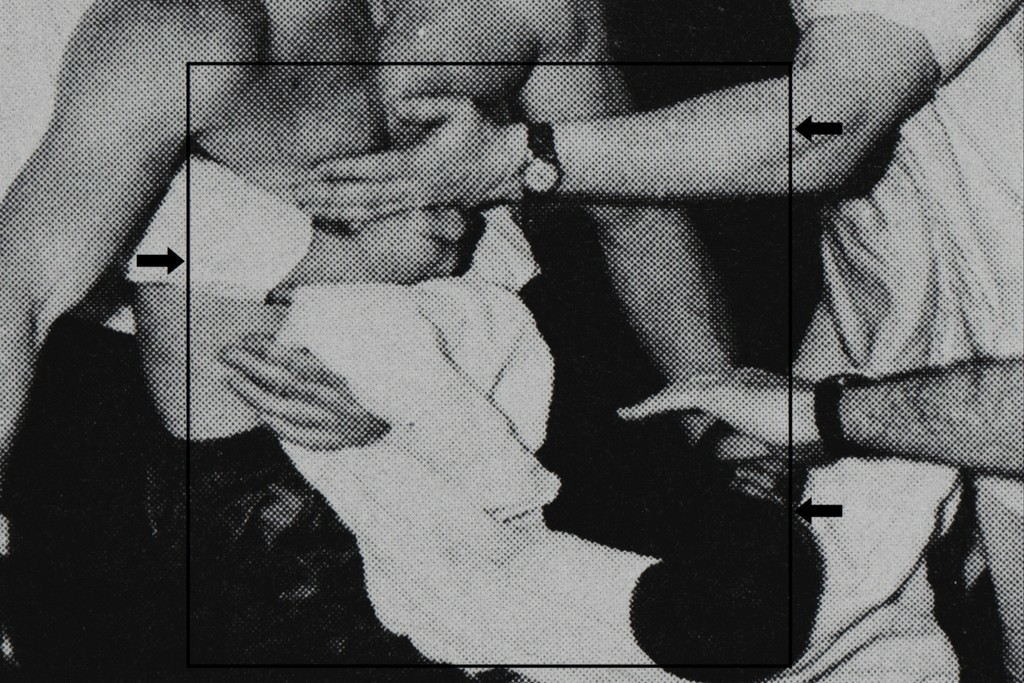 Eva Stenram (b. 1976, Stockholm) uses found images, such as negatives or photographs from magazines and the Internet, as her source of inspiration and working material. Stenram’s work is represented in international collections including Moderna Museet, the Victoria and Albert Museum and Tate Collection. She has recently had solo exhibitions at Siobhan Davies Dance Studios (London, UK) and Mindepartementet (formerly Fotografins Hus, Stockholm, SE) and has participated in numerous group exhibitions worldwide. Currently her work can be seen in A Handful of Dust at California Museum of Photography (Riverside, US) and Photography to End All Photography at Brandt’s Museum (Odense, DK). www.evastenram.co.uk/

In her latest series, Stenram turns for source material to sports magazines from the 1960s. Her interest in these started off with a curiosity to see how the body was presented, in an idealised form, in the media of that era. For her, the 1960s represents a point of rupture in society, that brought with it sexual revolution, political upheaval and changing gender roles. Now, though, of course, this moment is old; and the bodies, like the ink and paper of the magazines themselves, have degraded.

Her strategy was to re-photograph partial sections of these magazine photographs, from very close up, in a kind of forensic investigation of the imagery. In doing this, she looks for ways of first isolating details of images, and then further homing in — on details of the details. Markings and annotations, involving circled or numbered areas, hint at correspondences between the images, as though some hidden taxonomic code were being teased out of them. The strategy is evocative not only of police procedure, but also of aerial reconnaissance; it also suggests a state of paranoia , an over-interpretative state of mind that madly taxonomises, with the result that its subject matter multiplies beyond all power of interpretation, as in Antonioni’s Blow Up.

One aspect of the series that comes through most strongly is the way it captures moments of tenderness, perhaps eroticism, a dissolution and confusion of the boundaries of the body. As the gaze moves in closer and closer, the original image is lost, and as small corporeal zones distort they take on new roles and new identities within their new configuration.

On this occasion, Galerie aKonzept will present a limited edition box set in 22 copies containing a leporello with the reproduction of the photographs of the exhibition as well as an original photograph signed and numbered by the artist. It will be available for sale at our gallery.

The exhibition runs until November 9th, 2018
A catalogue will be published online.
The artist will be present.