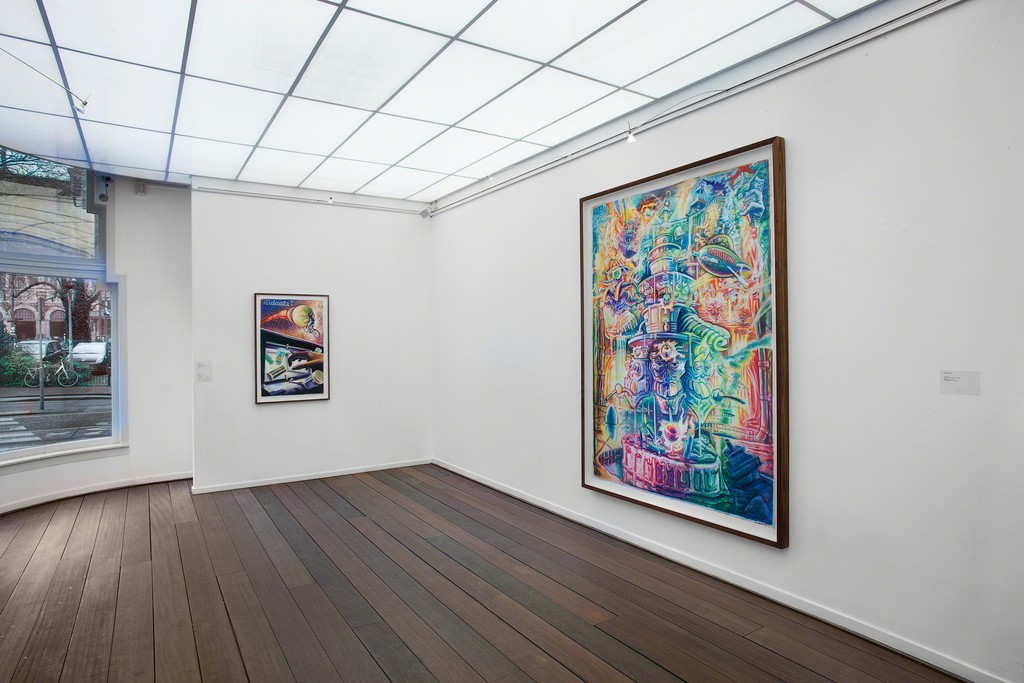 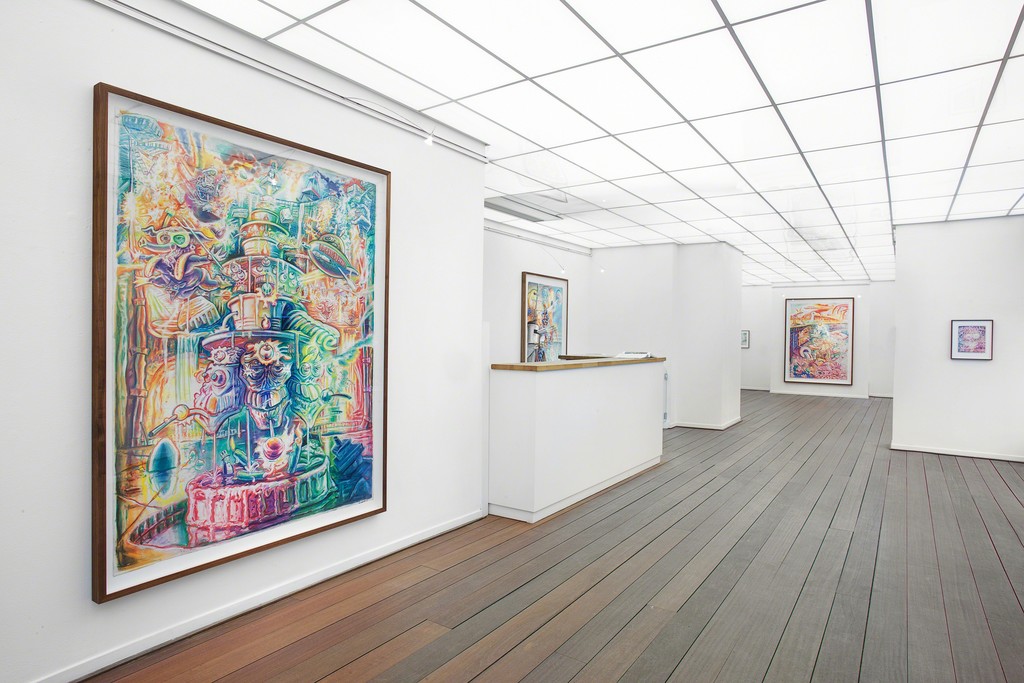 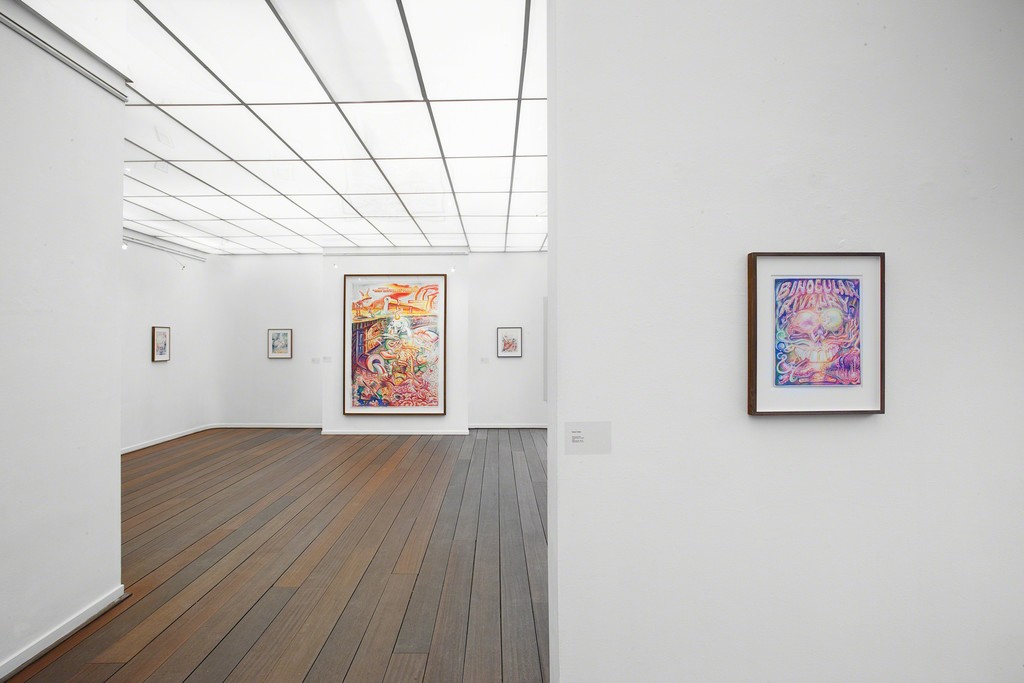 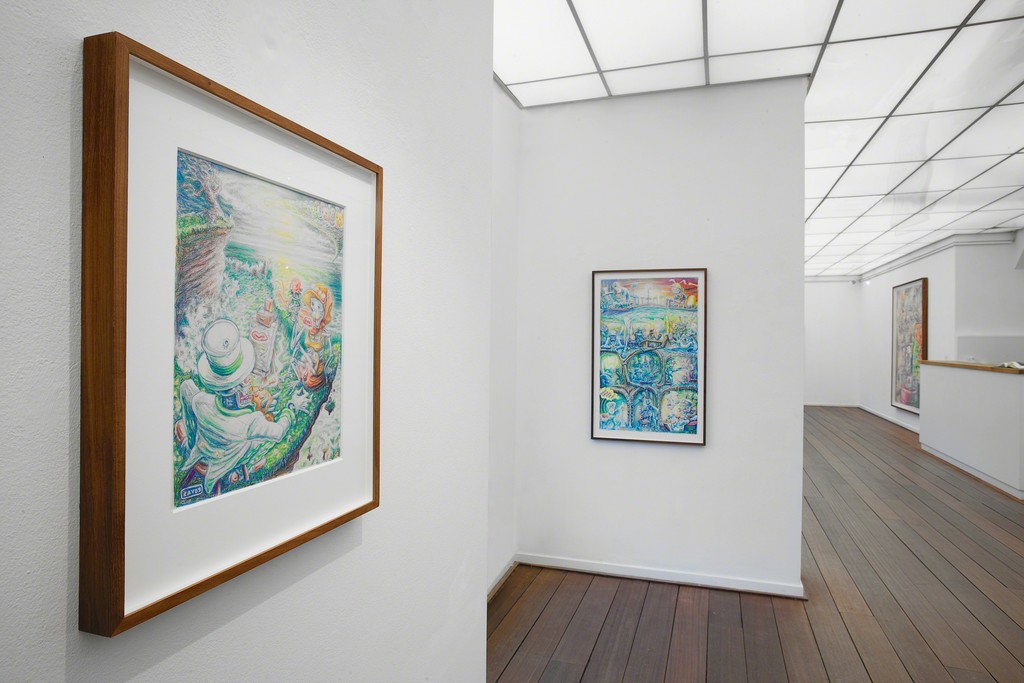 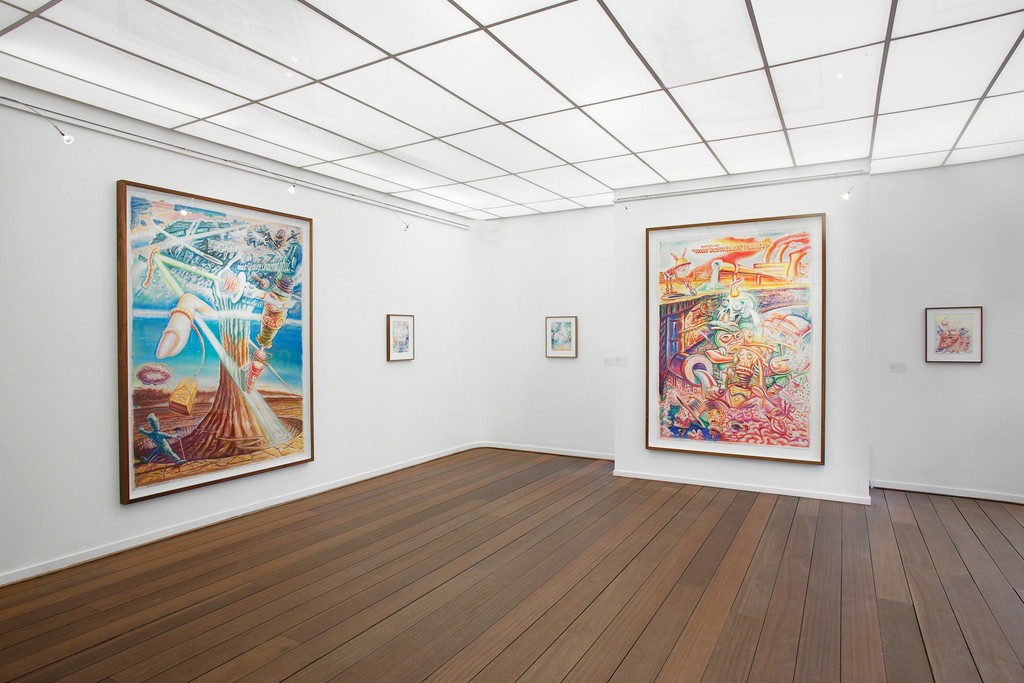 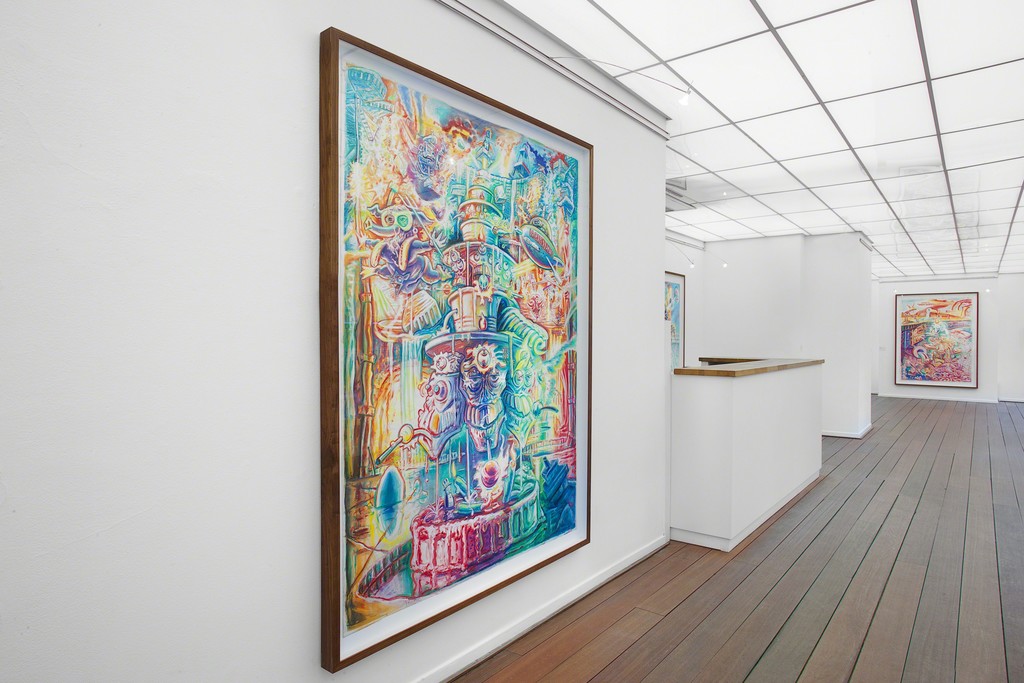 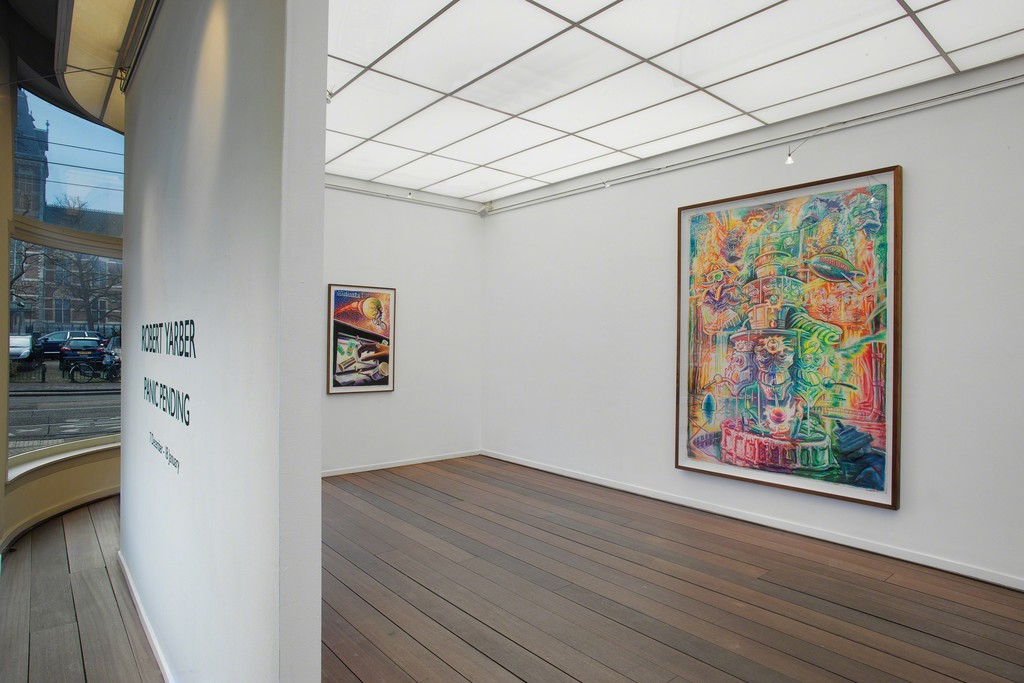 Texan artist Robert Yarber is renowned for his dizzying large-scale paintings of figures flying in the night sky above glittering megacities. His extraordinary hallucinatory style has been credited as the inspiration for Terry Gilliam’s "Fear and Loathing in Las Vegas" and has earned him global acclaim. Combining the influence of ancient pre-Columbian cultures and Mexican art with modern-day schlock horror and comic-strip grotesque, Yarber’s work, at once disturbing and comedic, trashy and mythical, embodies an eternal contemporaneity. Recently, Yarber has turned to drawing, a medium which, as he puts it “carries less baggage than painting, and offers a strong immediacy”. Galerie Alex Daniels is delighted to present a collection of 20 of his dazzling works on paper, executed in pastel, colour pencil and coloured ink. Often gargantuan in scale (60 x 80 in), these vertical images were informed by the artist’s time in Nepal, where he became absorbed by the hieratic nature of Tibetan and Buddhist painting. Yarber’s palette is dominated by iridescent sherbet tones - a nod to the transcendental, as well as to more populist art forms. He has long been fascinated by the class associations of colour - “colour has always been considered to be a lower dimension of sensibility” – an element he uses playfully to draw in multifarious influences from both high and low art in his work. His multi-tiered, dreamlike landscapes evoke a sense of the sublime, recalling the mountainous arid regions of Utah, Arizona and Mexico, as well as a more Wagnerian fantasyland of chalets in the snow-peaked Alps. Some of the drawings have a more subterranean setting, a strange cavernous netherworld presided over by a top-hatted grim reaper - a dapper death figure who has become a sort of mascot in Yarber's art. These are works that delight, shock and engage in equal measure and which require the viewer to immerse themselves entirely in Yarber’s universe. “I’ve given the viewer the full picture, the full complexity. I love minimalist art, and I love the idea of a honed down image, but I’m a maximalist and that was never my thing.”

Born in 1948, Yarber gained international attention at the 41st Venice Biennale in 1984. He has exhibited all over the world from Korea to Hamburg, from Stedelijk Museum Amsterdam to New York. He is Distinguished Professor of Art at Pennsylvania State University.