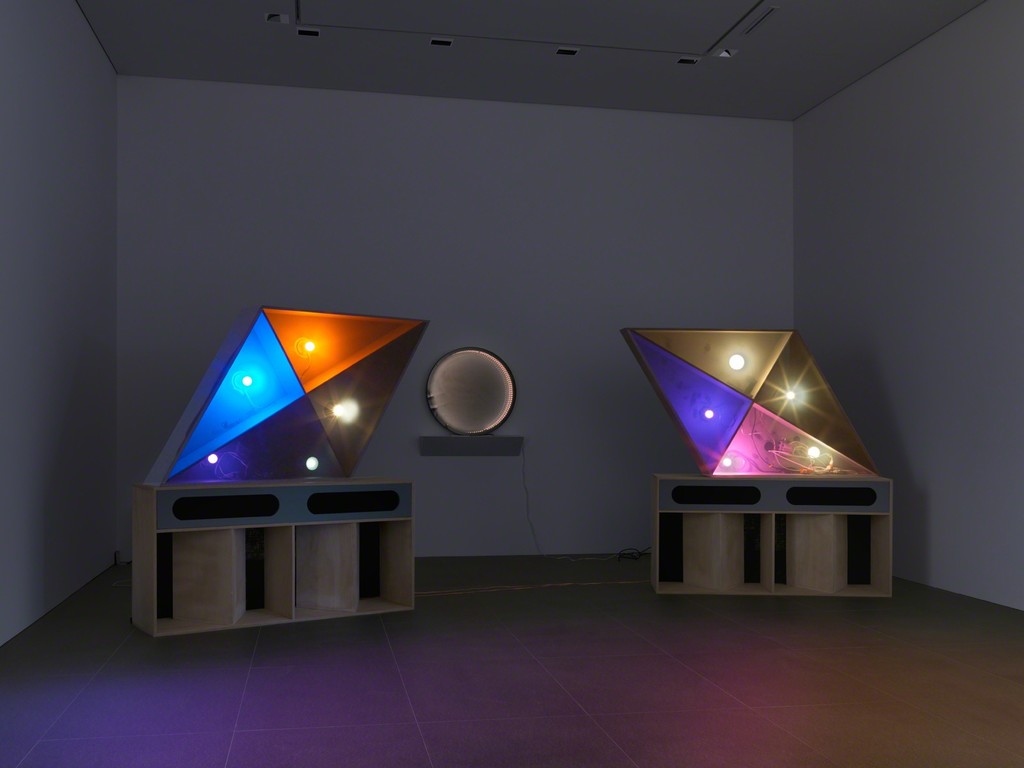 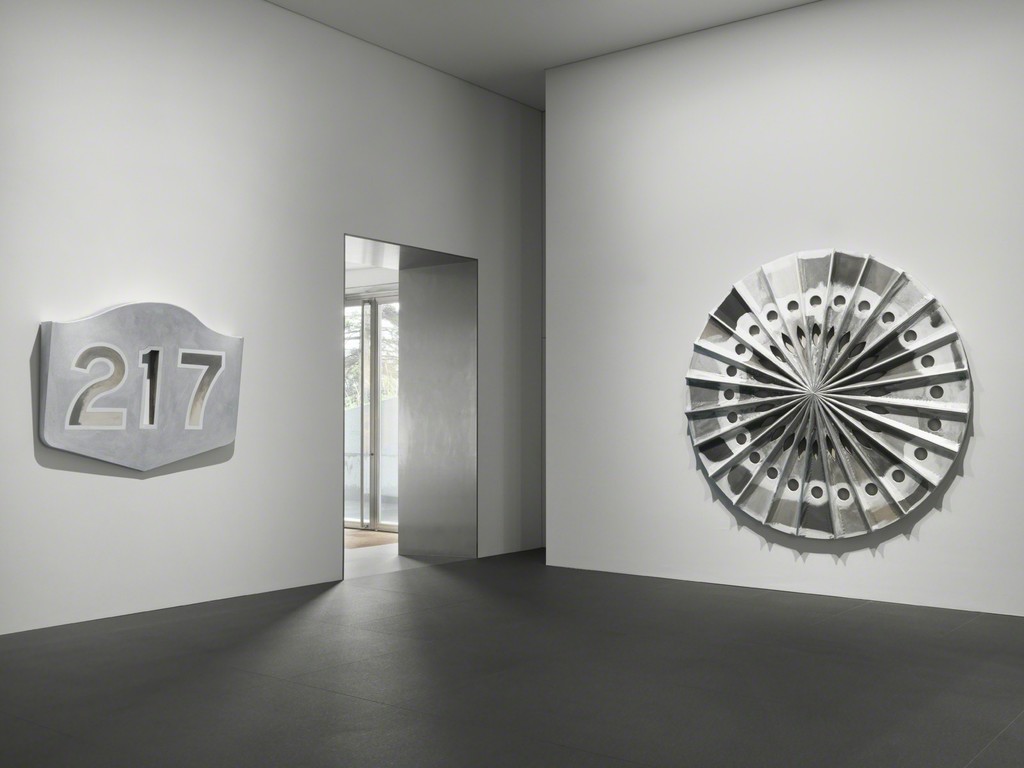 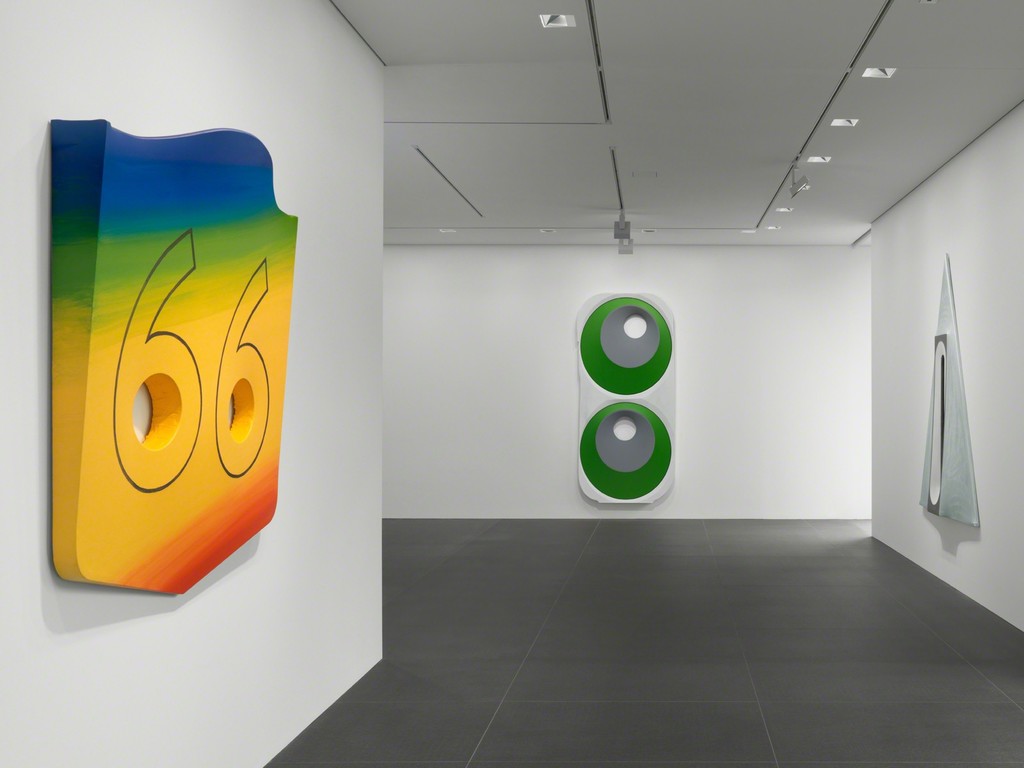 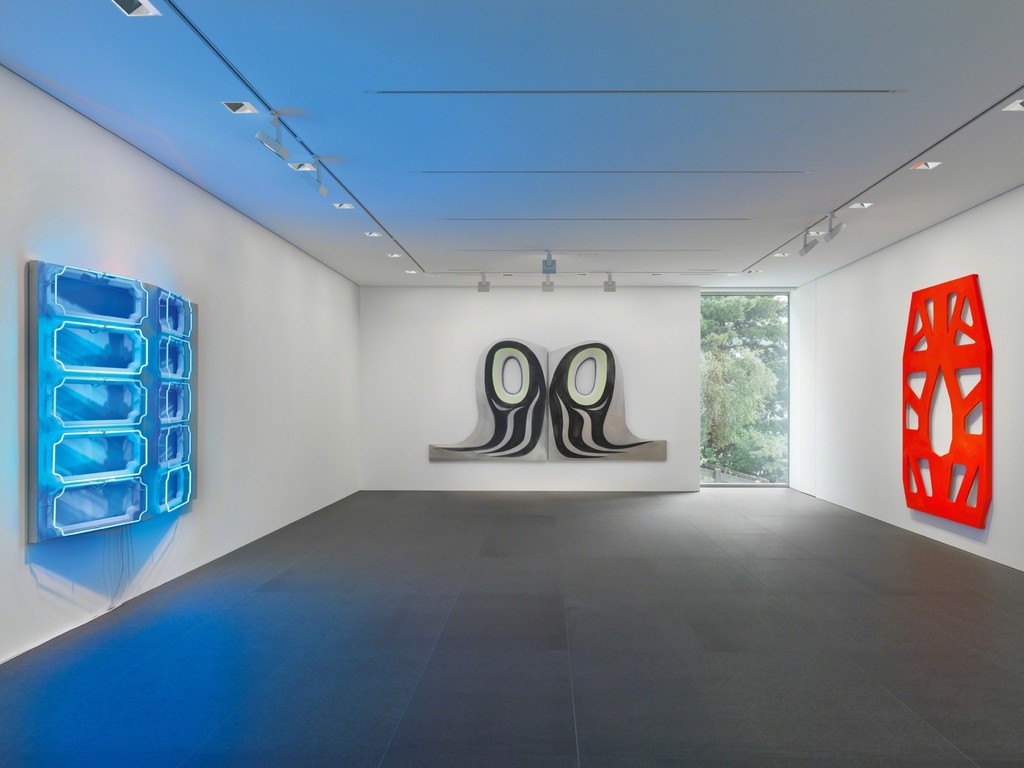 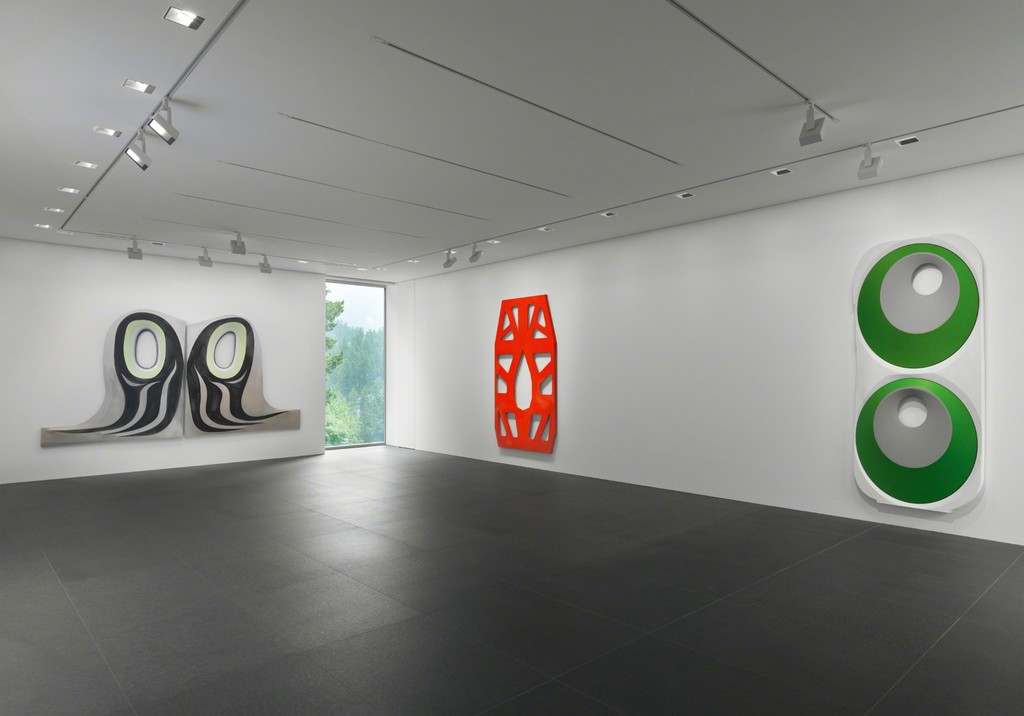 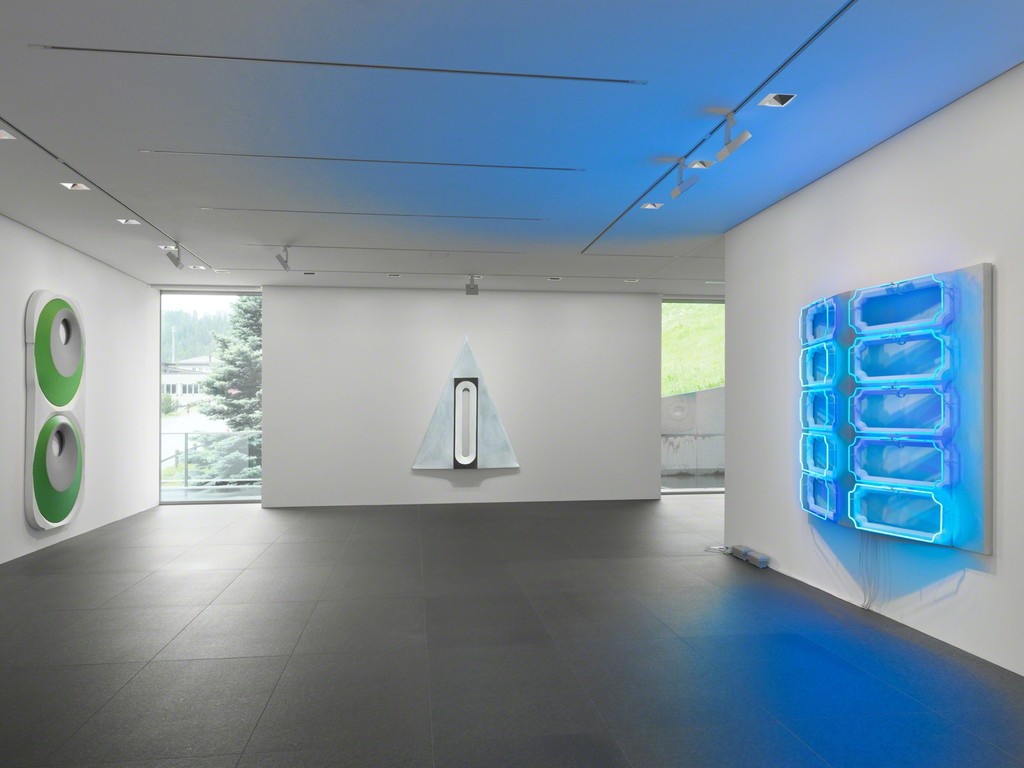 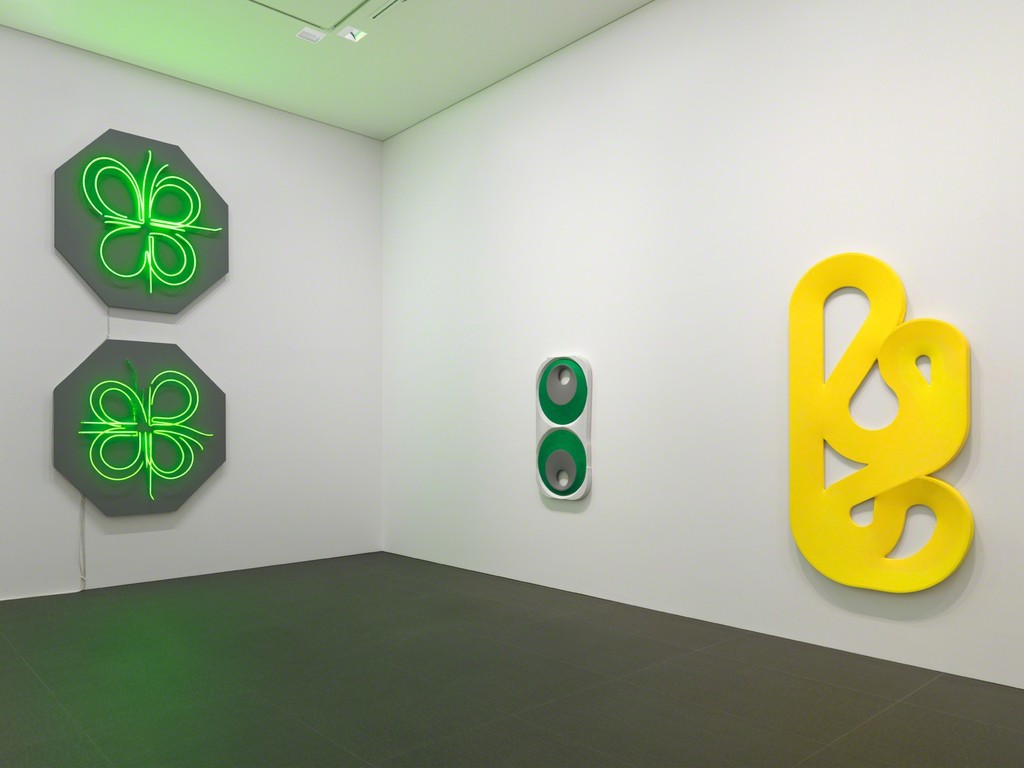 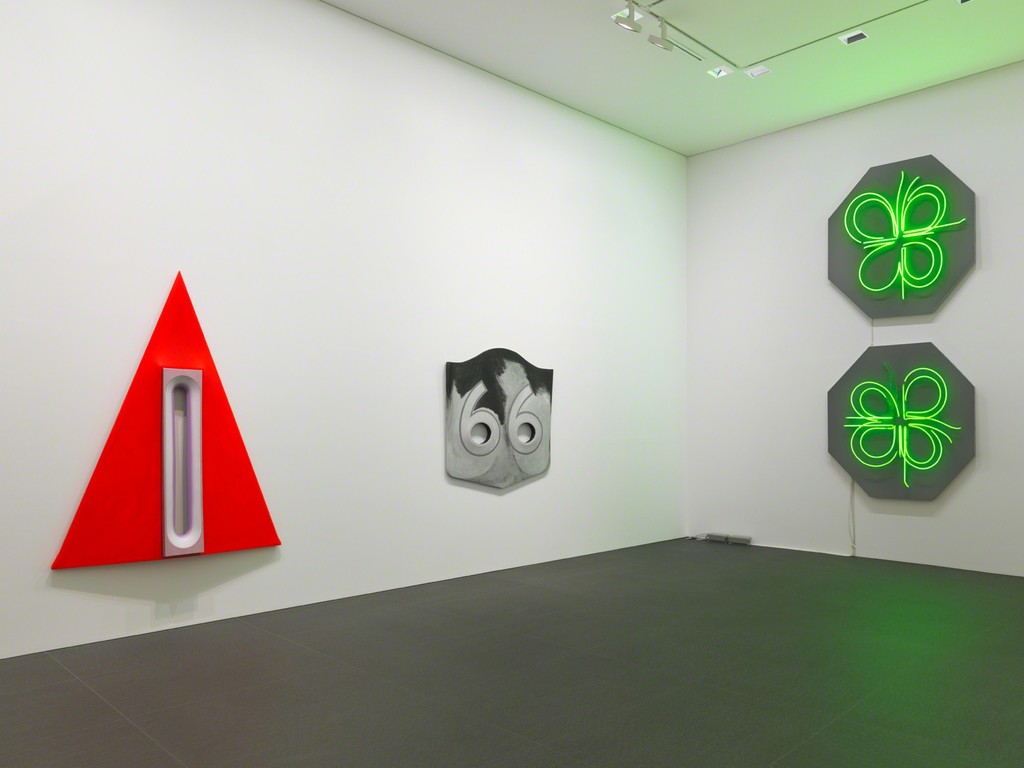 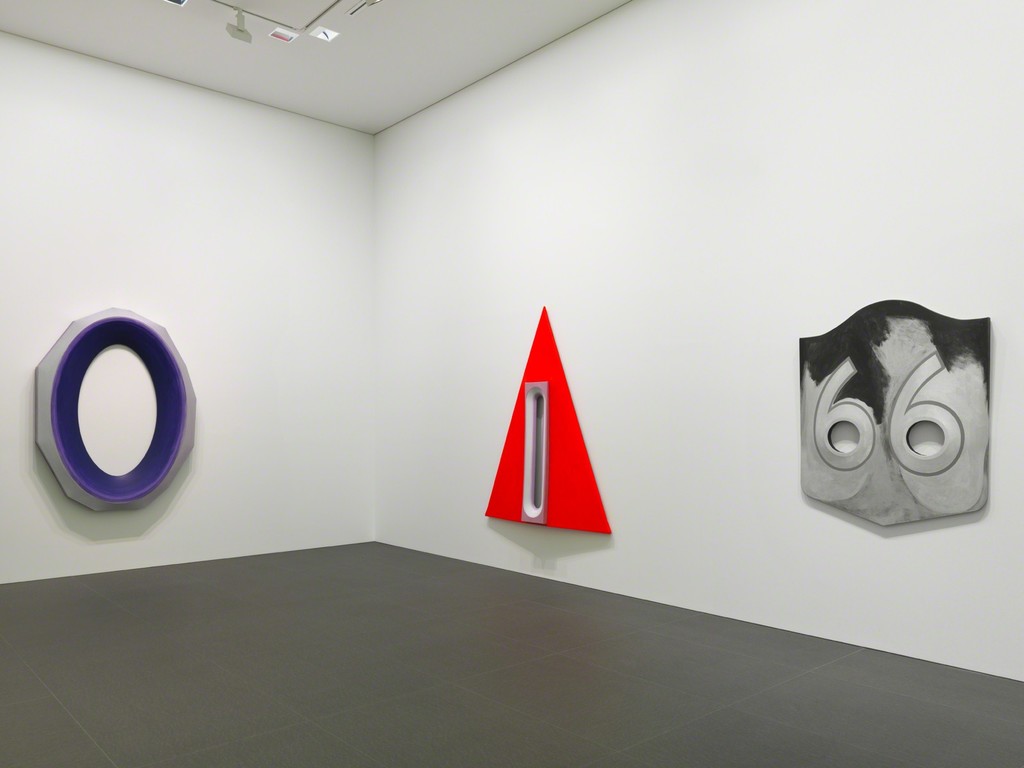 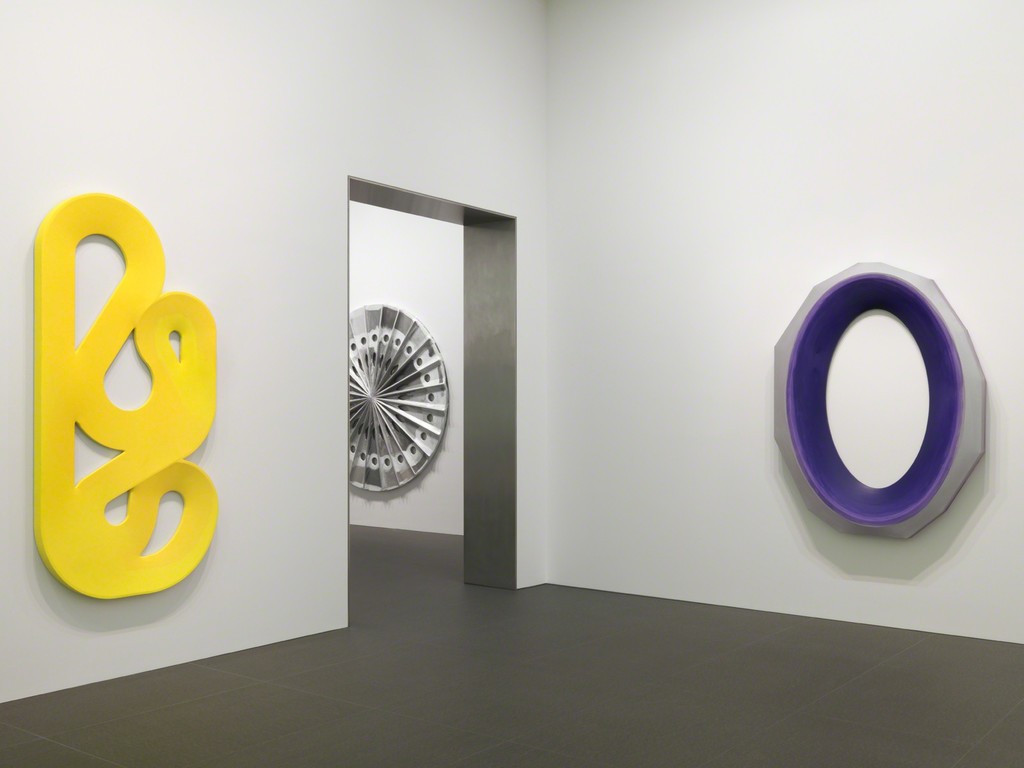 “Yeah, I love racetracks, Petroliana, the road, the road trip, hot wheels, le Mans… but I don’t want to be boxed into ‘BoyTown’”. Indeed, Blair Thurman’s childhood obsessions form just a starting point and most obvious key for the artist’s development of a highly personal and distinctive signature style. His interests are much broader and encompass different aspects of culture at large, be it vernacular culture of the 70’s and 80’s, but also agro-industrial architecture, Native American Art, particularly Northwest Tlingit and Haida, landscape or literature.

Based on these multiple sources the artist has developed a personal repertoire of standardized forms, which he constantly adapts and customizes. He builds complicated wooden constructions upon which he stretches the canvas, creating bright-coloured three-dimensional paintings. Paint is at times applied like car paint, at times in a very painterly, unfinished manner. His use of lighting systems- neon tubes on paintings or independent installations as in “Aurora” or “Glass Onion” is a distinctive trait of his work and comes in part from years working with Nam June Paik.

Formally speaking his sculpture-paintings tie up with Stella’s shaped canvases and British artist Richard Smith’ three-dimensional canvas-plus-extensions. Further his friendships with members of his “artist-family” - John Armleder, Steven Parrino, Olivier Mosset or Christoph Gossweiler among others - have strongly marked his artistic practice.

At the crossroads of different influences, his way nevertheless leads off the beaten track. Blair Thurman’s singularity in today’s art world is the beauty and immediacy of his colourful forms imbued with an intriguing mixture of hedonist nostalgia. As Steven Parrino put it some years ago: “… his method is gaze and memory rather than cold analysis. More like the free association of a Beat poet on the road, happening upon Gonzo situations and structures, awash in neon, remembering a childhood of Hot Wheels and model glue, suspended in a haze of martinis, coffee, painkillers, anti-histamine and Theraflu”