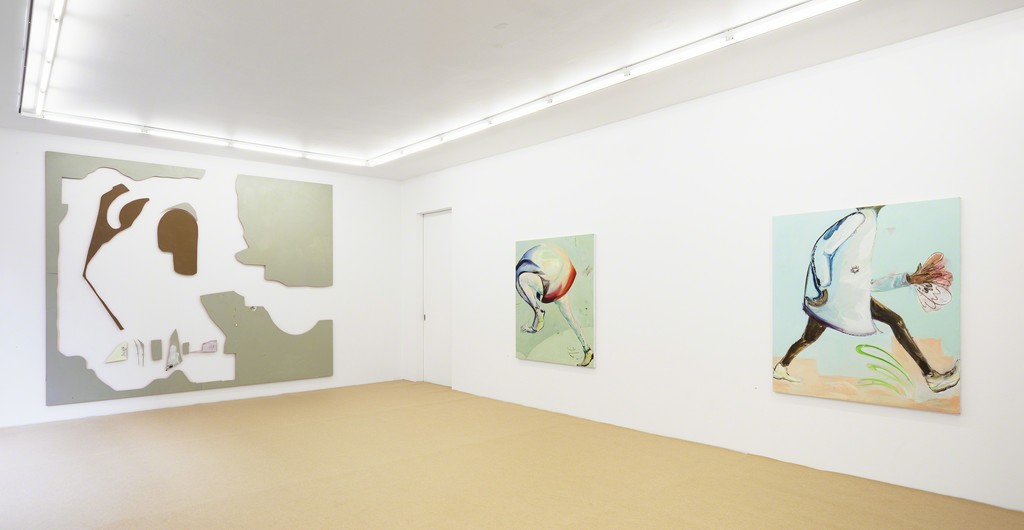 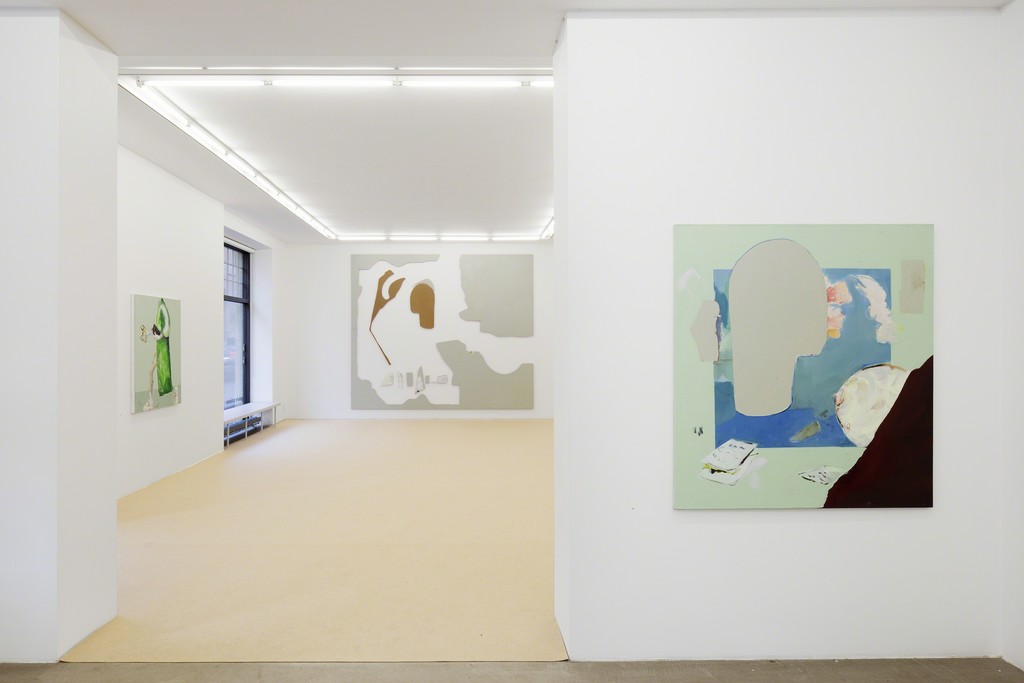 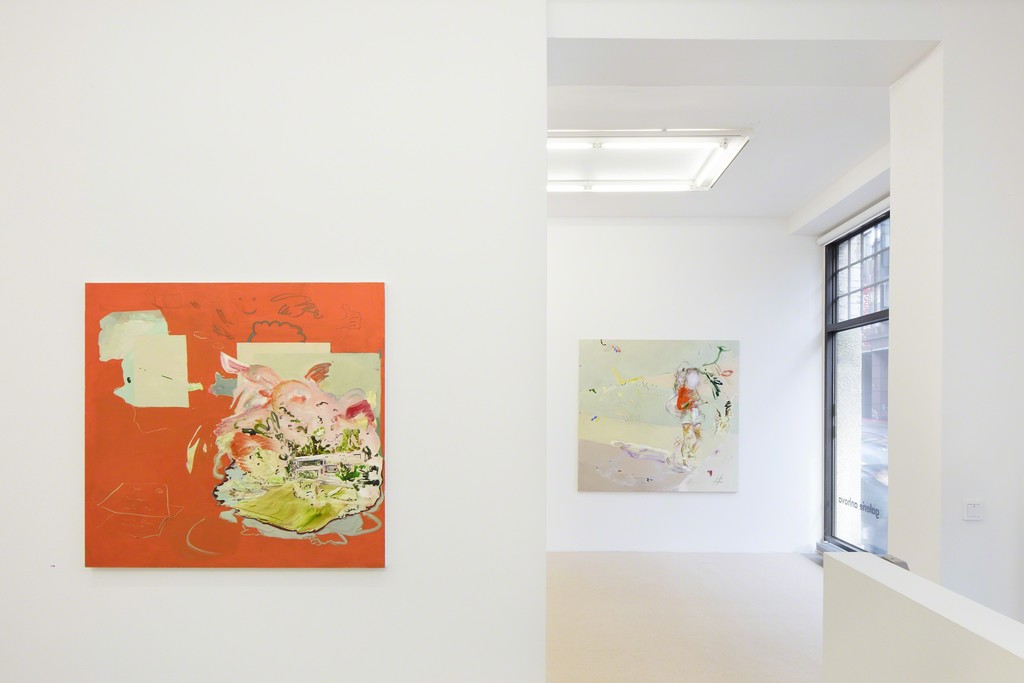 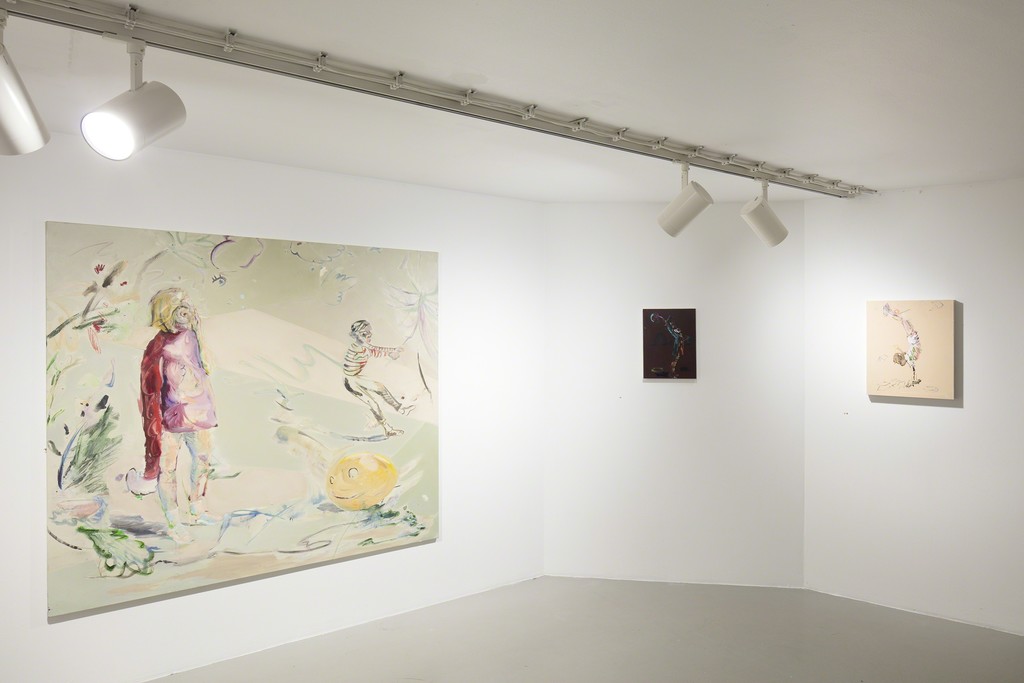 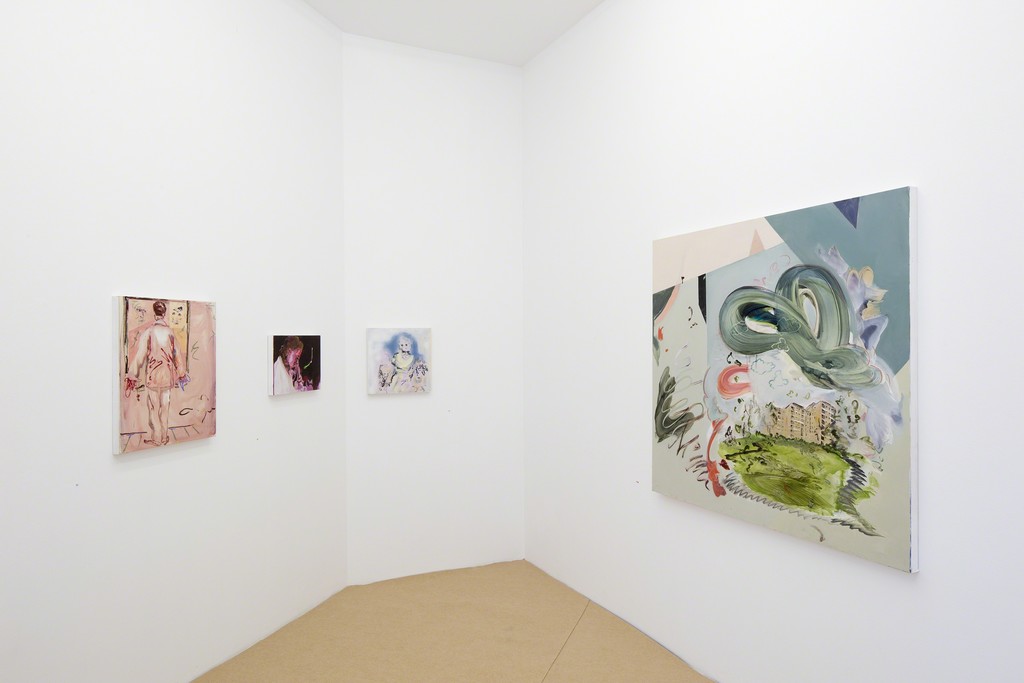 A little disturbance can give a painting the necessary presence, the acid in its appearance. It seems that Anna Tuori is aware of this. As a painter, she is not a pleaser, even though the joy of looking at her work certainly has to do with the beauty and virtuosity that can be found in her paintings. But it should not get too smooth and pretty. Not all parts should be perfect, otherwise the painting loses its urgency. This seems most clear in Tuori’s recent paintings—they look confident, and also a little recalcitrant.
—Jurriaan Benschop
If grass is orange

The Island of the Colorblind by Oliver Sacks is an anthropological study of an island of colour-blind people in Micronesia. Its inhabitants who were not colour-blind learned how the colour-blind see and the colour-blind were aware of what they do not see. In his book, Sacks reminds readers of the ways in which we see, look and perceive. The new paintings consider the possibility of perceiving differently even when one can never see like someone else does. Their themes in the small space of the exhibition are place and perspective: how and what we view, and from what position. In the large space, form is given to that which moves, changes. The Sky That Gathered Again consists of incongruous pieces in which the reflection of another colour finds its place alongside the concrete colour of the painting. Both the rushing figures and the works depicting places draw upon the Bauhaus, the Russian avant-garde and the heritage of women’s abstract expressionism, joining them eclectically to each other. They ask, with meta-modern gentleness, whether round might still be round for everyone.

Anna Tuori graduated from the Academy of Fine Arts in Helsinki in 2003. She has also studied at the L’Ecole Nationale Supérieure de Beaux-Arts in Paris from 1999 to 2000. In recent years, her works have been exhibited in solo exhibitions at Galerie Anhava, Helsinki; Aboa Vetus & Ars Nova, Turku; Galerie Suzanne Tarasieve, Paris; the Helsinki Art Museum and the Tampere Art Museum. She has participated in several group exhibitions, e.g. Augmented Reality at the Norrköping Art Museum (2017), Dark Days, Bright Nights at the Kemper Museum of Contemporary Art in Kansas City (2015), You Dream What You Desire at the 19th Biennale of Sydney (2014) and In Other Worlds at the Stadtgalerie Kiel (2014). In 2011 Tuori was awarded the Young Artist of the Year prize. She has been shortlisted for the Ars Fennica and Carnegie Art Awards and her works are in numerous private and public collections, such as in the collections of the HAM Helsinki Art Museum, the Kiasma Museum of Contemporary Art, the Saastamoinen Foundation, the Sara Hildén Art Museum and the Kemper Museum of Contemporary Art.