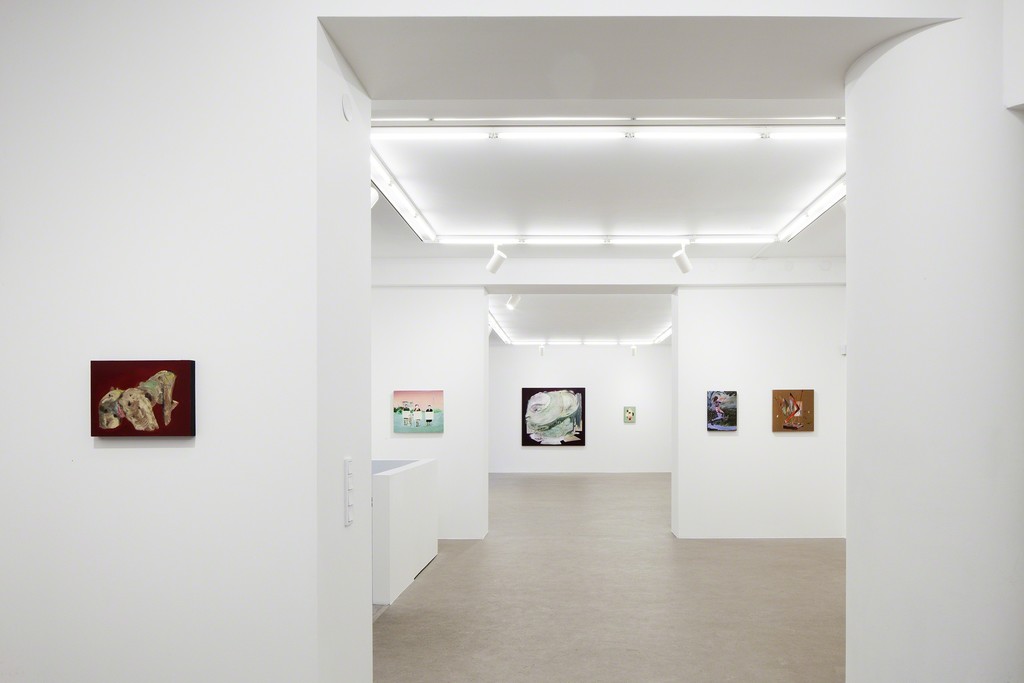 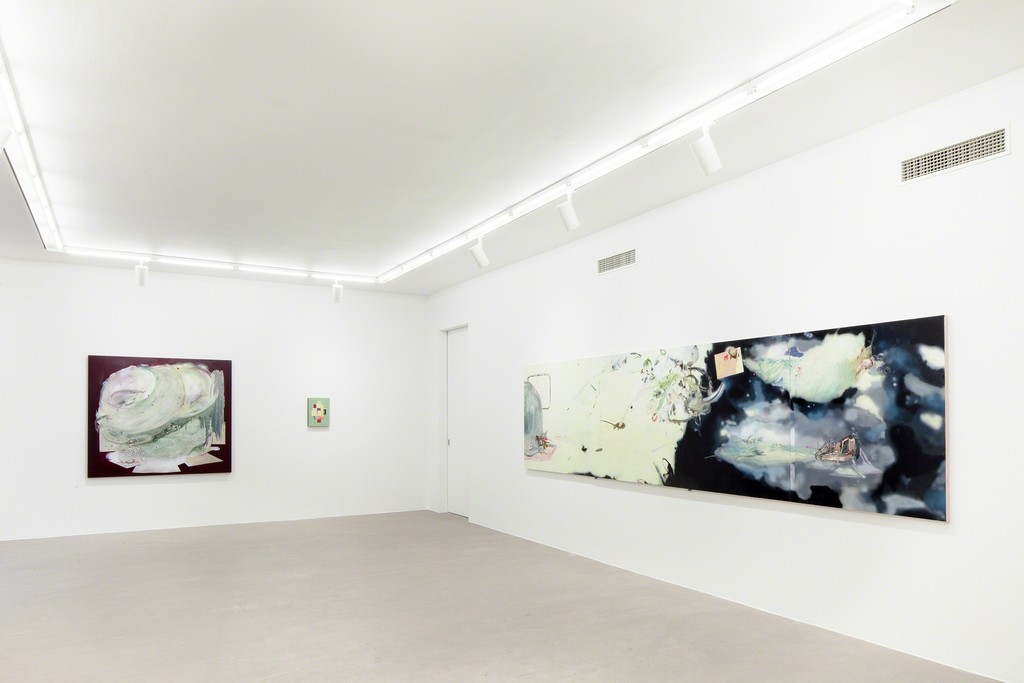 I've been terrified of the water, and yet it seems I'm forced to go into it on every movie that I make.
Natalie Wood

In the National Museum of American History in Washington, there is an exhibit presenting American identity. Next to Mickey Mouse is the gavel with which Abraham Lincoln abolished slavery, and next to Marilyn Monroe’s gloves there is the table at which the decision on women’s voting rights was taken. The display shows how easy it is to be conditioned to the European chronological and hierarchical manner of choosing and displaying the essential parts of a narrative.

The idea that a single theme could be approached from the widest range of directions possible was aroused by this museum visit. The goal became eclecticism, avoidance of pure style. This is underlined in small paintings realized as directly as possible from seemingly different themes.

The thematic of the present exhibition is associated with the loss of a feeling of security, seeking, the notion of the home and homelessness. Here the home is an ideal, a partly impossible fantasy of integrity and security.

The mind is capable of imagining a home, of considering itself to be elsewhere and of creating places. Fantasizing about a better place is an idealistic and ideological possibility. In a traumatic situation, the mind protects itself from overload. Both fantasy and denial will thus have an important role for survival; the mind needs fantasy in order to withstand reality. So-called reality and the imagined are not distinct; one takes place in the other and vice-versa.

An illusion of an imagined place can be painted on a two-dimensional surface with colour, by pouring and dripping and brushstrokes. The painting is marks on a surface, a window, an illusion and an impression. It represents at the same time itself and something else. If Paavo is in an empty room with a painting, what is the space in which Paavo’s experience takes place? Is he spending time in the room or the painting? That probably depends on Paavo. The viewer reflects him or herself onto the painting, thus making it also a projection.

A painter can say all he wants to with fruit, flowers or even clouds.
When you've got it, you've got it. When you haven't, you begin again. All the rest is humbug.
Edouard Manet

As an event, painting is intuitive solving and conscious consideration of what influences what. It is concentration and faith in painting, in solutions that one cannot argue for in the process of making the work. To argue for something is to ask for permission, to rely on something familiar, and that cannot be the goal of work. Part of seeking the realization of a piece is staring and perceiving what is seen. Occasionally, the goal is to create a good red, and occasionally to approach the banal without being banal.

The motifs in the exhibition have been chosen quite freely. Along with the home, certain aspects of modernism are subjects of nostalgia in the works. Modernism can of course mean many different things. In this exhibition, the dream of the modern is equally associated with an abstract sculpture, Olof Palme, a father figure of the Folkhem or people’s home as the Swedish welfare state is called, a happy house, a squirrel, and Marilyn Monroe. Dreams of form representing itself or of pure conceptualism represent utopia. The relationship of form and motif, like that of image and word, is the inbuilt theme of the paintings. Form is occasionally made the motif of emotion; emotion can achieve form. The empty is in a relationship to the full; the translucent to the opaque; a fast mark to a slow one; red to green.

A painting is worth looking at. The starting points and ideas are always something else than the painting itself.

We have all heard what we wanted to hear! Truth that sounds right to our ears!
William Faulkner