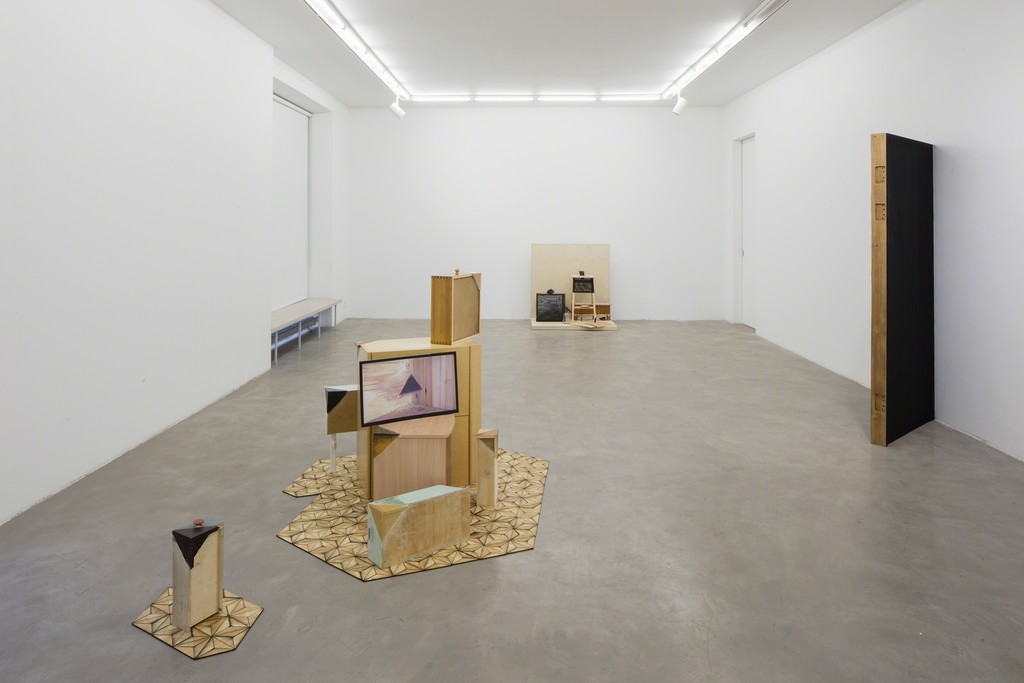 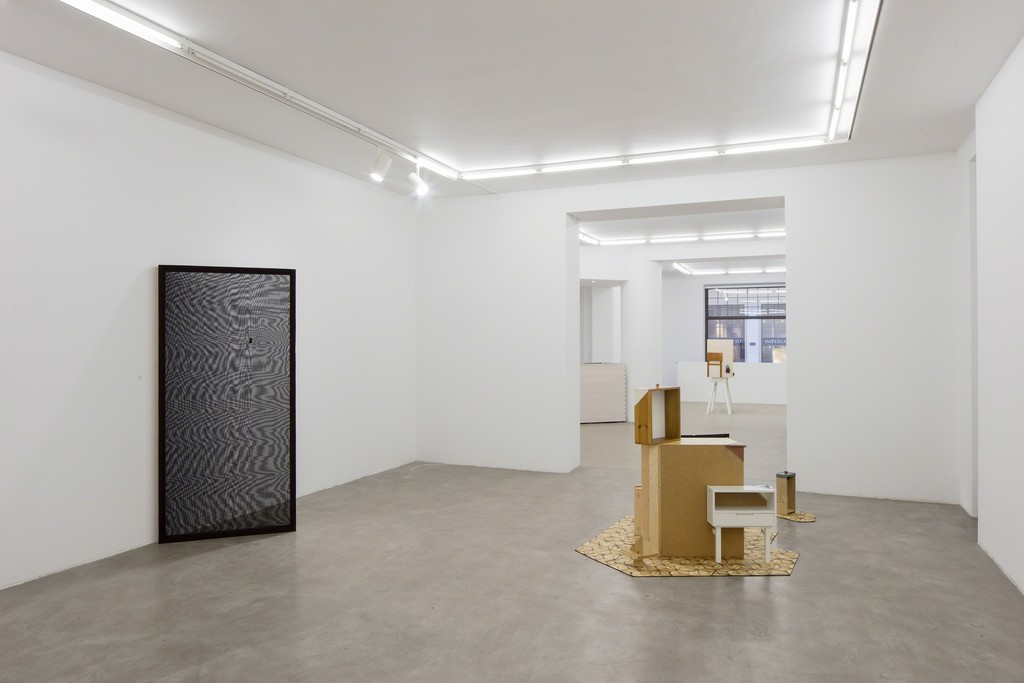 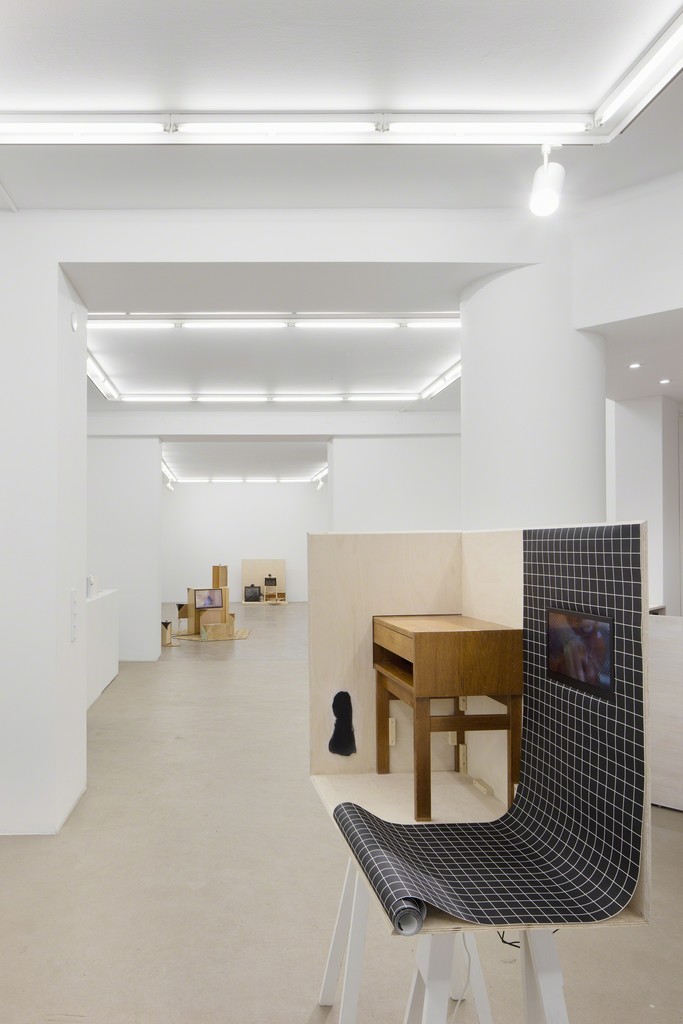 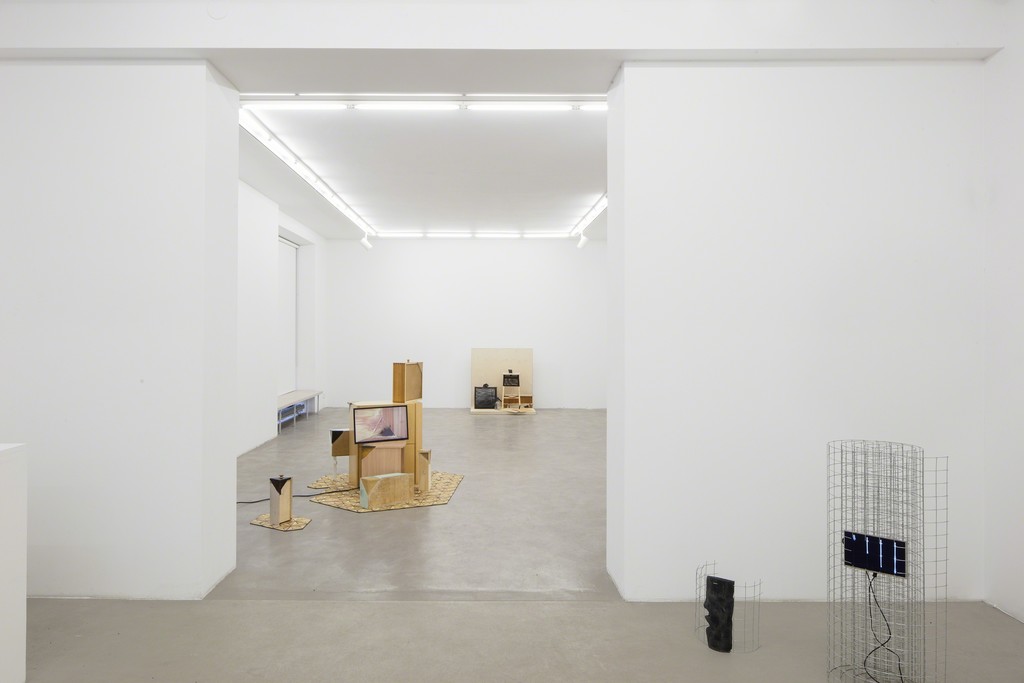 The points of departure of her exhibition The Square Elephant at Galerie Anhava are crystallised in two themes. Aho considers on the one hand how we have become accustomed to viewing the world through a grid-based perspective and on the other hand how the human body or organic nature adapts to the built environment.

Aho is interested in what happens when one surrenders to the unknown to sense the world with an open mind. She observes her everyday environment, such as the branch of tree that has grown into a fence of metal netting by a roadside or how one’s hand fits just perfectly into a pocket made to measure. Nature is characterised by diversity and the various manifestations of existence, while the man-made world is largely based on rectangular or square shapes. Where do we come to the boundary beyond which the environment designed for people no longer feels good? How much leeway do we have in the built world? And how much are our everyday encounters with the environment dictated by habit?

In Heini Aho’s works, the analytical meets the intuitive, and the material meets the immaterial. Although the themes of the exhibition are initially broad, Aho’s method is always based on observing a concrete phenomenon and the law-like characteristics of the material. The form of the works and their spatial execution often bring to mind a stage or stage set. The objects and materials are an entity serving as a platform or stage for the video piece shown on a monitor. The moving image, in turn, introduces a performative dimension. In one of the videos a saw removes the corner of a cabinet and in another one hands push ever-larger objects through a dense net, until the net no longer gives way. The exhibits offer alternative, insightful and even humorous interpretations of reality. A subtly light-hearted tone typical of the artist is present in them; it may be a touch of humour, wonderment with an element of joie de vivre to it, or a surprising feeling of freedom before ordinary matters.

Heini Aho graduated from the Finnish Academy of Fine Arts in 2015, and the Turku Academy of Arts in 2003. In recent years, her work has been on show in solo exhibitions, such as The Primary Force Behind an Everyday Experience at the Titanik Galley in Turku, Playing with the Dragon at Forum Box in Helsinki and More Black at the Small Projects Gallery in Tromsö, Norway. She has also participated in many group exhibitions, including Fin Between at the Arena 1 Gallery in Santa Monica in Los Angeles, meta/data/morphosis at the Or Gallery in Berlin and The Hunters Group: Heart Side Up at Kunsthalle Helsinki. In 2016, Aho was awarded the main prize of the William Thuring Foundation. Her works are included in the collections of the Kiasma Museum of Contemporary Art and the Saastamoinen Foundation, the State Art Collections and a private collection in Belgium, among others. Heini Aho is a member of the international Videokaffe artist collective.