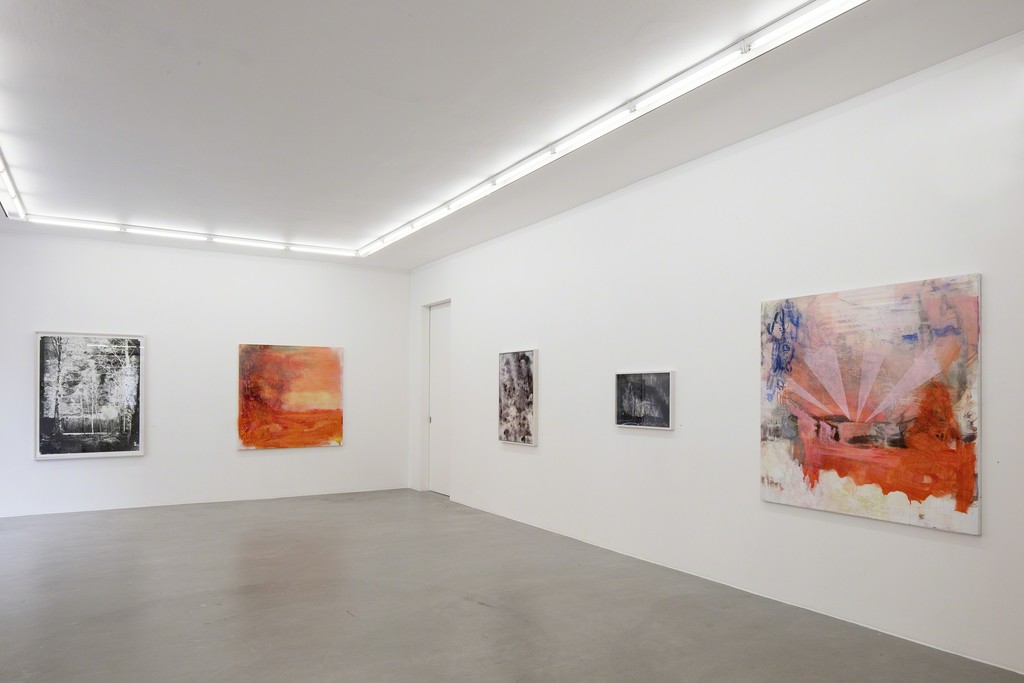 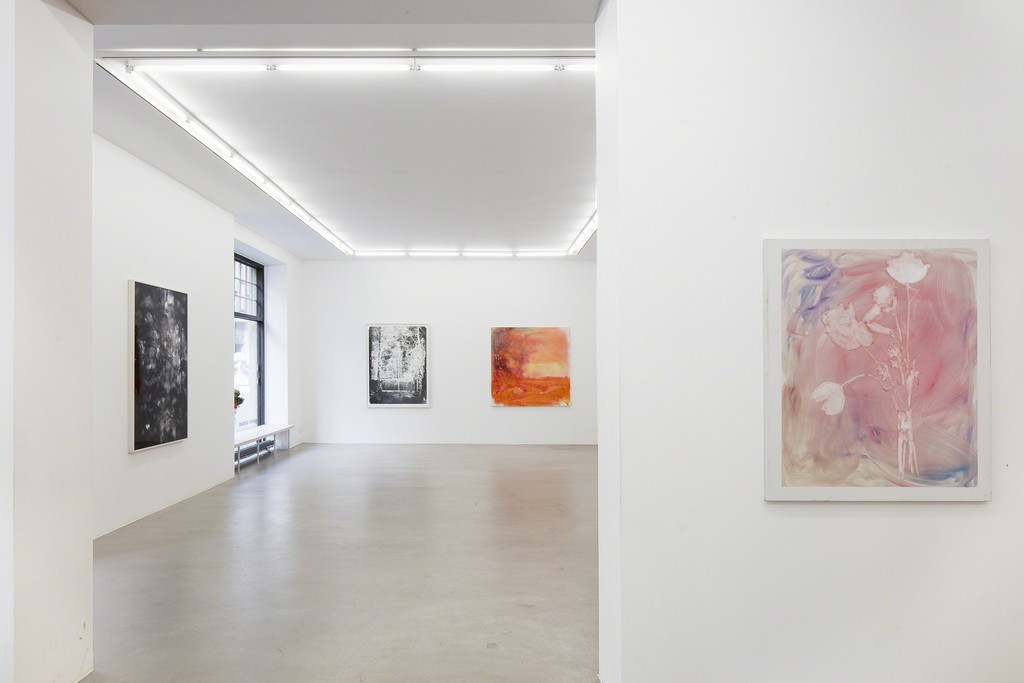 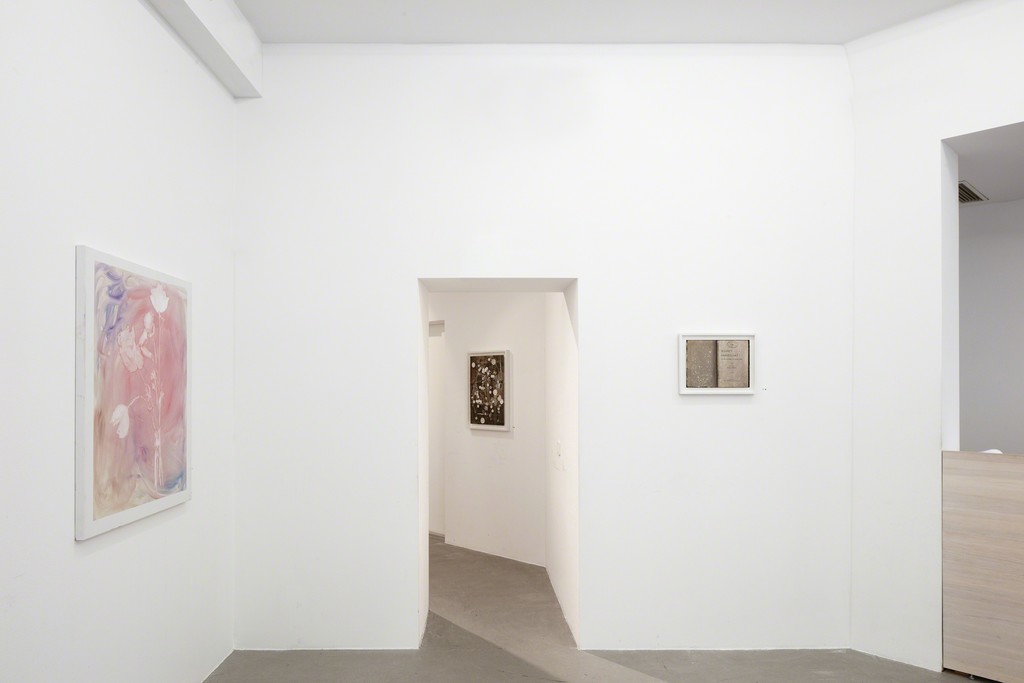 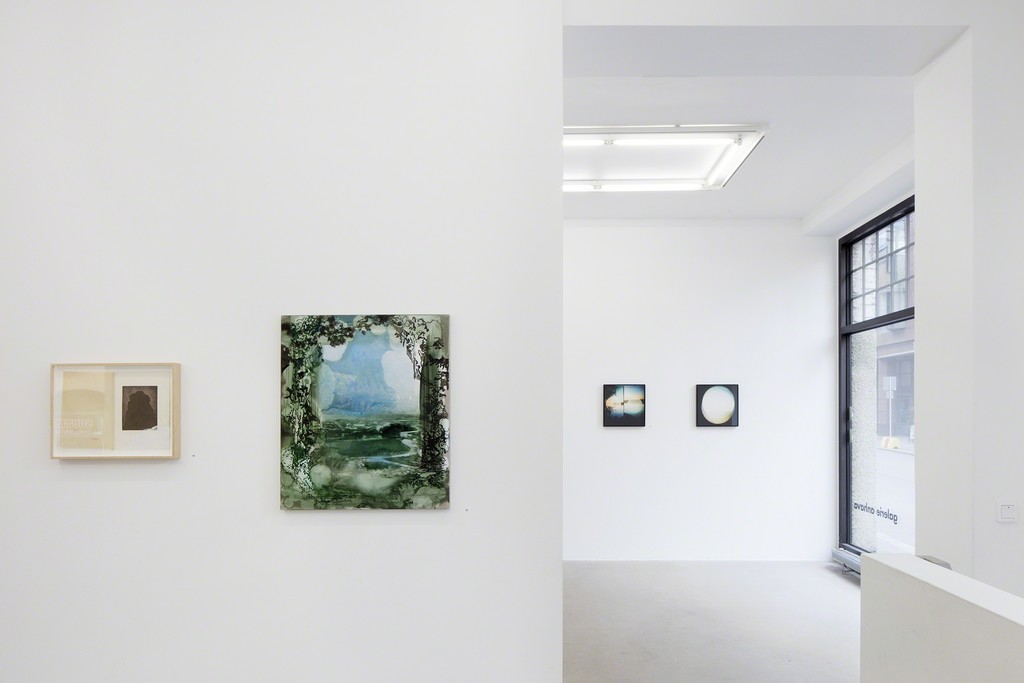 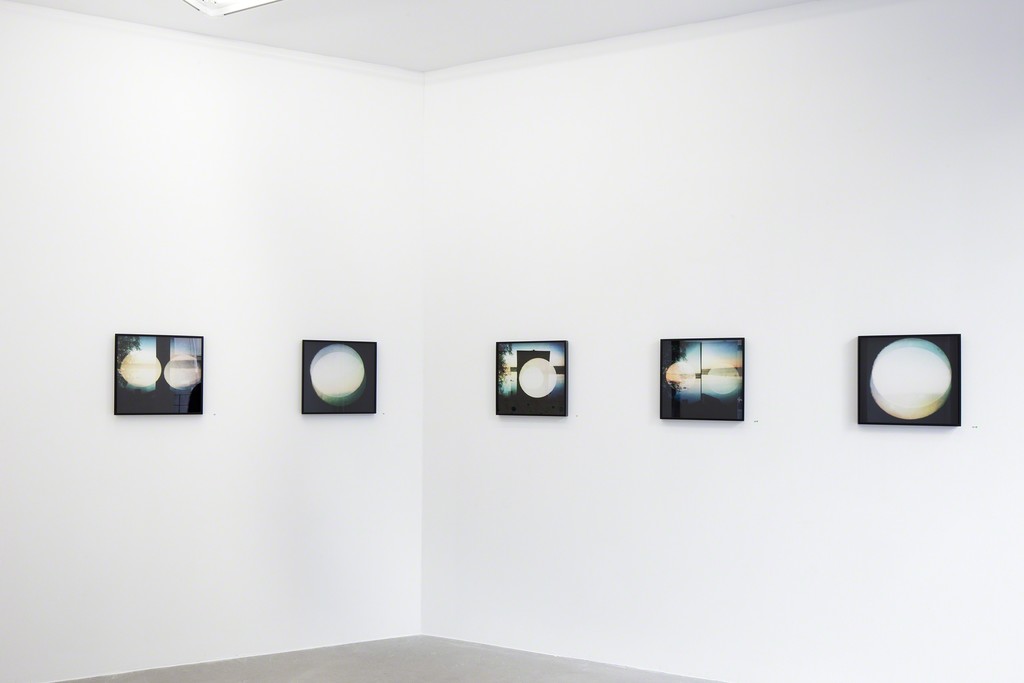 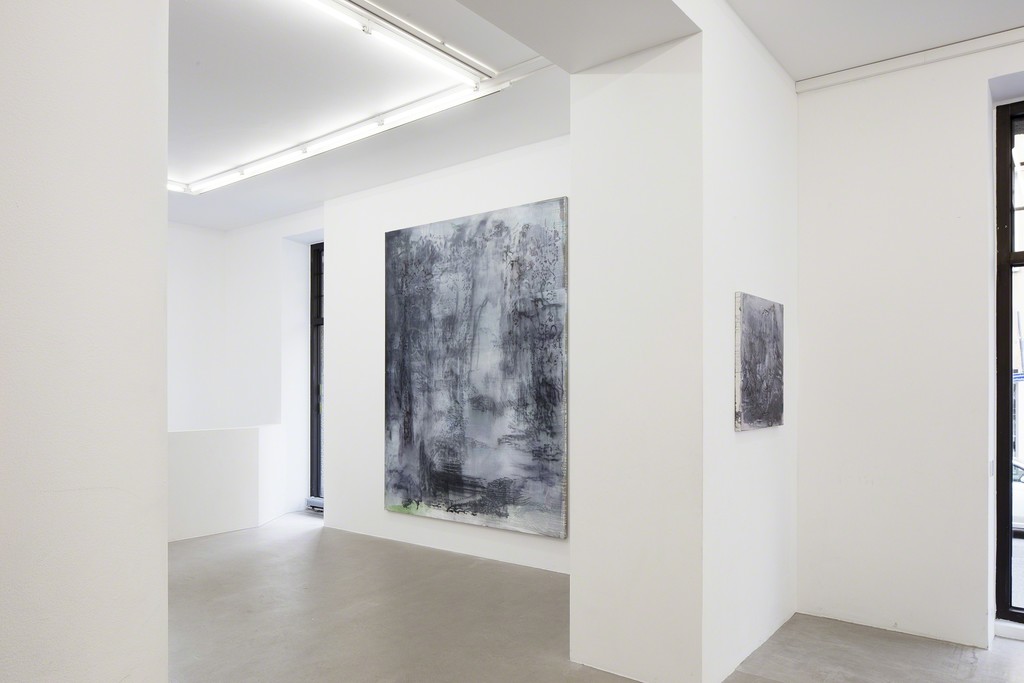 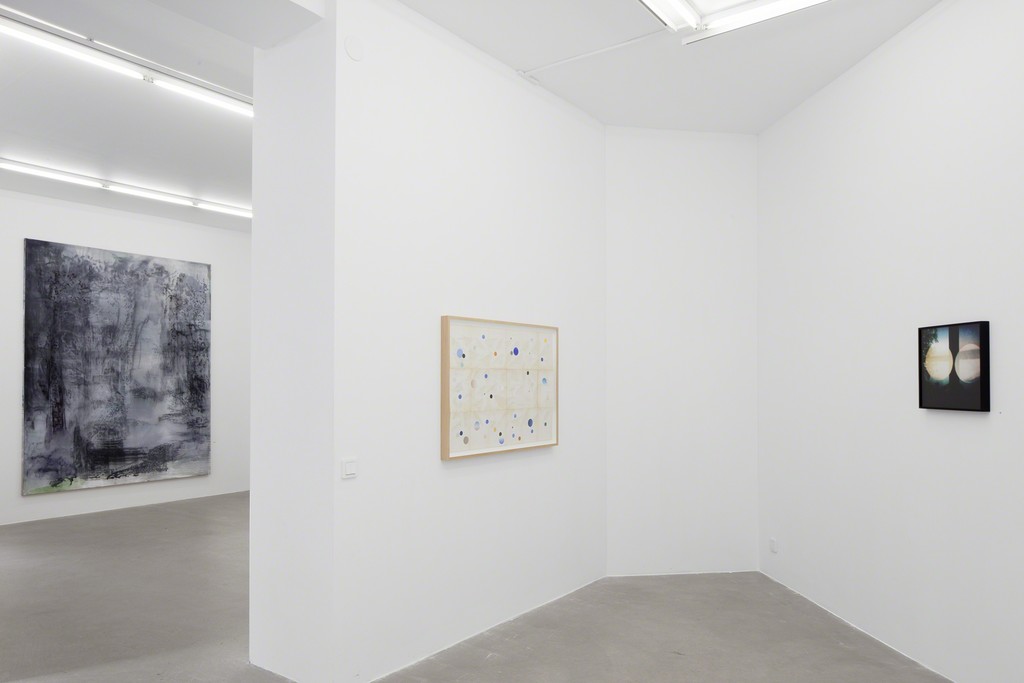 “…how things really are, why it is that around me things sink away like fallen snow, whereas for other people even a little liqueur glass stands on the table steady as a statue.’”
Franz Kafka: “Description of a Struggle” (1909)

Heli Hiltunen’s exhibition ”Wish to get there before dark” consists of photographs, paintings and collages. Her work is marked by her wide range of visual thinking and subtle considerations of the essence of the image. White ink has fallen on an old photograph. A landscape photographed through a large lens turns into a ball of light with soft contours. The surface of a black screen dotted with fingerprints allows the viewer to see the marks of hundreds of touches, to discover forms, or to see a landscape. In her collages of forest themes, Hiltunen cut sequins from old photographs that she then glued to the surface of another picture. Balls painted with silver paint flow on the surface of the image, appearing to be darker or lighter according to the direction of the light falling on them. In her layered landscape paintings, Hiltunen has occasionally ground the painted surface smooth before continuing work.

The artist’s visual thinking focuses on the act of seeing and the diachronic nature of the image. A single image appears as an impossibility, the core concerns being the imprecision of perception and the malleability of memory.

Heli Hiltunen (born 1960) graduated from the Finnish Academy of Fine Arts in 1990, and has participated since then in numerous solo and group exhibitions both in Finland and abroad at venues including Galleri Andersson Sandström in Stockholm (2012), Galerie Susan Nielsen in Paris (2009) and Galerie Birthe Laursen also in Paris (2004). Heli Hiltunen was awarded the Ars Fennica Prize in 2001. Her works are included in several Finnish and Nordic collections, including the Amos Anderson Art Museum in Helsinki, the Helsinki Art Museum, the Wihuri Foundation and the Sara Hildén Art Museum in Tampere.