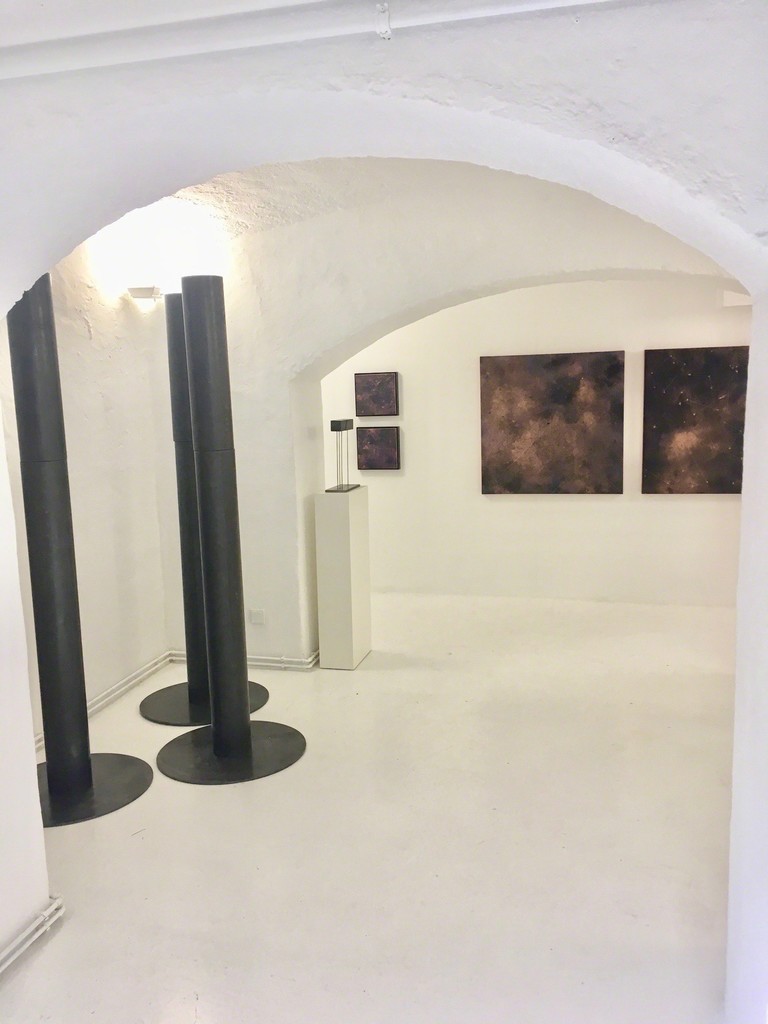 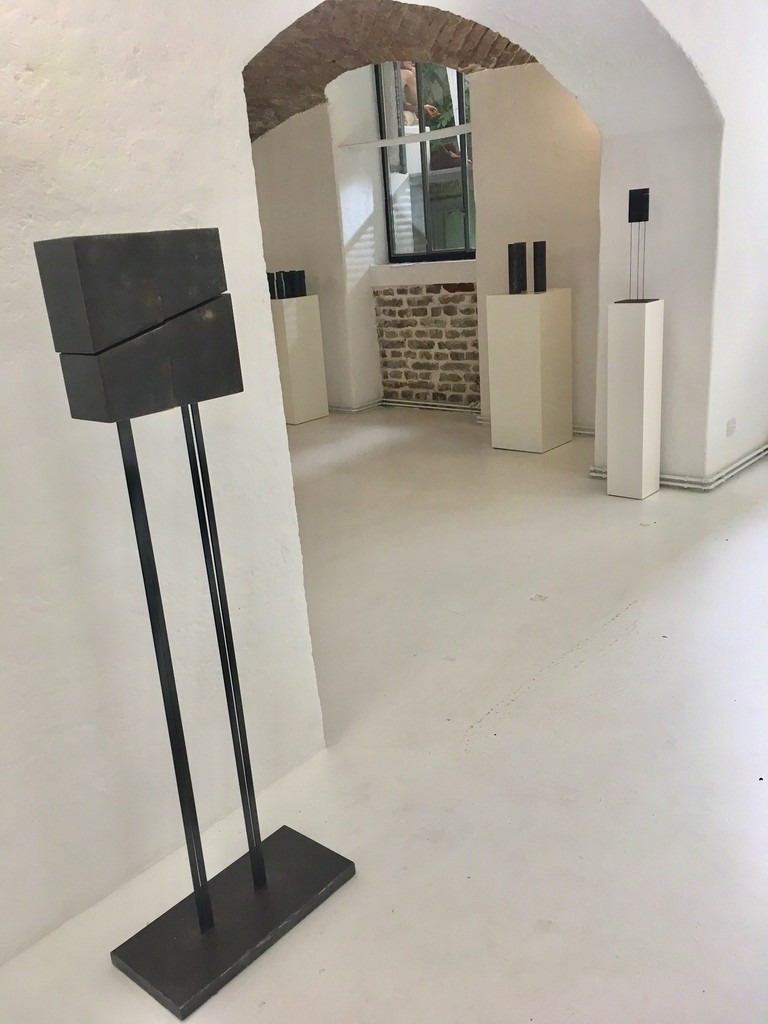 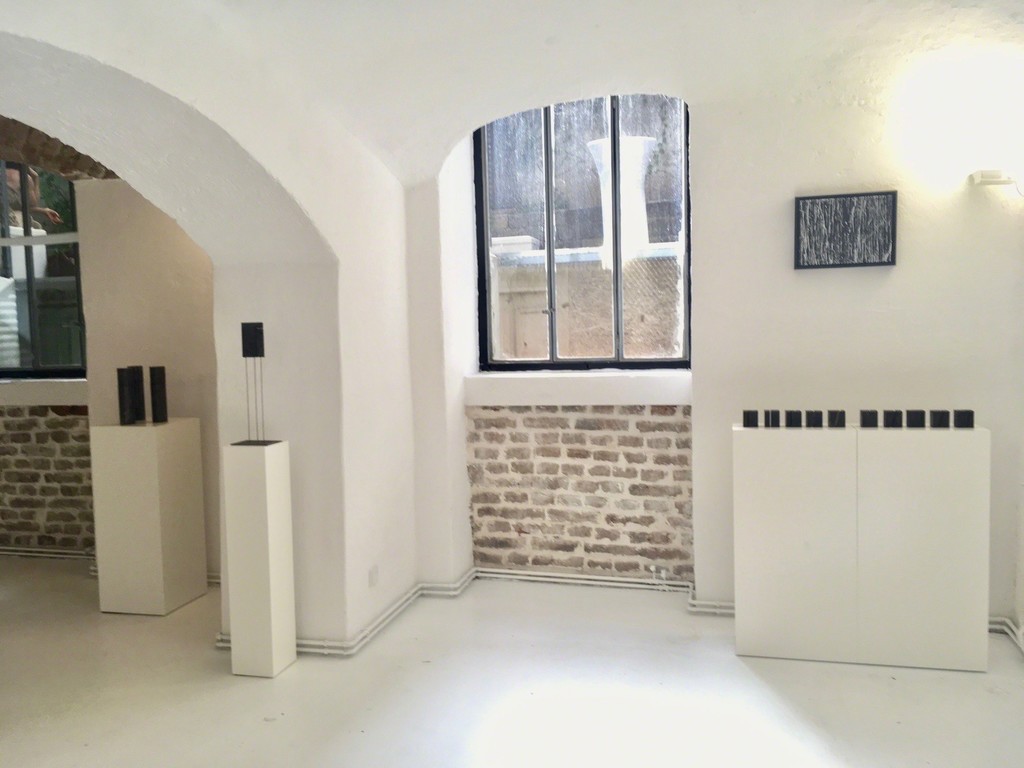 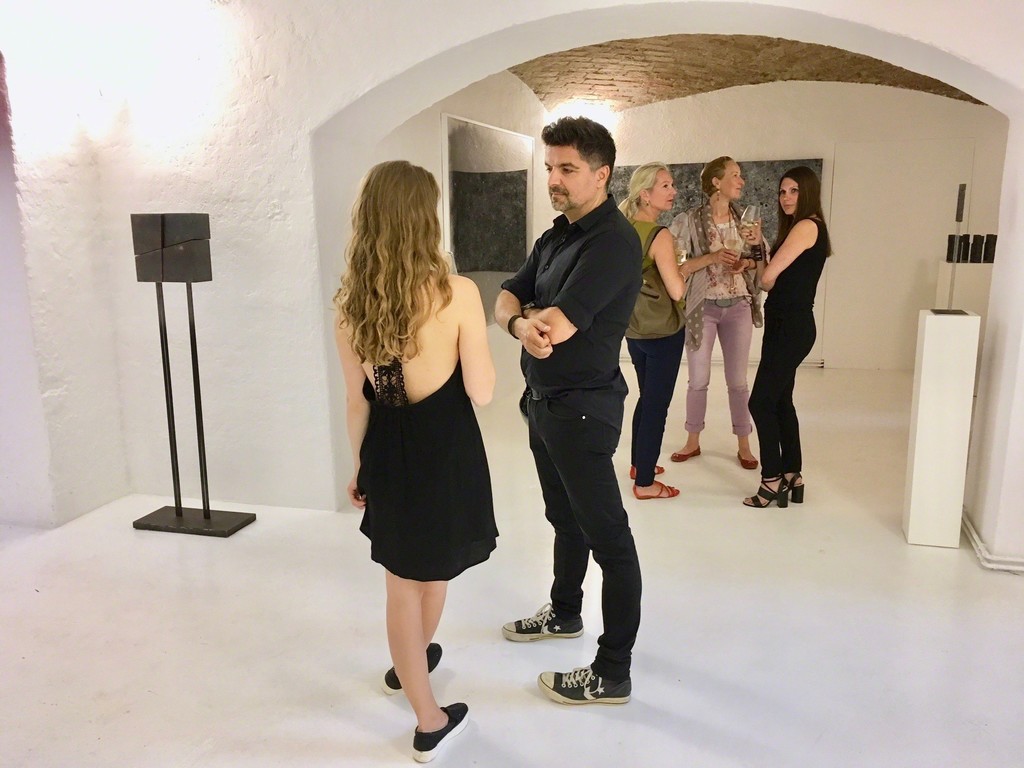 Reality and reality are abstract concepts. They vary from person to person and can even be completely contrary. When a group has a common reality, it is created by communication and definition, by common convictions and views. Reality is thus not simply there, it is constructed and thusrepresents the interior of a group, a society.

Katharina Lehmann takes up this construction of reality in her art objects. At the beginning is their thread-drip painting technique, which produces organic structures from threads and acrylic paint. The fabric that the artist creates with her is the basic building block for the three-dimensional as well as the works on paper and canvas. The natural, chaotic is so symbolized, coincidental connections and events that shape our reality and perception.

In contrast, Lehmann sets geometric lines connecting the nodes of the tissue - the attempt to bring order into chaos. Through appointments and plans the reality is to be forced into a grid, straight one wants to move from point to point and blinding out that one is always subject to natural chaos. Thus in the works always the mass of the organic structures over the clear lines. At the same time, Lehmann creates the reality of the viewer through her work, gives him a point of friction and a starting point for impressions, opinions and thoughts about his own reality, but also about the reality of the artist herself.

Jürgen Heinz abstracts reality and reality a bit further and destroys the expectations of his material, the steel. The metal otherwise used in the heavy industry is alienated from its usual use and reversed to the contrary. Heinz creates movable, futuristic sculptures which are as far away as possible from bridge construction and reinforced concrete.

The modular work like "interface" or "people" reminds of monuments or monuments, they change space by their mere presence. Simple forms, arranged from mobile modules and divided by cuts, form a fascinating order,which can not be withdrawn. They want to go and sculpt the sculptures straight, complete the forms and remove the asymmetries, and yet feel that these are necessary for the special attraction of the steel constructions. For these forms and patterns are only constructed, they keep the steady state of orderly chaos, and between the steel modules of "interface" space remains - from which we form our reality. The Space Within is ultimately the space in ourselves.