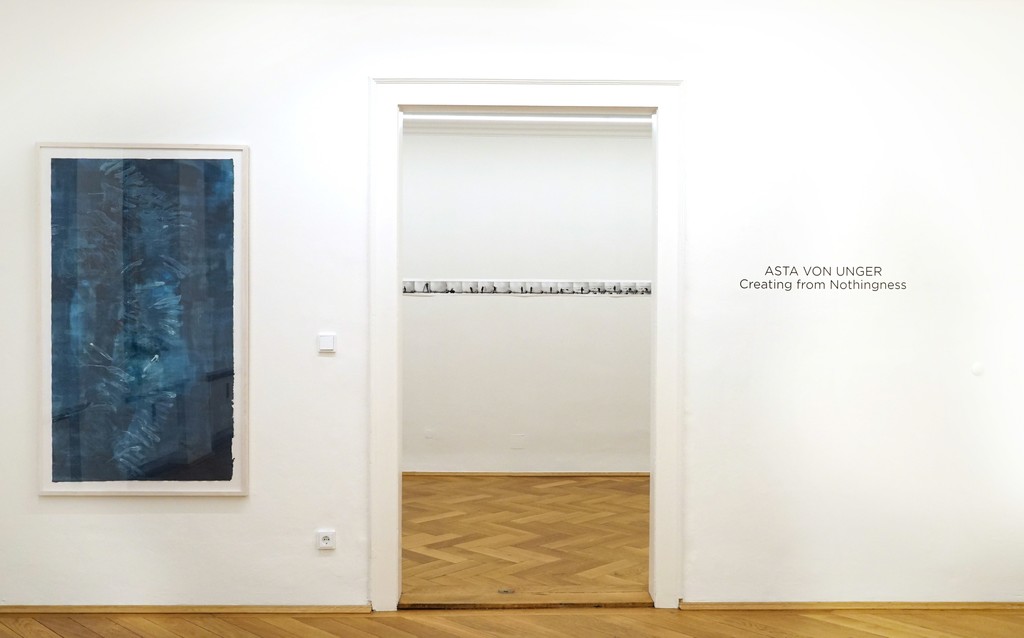 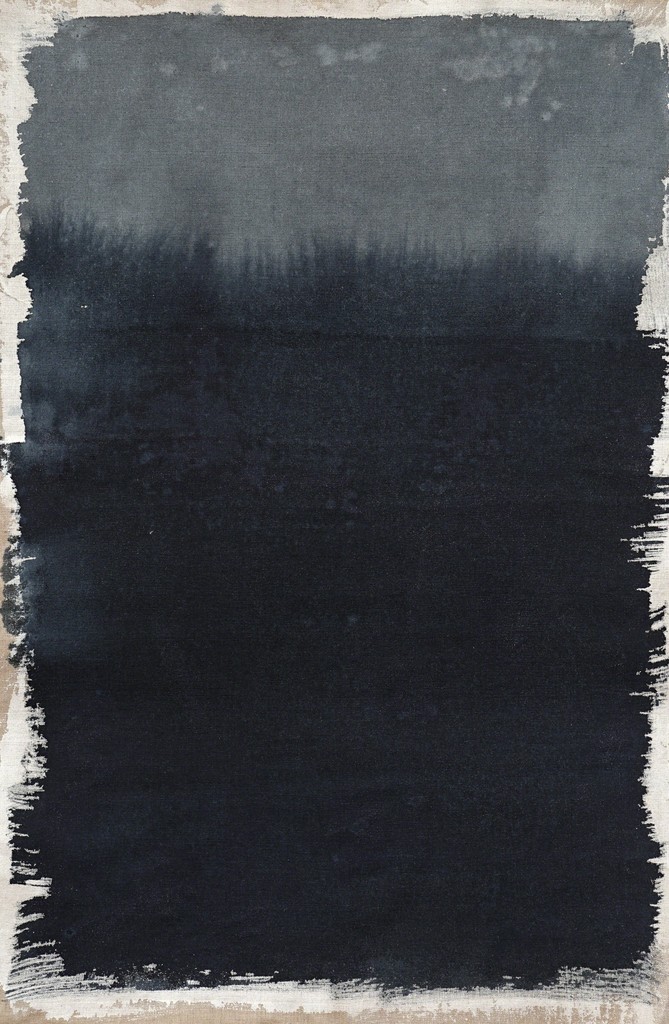 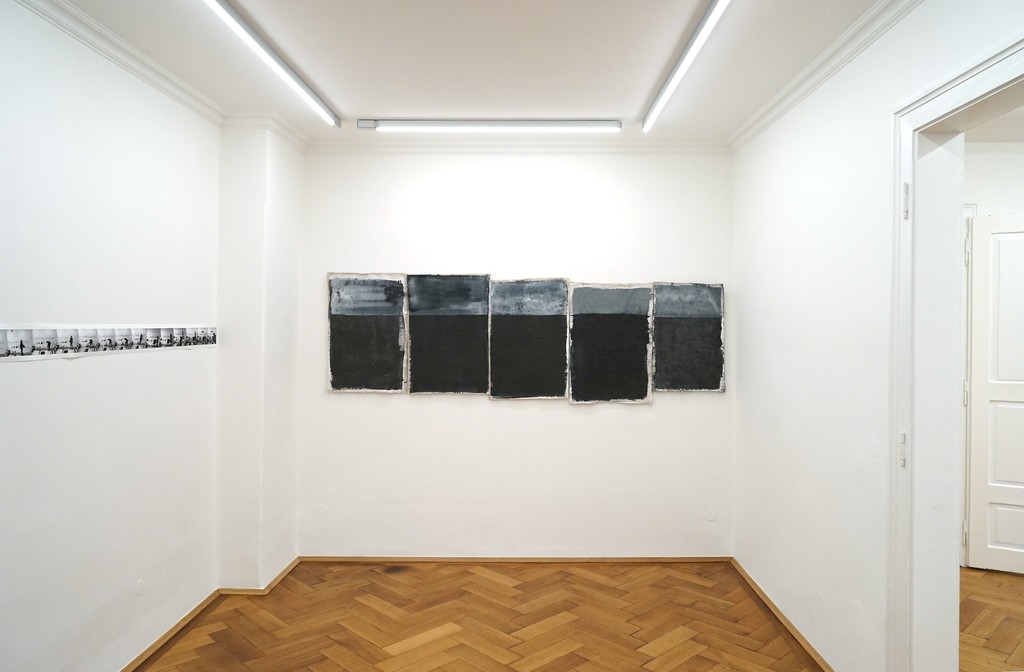 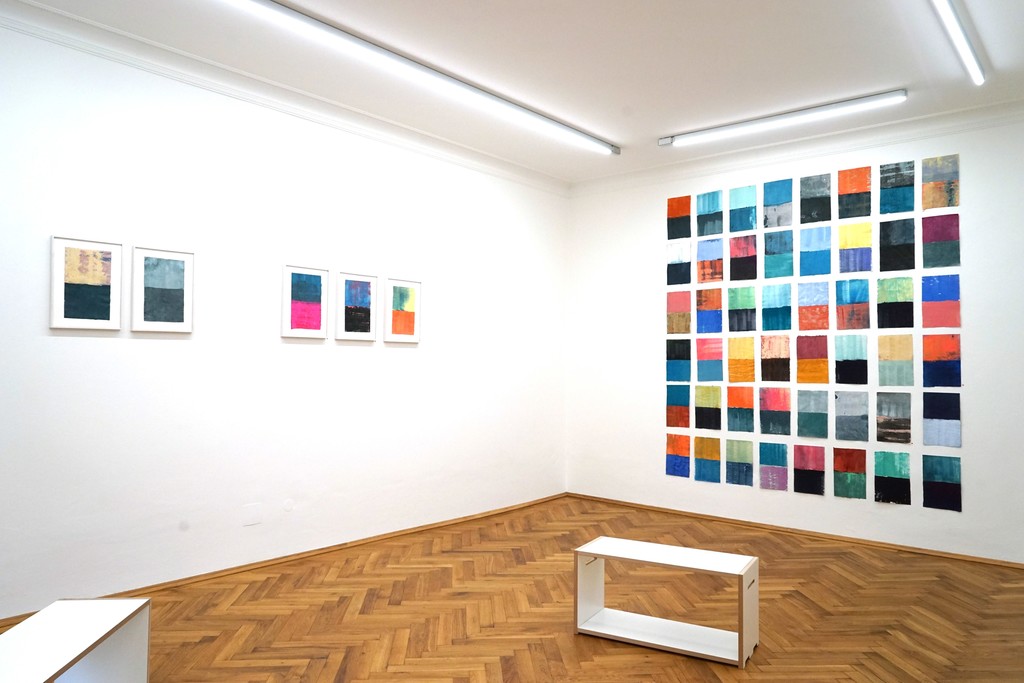 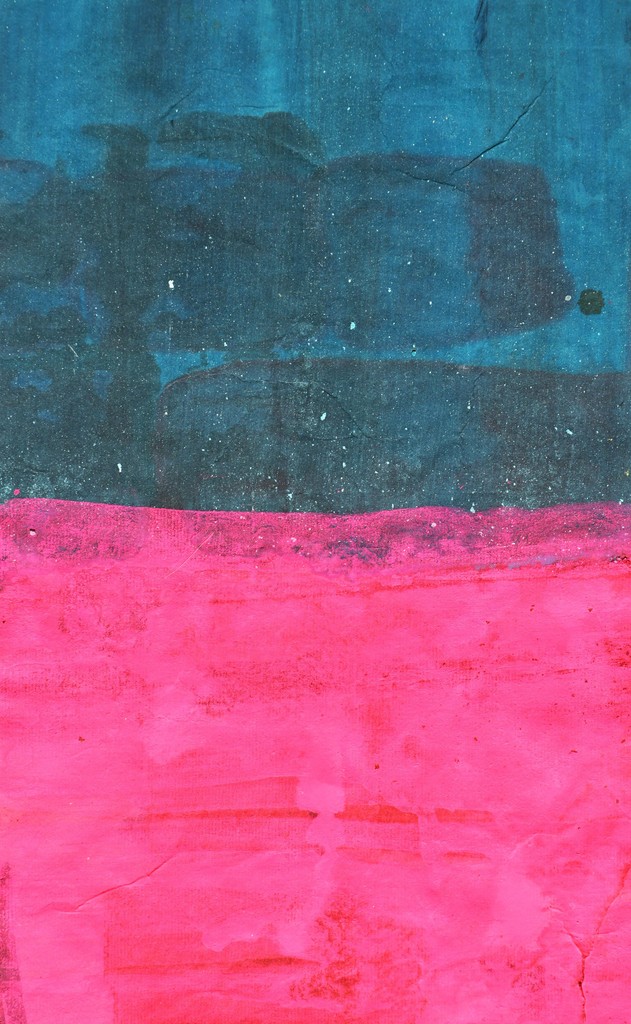 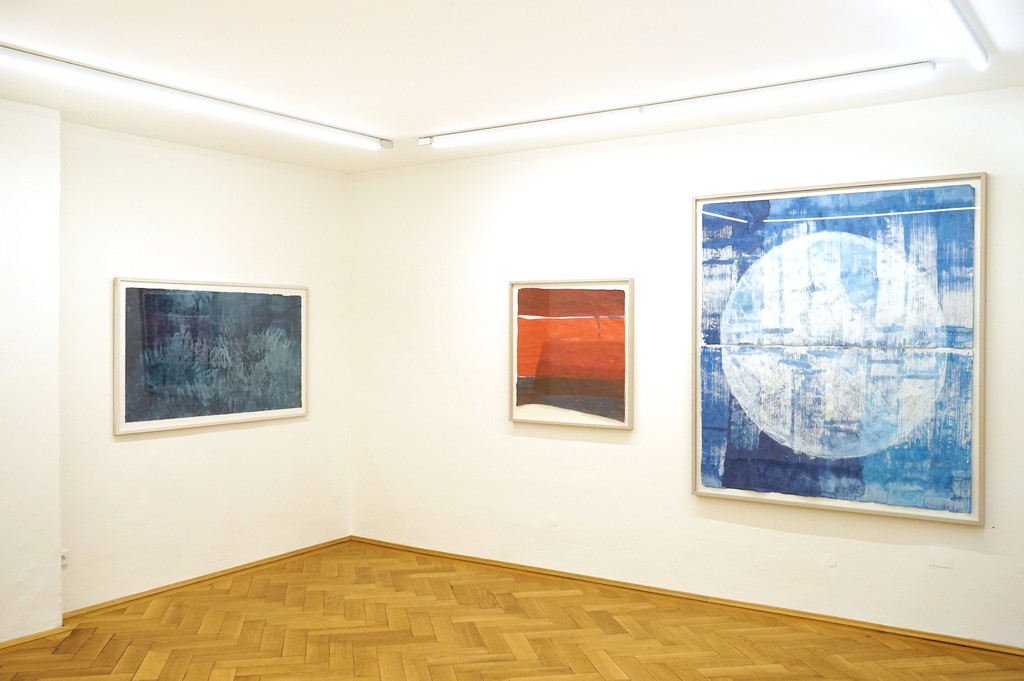 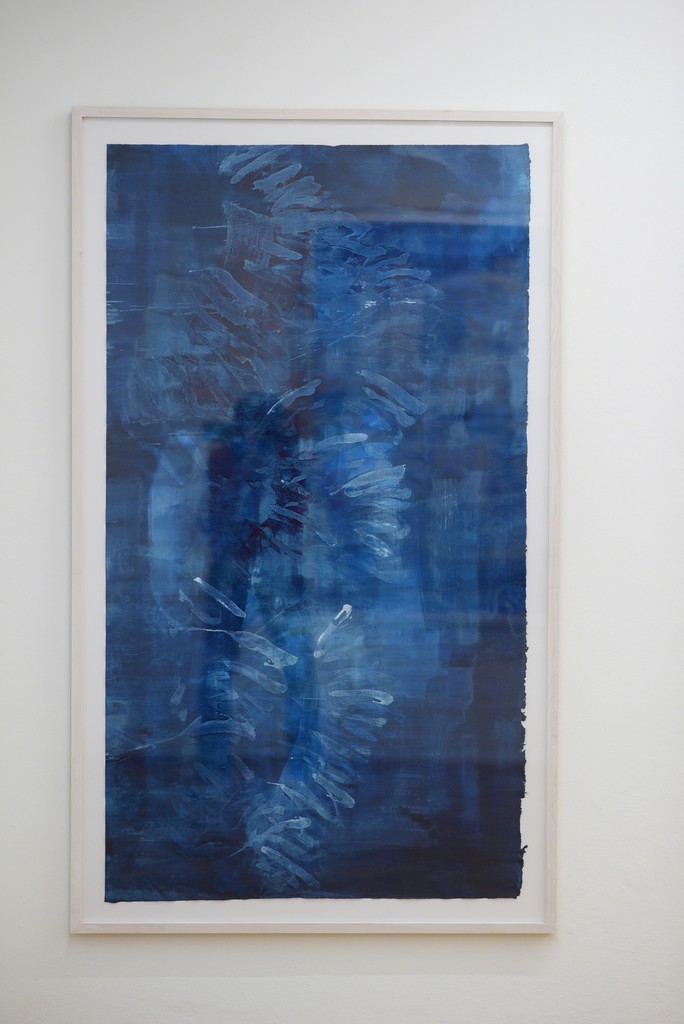 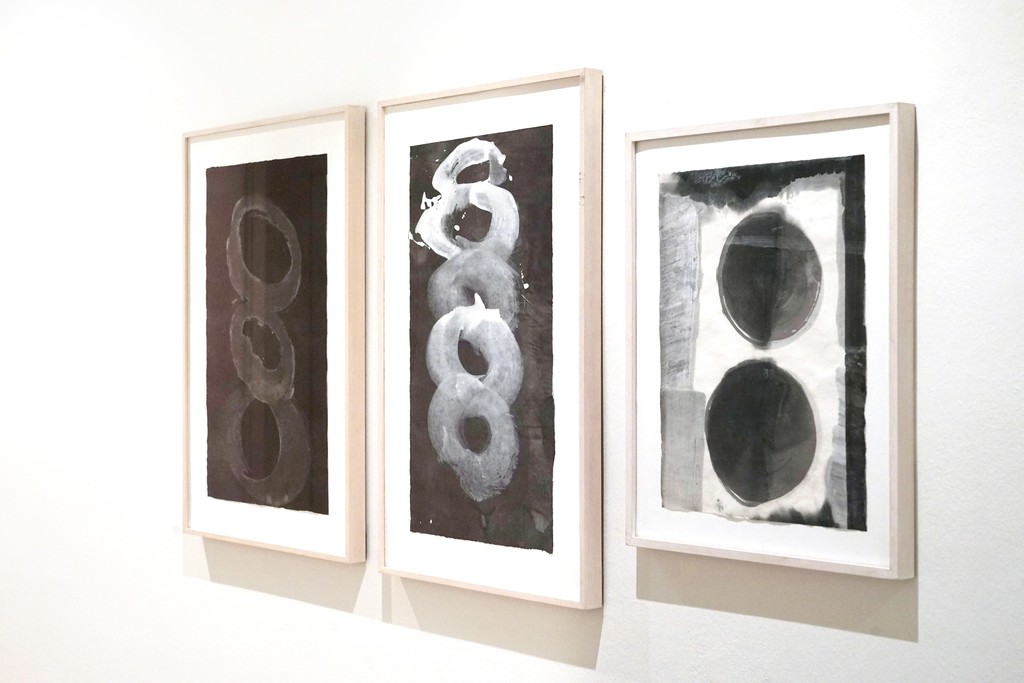 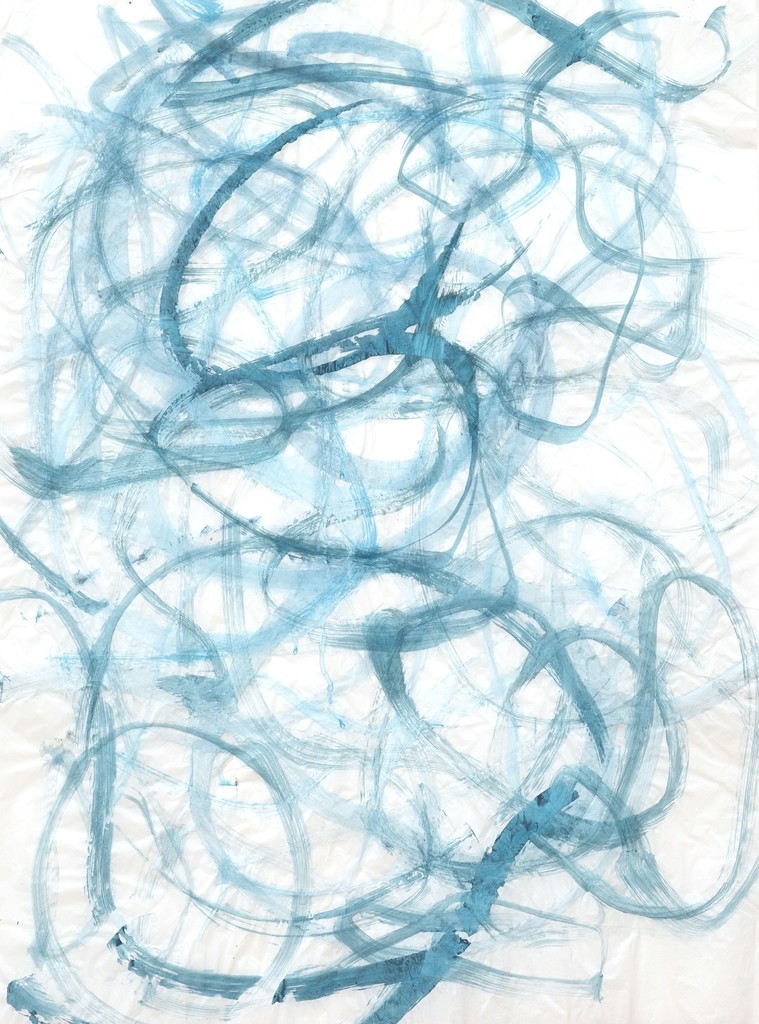 In her ink works on canvas, silk paper and aluminum, the Munich-based artist approaches the boundaries of nothingness. The more experience one has, the more extensive one’s knowledge. The denser their horizon of experience, the greater their tendency toward reduction, and the more they turn to emptiness and thus to the experience of the lightness of their journey.

Von Unger has been dealing with this complex of topics ever since her university studies in philosophy, and, she has repeatedly encountered water as an element along the way since then. Forms of dissolution and comedy, among other things, are expressed through diverse focal points; sometimes alteration is in the foreground, sometimes optical illusion. Various surfaces, some of them lustrous and reflective, tantalize us time and again. Over and over, as elementary as water itself, the artist dares to step toward the existential. Her changes of perspective and her handling of space are a fascinating result of her scuba diving experience. Matter and material enter into a partnership that approaches perfection.

One room of the exhibition is dedicated to the multi-part work “A Perfect Day” from 2016, which consists of 48 ink on paper prints. This installation portrays the yearning to recognize and to perceive the beauty of Liguria and to be able to record and to internalize that beauty. The individual prints are designed as double sheets, deliberately torn by hand, so that they are not perfectly exact but are reminiscent of series of American Color Field paintings. The central crease creates a free space that opens up an area where the fields of color can communicate.

It is Asta von Unger’s aspiration to transform all that exists and its origins using that which barely exists, and this aspiration is characterized by a reduction of both material and form. In her most recent series “Pool Water” (ink on silk paper, 2018), not much of either the pigment or the water is left after they dry, but the traces of the work process are clear: after water has caused the cellulose to swell and allowed it to shrink again, the silk shines and the paper curls and wrinkles. The shapes in von Unger’s work emanate from the line and sink deep into the paper. They are still layered dynamically, processed together with a broad brush – until the now-delicate surfaces swell.

In the exhibition “creating from nothingness”, it becomes clear that von Unger has dropped a lot of ballast. Like Paul Klee (1879–1940), who succeeded in bringing intuition together with scientific principles, von Unger’s free line breathes the origins out of her geometric structures. Her effortless penetration of the existential sheds gravity yet retains complexity. This newly achieved lightness is well thought out; its execution both intelligent and logical. Weightlessness opens up new possibilities and freedoms. The line continues to move freely; it follows the wave movements of the water in its form, and thus finds its origin.

Artist and art broker Asta von Unger (* 1970) lives in Munich. She studied Linguistics, Philosophy, German and Romance Studies and Art History at the Ruhr University in Bochum and at the Università degli Studi di Bologna with Umberto Eco. After which, she worked in Bologna for six years. In 2006, she began her studies at the Academy of Fine Arts in Munich, which she completed in 2010 as a master student with Günther Förg. She has exhibited in numerous solo and group exhibitions in Germany, Italy and Switzerland since 2009. In 2017, she participated in the group exhibition “Greetings from Munich”, the Britta von Rettberg Gallery’s grand-opening exhibition. A few months later, the gallery presented a selection of von Ungers’ works in ink on paper at the Paper Positions Munich fine-art trade fair.