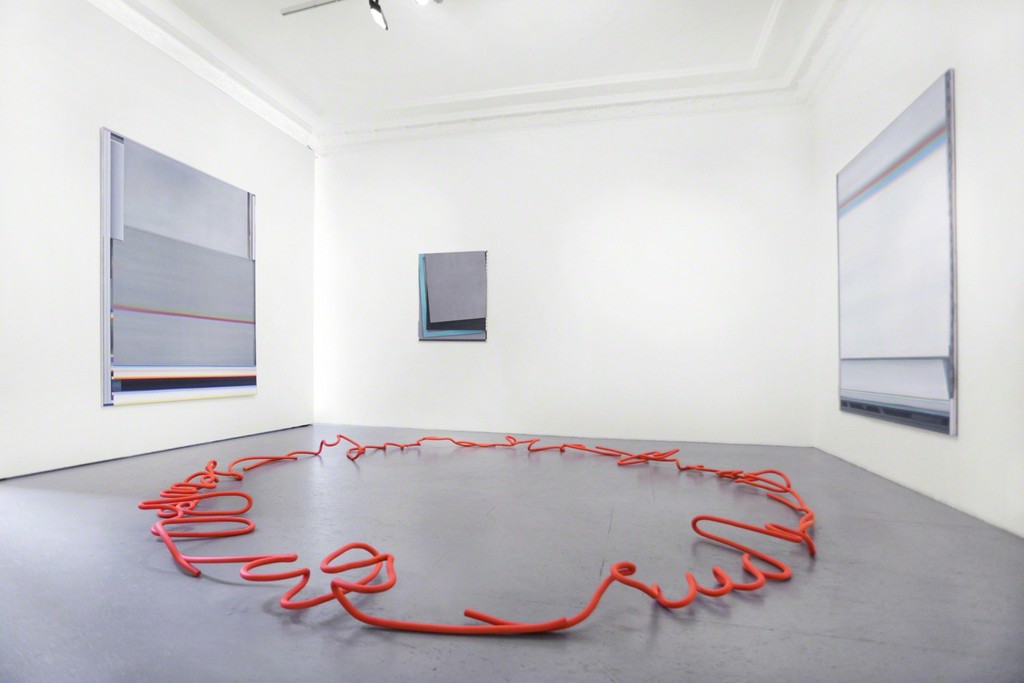 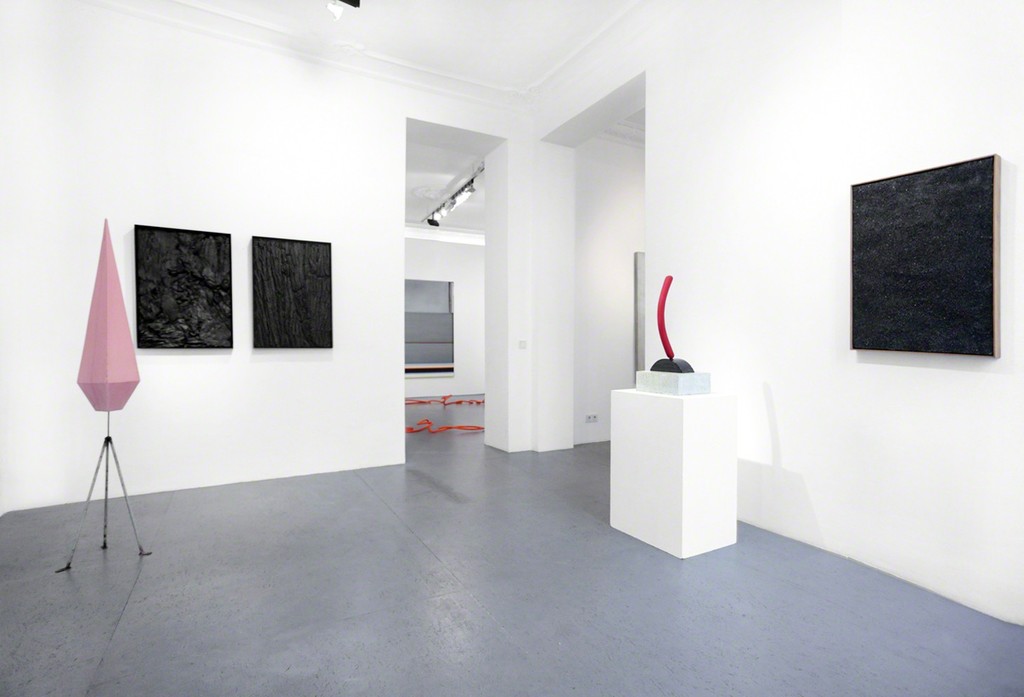 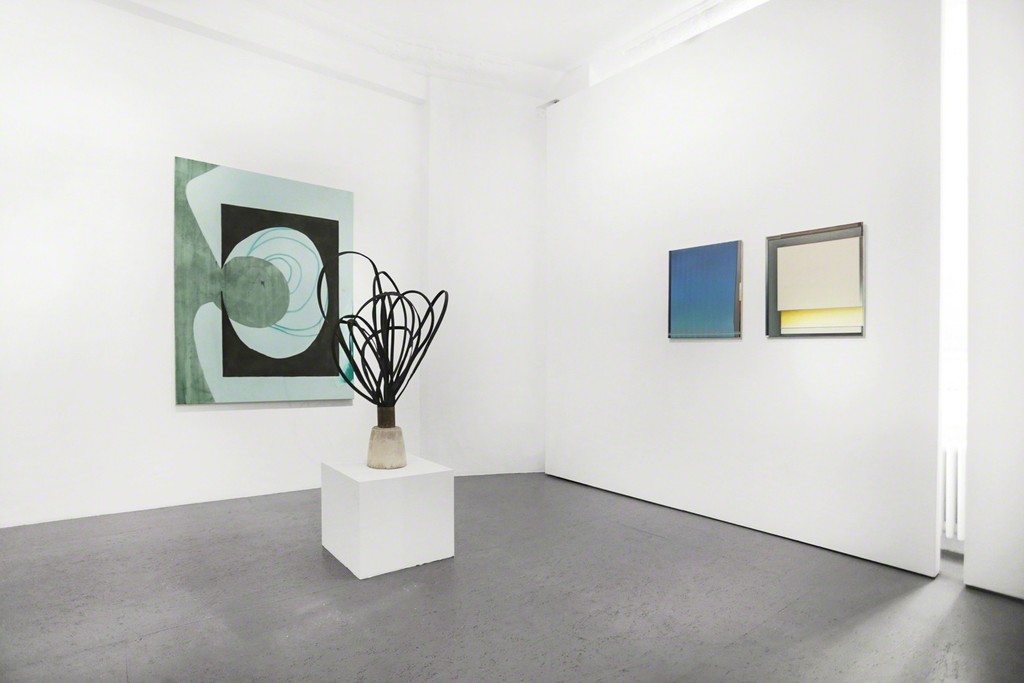 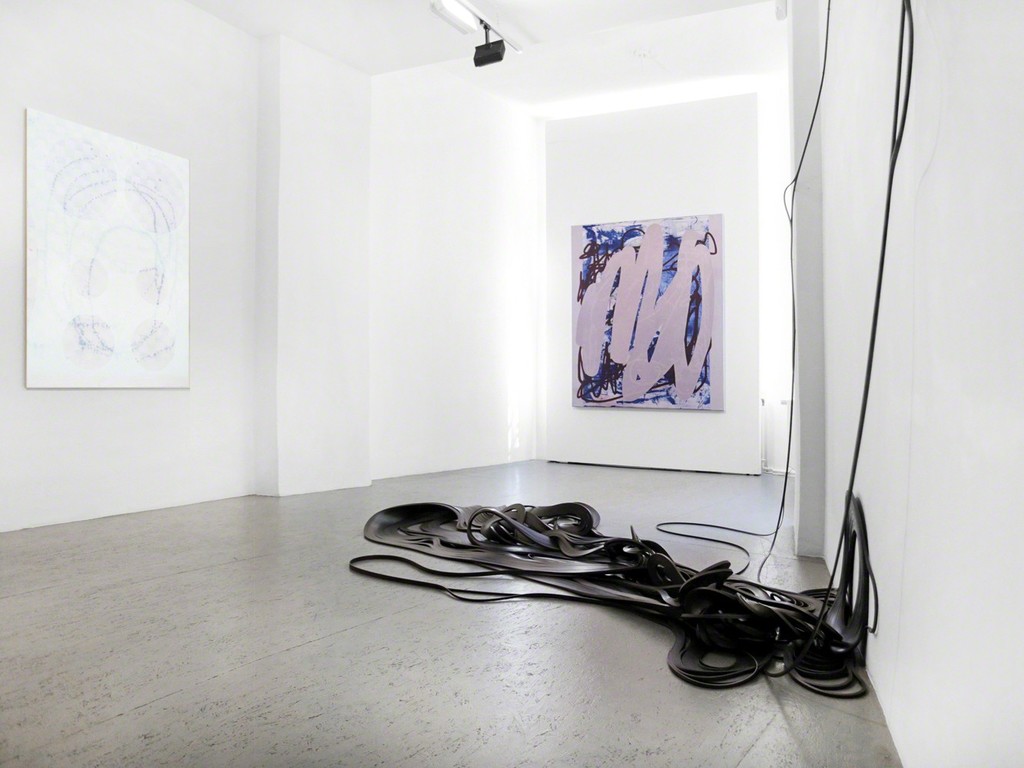 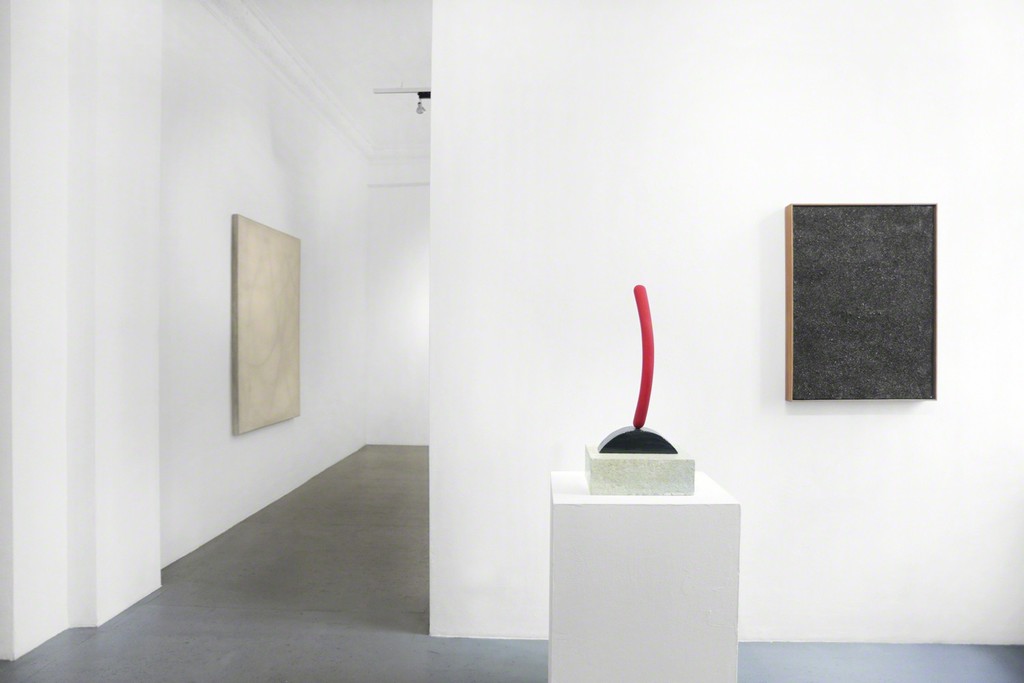 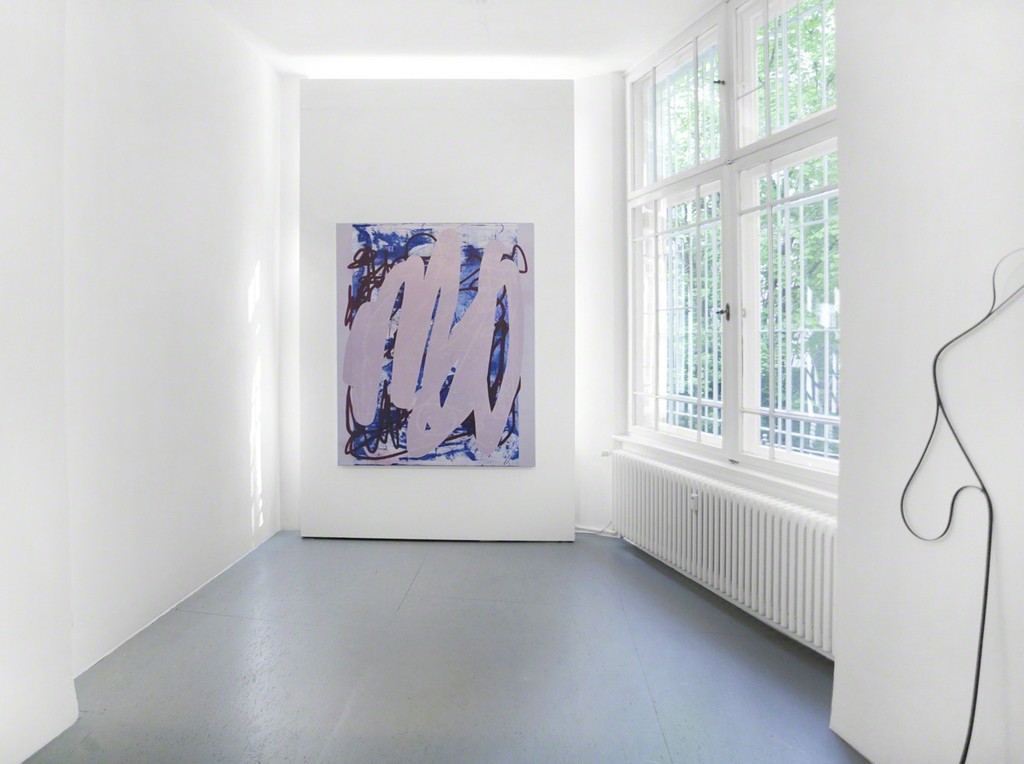 From the wealth of compositional possibilities that are available if they are not predetermined by a motive to be imaged, all of the four artistic positions shown are united in intimations – using gestures that can contain a meaning but do not necessarily have to:

Enne Haehnle’s sculptures and installations show a dynamic line which, after some time of careful examination, first formes into words, then into fragments of sentences, poetic texts, but in their three-dimensionality only readable from certain perspectives. A changing play of abstraction and readability unfolds, which remains intangible even within any possible means of interpretation.

Enrico Bach’s paintings are self-reflection on the fundamental questions of pictorial architecture: In his compositions, depth spatiality meets colored surface painting and two-dimensionality meets spatial constructions. Thus, Bach's layered color and pattern surfaces create the illusion of a more or less deep space. At the same time, he leaves the conventional compositional pattern of a centered motif behind: The image’s edges and background become deeper levels that are often overlain by large-scale monochrome, but not homogenous surfaces.

The illusion of depth in, on and behind a canvas can also be found in Kristian Pettersen's sculptural wall objects. His work is characterized by the direct examination of form, material and surface texture. His works act self-referentially, resulting from a moment of possibility. An inkling of what lies behind, what once was – or could have been.

Maria Schumacher's paintings often emerge in an intuitive process. A complex creative approach interplays with spontaneous gestures giving rise and insight in each single biography of her works, in which transparent, delicate surfaces are touched by rough, almost rabid gestures, sometimes even being overwritten by them. Schumacher allows these moments and points of contact to emerge in the creative process, creating a signature that can be both ending and starting point of a new process.

abstract. unites the subjective selection of newly produced and already existing works by four artists, whose works mean a respective reaction to their specific questions and investigations on non-object related art.
abstract. brings together painting, sculpture and installation of four artistic positions, whose works were not only generated solely out of one question alone – detached from any reference to concrete objectivity, their works stand for themselves and with a pure pleasure of color, form, space, non-space, a pleasure in just–being.

Enne Haehnle is based in Leipzig, Germany. Her artist studio is located at the famous Baumwollspinnerei Leipzig.

Kristian Pettersen is based in Berlin. His artist studio is located at the Uferhallen.

Maria Schumacher lives and works in Leipzig, Germany, her artist studio is located at the famous Baumwollspinnerei Leipzig.