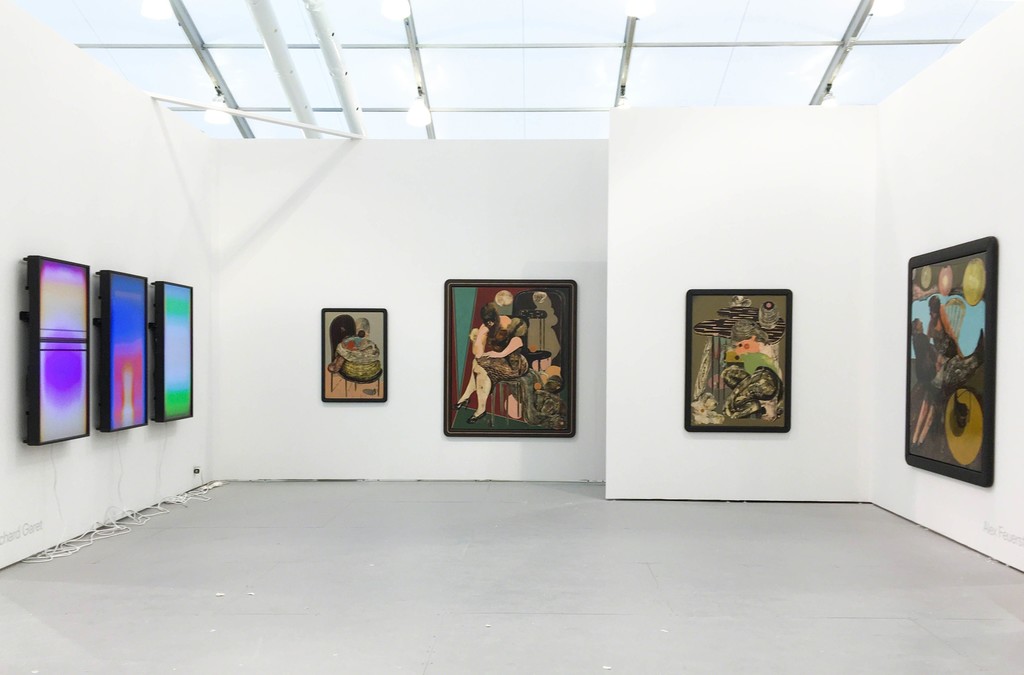 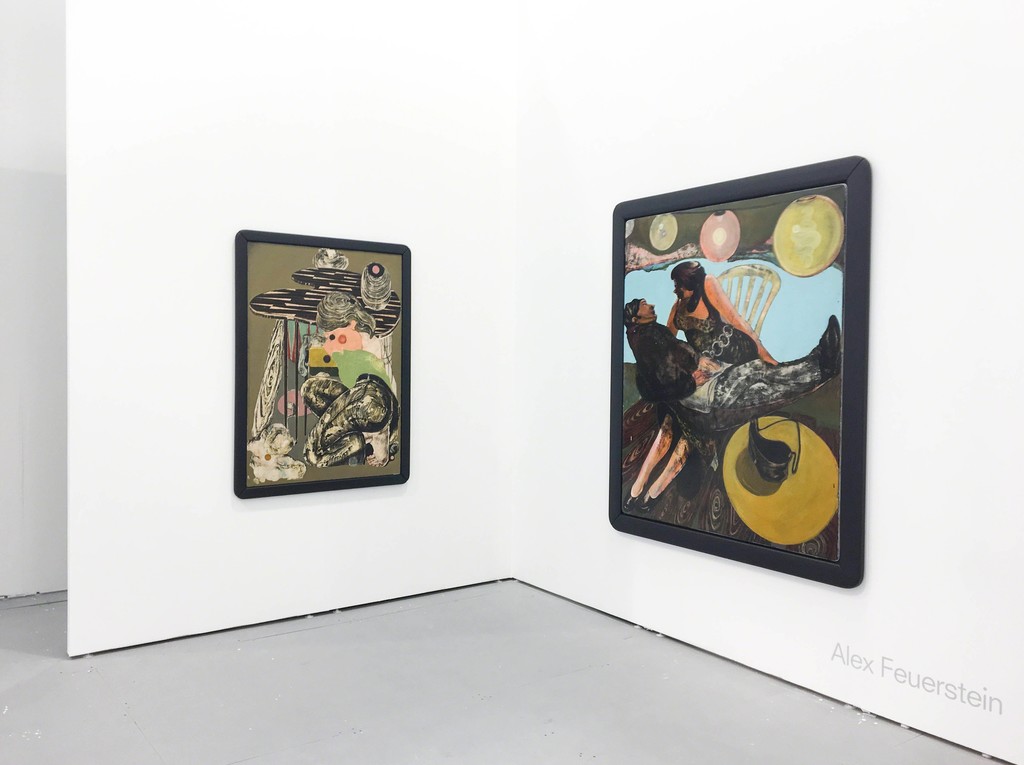 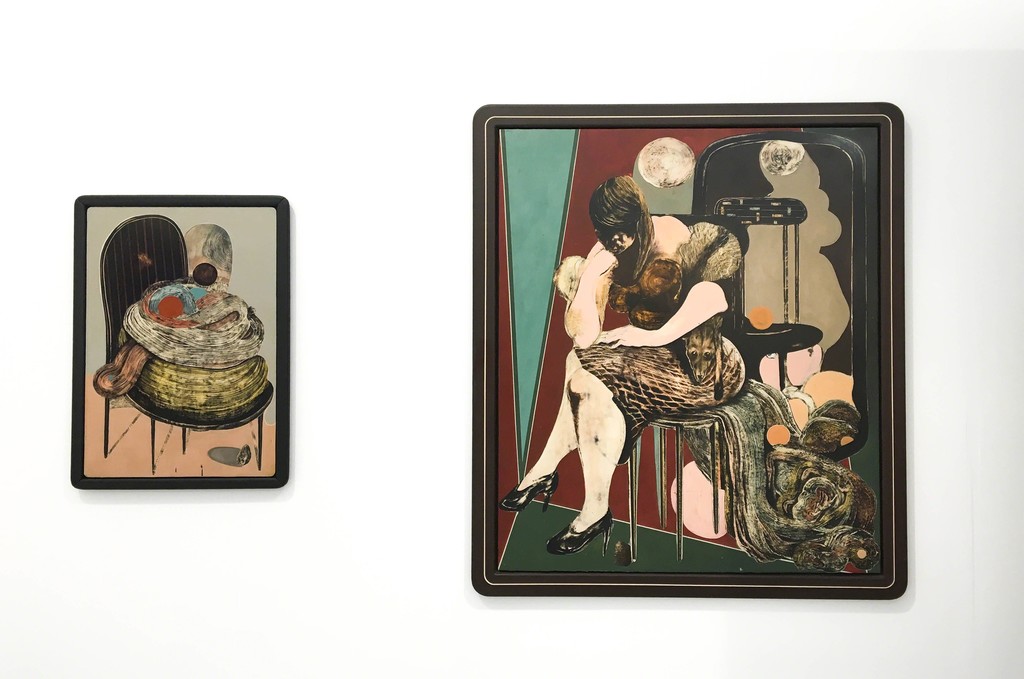 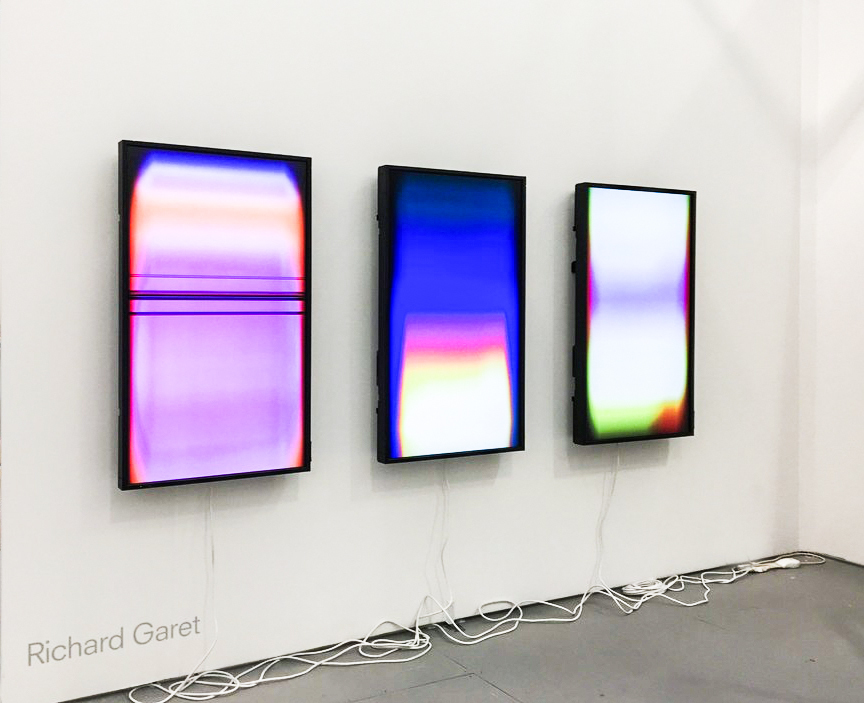 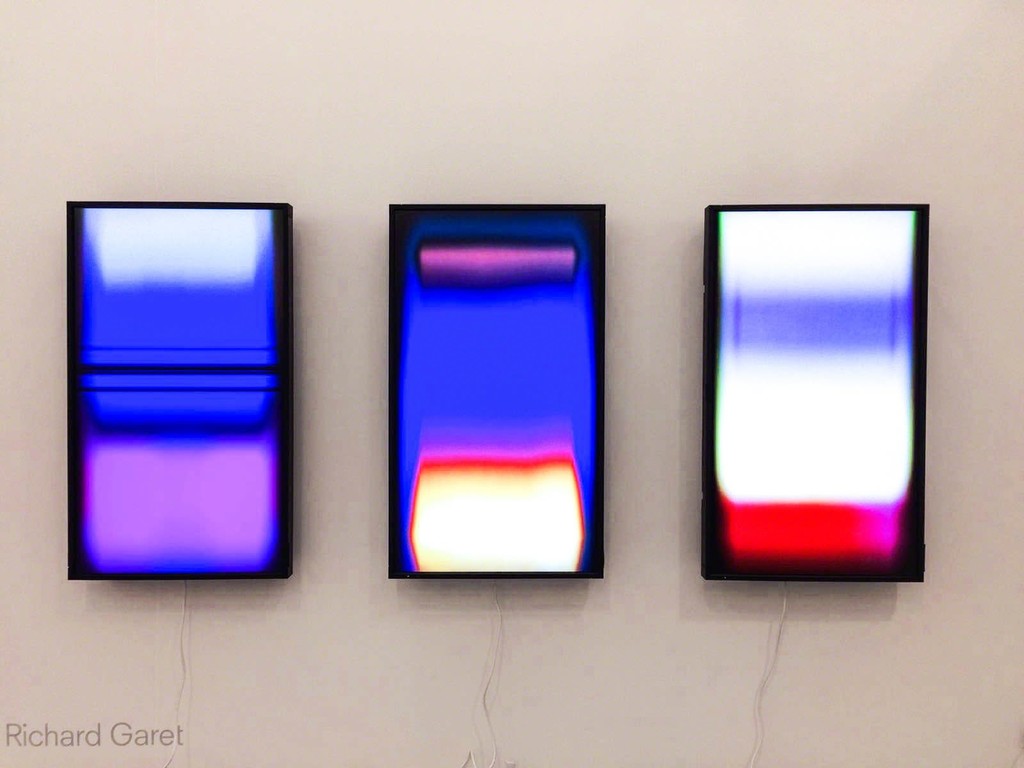 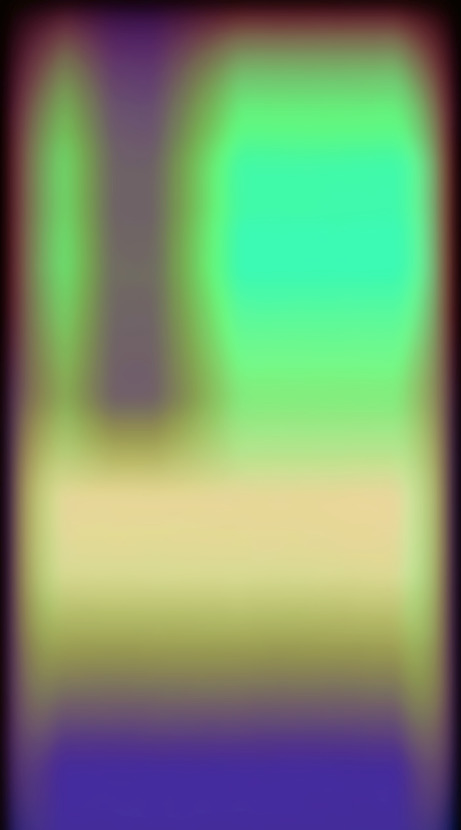 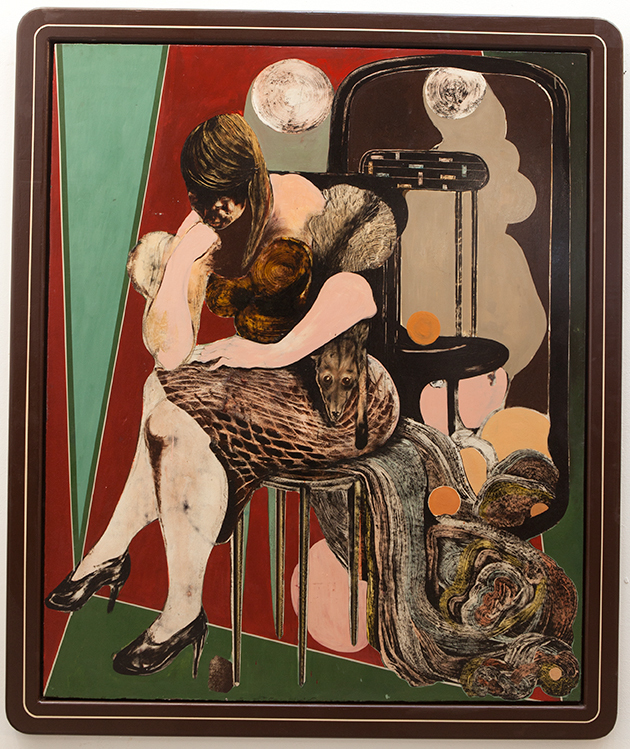 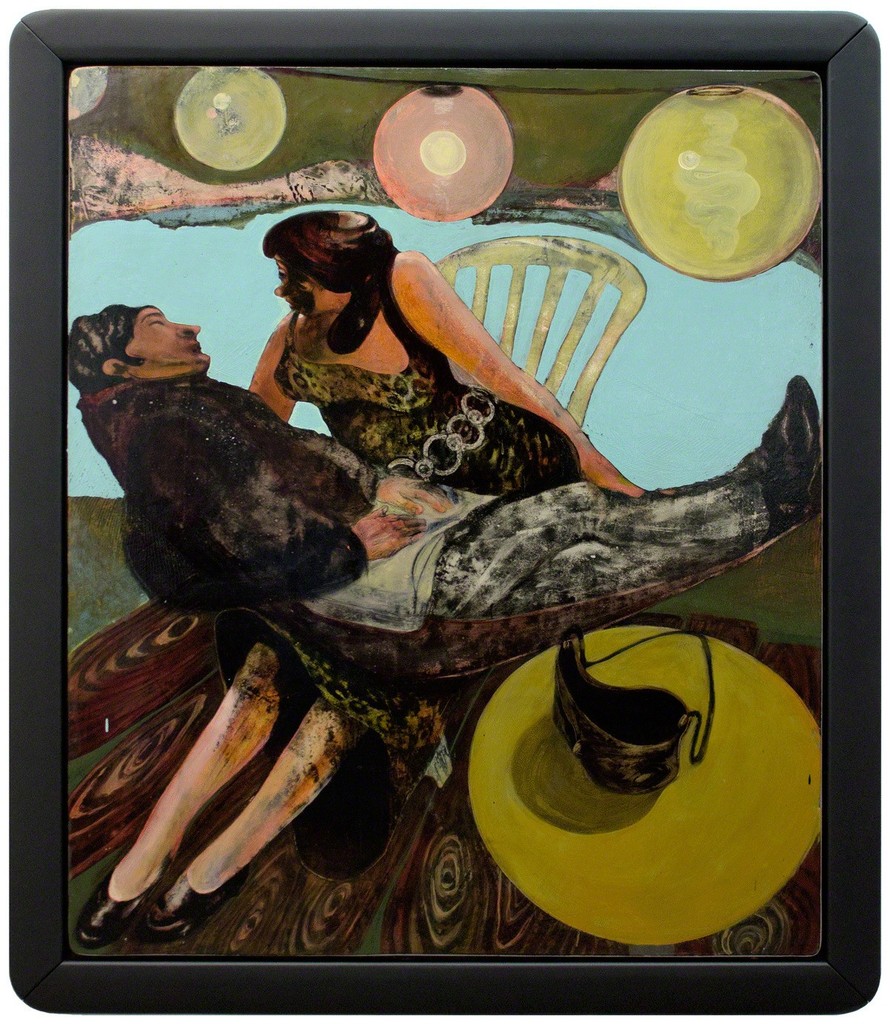 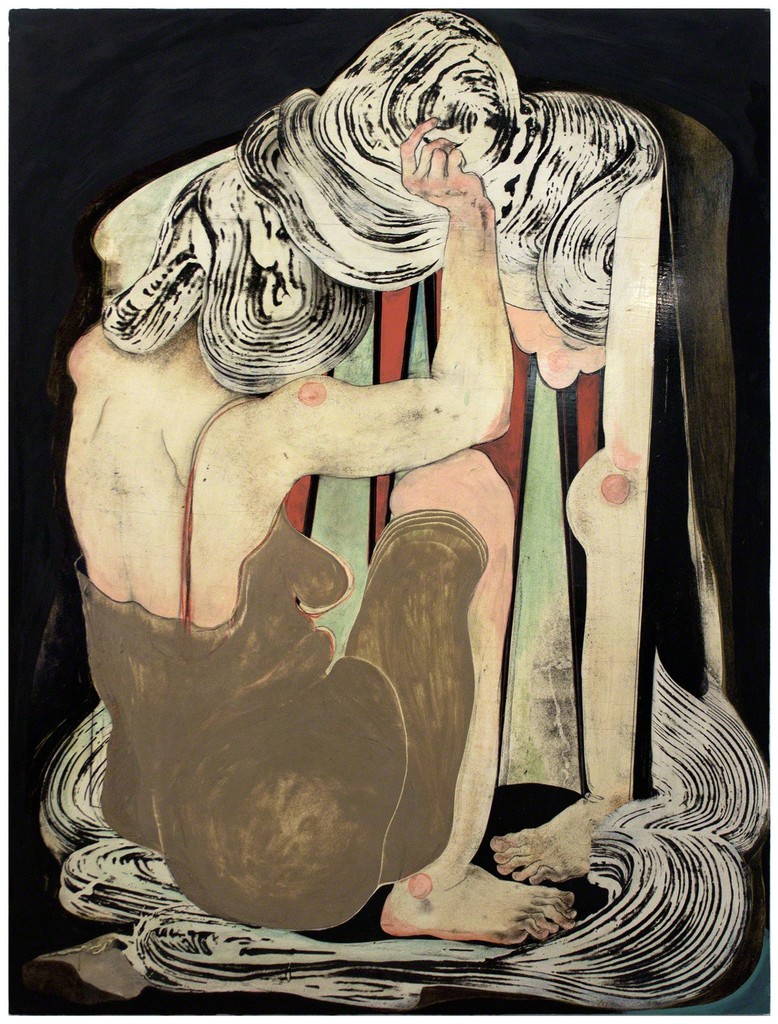 galerie burster is pleased to present Richard Garet (1972, based in New York,
USA) and Alex Feuerstein (1981, based in Karlsruhe, Germany) together in a both concept
for the very first time. The stimulating constellation of their works will not only initiate a
fruitful dialogue about art-historic contexts but offer the observer a sensorial and
psychological experience, drawing attention to the processes of perception and time.

Digital artist Richard Garet oscillates between various media such as sound, moving image,
expanded photography and multimedia performance, shifting borders back and forth, within
and beyond, hovering between digital and analogue - in order to create an aesthetic, sonic,
above all immersive perceptual experience:
In his ‚Perceptual Series’, Garet uses sounds such as daily or background noises as a tool to
generate the visualization of a sonic construction. He then removes the audio, leaving just
the moving image signal, creating an experience of sound through vision that would change
and pulsate according to the properties of the sonic composite. The viewer is gravitated to
lavish landscapes of continually reconfigured color and mood, reminding of Rothko's
significant paintings being translated to digital animation. This lush and luminescent series
has lately been shown at Times Square New York as part of 'Midnight Moment' event series in
June 2015.

Alex Feuerstein however remains in the medium of painting, solely using stilistic devices in
order to transform his putative realities, almost halucinogetic sequences - sometimes
reminding of vague fragments of memories or dreams - into abstracted situations.
Conciously omitting definitive characteristics, Feuerstein’s motives and scenes seem like
being ripped out of a certain context.
Altough the two artists might seem very different at first glance, it easily becomes obvious
tough how many aspects they have in common considering their artistic education in painting
and their artistic approach:

Garet as well as Feuerstein filter lived reality, fragments and aspects of daily live -
subconciously perceived in an either visual or audible manner - using them as a staring point
for their works, transforming these fragments into an entirely new sensorial and
psychological experience:
Garet by using parameters in order to transform sound into stunningly beautiful colour
landscapes, Feuerstein by using stilistic characteristics like symbols, perspective and stroke
flow - leading the observer into a new level of awareness, resembling a state of
halluzinogetic or somnolent conciousness, oscillating between subjective and objective
perception.