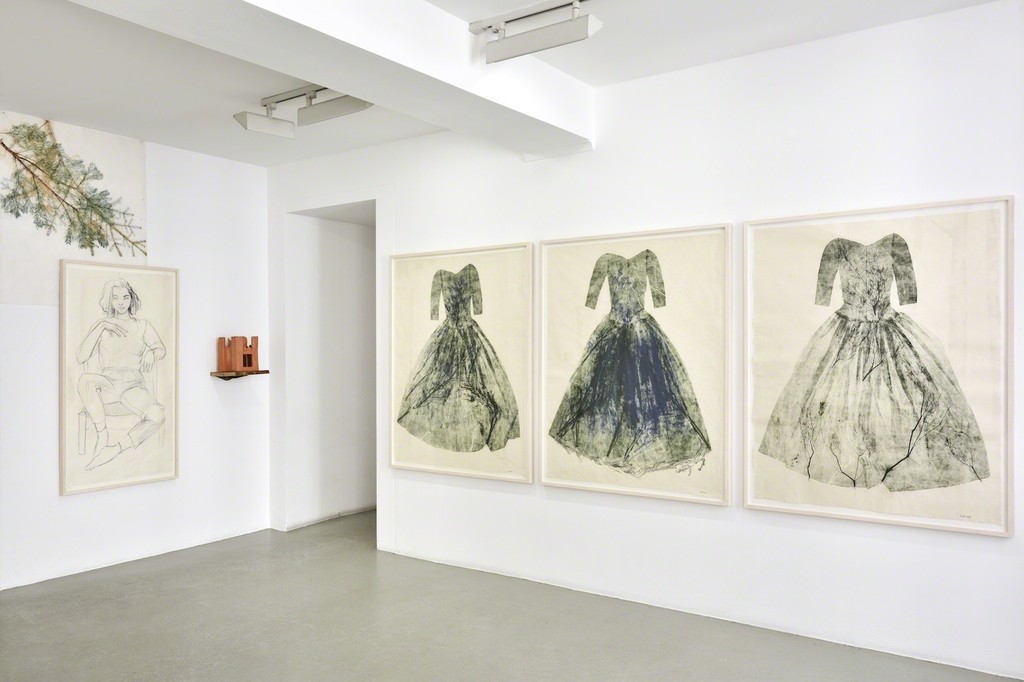 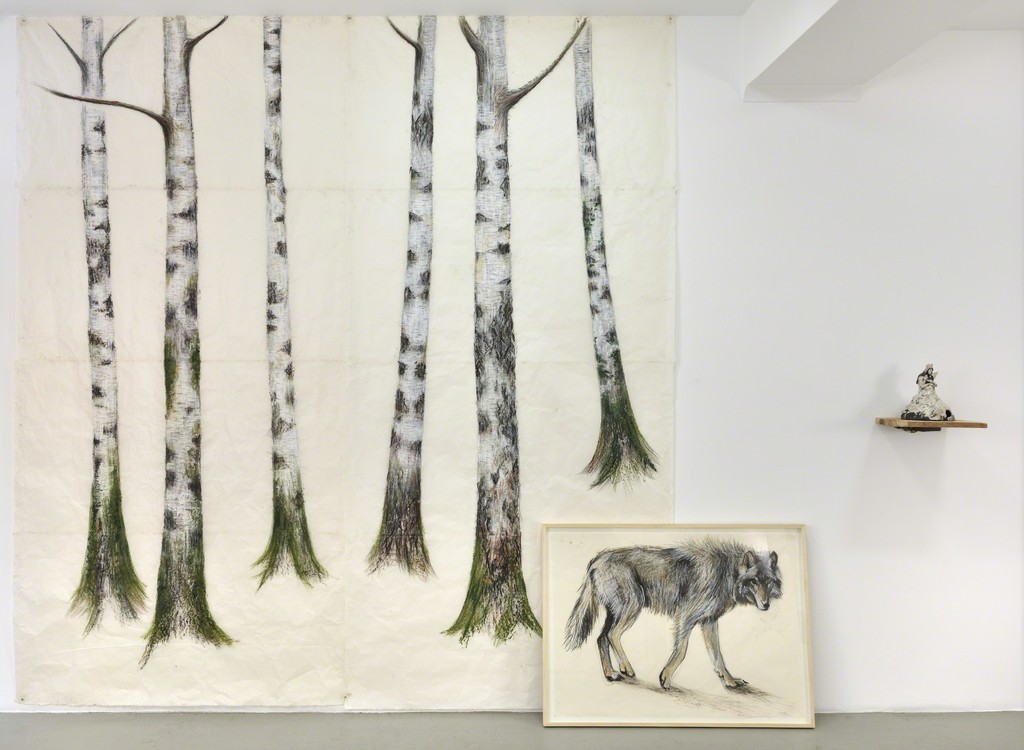 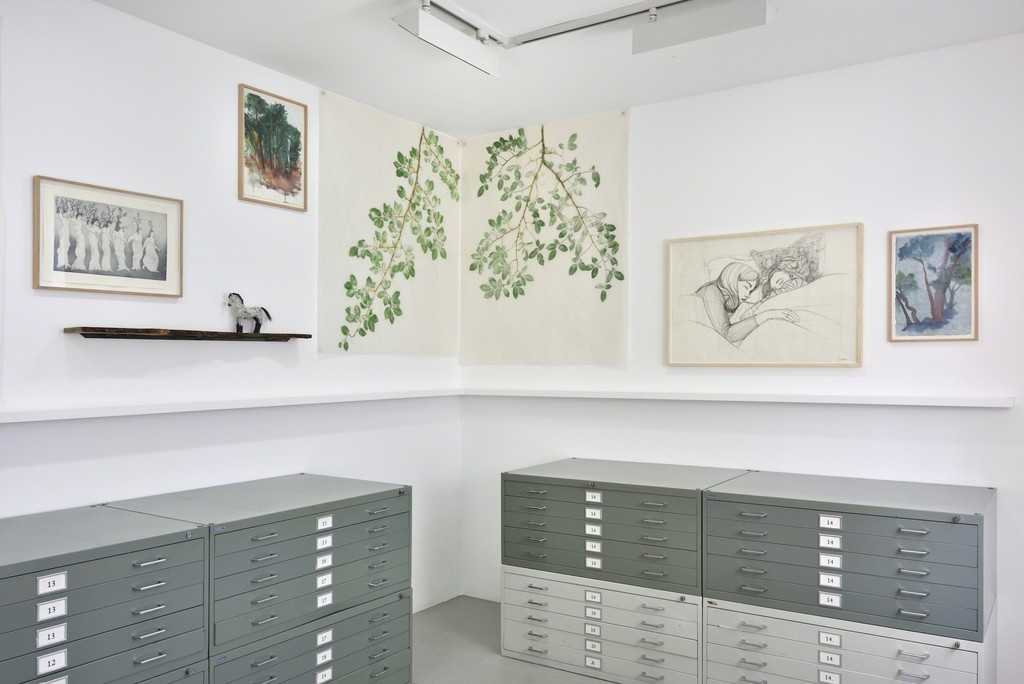 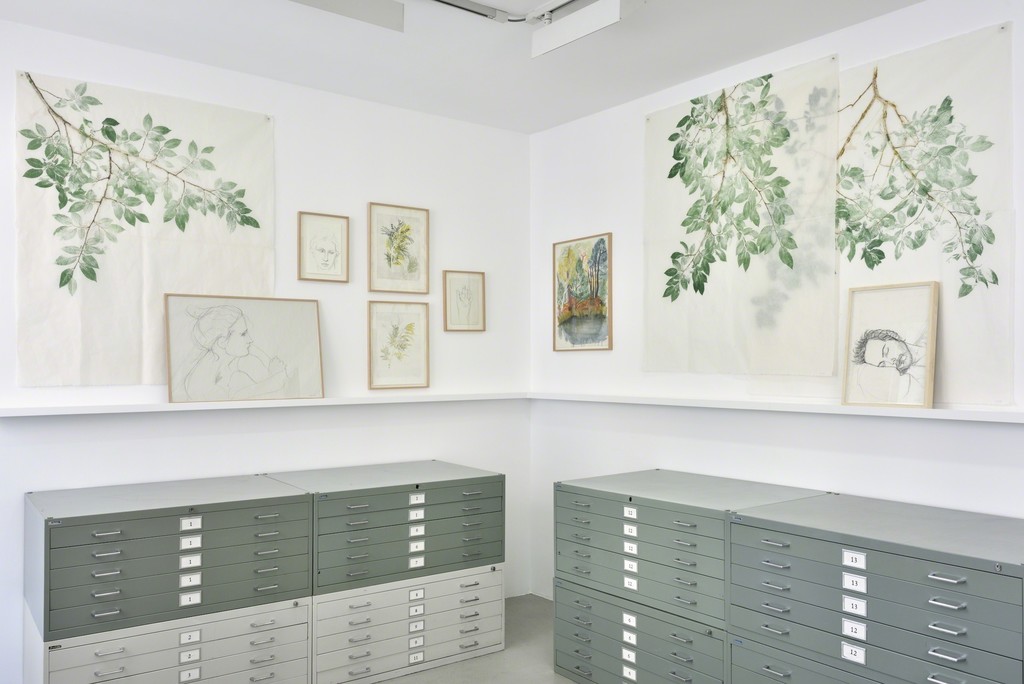 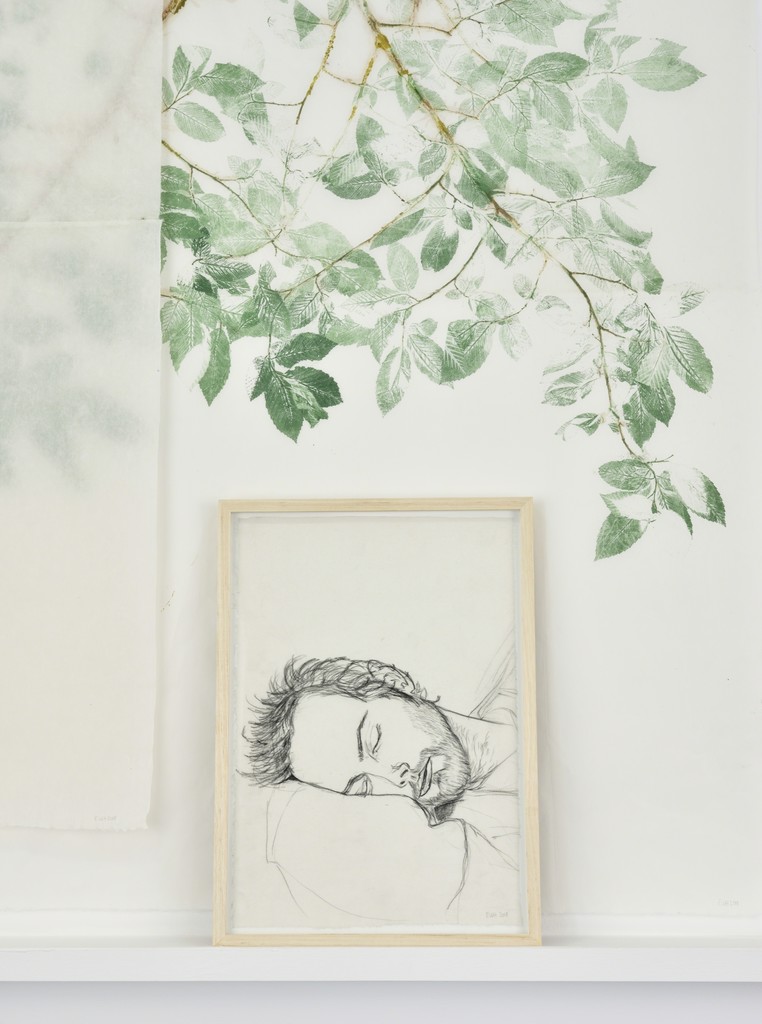 The exhibition aims to create a link between the inner and outer worlds, taking visitors on a journey between the profound and universal forest and our inner world. It puts forward the idea that everything exists within us: the history of humanity, myths, desire of goddess figures facing the passage of time. The impact of the plant world on man and its reciprocity are linked to the issues explored by Eloïse Van der Heyden in her preceding exhibition at the gallery (‘Zakhar’ in 2015), in which the works tackled the themes of presence and absence, the revelation of memory, and origin through traces.

Re-employing the technique of creating images through direct impressions, Eloïse Van der Heyden explores the theme of the forest—the source of life. Creating a vegetal environment that covers the gallery’s walls, made from trunks, leaves, flowers and twigs, the artist has developed her own myths that are inextricably linked to those of humanity, creating an intimate and sensual garden in her drawings, watercolours, engravings, and ceramics.

‘Myths are public dreams and dreams are private myths’ (as the American writer and mythologist Joseph Campbell said so succinctly.*
The artist is interested in the constant interchange between the outer and inner worlds, the environment, and nature embodied by this forest, and constantly reminds us that everything exists within us.

By a delicate work of inking and imprint, Eloïse Van der Heyden blends flowers, sheets and boughs in the weft of fabrics of dresses pressed. These timeless silhouettes reveal the essential link of the human being and the vegetable.

With her ink impressions of plants, Eloïse Van der Heyden is not attempting to produce a herbarium or an inventory, but rather to focus on the breath of the universe and our adherence to the world embodied by plants. To create this work she collaborated with the Italian philosopher Emanuele Coccia,** who put words to the images, and wrote a text to accompany the work.

** Emanuele Coccia is a lecturer at the EHESS, and has a doctorate in medieval philosophy; he is the author of La Vie des plantes, une métaphysique du mélange (‘The Life of Plants: A Metaphysics of Melange’), Payot et Rivages, 2016.

Eloïse Van der Heyden was born in 1983 in New Haven, Connecticut, USA, and is of Belgian origin. She lives and works in Fontainebleau, in France.
She graduated from l’Ecole Nationale Supérieure des Arts Décoratifs of Paris in 2009.