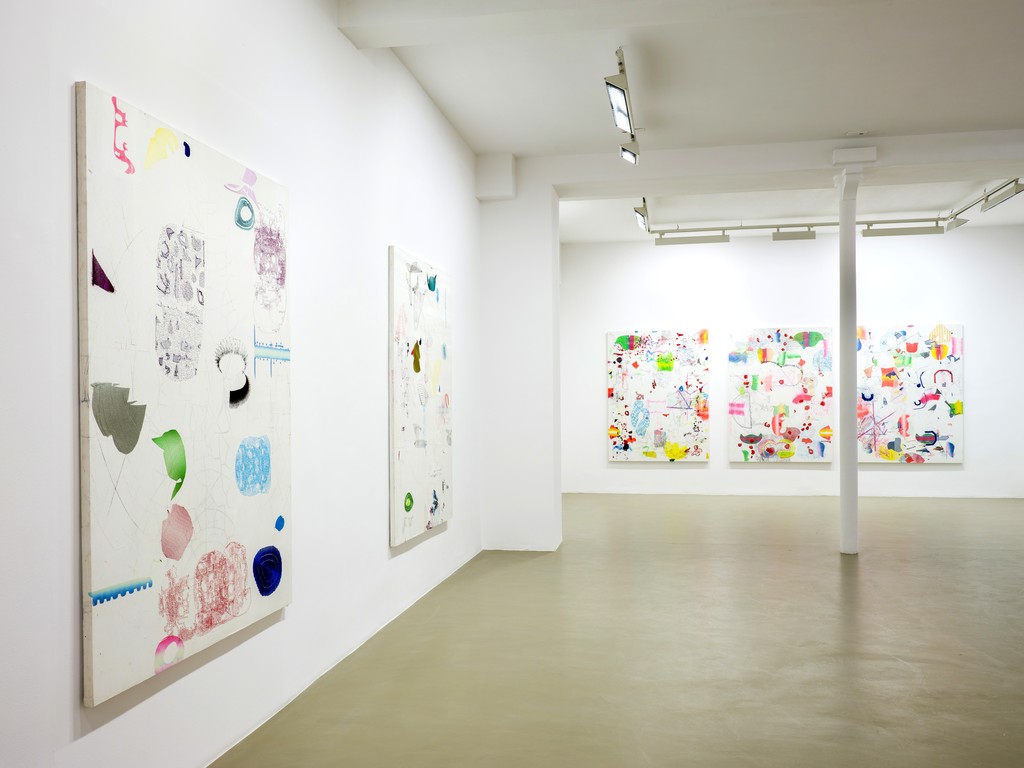 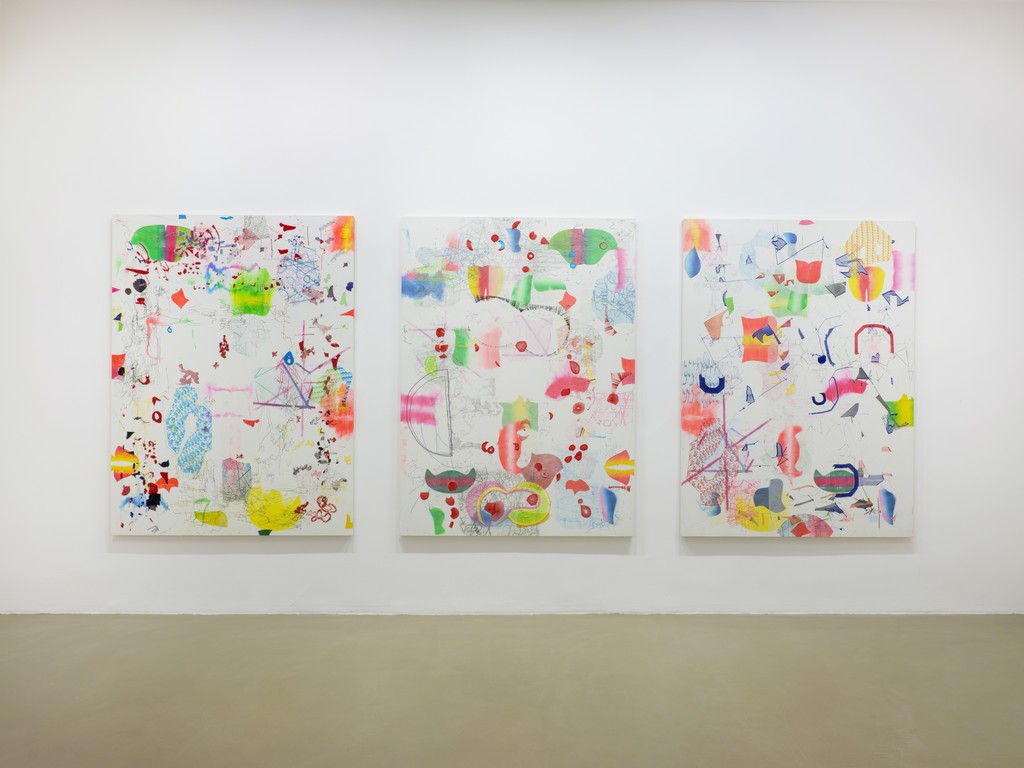 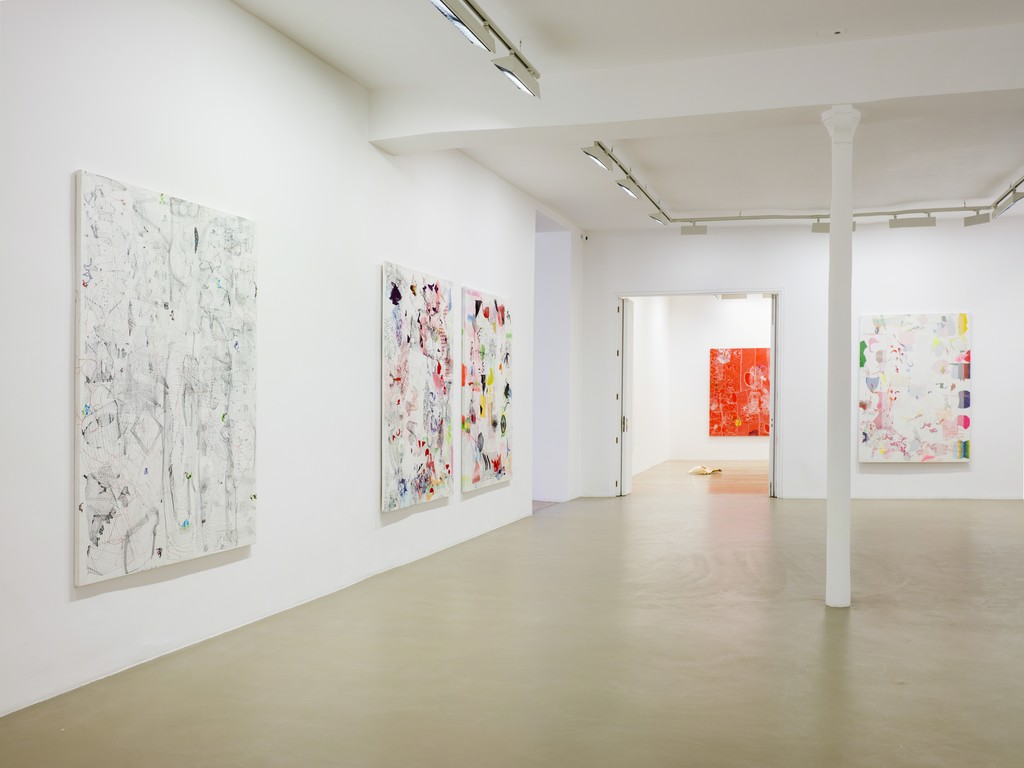 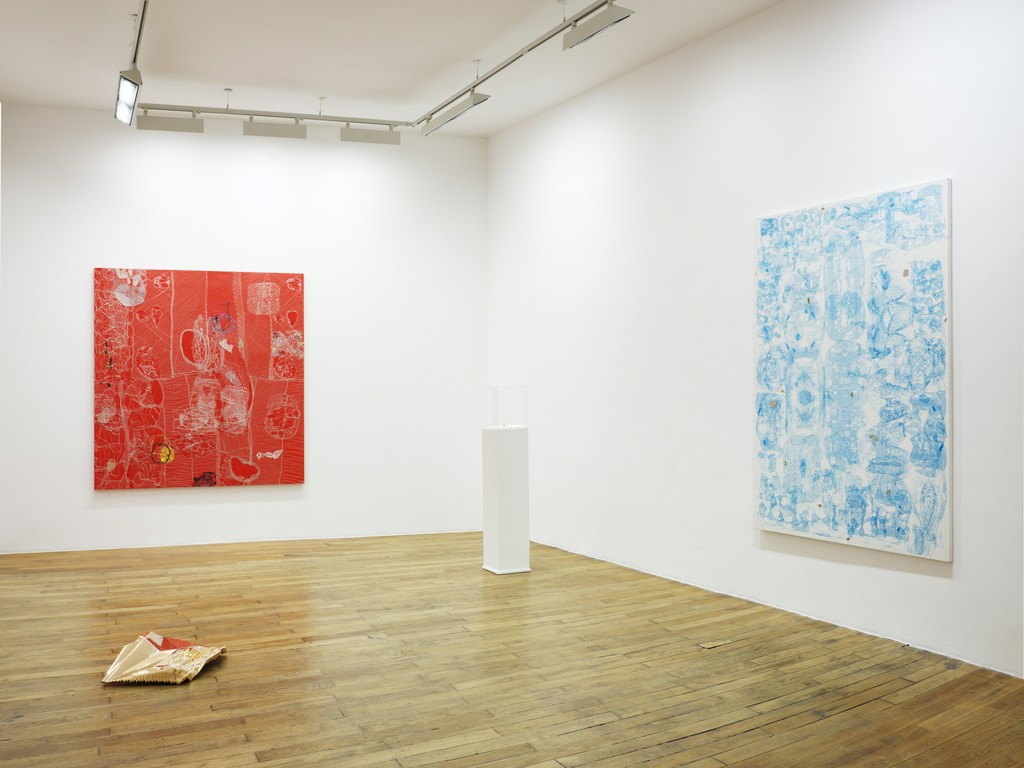 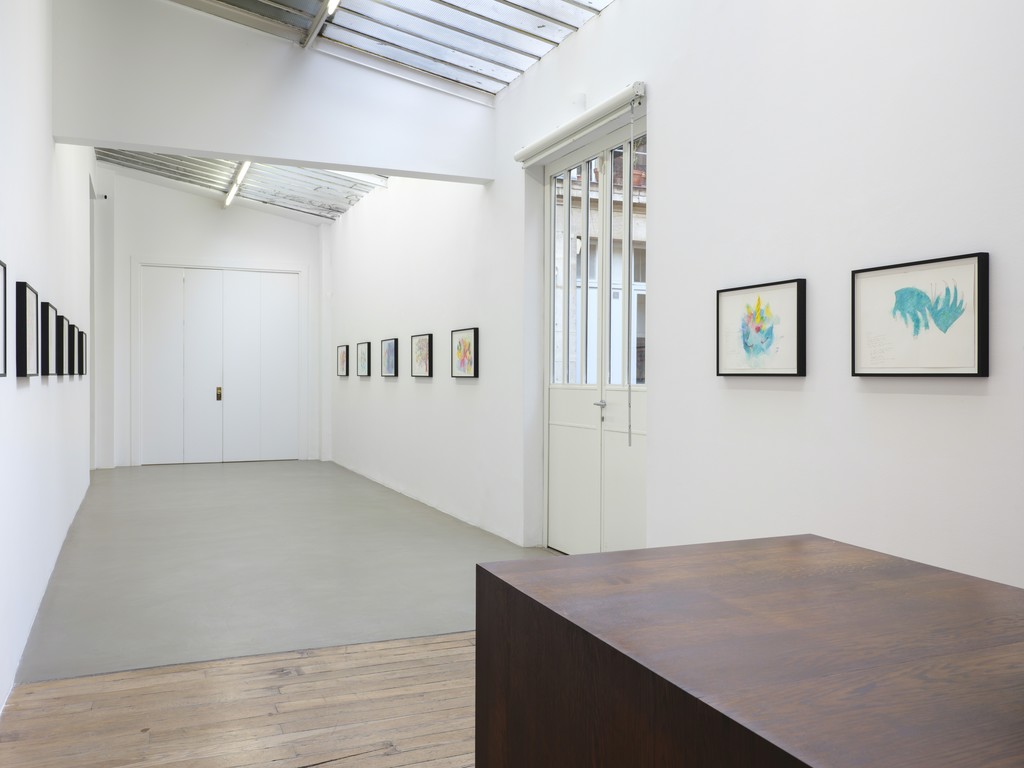 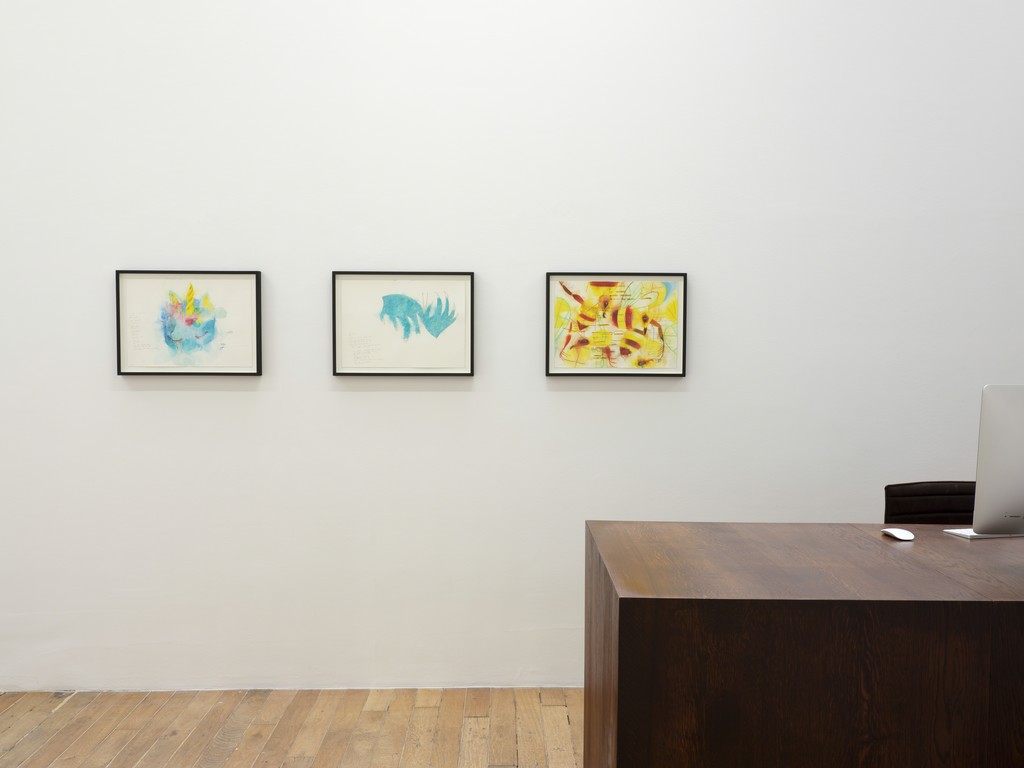 Galerie Chantal Crousel is pleased to present Phasma, the eighth solo exhibition of Spanish artist José María Sicilia. This new exhibition brings together a body of major works that are representative of these past years.

On this occasion, for the first time in France, the artist will present works from the series La Locura del ver (« the Insanity of Seeing » / 2015-2016). The majority of these abstract paintings combine colourful forms drawn from birdsong and silk embroideries depicting Thomas Young’s interference experiment – the scientific observation determining the wave theory of light (1).

La Locura del ver continues the work on birdsong as well as the sonograms undertaken by the artist since 2010 (El Instante). The work also draws on thoughts which run throughout the entirety of the artist’s work, among them those dedicated to so-called invisible events (Pastime, Vuelve con nosotros) or to expressions of light (La Luz que se apaga, De Los Espejos, Eclipses).

The artist now works with the help of software programs (in particular, some of the embroideries in the exhibition were created using a computer). José María Sicilia takes his patterns from varied scientific observations in order to confront the viewer with real illustrations difficult to perceive with the naked eye. In addition to these technical approaches, his work endlessly recalls the biological, spiritual and poetic intensity of life, constantly questioning the ephemeral, metamorphosis, renewal, and death… The way in which the works are layered, and the interlacing of freely arranged shapes, perfectly expresses the organic and autonomous nature of each picture.

As a process that transforms matter and form, metamorphosis manifests in many of his works from recent years as an example of what he calls translations. Those translations start off from a point that the artist defines as ‘an original language’ that exists in the universe independent from his action, and an ‘arrival language’ that is manifest in the work as the conclusion of a poetic process in which the artist is the agent of a metamorphosis, which he prefers to define as a translation technique. (…), both birdsongs and scientific experiments are translatable into graphic or objectual representations through the operations that he applies to them. In all of them we find a transference of the immaterial into matter, of time into another time, of a situation into and object or a visual expression.

Two sculptures of very different dimensions are also presented in the exhibition. The first is a bronze sculpture positioned on the floor and entitled Miki Endo. It is the modeling of the voice of one of the victims of the tsunami, which struck the town of Minami Sanriku (Fukushima, Japan) on 11th of March 2011. Instead of fleeing the city, this social worker chose to stay behind to warn the population about the impending wave. Made in gold, a second sculpture titled Accidente represents the level of radioactivity emanating from a nuclear reactor in Fukushima after the tsunami.

“Disaster” means “being separated from the stars”. “Accident” comes from the Latin for «what happens». (…) There is an «after living», a present in which the past waits, amid the stored and mutilated bits of our lives. This phantom speaks to us of its (our) past and its (our) future, here and in Minamisoma, Ofunato, Noda. In these worlds the hands of a child build a sand castle, the tongue of fire caresses the butterfly, Litate, Fukushima. This disaster is an image of happiness, the aesthetic of the instant.

In conjunction with this series, José María Sicilia also presents Phasma (2017), a work comprising drawings and original poems addressing the difficulty of living and the ephemeral. In parallel with workshops he has organised in Japan since the tsunami, the artist has met with families, doctors, members of the clergy and psychotherapists all concerned with the subject of suicide. The poems and drawings are the product of these encounters.

A collection comprising the poems and drawings is published by Galerie Chantal Crousel on the occasion of this exhibition.