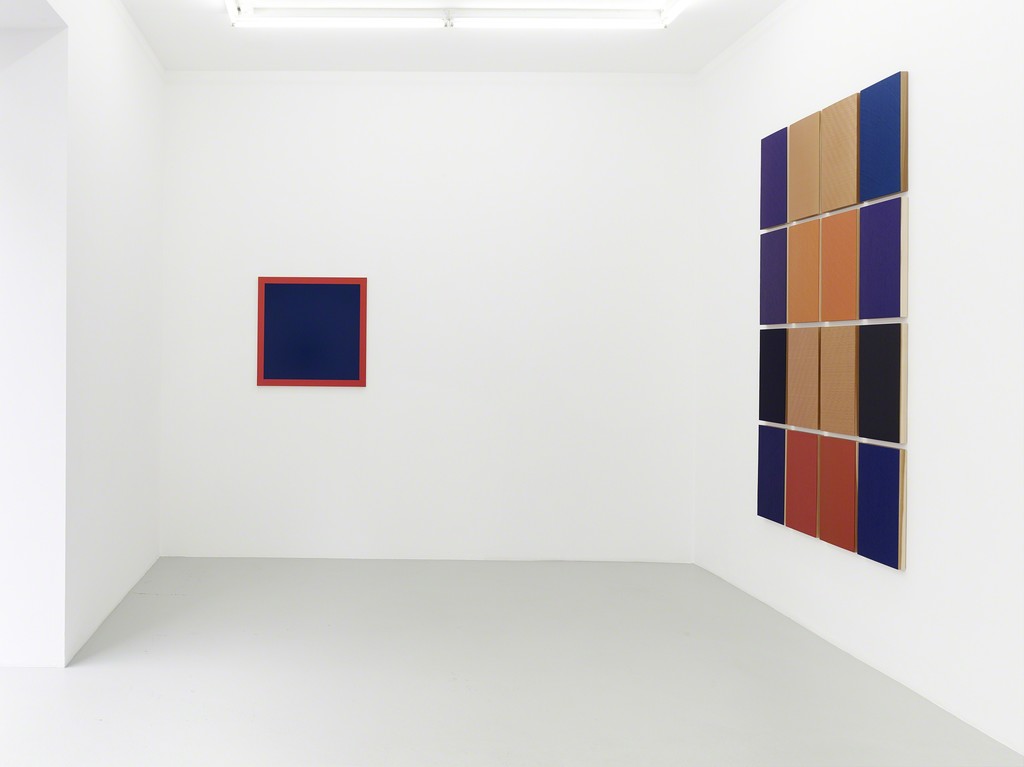 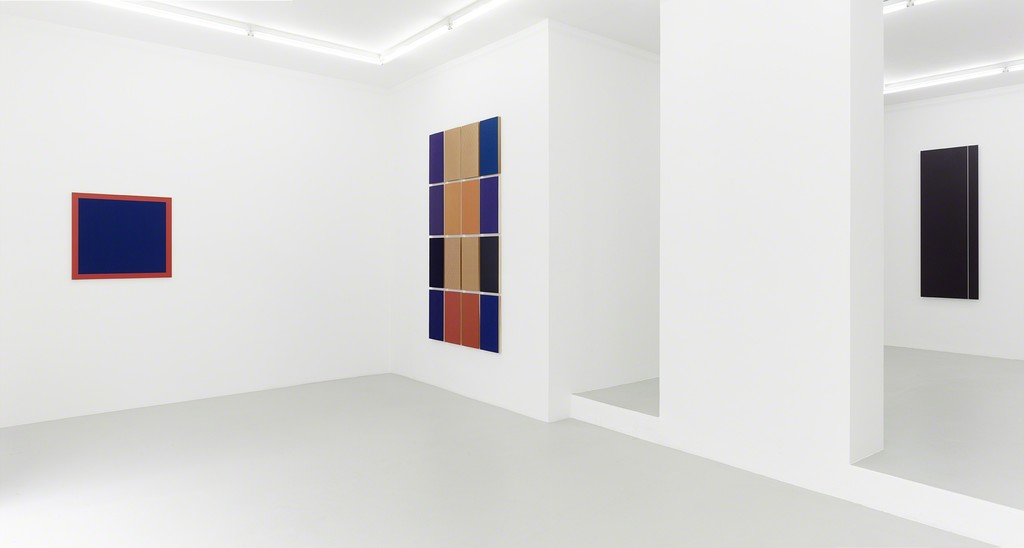 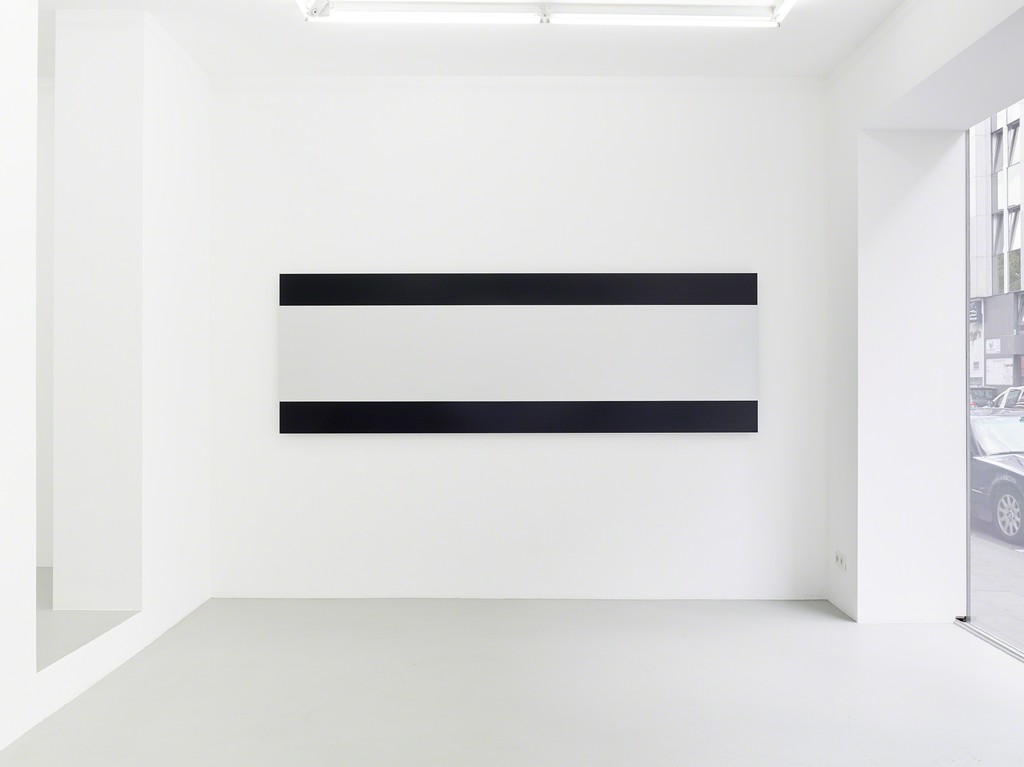 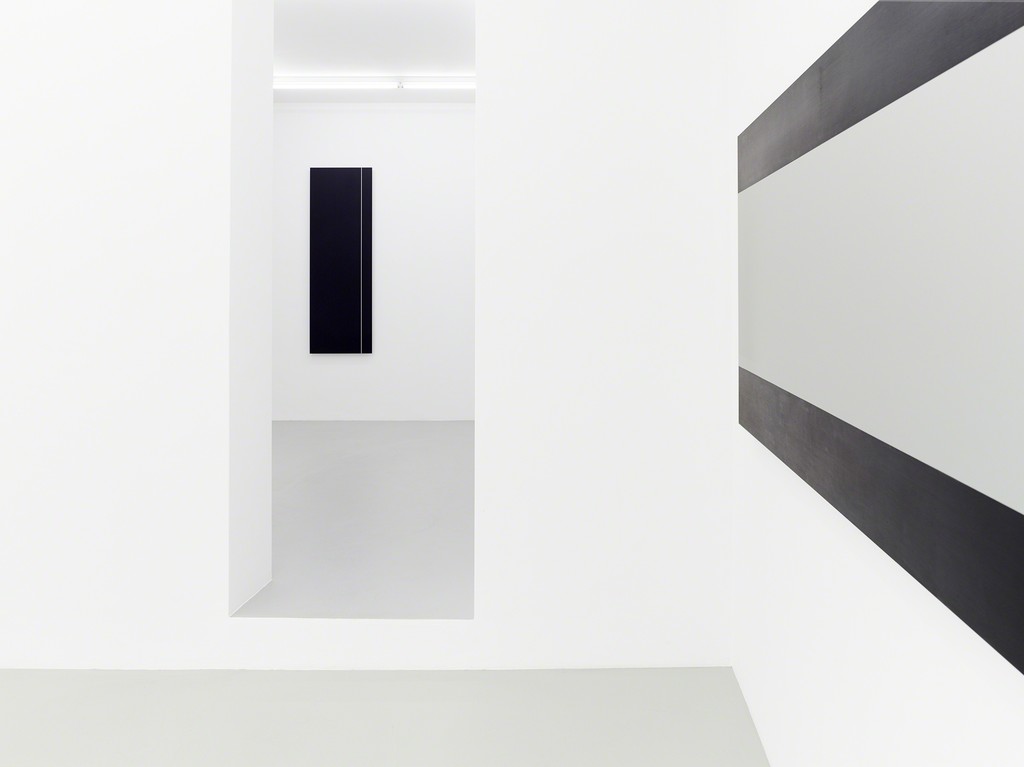 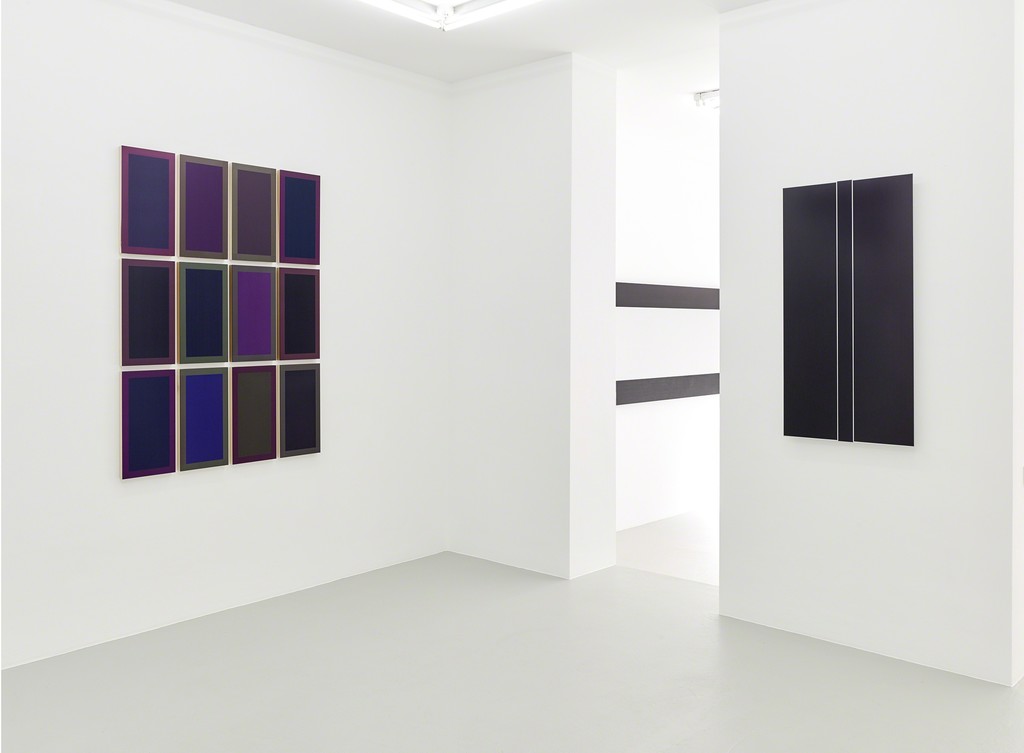 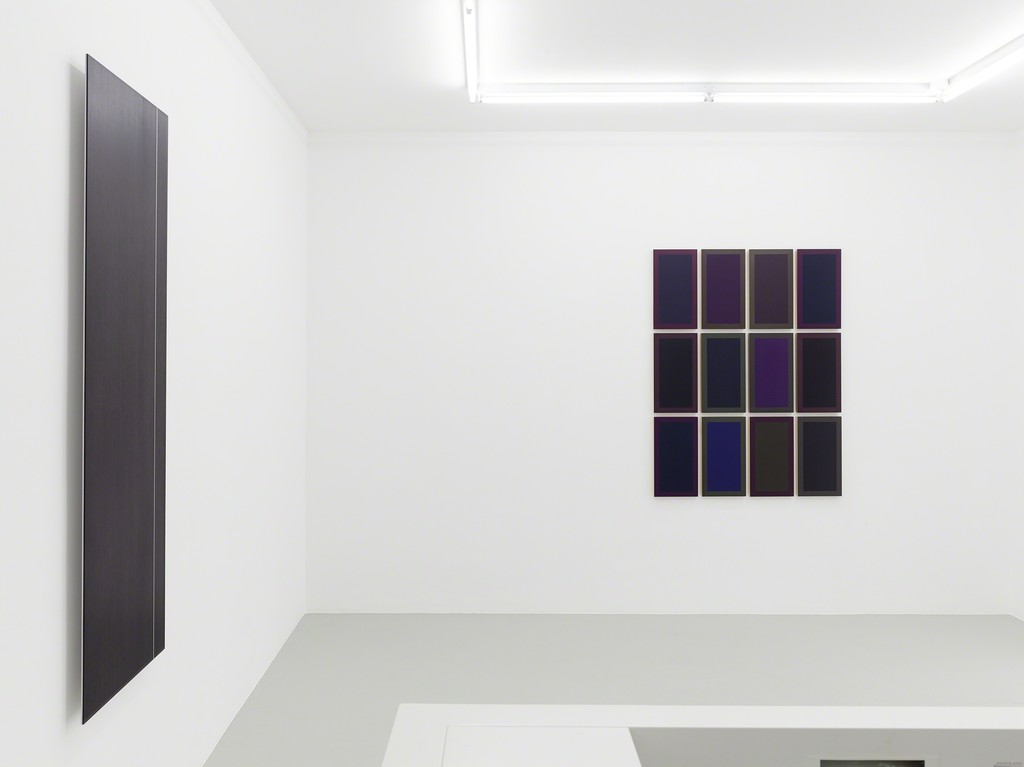 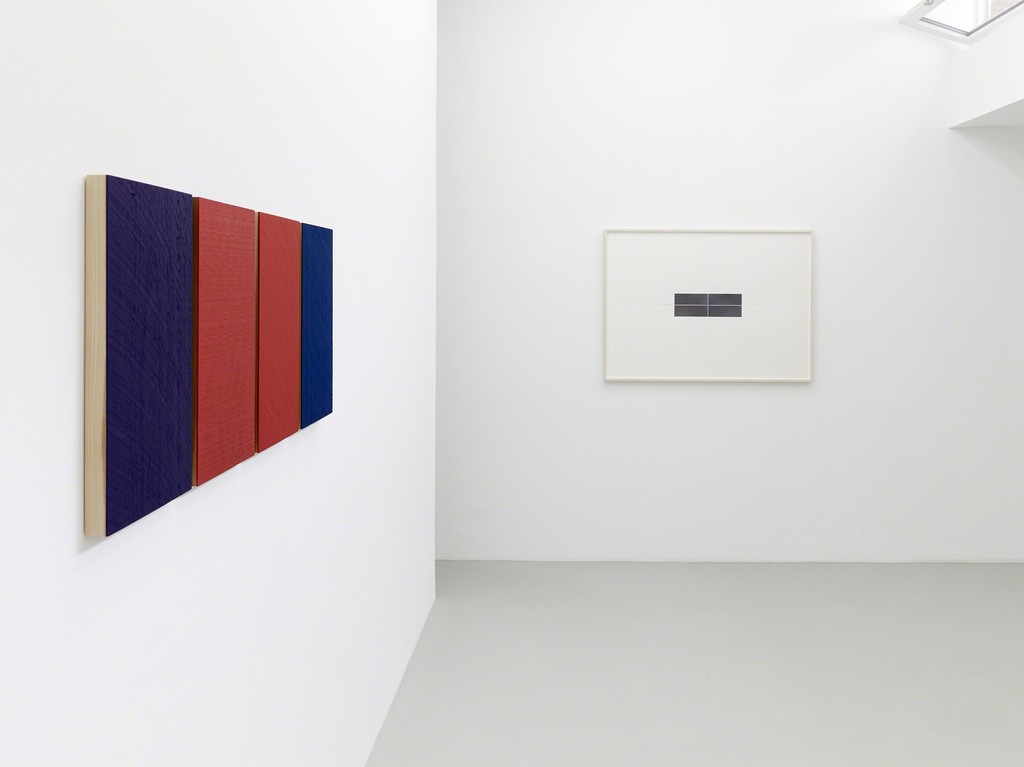 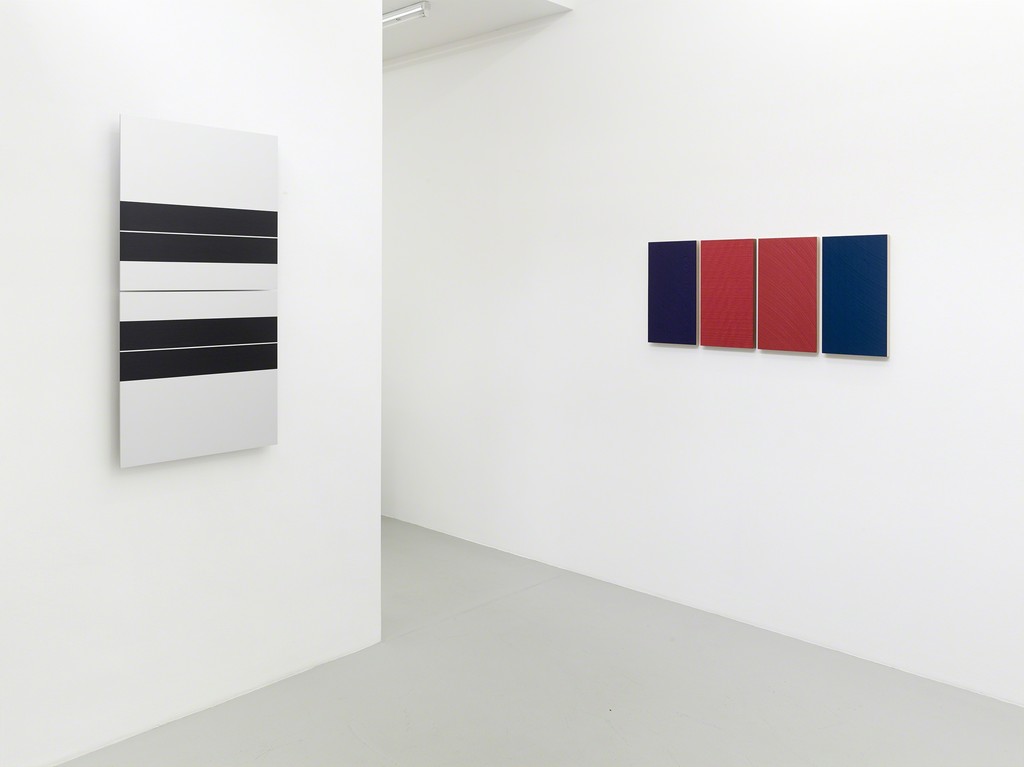 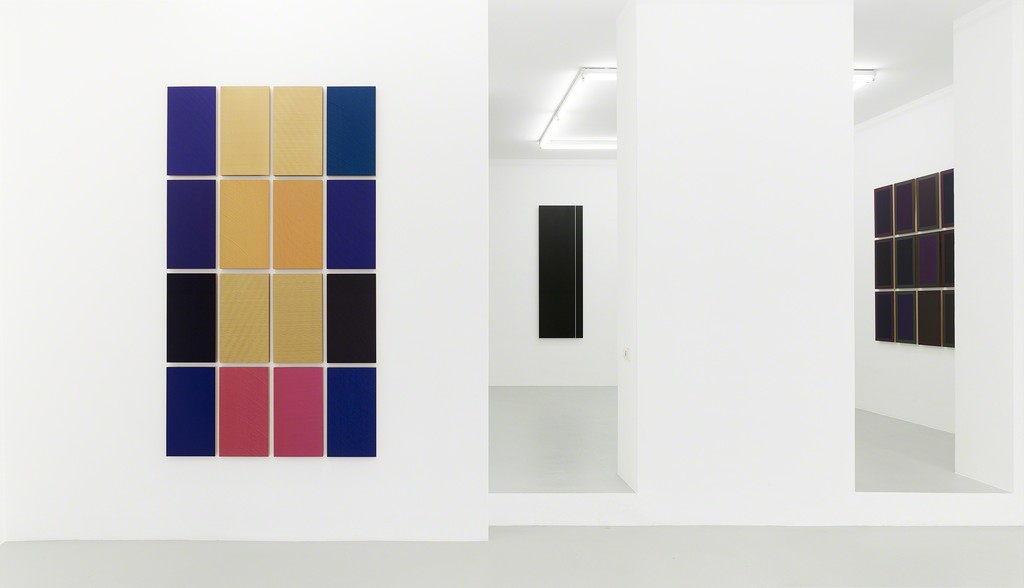 Hamburg based artist, Frank Gerritz (b. 1964), and U.S. artist, Winston Roeth (b. 1945), who lives and works in Beacon, New York, have been a happy addition to our gallery program since the beginning of the year. Already present at the annual Groupshow in January, the first dual exhibit with works by Frank Gerritz and Winston Roeth is now on view at Galerie Christian Lethert.

The works by sculptor Frank Gerritz move between three-dimensional space and flat surface. In this intermediate zone between wall sculpture and image he develops his art in a strictly abstract manner, characterized by a geometric form language and sculptural aspects. The surface is developed layer by layer by applying graphite on MDF and paper or paintstick on anodized aluminum in the most precise way, thus creating surfaces which are at the same time opaque and permeable, deep black and reflective. Therefore, the two-dimensional works gain the effect of three-dimensionality so that a dialog occurs between them, the surrounding space and the viewer.
While Frank Gerritz invites the surrounding light and the environment into his works to create aesthetic Bildräume of high complexity, the works of Winston Roeth emerge from an ongoing conversation with the light which reflects or absorbs the color.
The clear and dense color fields of Winston Roeth develop out of many fine layers of pure pigments mixed with water and polyurethane dispersion. He paints and repaints the color on natural painting carriers like slate or wood as well as on dibond till he achieves intensive color shades. The flat and almost velvety surfaces explore the painterly possibilities of concentration and intensification. His paintings have an instantaneous quality but are, nevertheless, produced over time – time which his works also require from the viewers who, therefore, gain the possibility of complete contemplation.

The exhibition will show the works “Definition of Light” and “Four Center Connection“ by Frank Gerritz as well as “Portrait of Light” and “Deep Blue Square” by Winston Roeth. This juxtaposition discloses, on the one hand, the evident differences concerning light, color and depth and, on the other hand, the similarities between the drawing and the painting hand.