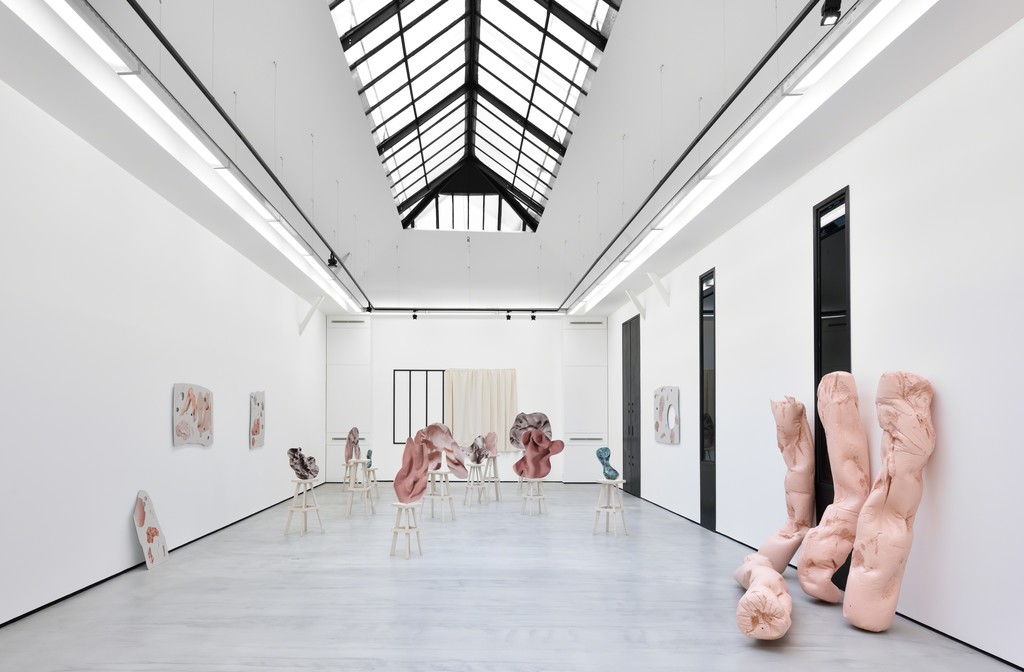 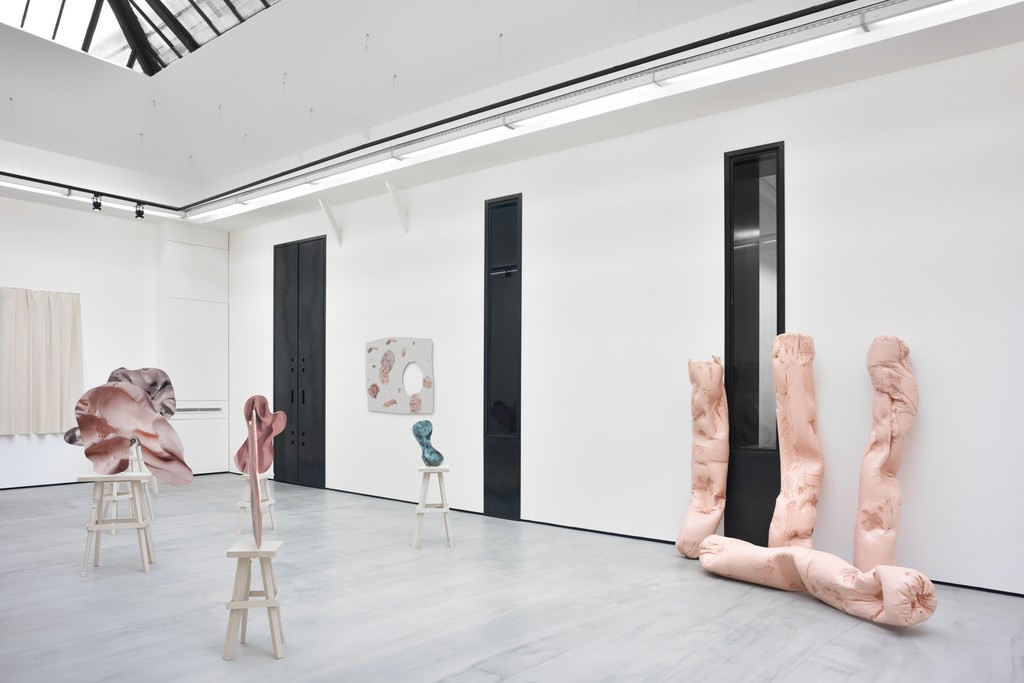 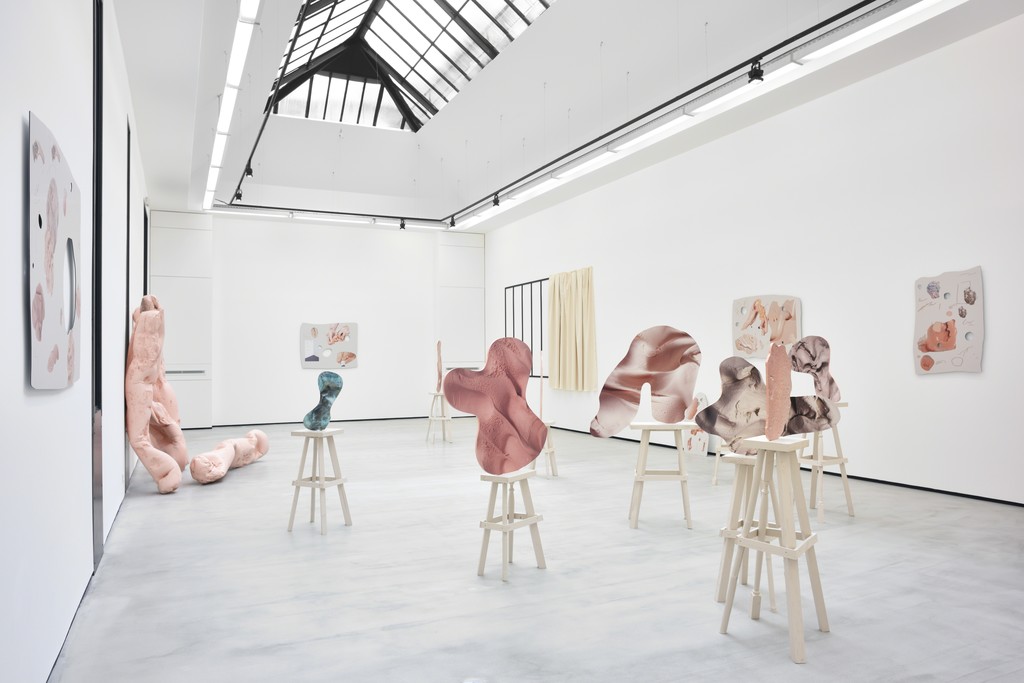 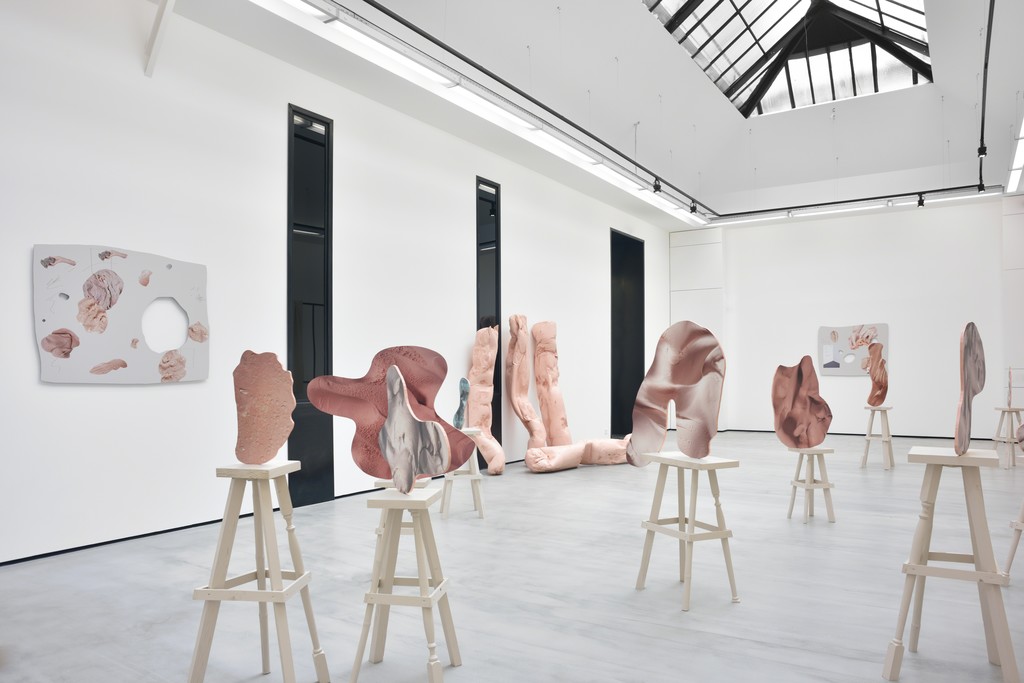 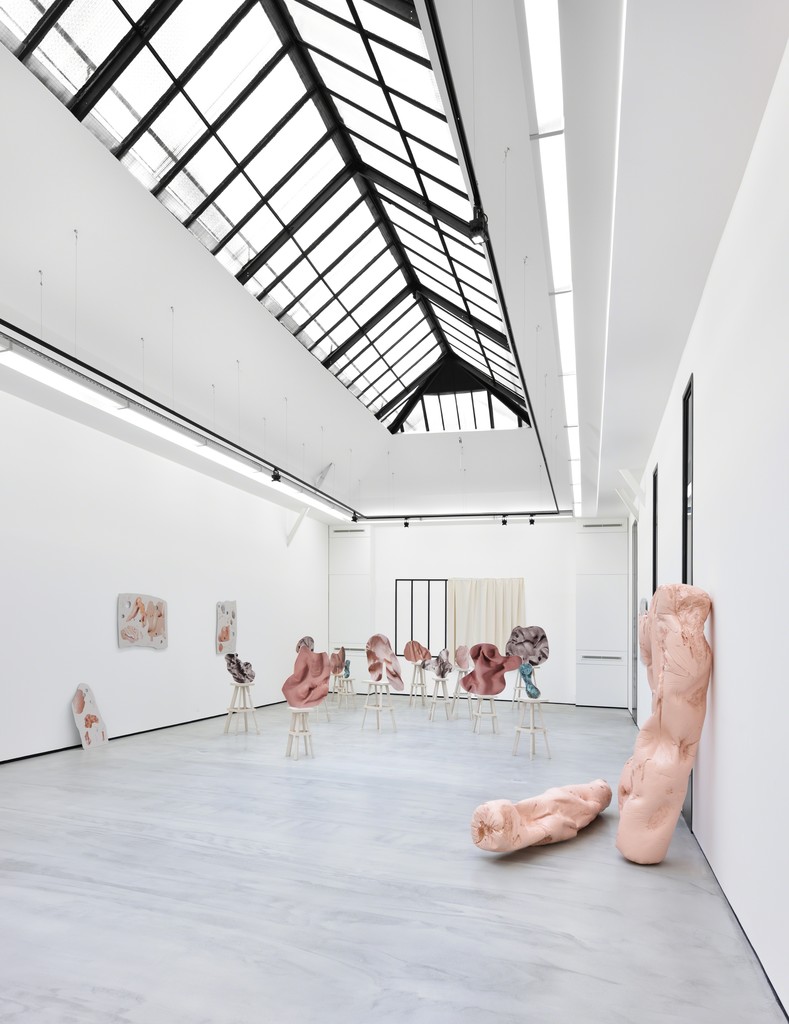 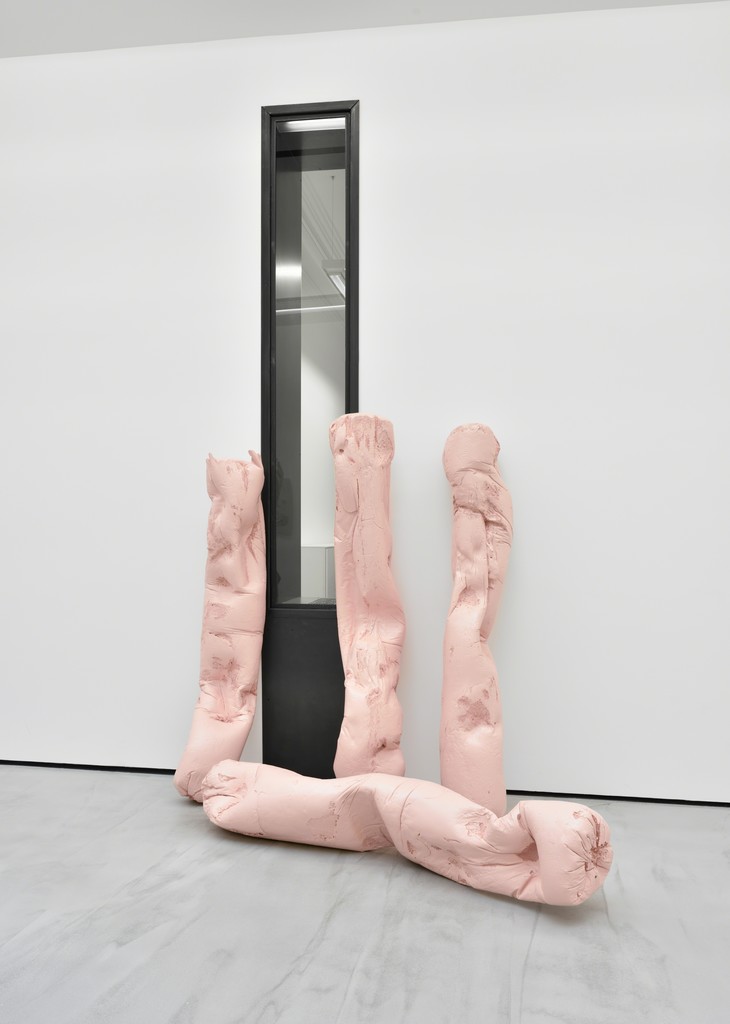 For several years now we have been observing Rachel de Joode’s work changing states. Materials crystallize, freeze, liquify or evaporate, they are in constant evolution. Even though the artist brings her work to life in the studio, it doesn’t last long as such but molts. The materials sculpted and temporarily assembled are photographed and presented as printed surfaces. This playful and even regressive sculptural practice verges as much on organic collage or digital patchwork than on skin grafts.
The strangeness of the shapes sometimes gives the work a look of abnormal scientific discoveries combining unknown minerals and molecules. De Joode’s work, as the result of an alchemy between raw material and the artist’s brain, is to be auscultated and dissected ; it is porous, filled with cracks, abstract surfaces, giving way to the mysterious and extra-terrestrial. Rachel de Joode is constantly seeking for raw substances, oozing pastes, or anything flabby but particularly photogenic that she will then tame with all the technological tools at her disposal. Going as far as a trompe l’œil, her pieces play with the ambiguity between 2D and 3D, between photographs and objects, that tends to make reality a little more artificial.
Her strong on-line presence comes with an intensive documentation and research practice on the internet, that eventually pushes Rachel to look for some materiality in the studio. The physical contact the artist maintains with the materials she uses seems to be a primary need. The fingerprints as well as corporeal imprints visible in her artworks attest to the artist’s physical presence. They incidentally restore a notion of scale often lost during the documentation phase or the dissemination of her images on the web.
For her first solo exhibition in France, Rachel de Joode presents three new bodies of work as well as a video. The pieces set on pedestals, whose figure could be reminiscent of Marcel Duchamp’s Bicycle wheels, act in a play called «contemporary art». These photographs bear witness to a conversation between the artist and earthy matter.
Large digital prints with a hand-drawn outline are hung on the walls, they function as encrypted «palettes» whose visual language comes close to gestural hieroglyphs or rebus. The human scale expanded foam sculptures bare the imprints of the artist’s body, she literally hugged the foam leaving an imprint of her body, creating a negative body, a negative of a hug. In the video, a viscous magic potion guzzles images
and objects, echoing our intensive consumption of documents of all kinds.
These new artworks are the silent actors of a play that’s given before us. Created in close dialogue with the artist, our scenography subtly refers to a stylized parisian artist’s studio from the late 19th century. But this studio mainly represents Rachel de Joode’s, where all is decided and which remains the very first exhibition space for her work. The staging is therefore meant to be theatrical in order to highlight the often performative nature of the realization of the artist’s pieces.