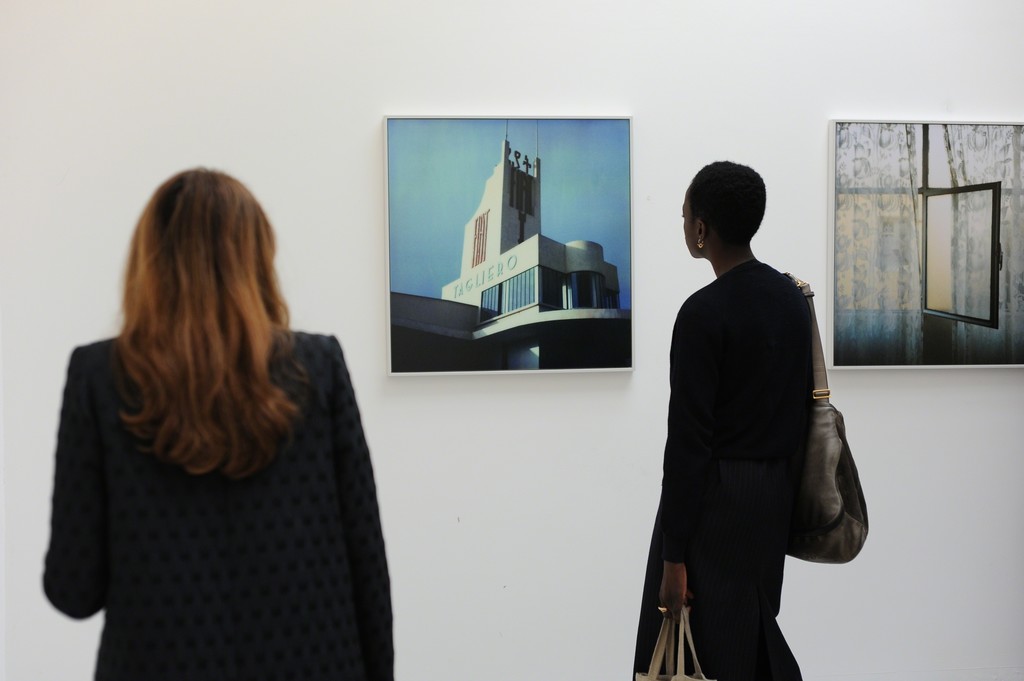 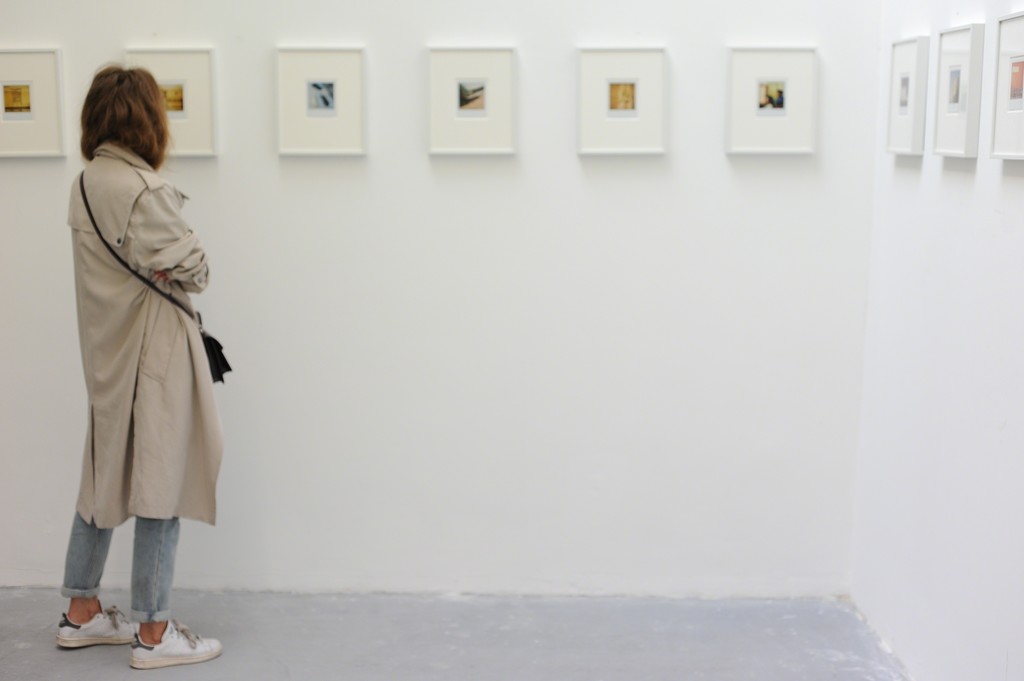 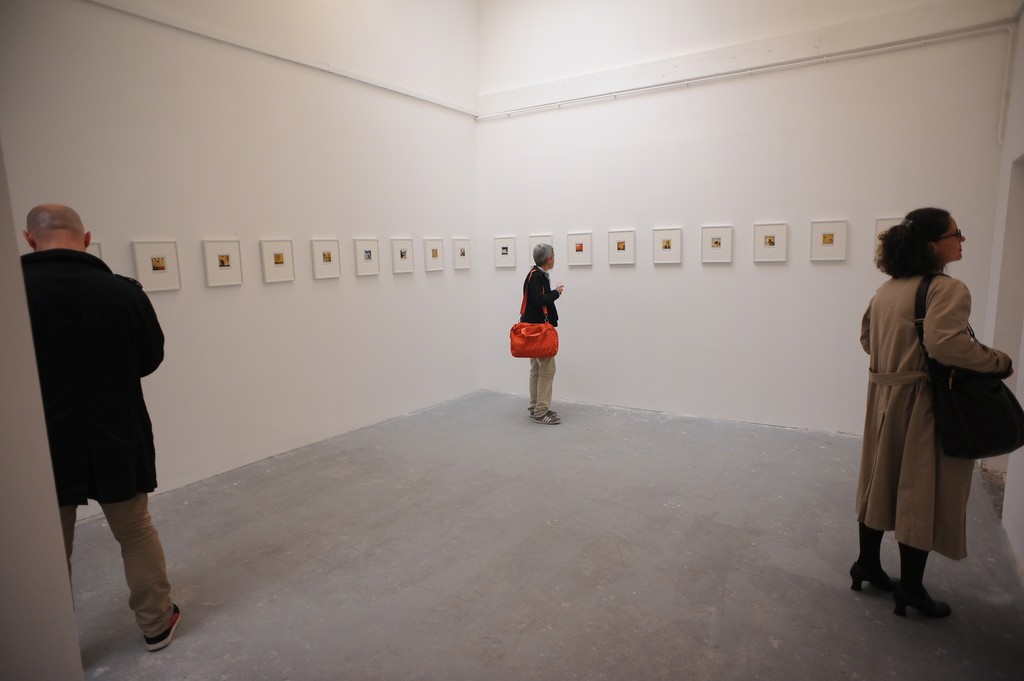 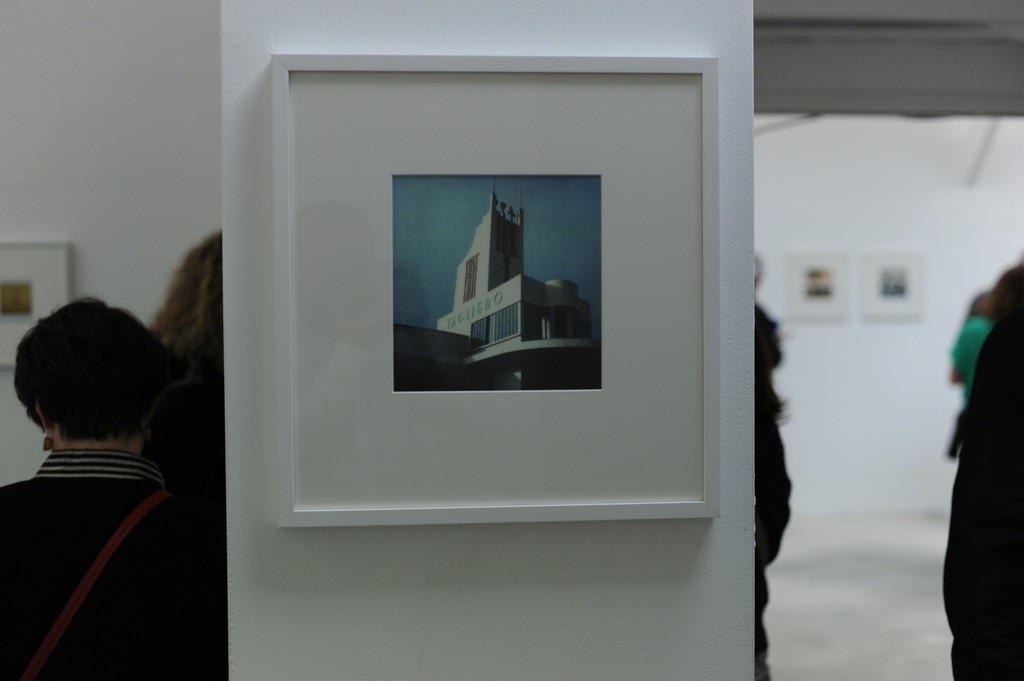 "This work arose from my wish to recreate, through photography, characteristic atmosphere of Asmara, the capital of a poorly known African country on the Red Sea, Eritrea. Taken between 2006 and 2008 with a Polaroid SLR 690 camera, my images emphasize the notion of the suspension of time and history in Asmara, between a colonial past that has deeply modelled the appearance of the city, and a present that seems stuck in an endless wait.
During my different stays in Asmara I often wondered how to describe the feeling I had as I walked around the city. I finally understood that it was comparable to how we feel when we dream. In a certain sense, dreaming is an interruption, a breach in time. In a dream everything takes on a different rhythm, a different progression. Both things and people seem lighter, more subtle and abstract, as though they were in limbo, outside of time. Visitors to
Asmara get the same feeling, whether looking at a café counter, the façade of a building, a man reading a newspaper, a street lamp, a shop sign, and so on.
Faced by this, they may wonder what period these scenes are taking place in: the 21st century or an earlier time, buried in memory? It might be said that Asmara is living through a triple dream. First, the dream of the Italian colonists who began to arrive here at the end of the 19th century with the intention of building a new Rome in Africa. Then, the dream of independence from Ethiopia, which became reality in 1993 following years of courageous confrontations and the sacrifice of human lives. Finally, the hope of those who, faced by the difficulties of the current situation, attempt to leave the country at any price, imagining a better future
beyond its borders. The intertwining of these three dreams has woven and continues to weave the fate of this city: they have nourished and continue to nourish its soul.
However, time passes. The extraordinary modernist architecture, vestige of a golden age, is aging irremediably; the traces of the past fade beneath the pitiless sun on the high plateau; even the aspirations that came with independence progressively seem to lose their substance. What, then, is left of the dream of Asmara?" Marco Barbon