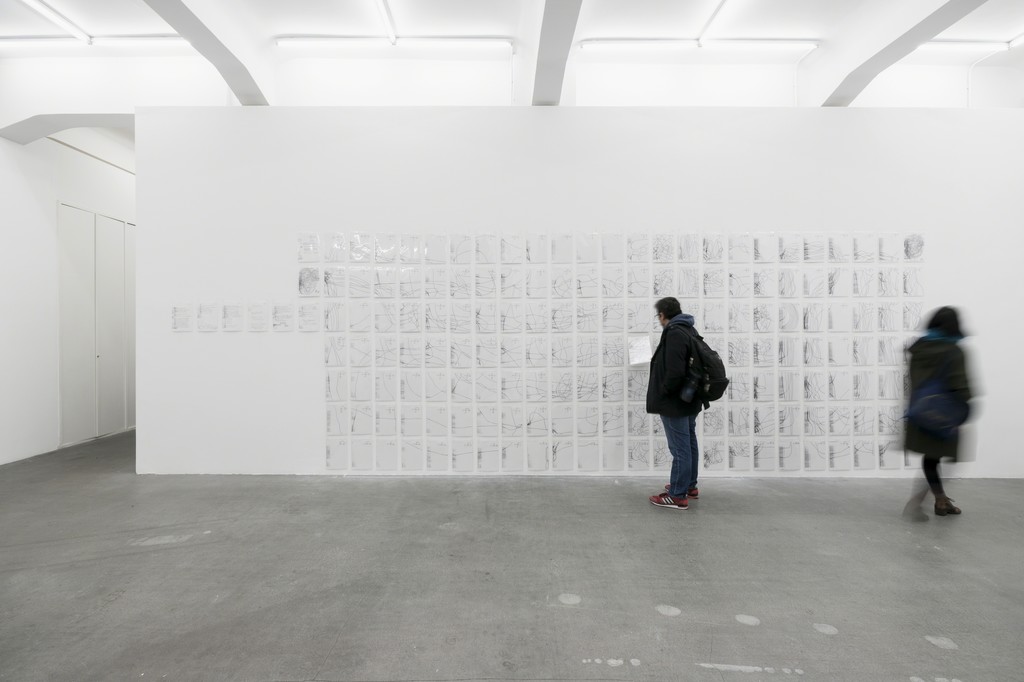 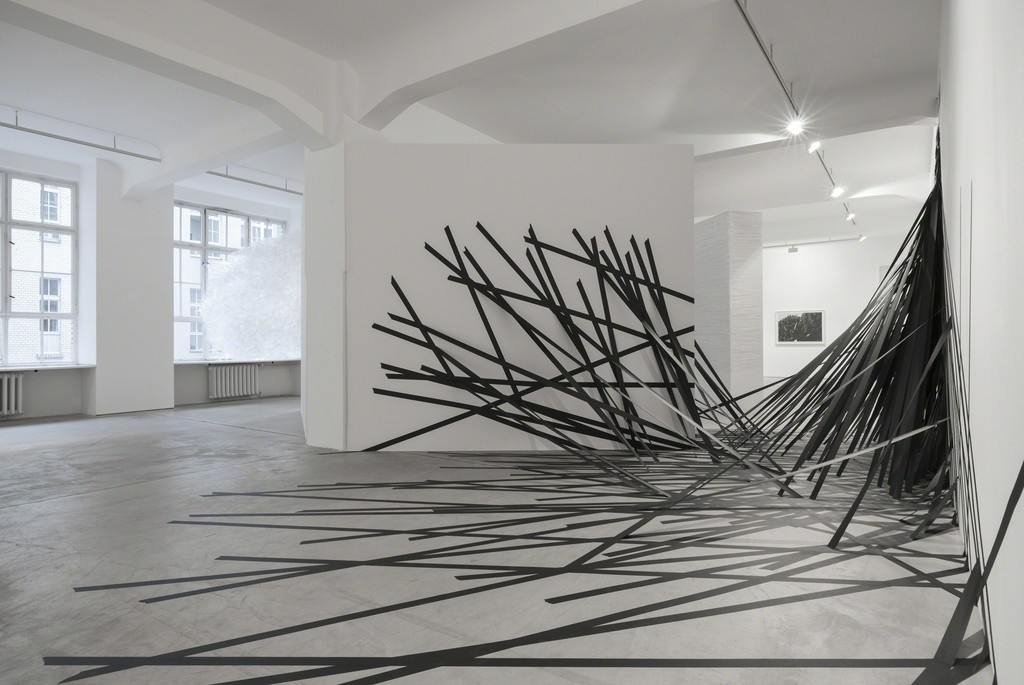 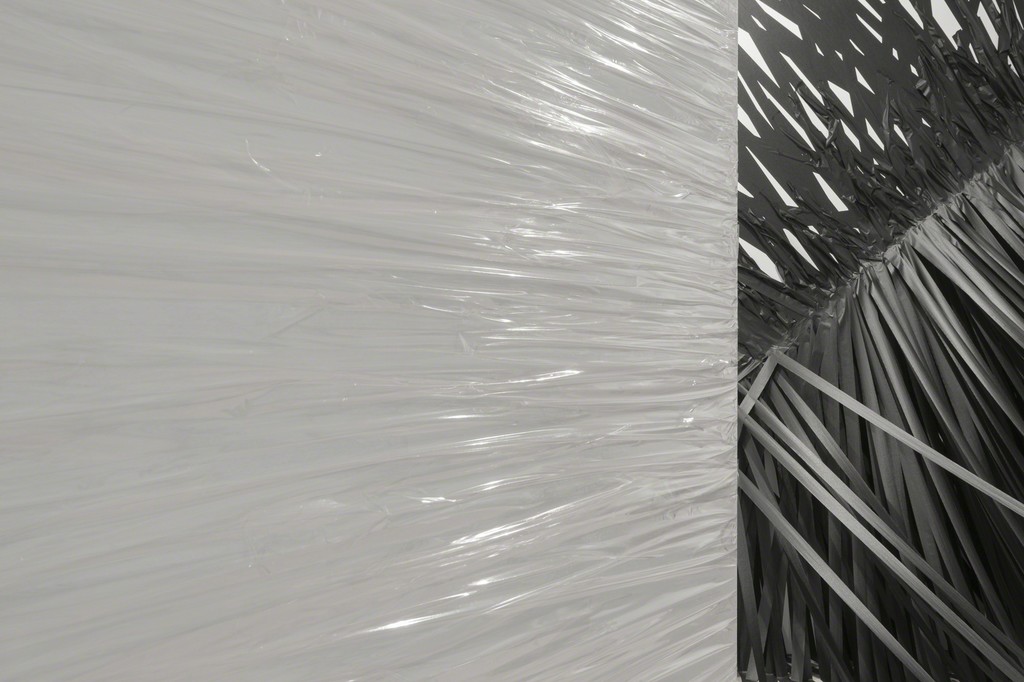 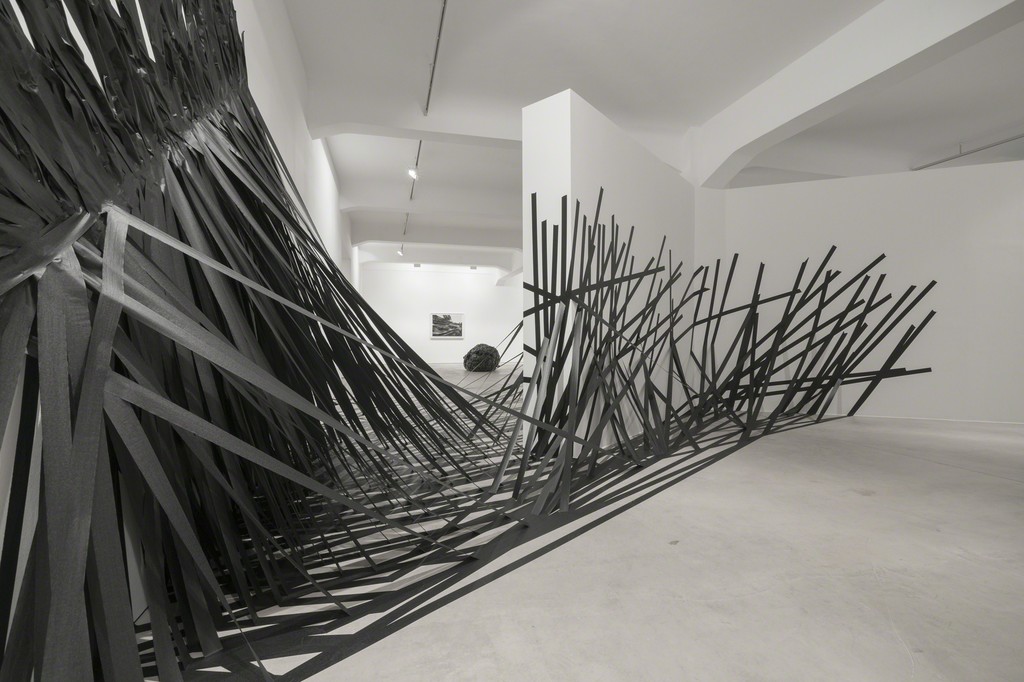 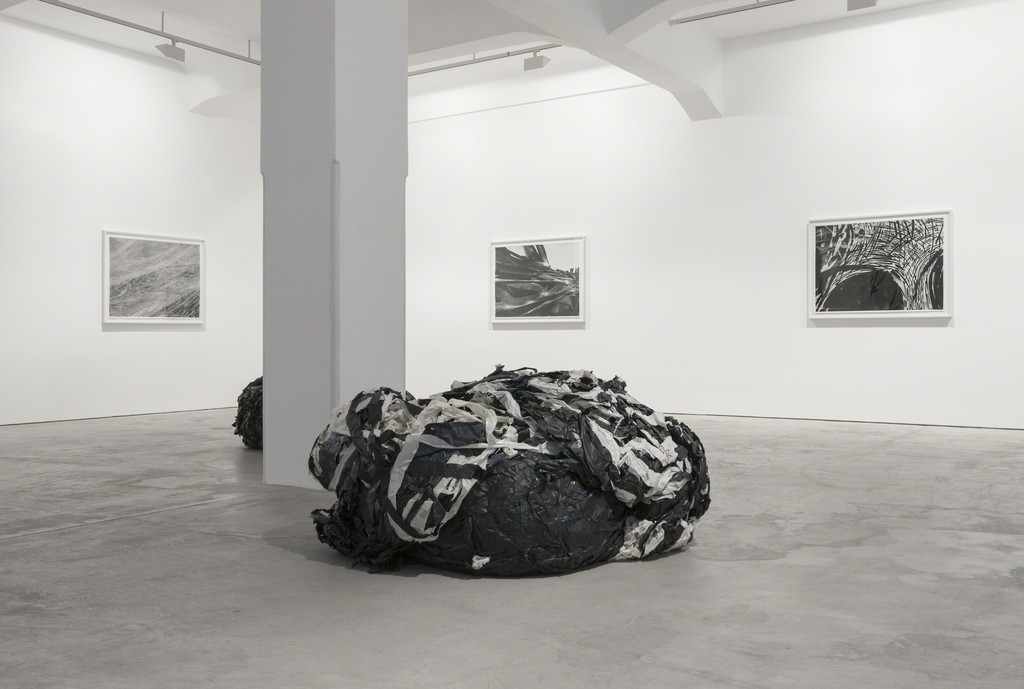 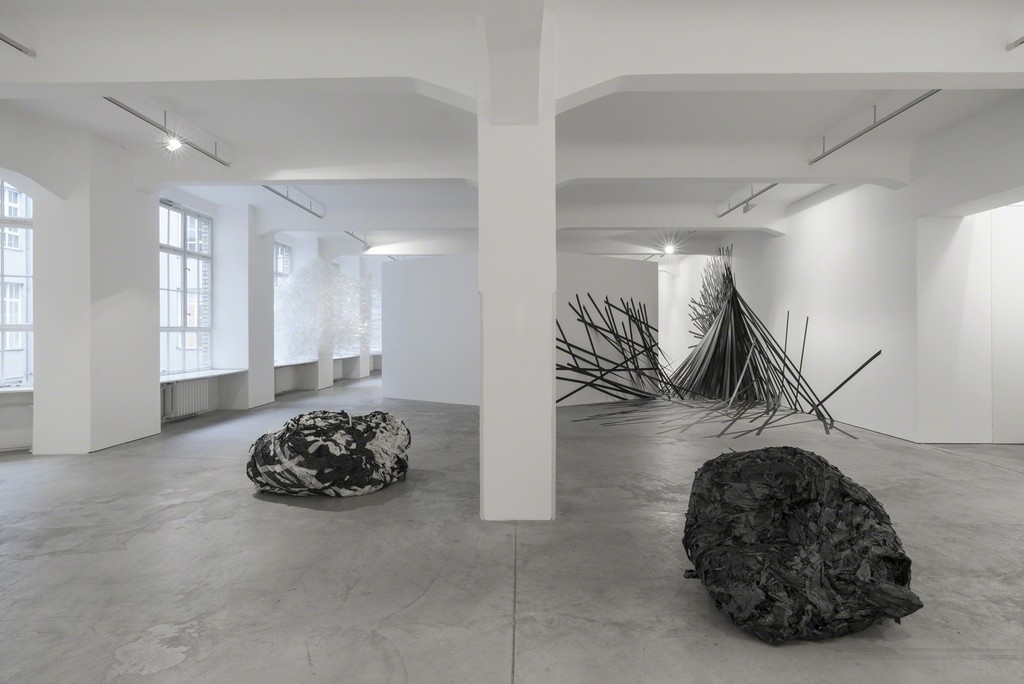 In addition to her characteristic three-dimensional spatial drawings and new photographs and sculptures, the internationally renowned artist Monika Grzymala presents for the first time in entirety, a large format paperwork, which further transforms her constant investigation into the drawing process. A limited edition will accompany the exhibition.

Monika Grzymala, born in Zabrze, Poland in 1970, represents one of the most incisive artistic positions in contemporary art. Grzymala examines drawing’s relationship to the body and the surrounding environment with her temporary, architecturally expansive interventions; in doing so she always refers to the vocabulary of the line. Her chosen materials frequently vary - kilometres of tape draw traces of gestural cross-hatchings and dynamic marks directly in the room, hand-made Washi sheets of paper become tableaus of slender, linear networks and branches and plants form linear structures.

This approach has gained Monika Grzymala international recognition and she has taken part in numerous solo and group exhibitions, including at the Museum of Modern Art, New York, the Tokyo Art Museum, the Hamburger Kunsthalle, the FRAC de Lorrain in Metz, the Sydney Biennale and most recently the Albertina in Vienna. Monika Grzymala, a sculpture graduate and trained conservator, lives and works in Berlin. In 2013 and 2014, she was a visiting professor at the University of Applied Art in Vienna; in addition, she creates site-specific installations and longterm projects worldwide.

In "The Making of Forming Something New" – her second solo exhibition at Galerie Crone in Berlin – Grzymala allows the viewer to experience and comprehend the creative process in her work. For two ephemeral tape installations, whose form permanently changes during the course of the exhibition, the artist has modified the gallery space through the placement of additional walls and thus has a greater influence on her immediate environment. These are accompanied by photographs and sculptures that Grzymala produced from previous spatial drawings – including one that she presented this year at the ARCO in Madrid – which transfer the process orientated nature of her work and the perpetual cycle of construction, deconstruction and reconstruction into different, new mediums.

This becomes even more apparent in the large-format, generative drawing on paper, which Grzymala presents on the Galerie’s first floor and which was originally created for an exhibition in the Reykjavik Art Museum in Autumn 2014. This work, from which the exhibition gains its title, displays a complex, linear structure that meanders over a surface of 454 sheets of A4 paper placed on and next to each other.

Bedridden after an accident, the artist was unable to travel to the exhibition in Reykjavik, where she originally planned to install one of her spatial drawings made of tape. However, in order to still take part in the exhibition, she developed the idea of a generative drawing, which only achieves its intended form after being transmitted by fax. Grzymala created a complex, numerical coordination system that dictates the position of each piece of paper on the wall. Over a period of three months, the artist sent several pages of the drawing by fax to the museum in Reykjavik where the sheets were positioned in her allocated space according to the predetermined hanging system. A line drawing was thus generated, which grew beyond the paper surface and into the space during the course of the exhibition, it met at intersections, disentangled again and attained its final form on the last day of the exhibition. Now, in Berlin, this work can be seen for the first time in its entirety over the course of the whole exhibition.

A limited edition consisting of all 454 sheets from the drawing The Making of Forming Something New and a catalogue with texts by Petra Kipphoff and Monika Grzymala accompanies the exhibition.