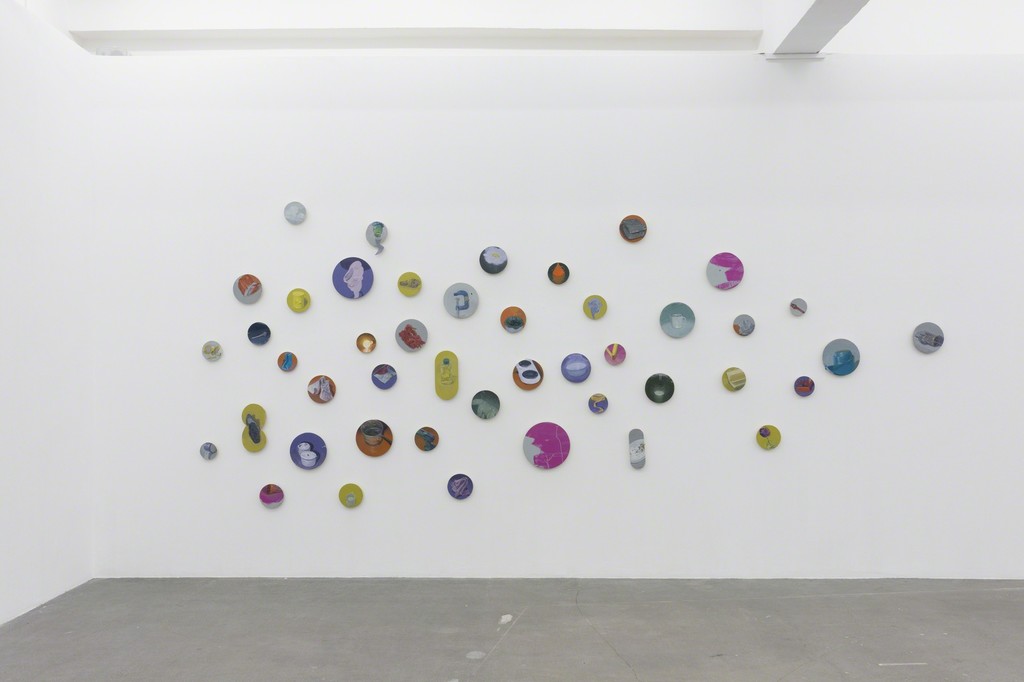 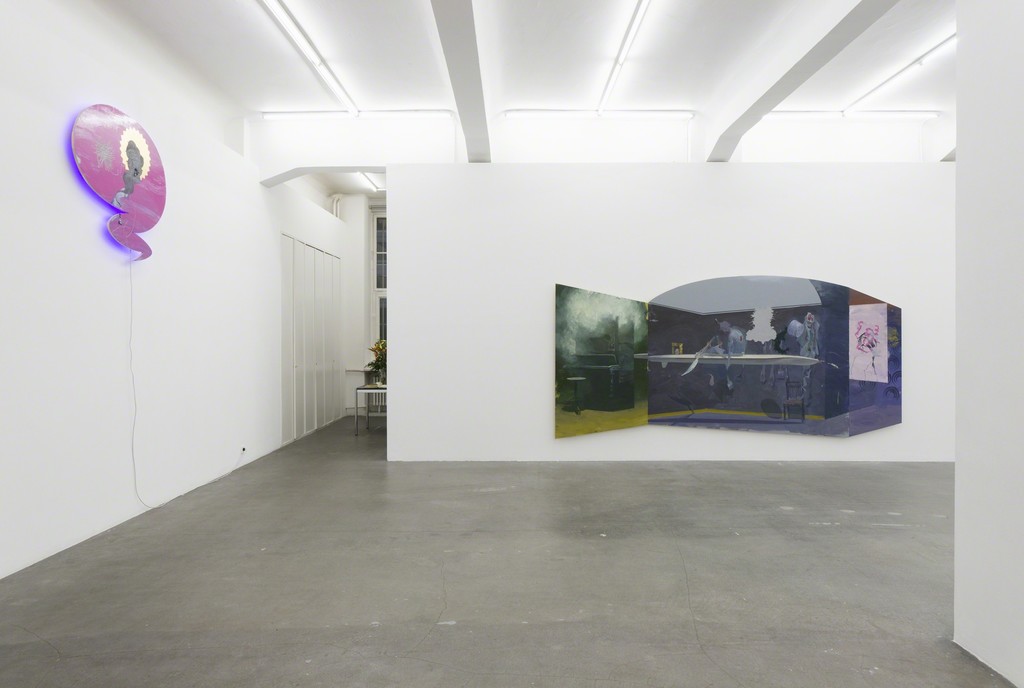 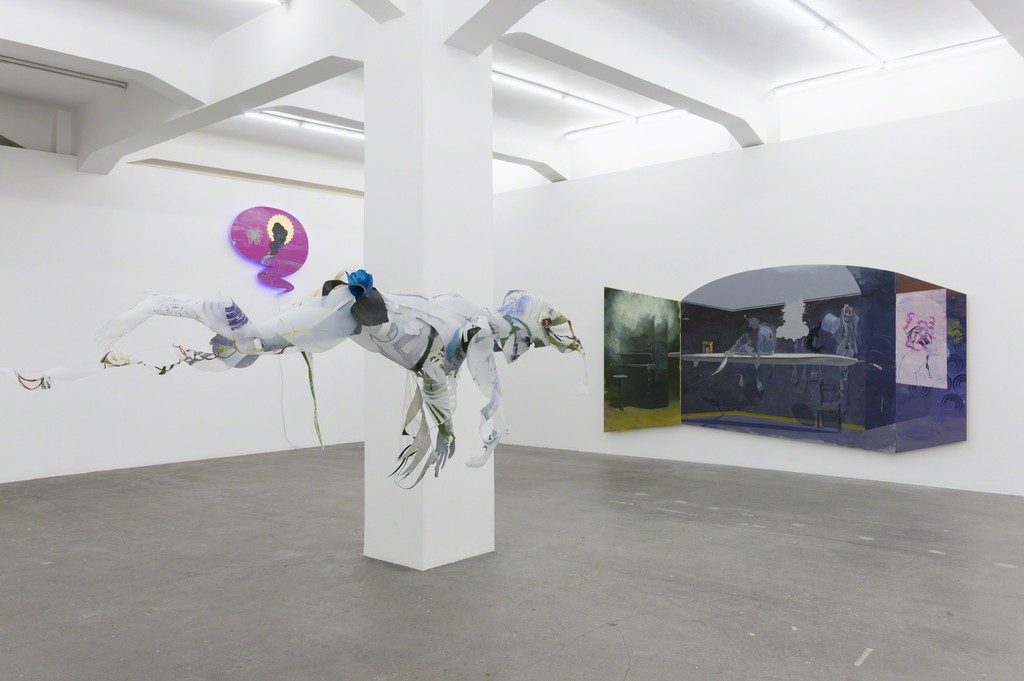 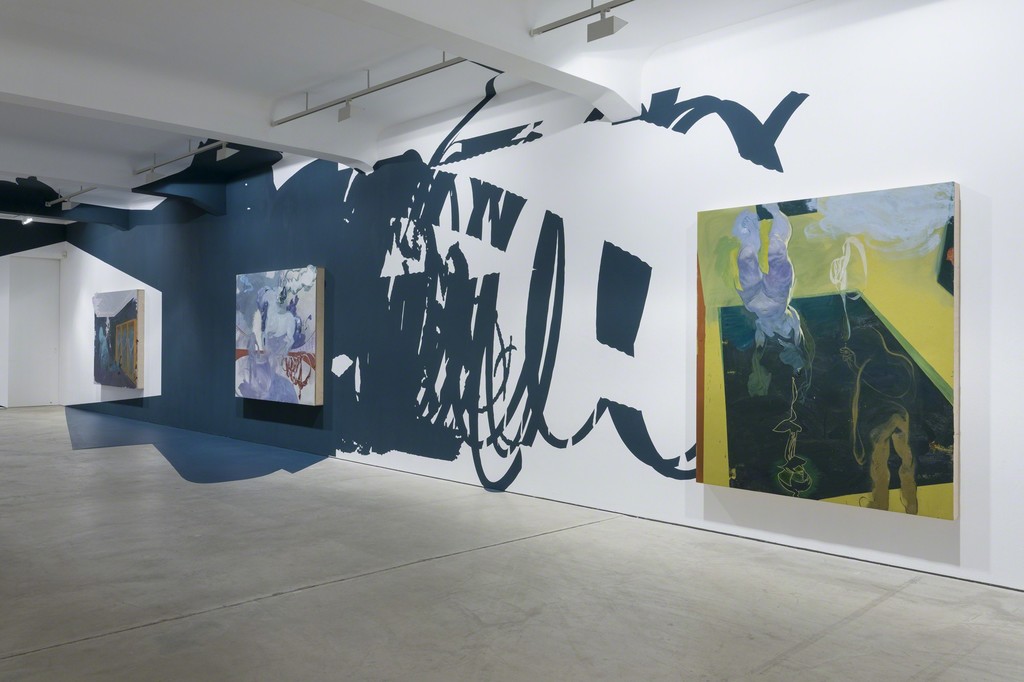 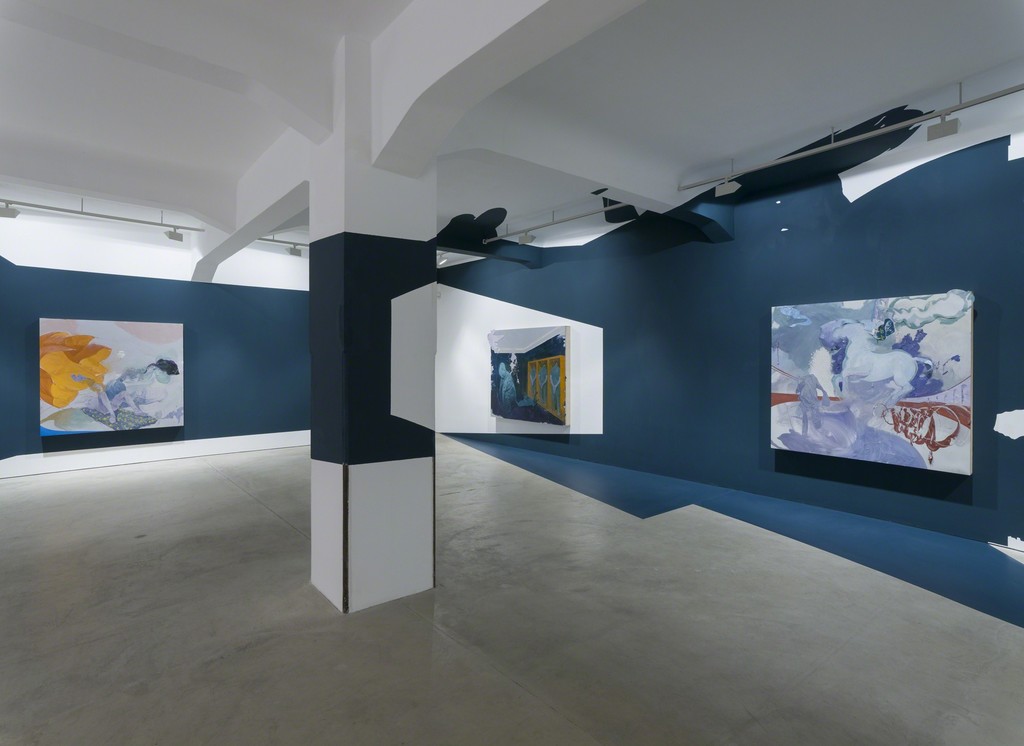 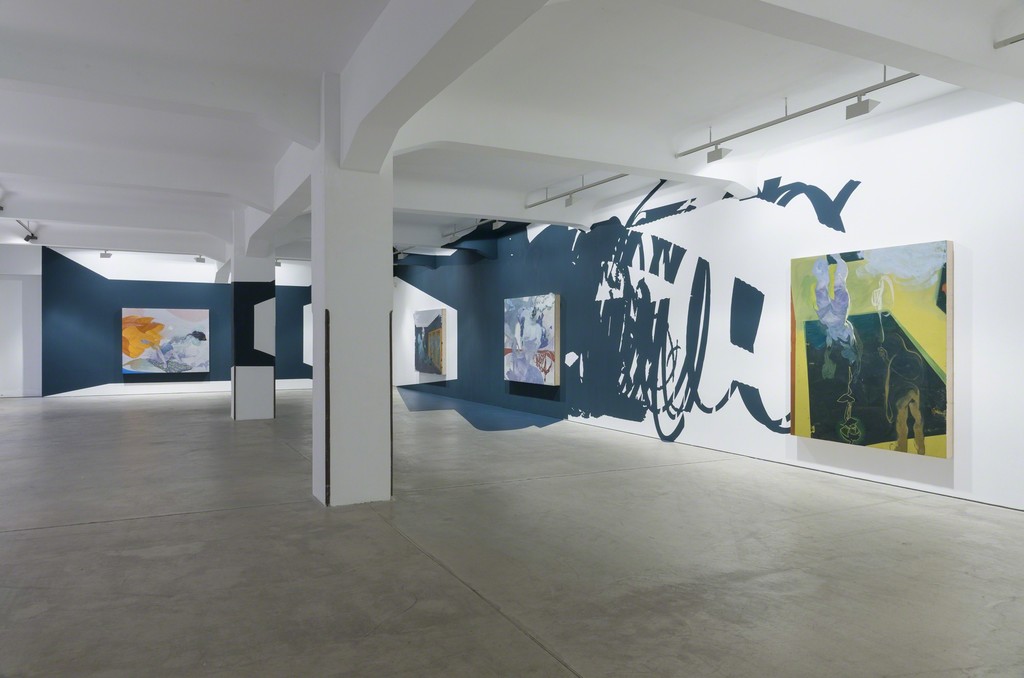 Entitled “The God of Small and Big Things”, approximately 40 works by Ruprecht von Kaufmann featuring his characteristic ‘oil on linoleum’ technique will be presented on both floors.

Ruprecht von Kaufmann draws inspiration for his paintings and sculptures from mythology, literature and art history. He brings fantastical, magical scenes to life on abstract and figurative tableaus that look like images from dreams and recall an unreal world made up of fragmented stories and individual memories.

The new works presented in Galerie Crone focus upon the odyssey. The ancient epic by Homer begins with a clear idea - Odysseus’ return to Ithaca - but it then evolves into a drama of unpredictable proportions due to uncertainties and fateful entanglements. For instance, Odysseus' wife Penelope who is hopeful for the return of her lost husband faces a parasitic horde of aristocratic suitors who hope that events will turn out in their favour. In the work “Die Freier warten” (“The Suitors Wait”), Ruprecht von Kaufmann lets this scene come to life by means of association, without creating a clear narrative: a female figure appears to fall down into the depths, a further figure with a cigarette in his hand observes the scene expectantly. The complex tragedy conveys itself to the viewer in a subtle manner, a conclusive interpretation is not offered to us. The titles chosen by the artist only open up further possibilities for us to approach the subjects depicted. Through multi-perspective compositions and collage-like elements in the painting, which indiscriminately and abruptly insert themselves like abstract painterly excesses, the works expand into the space and affect both the spatial impact of the paintings themselves as well as patterns of movement inscribed into the immediate space.

The surroundings are also integrated directly into the work by means of additional modifications. For example, Ruprecht von Kaufmann has covered the upper floor of the gallery in a complex, monochrome, dark mural, which spreads on to the ceiling and floor and creates a bleak, melancholic atmosphere. On the one hand, it serves as a backdrop for the exhibited works, on the other, it forms subtle connections to the works in which the surface of the painting appears to merge with the surface of the wall. Furthermore, the artist creates illusionary spatial perspective and thus formulates anew painting’s ambivalence as a window to another world and simultaneously as a factor of influence in the real world.

On the ground floor of the gallery there are wall-covering triptychs, a sculpture and small-scale, round portraits of everyday object. The artist views these items not just as objects of everyday use but also as conveyers and observers of personal stories. These stories are what drive Ruprecht von Kaufmann – stories that define and determine our lives, that are fragmented and reform themselves according to our perspective and individual point of reference.

Ruprecht von Kaufmann was born in 1974 in Munich. After having previously spent several years in Los Angeles, he has been living and working in Berlin since 2003. His work has been in many solo and group exhibitions, including Forum Kunst Rottweil (GER); Museum für bildende Kunst Leipzig (GER); Kunsthalle Mannheim (GER) and in the exhibition "The Vacancy", organised by Galerie Crone. His work can be found in numerous renowned collections, including the Collection of the German Bundestag, Berlin and in the Hort Collection, New York.