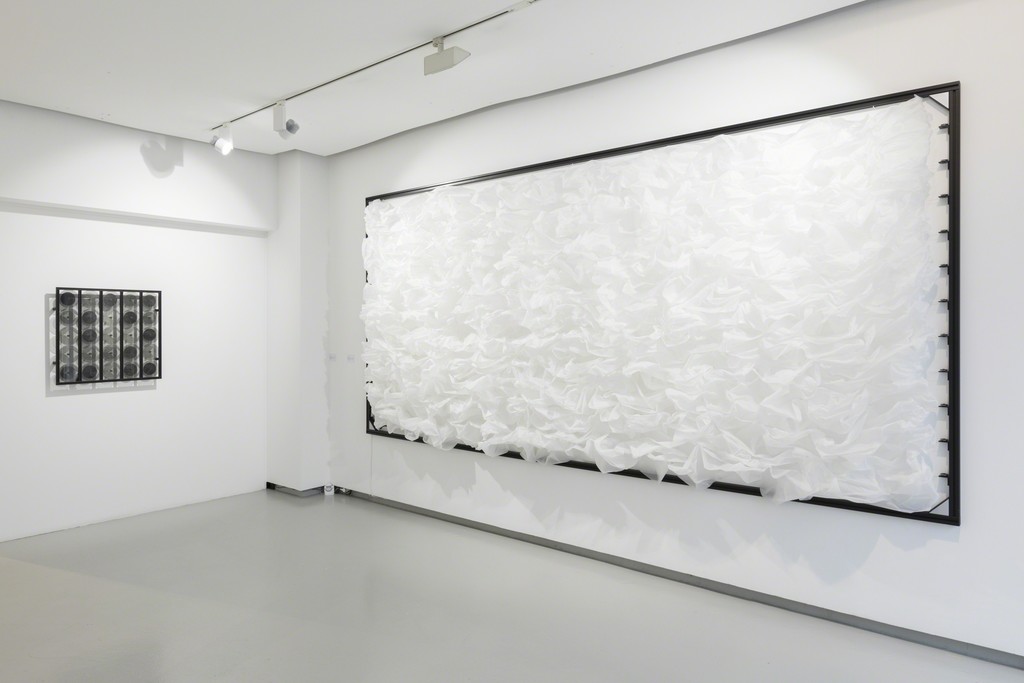 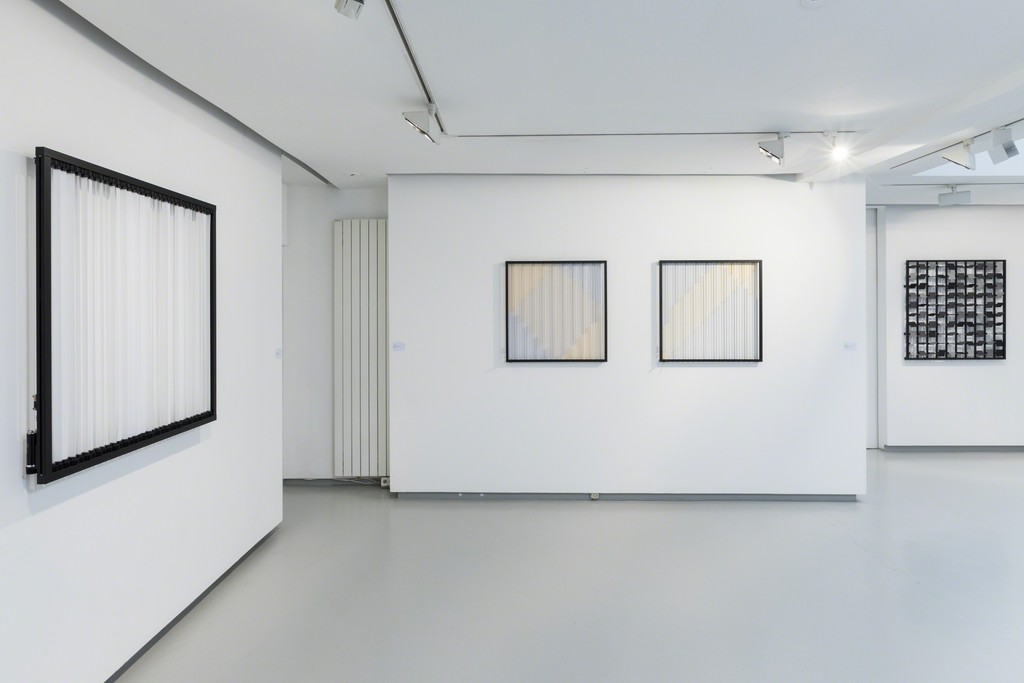 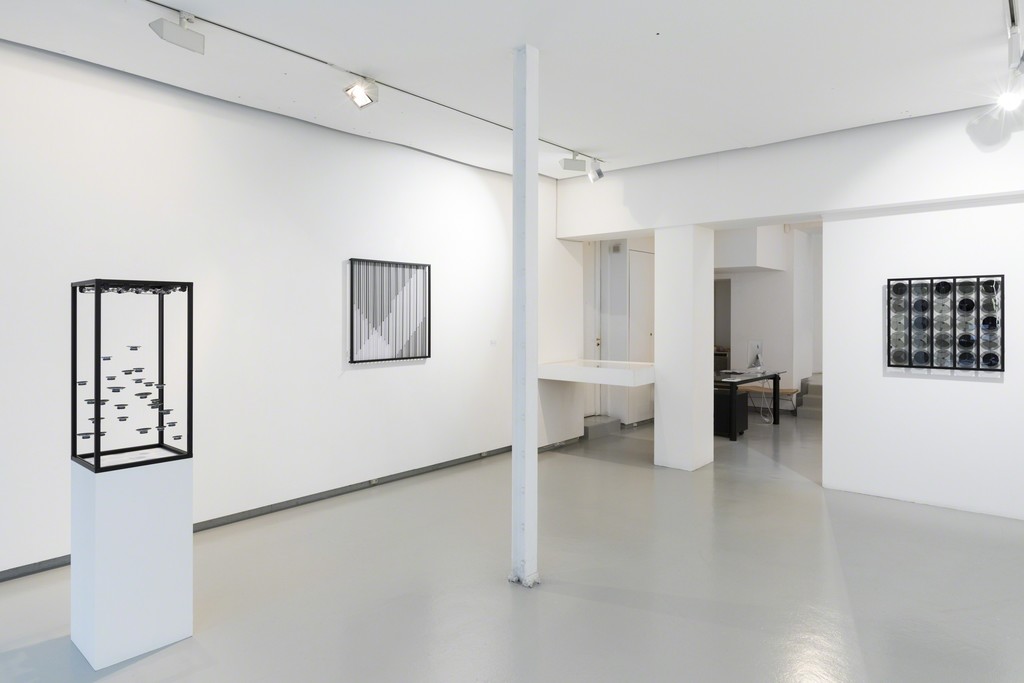 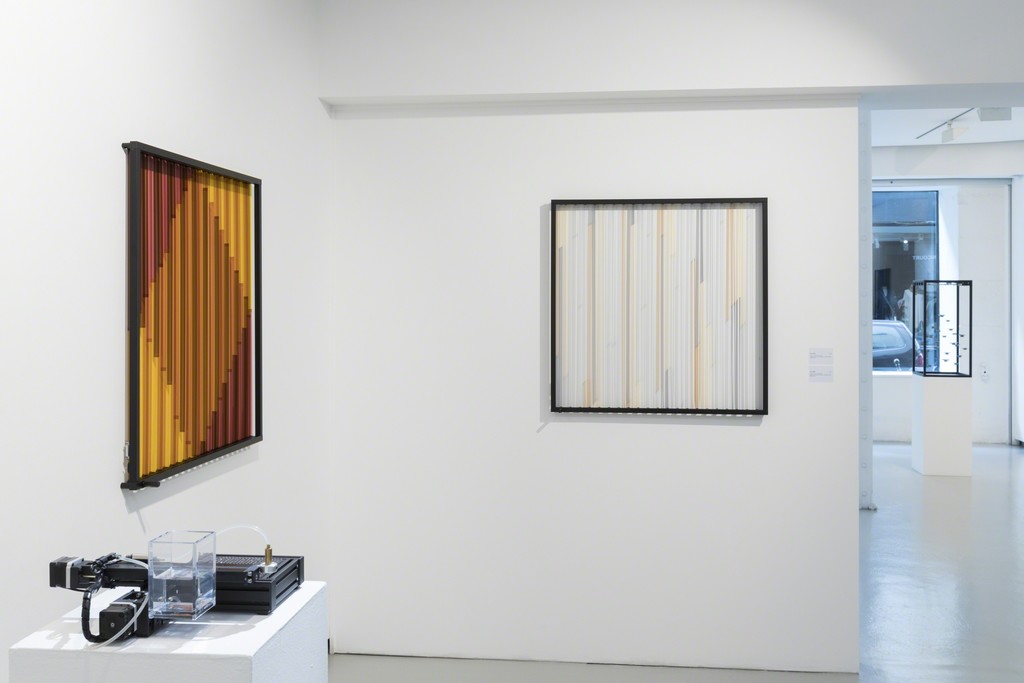 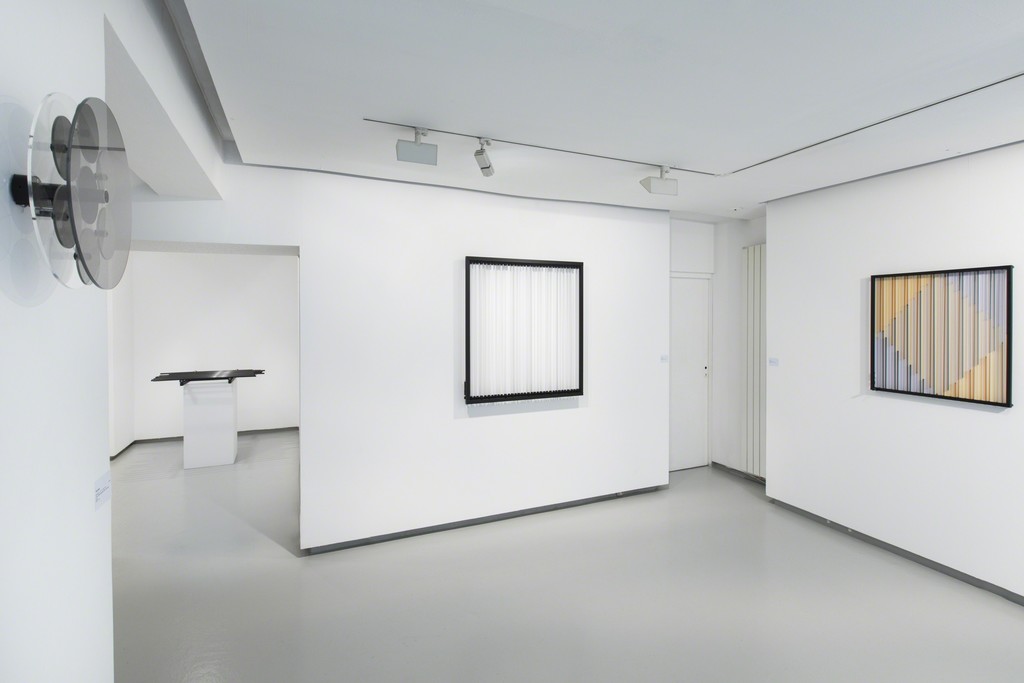 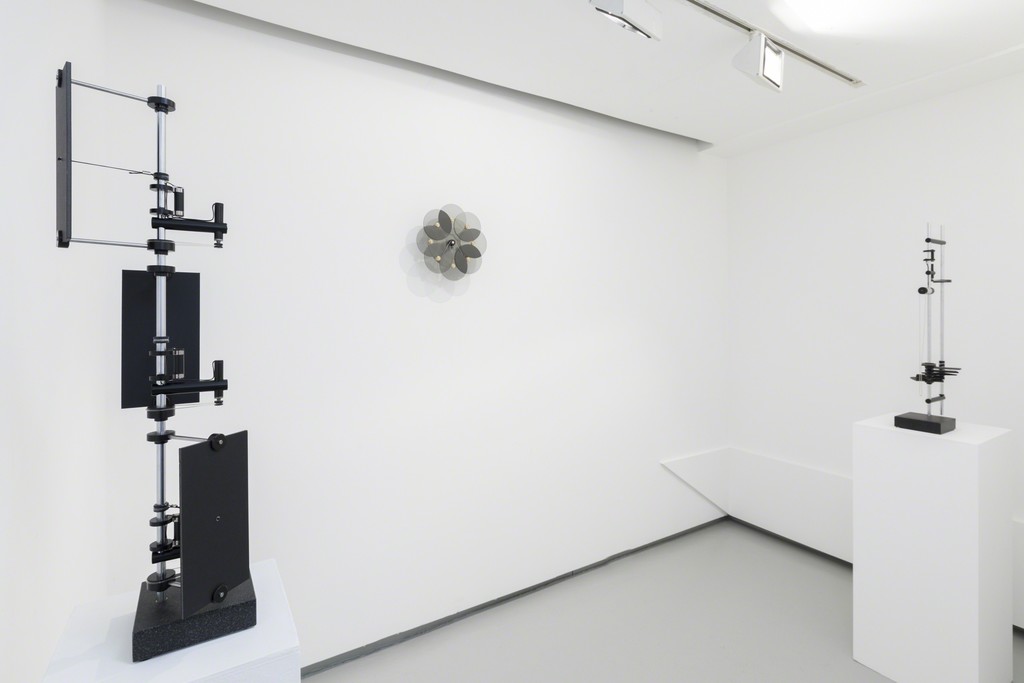 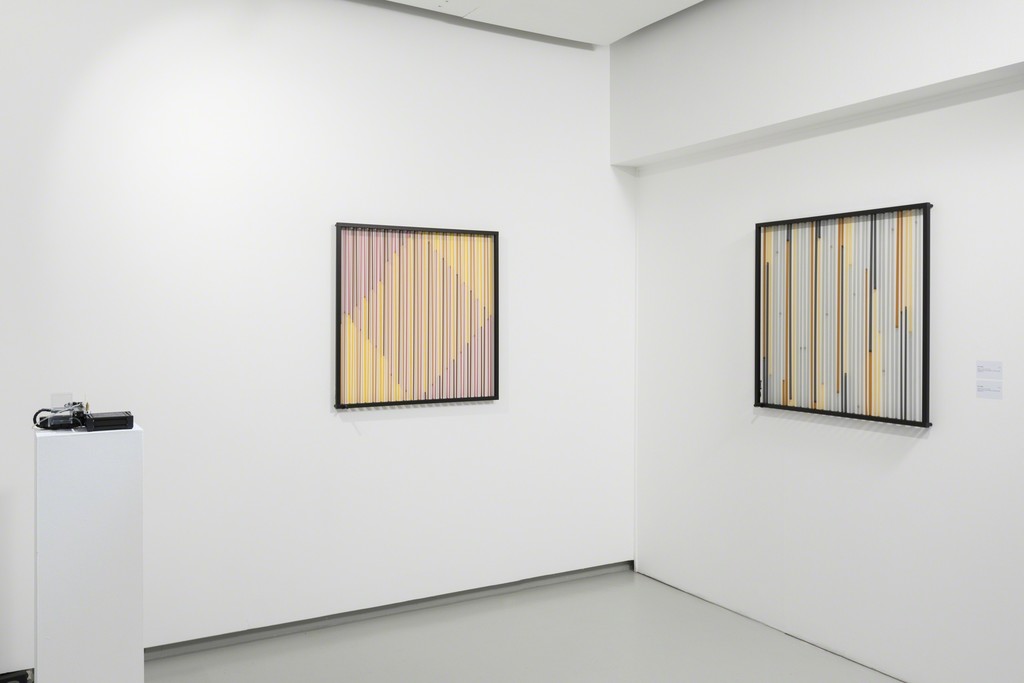 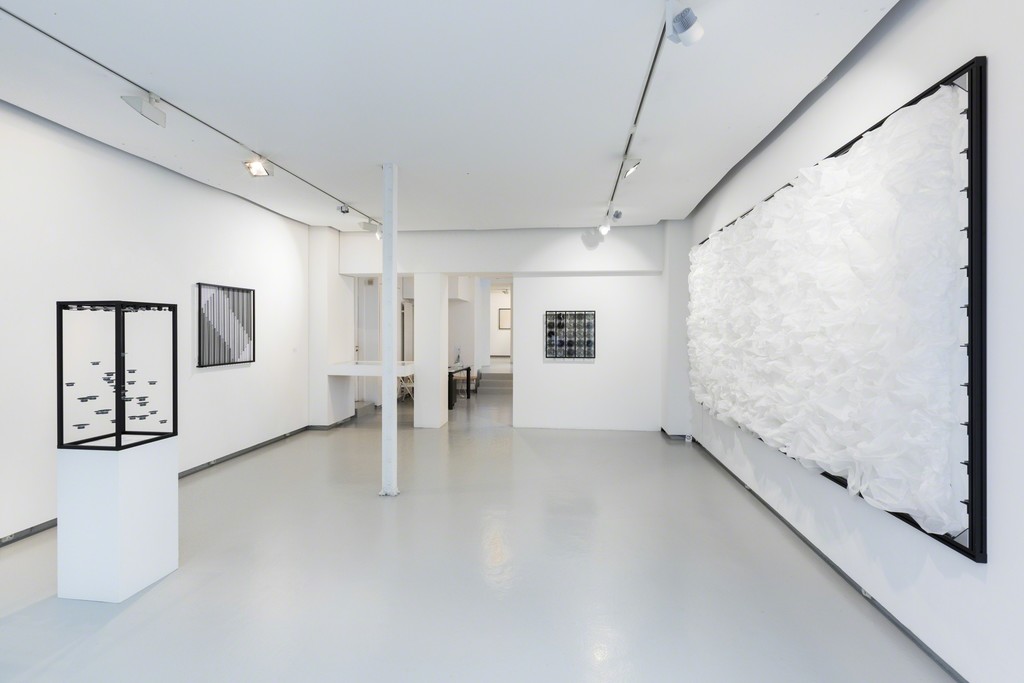 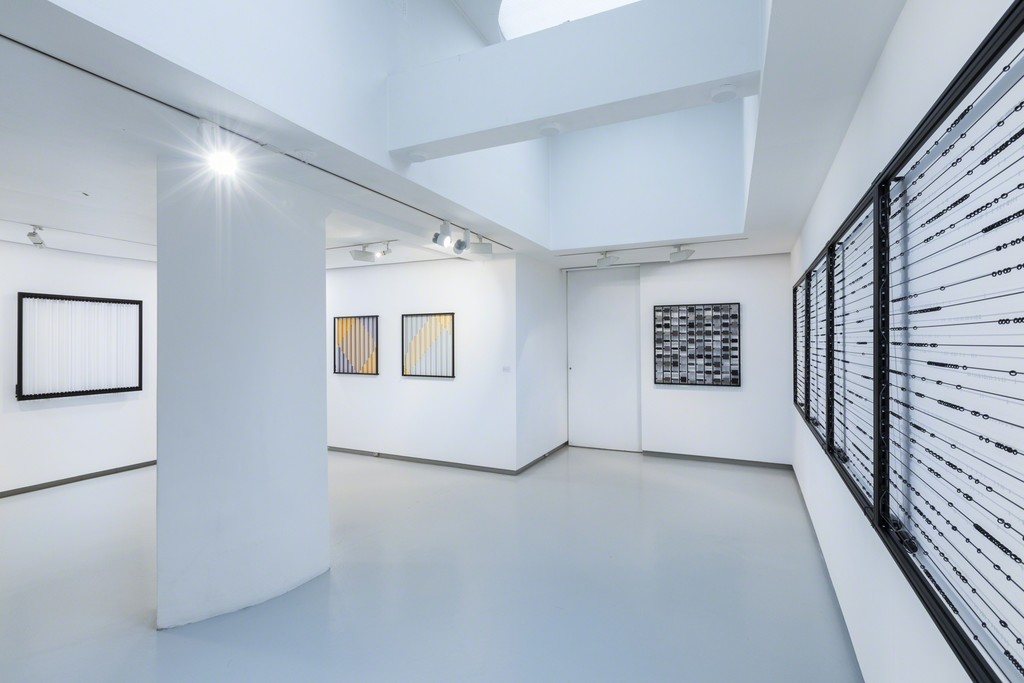 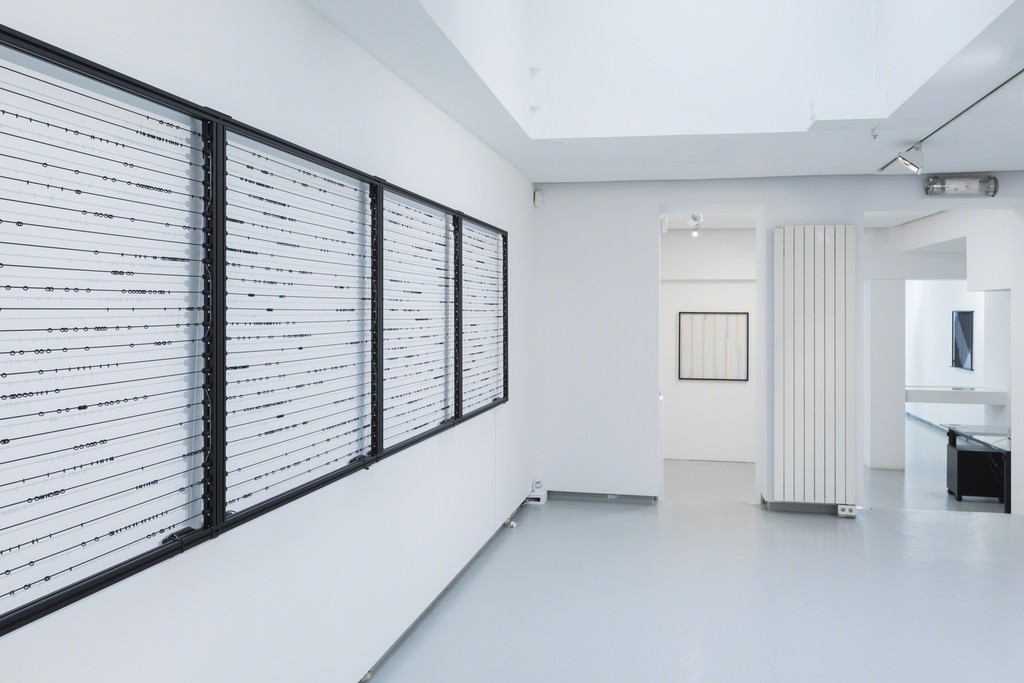 The denise rené gallery is pleased to present for the second time a solo exhibition of the swiss artist Pe Lang.

Born in 1974 in Switzerland where, after several years working in Berlin, he has returned to set up his studio near Zurich, trained in electronics and computer programming and naturally integrating technology into his artworks, Pe Lang is one of the most promising and accomplished artists of the new generation of constructive abstraction.w
Considered as the rising star of a specific Helvetic conception of concrete art, favoring perfect geometric construction and spotless workmanship, Pe Lang is building an exemplary artistic career, from experimental music to kinetic works creation bringing at stake physical phenomena – the attraction / repulsion of magnetism, the diffraction of light, the cascading effects of gravitation, the friction or the collision of elements against each other – with an ever mysterious and captivating elegance.
For the last fifteen years, the many distinctions that have rewarded Pe Lang’s sound installations and performances in European festivals, in the United States and in Asia, as well as the artistic prizes and awards which were granted to him and the many exhibitions contemporary art institutions devoted to him bear witness to the unanimous international recognition which is now crowning his artistic work.

Absolute mastery of the technological effects and intrinsic properties of the materials used, rigorous control of the movement and the reactions it generates, technical virtuosity even in the search for the most extreme sobriety of the choosen devices, the kinetic works of Pe Lang reach, in their simplicity itself, or their appearance of simplicity, a form of perfection.
Polarized rotating discs generating tiny and subtle movements of nuances that multiply the play of reflections, imaginary race of rings sliding on their axis in a chimeric cavalcade, infinite ripple of a sea of crumpled paper, irrepressible attraction of opposites leading to a perfect as well as fleeting equilibrium state, hypnotic twist of parallel lines subjected to inverse forces, serial repetition of seemingly identical elements, the allegedly immutable order of Pe Lang’s installations ceaselessly evades to suggest another reality, ephemeral and unforeseen, where unsuspected colors and shapes arise.
If technical mastery and irreproachable achievement are obviously his trademarks, Pe Lang is, above all, this infinitely sensitive artist able to produce the movement, beyond the schemes he designs, by the emergence or the absence, intermittency or intensity of light that modifies perception and relation to space.

This subtle aesthetic is nourished by impalpable phenomena born of the mechanical movements perceptible at first sight by the spectator, which they immediately contradict and upset : thus, in certain works, the programmed progression of surfaces or lines coming to reveal to the spectator or projecting their colored phantoms on the surface of the wall creates, beyond movement, a feeling of immateriality, transfiguration and ambiguity of color that gives the work a new dimension.

The engines slight rustling, the velvety pulsation of the discs, the delicate crumpling of materials, the simmering of waterdrops, the silky brushing of the rings, the magnets oscillations, the muffled murmur of tiny collisions, the shuddering of crumpled paper, the airy echo of suspended sound membranes whose vibrations reveal spatial arrangements that were undetectable to the naked eye ... the aesthetic universe of Pe lang is also an immense and delicate sound partition made of tiny whispers, lustrous rubs, murmured rhythms playing a line of continuous bass that reveals and modifies the nature and the dimension of the work, as much as it transforms the visual experience and the spectator’s relationship to the space.

Denise René gallery, which has hosted since its inception the most innovative proposals of geometric abstraction and kinetics, striving to make the various developments of this trend known and internationally promoted, accompanies and supports Pe Lang’s work and representing him since 2013.
The exhibition presented from 24th May 2018 in the gallery’s Marais Space - 22 rue Charlot 75003 Paris - is devoted to the latest work of the artist.

For this special opportunity, Pe Lang will present four sound-sculptures created in collaboration with the Greek sound-artist and composer Marianthi Papalexandri-Alexandri.