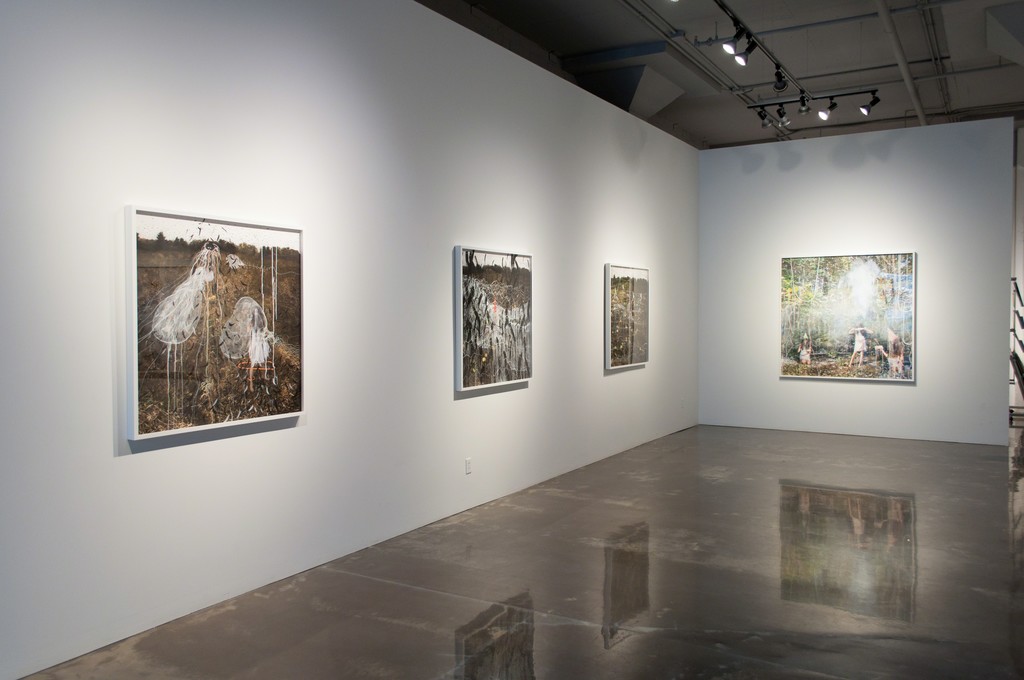 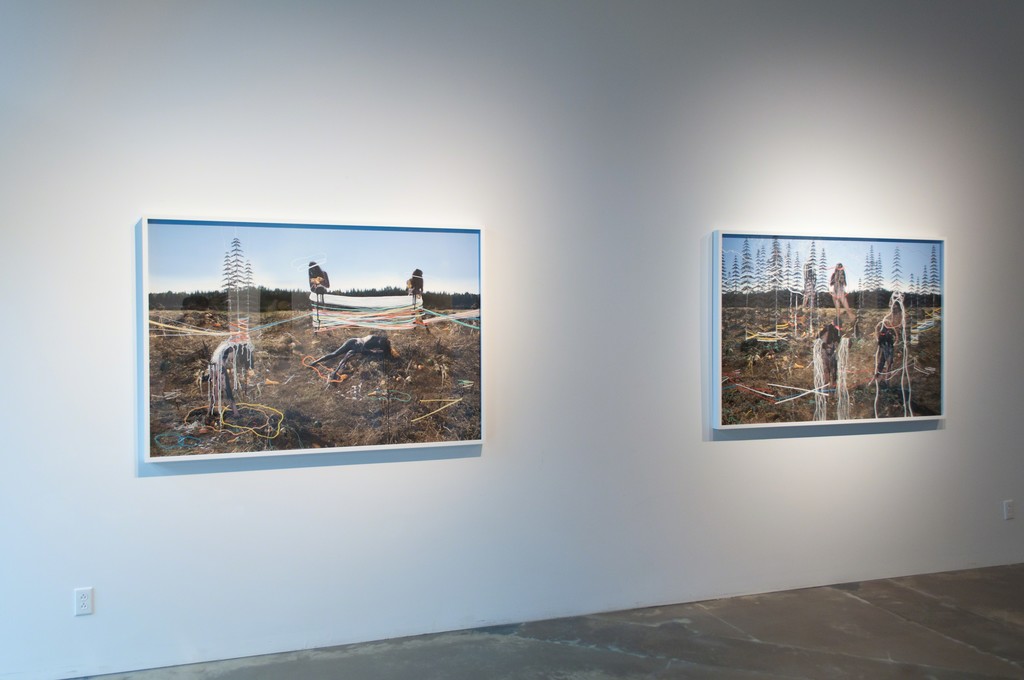 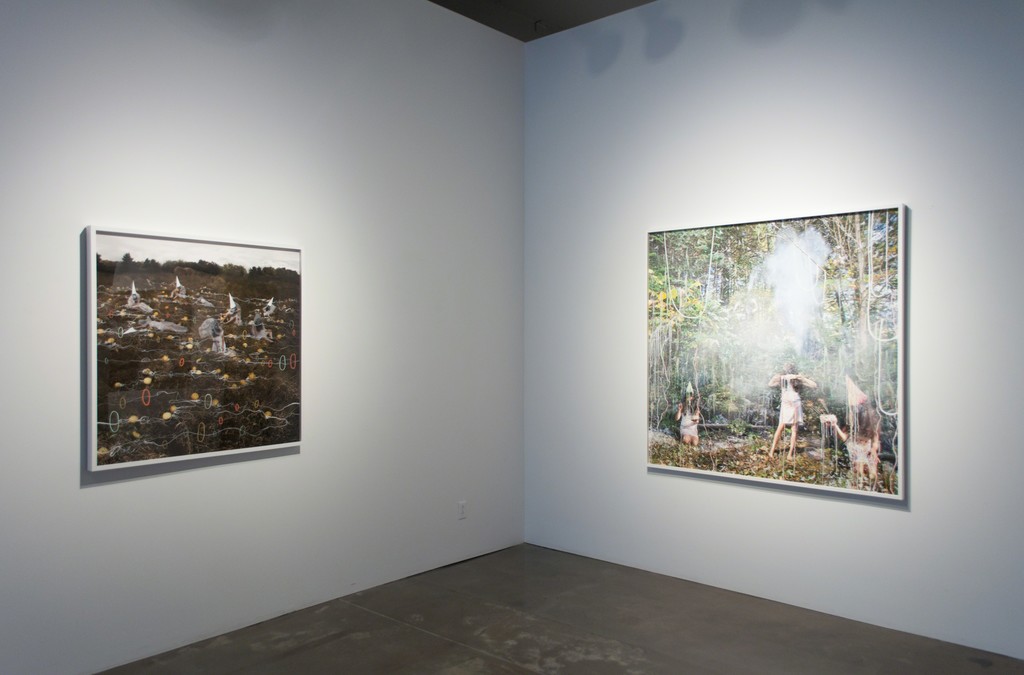 Galerie D'Este proudly presents a solo exhibition by multidisciplinary artist Annie Baillargeon entitled Les natures mortes : Épisodes de petits déclins. In this body of work, the artist addresses the tradition of still life photography by incorporating into her process elements of performance, food and objects associated with the ritual of eating. Interested in the alchemy of expression that arises from the mixing of various media, the artist combines digital photomontage and paint in order to create works that straddle aesthetic beauty and ugliness. These compositions depict small performances in various natural settings. They illuminate, via numerous visual techniques, issues associated with eating and its various disorders. Through these transformed universes, Baillargeon explores erosion as a metaphor, prominently featuring environments which have suffered most from it (abandoned gardens, large fields and undergrowth). These landscapes spark a dialogue with any viewer willing to get closer.

Annie Baillargeon lives and works in Quebec City. For the past 15 years, she has investigated a multidisciplinary approach based on vivid and often subversive representations of the body. She is both a member and co-founder of the multidisciplinary group “Les Fermières Obsédées” who, performing since 2001, inject a certain indiscipline into the genre of action art. She now works with a new collective called BLUSH. She has had solo exhibitions in galleries across Quebec and Canada, including Maison de la culture Frontenac and Galerie d’art d’Outremont in Montréal, L’oeil de poisson and VU PHOTO in Québec, Espace F in Matane, Galerie Séquence in Saguenay and Gallery 44 in Toronto. Baillargeon has participated in well-acclaimed group exhibitions such as L’envers des apparences at the Musée d’art contemporain de Montréal, C’est arrivé près de chez vous at the Musée National des beaux-arts du Québec, Dans un Monde post : Un événement post-punk at Université de Sherbrooke à Longueuil, The constructed images at CONTACT Photography Festival in Toronto and Touched at the Liverpool Biennial. Her work has been shown in Serbia, Chicago, Wales, Brazil, Poland, Ireland, Australia, Ecuador and France, and can be found in many important collections including that of the National Gallery of Canada and Bank of Montreal. She has been the subject of twenty articles and publications in addition to being the recipient of several awards. She is a finalist for the National Salt Spring Art Prize 2015. Annie Baillargeon is represented by Galerie D'Este in Montreal.