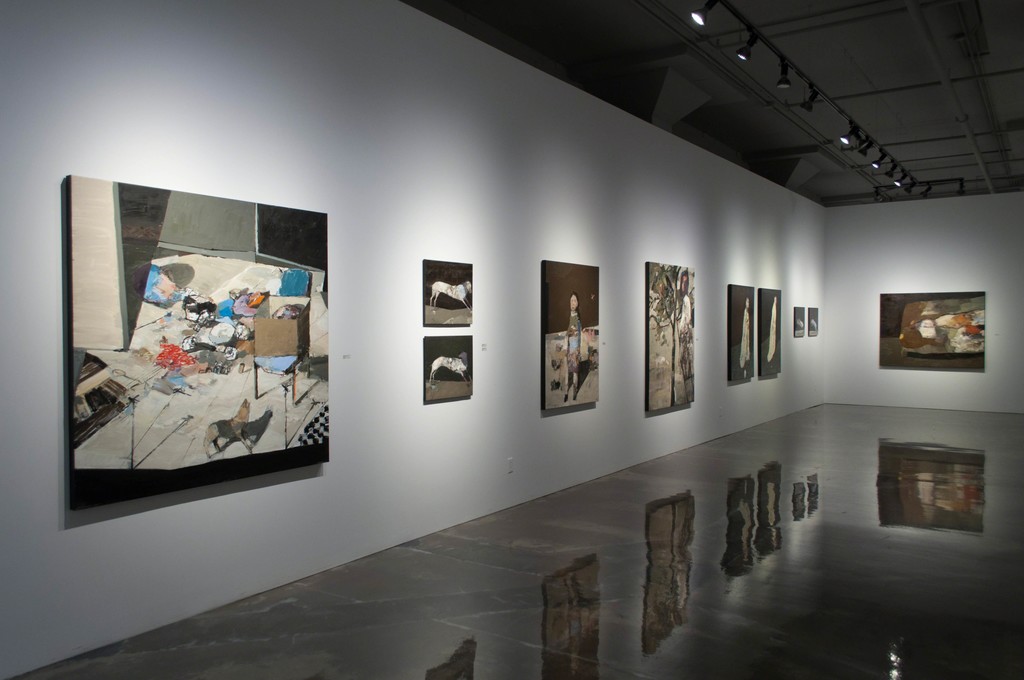 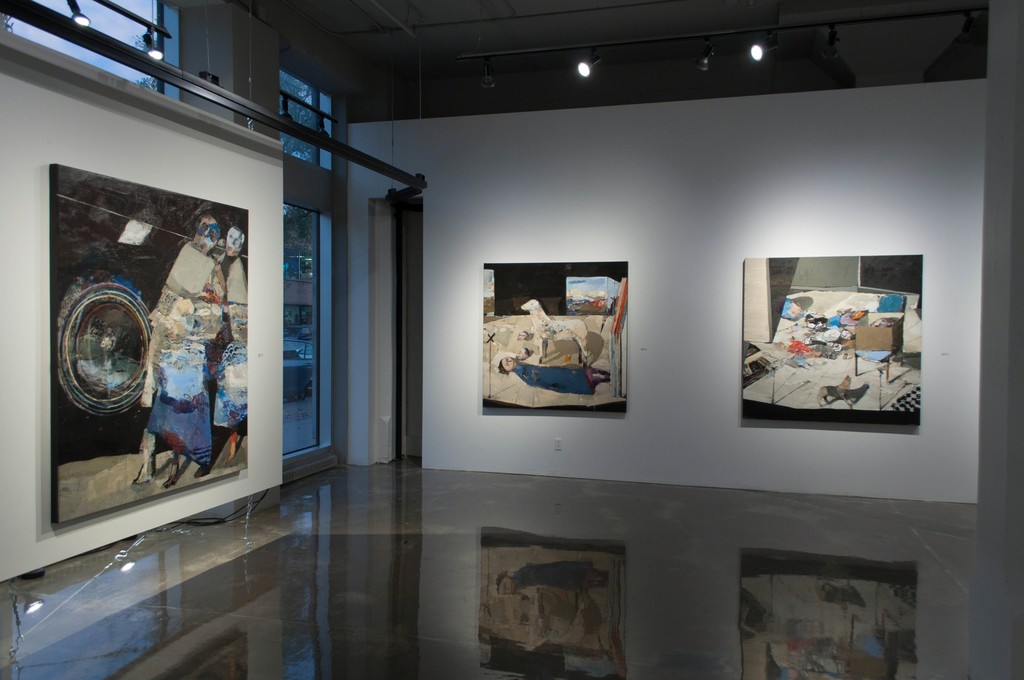 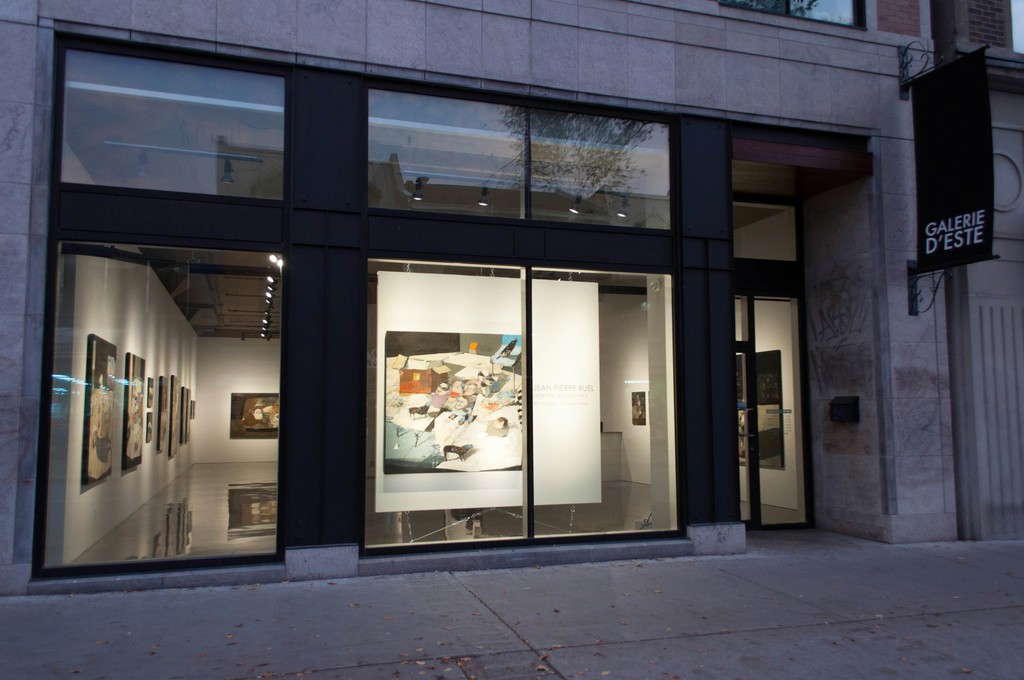 Jean-Pierre Ruel draws inspiration from the same subjects that inspired the French academic painters - myth and legend, natural imagery and scenes of an artist’s studio. Earlier work centered on the image of the hunt as a metaphor for the artist’s attempts to capture and represent something elusive, but succeeding only in brief glimpses. The present series features walking, with the marching figures and pilgrims in this series as a further meditation on the process of painting as a physical act through the metaphor of the journey.

The paintings also play on the illusion of flatness and depth, and on the creation of illusory space. Figures walk through streets and forests dotted with portholes, windows and stage sets offering views into other settings. The artist’s robust, conspicuous brushwork breaks up silhouettes and volumes, yet some of these worked-up areas of flat paint cast shadows onto the other objects in the composition.

Jean-Pierre Ruel was born in Lyon, France in 1970 and studied at the École des Beaux-Arts de Lyon and the juried École des Beaux-Arts de Paris. His works have been part of notable exhibitions throughout Europe, including the Rome Biennale, as well as at the Palm Beach art fair and Art Toronto in North America. Galerie D’Este is proud to have represented Ruel since its opening.