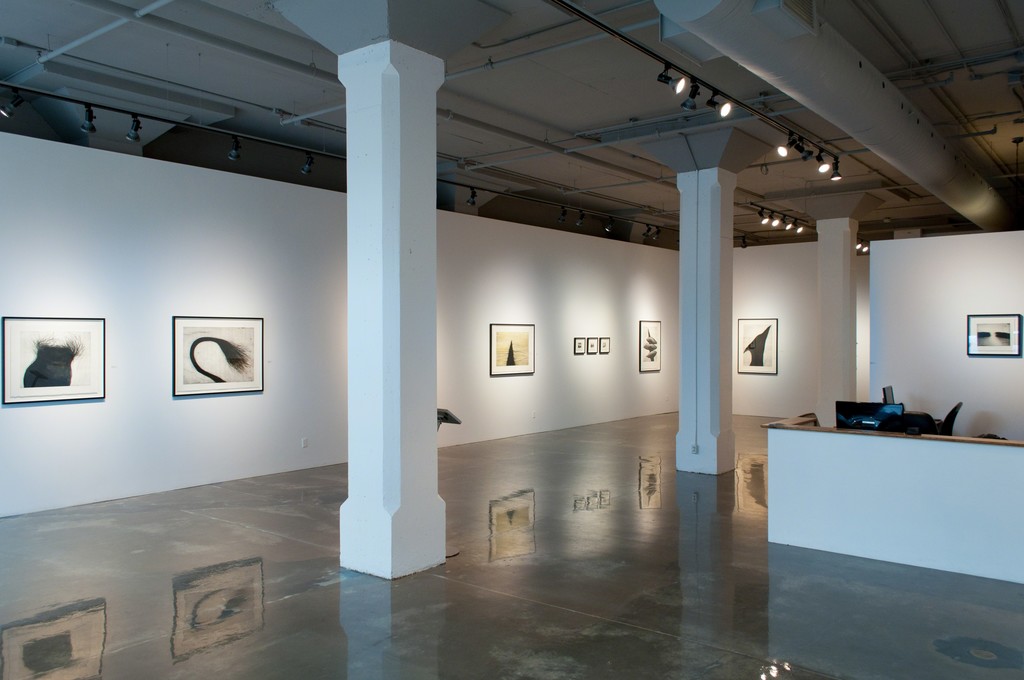 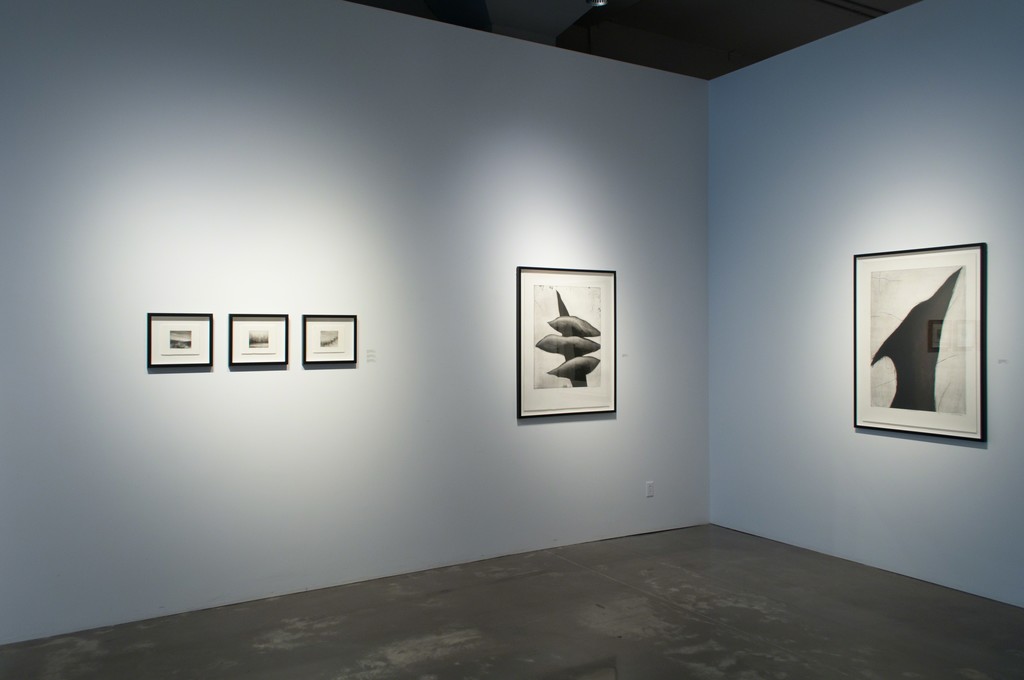 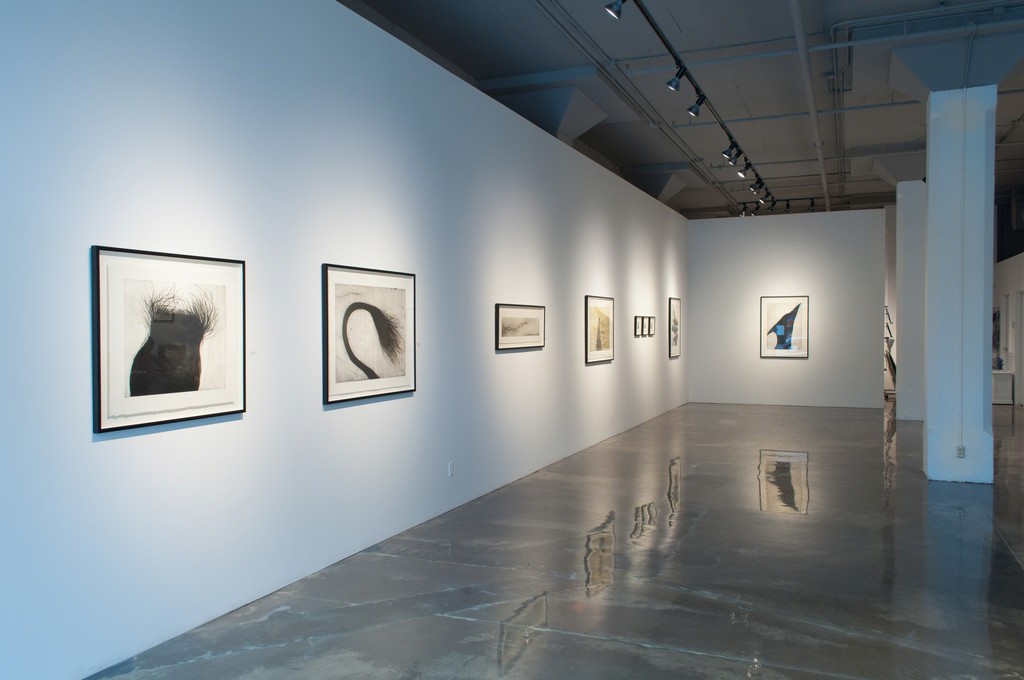 I have always thought of the creative process as being like a chain of interconnected impacts, emotions, decisions, incisions. I try to avoid narration, to shut it down as much as possible. While working on my art, I feel like I am walking between dark and light. Each step I take in moving towards a final composition involves bringing or removing light. There are elements of time, space, density, and memory.

Galerie D’Este is proud to present Chronicle, a retrospective underlining the talent of Ludmila Armata whose artistic practice of etching has garnered international acclaim.

Touched by the idea of transformation in life as in art, Armata’s minimalist approach that is so often reminiscent of drawing explores human interaction and our relationship with nature. Her compositions, while essentially monochromatic or tinged with a touch of colour, leave the viewer with the impression of movement as if he had witnessed her process, the forms which were created but continue to live in her work. Armata deals with regeneration, creating works in which the forms being organic, biological and atmospheric reflect a continual evolution.

Ludmila Armata was born in Zabrze, Poland in 1954 and lives and works in Quebec. She holds both an MFA from the Academy of Fine Arts in Kraków and a PhD in Printmaking from the Academy of Fine Arts in Katowice and has received numerous awards and grants throughout her career. These include the 2002 Prix de la Fondation Monique et Robert Parizeau and multiple grants from Conseil des arts et des lettres du Québec. In the past twenty years, Armata has participated in numerous biennales, residencies, solo and group exhibitions in Canada and internationally. Her work can be found in more than fifteen museum collections around the world as well as numerous private and corporate collections such as National Bank and Desjardins.