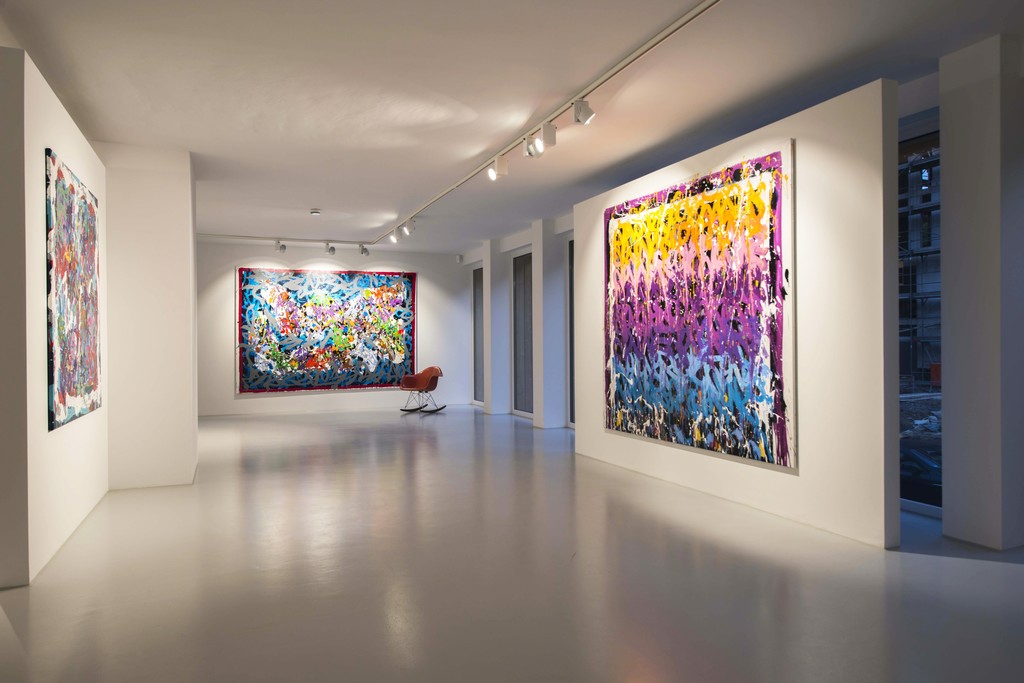 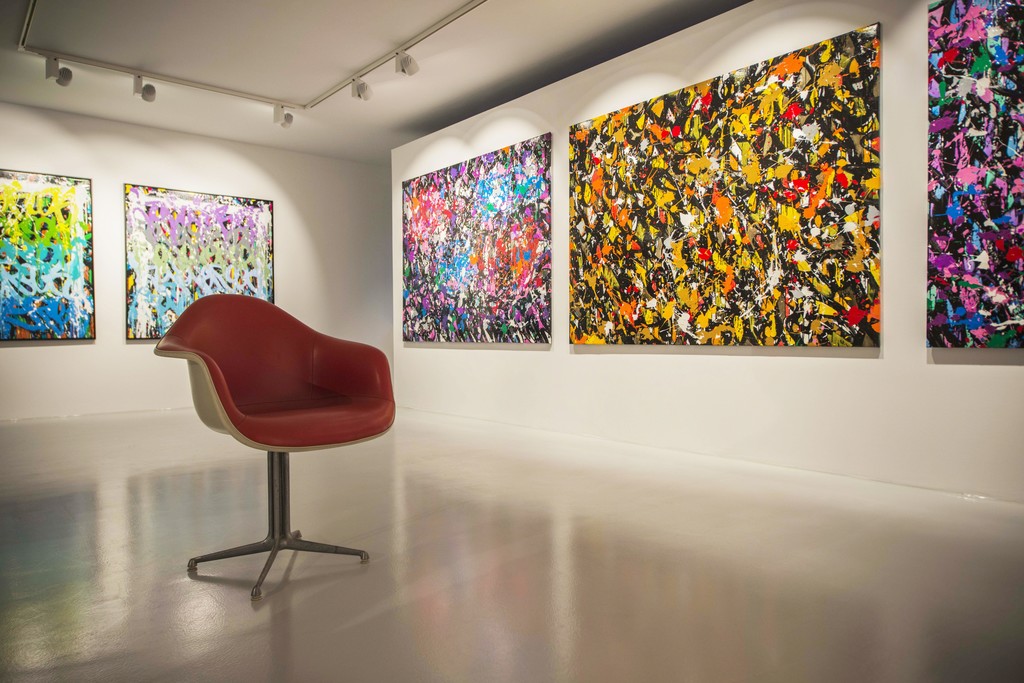 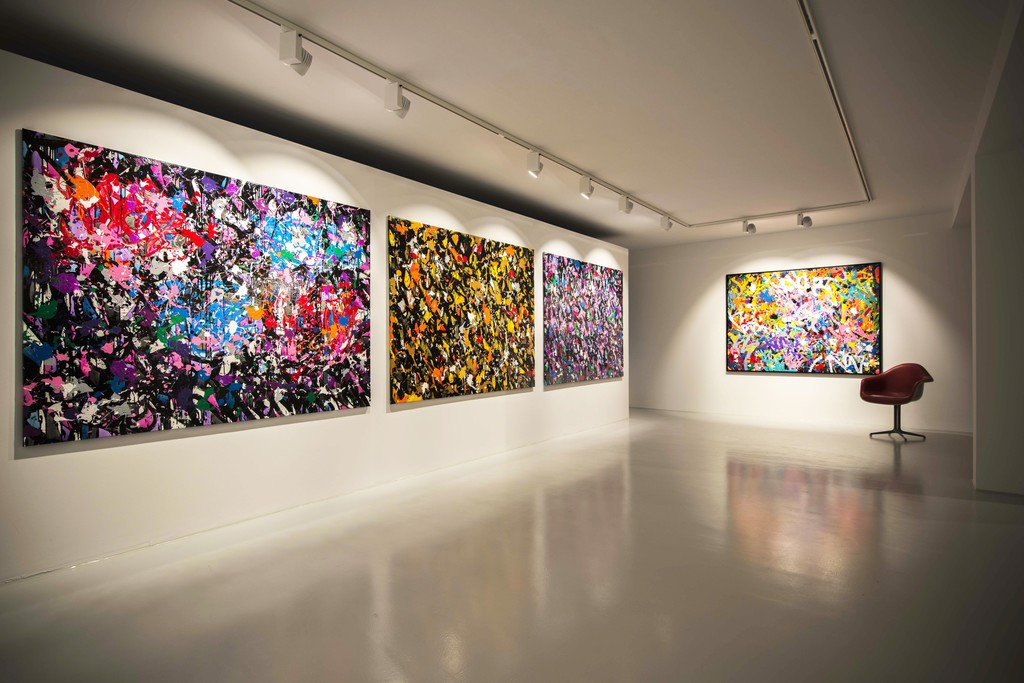 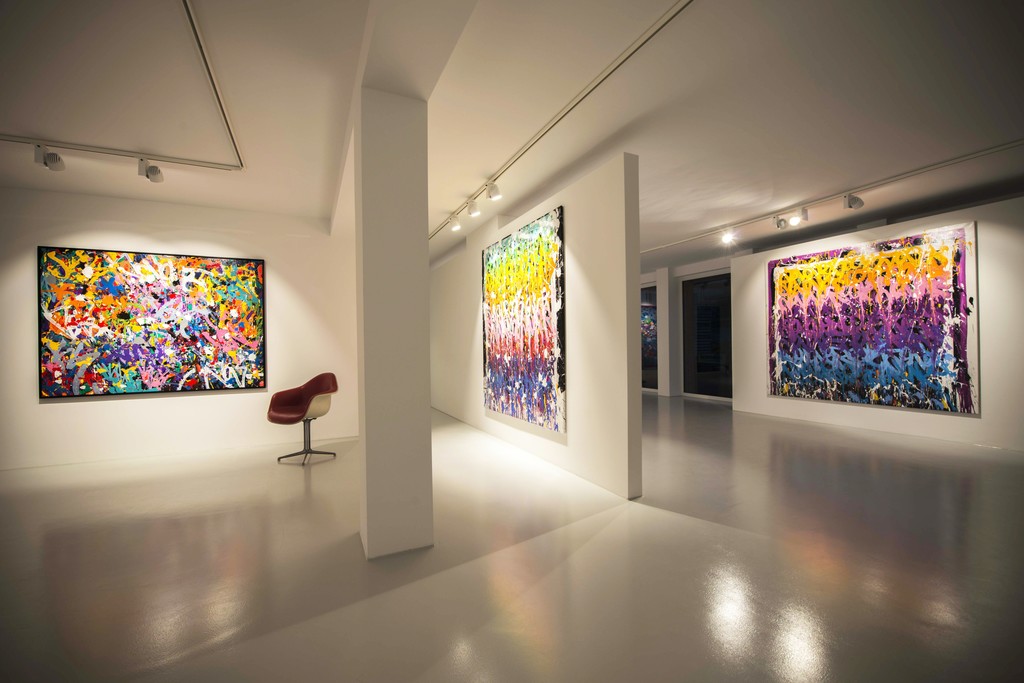 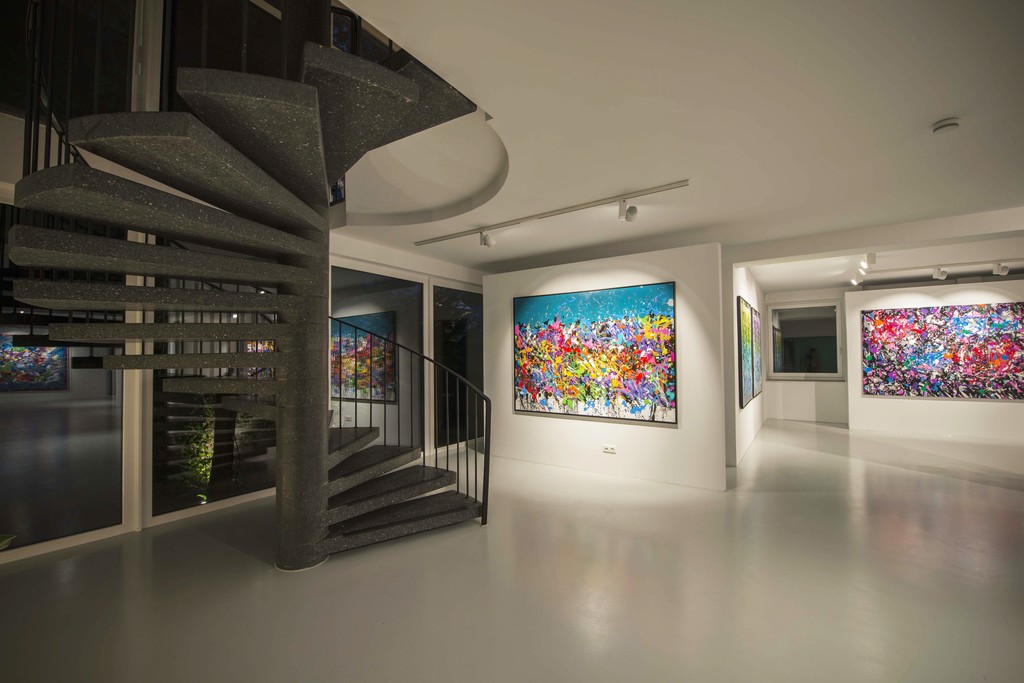 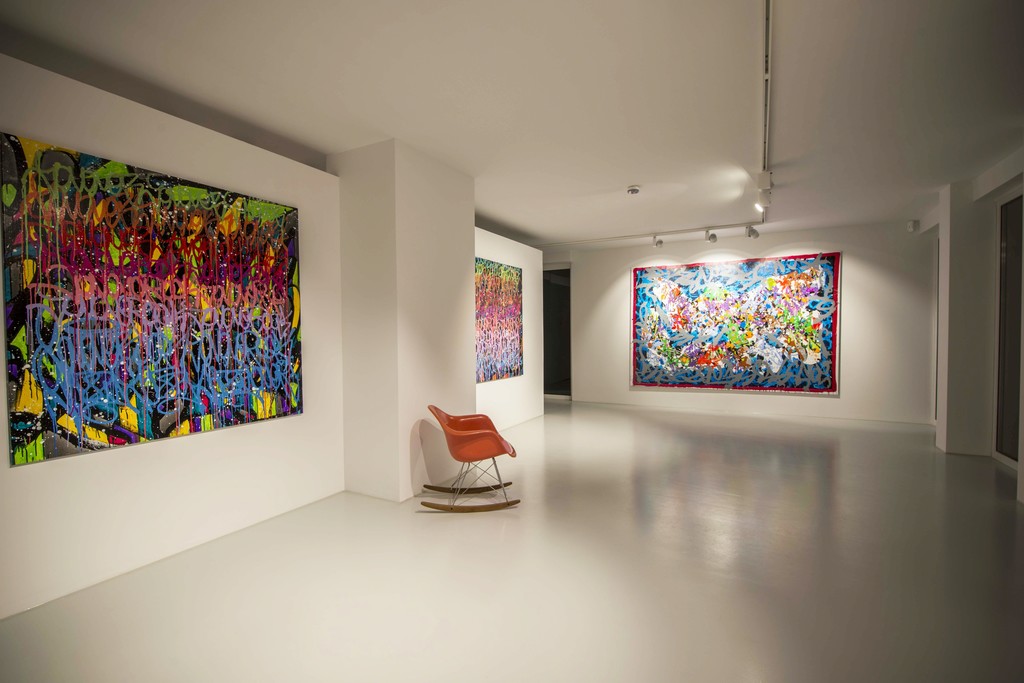 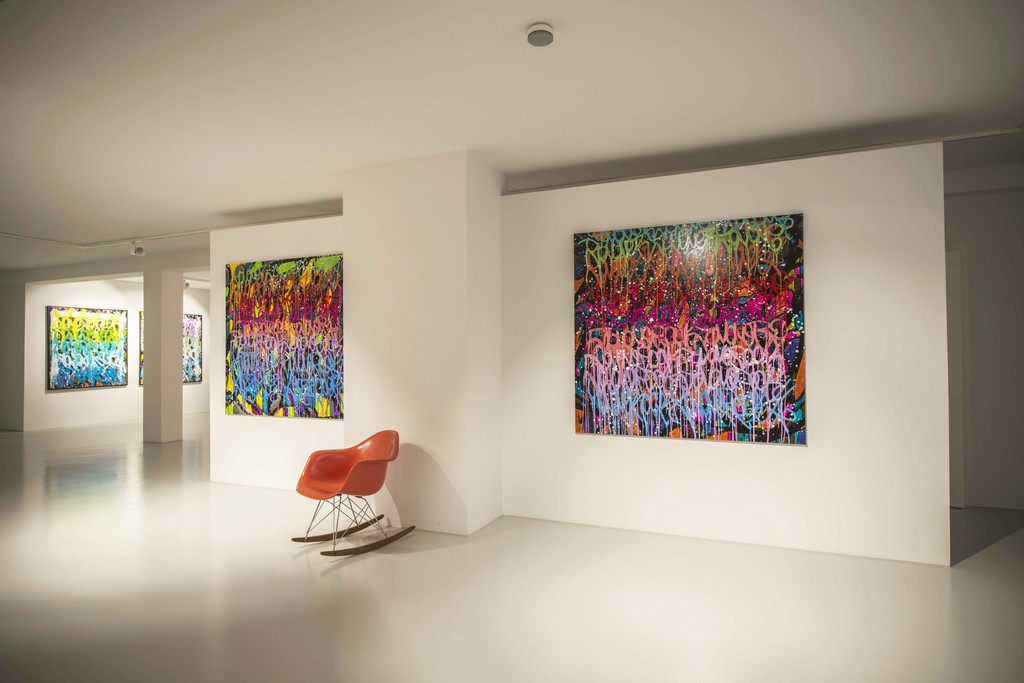 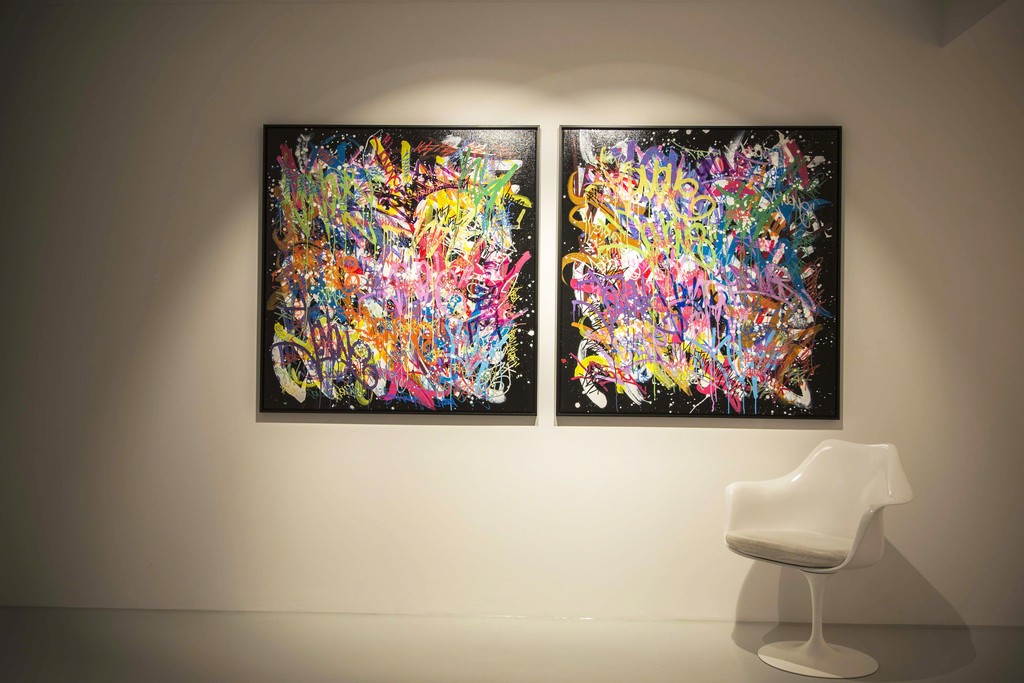 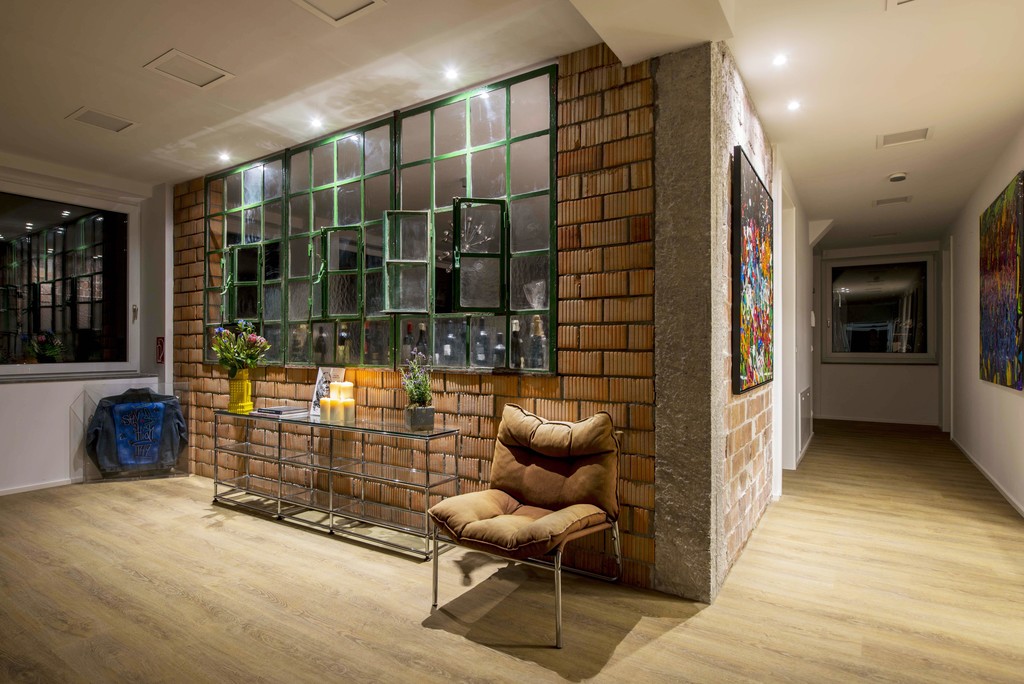 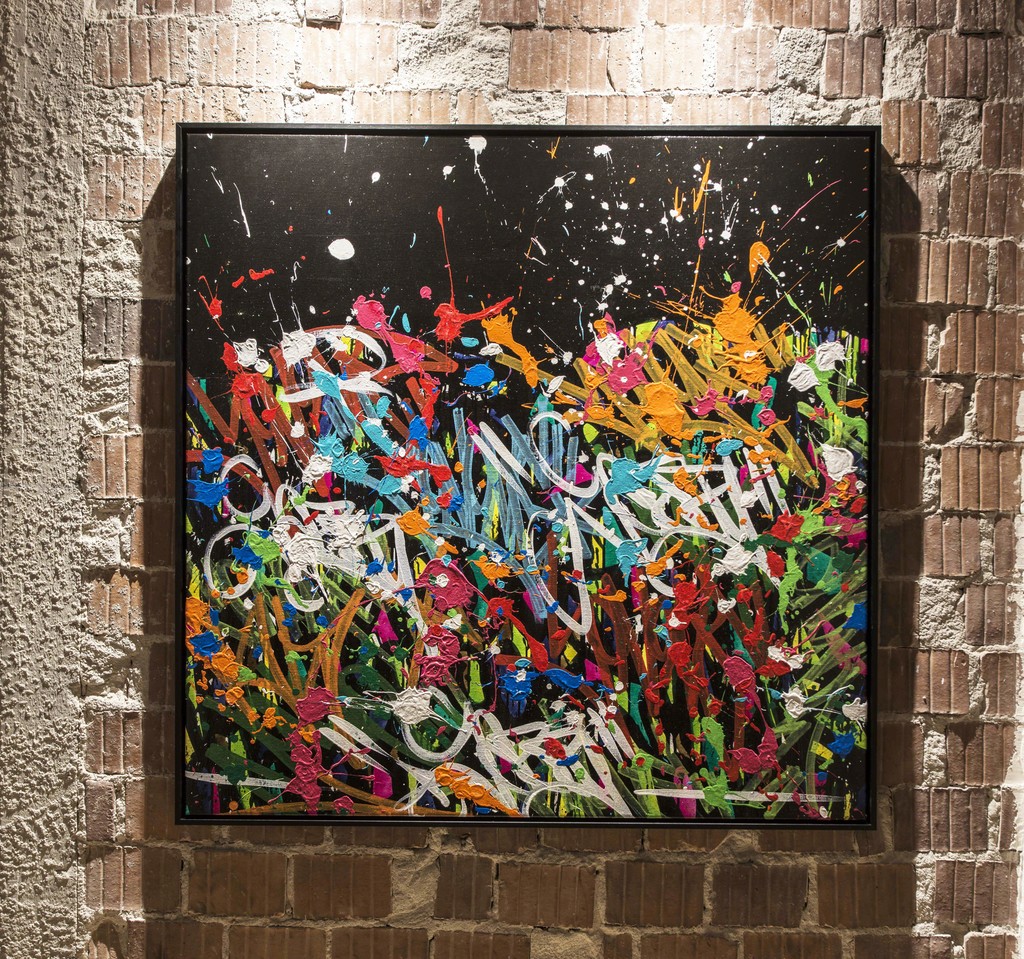 Galerie Droste is pleased to have its grand opening in Wuppertal with the renowned artist JonOne, who lives and works in Paris. Showing large-size canvases the exhibition titled ‘Transit” will be open for visitors from September 17th to November 12th. In regard of the exhibition’s title it is worth noticing that during 2016 other travel destinations of JonOne and his works are Zurich, Milan, Paris, Los Angeles und Tel Aviv. But prior to his international breakthrough JonOne needed to walk a long distance.

Grown up in precarious circumstances in Spanish Harlem, New York, the graffiti movement developing in those days offered him space for self-fulfillment: “I come from a social class made up of invisible people.” And so color became the means of expression for his personality and to visualize his existence. With the aim to become the king of the New York graffiti movement he left his marks on the streets and underground train tunnels and escaped the invisibility due to the omnipresence of his name. Knowing that this works best in an intensive and dramatic way JonOne developed an outstandingly expressive character in his graffiti.
In the beginning of the 1980’s he relocated the projection surface of his identity on canvas. Already in 1985 JonOne took part in his first group show in New York; his first solo exhibition followed five years later in the Berlin based gallery Gleditsch 45. As time went on his circular and jaggy lines developed into flatly biomorphic fabrics. Then his synonym JonOne gained centre stage in his works. It has since not only been used as tag or signature but became the all-encompassing image content. With color-soaked brushes and markers, he now plots in endless repetition, this identity-establishing letter sequence whereat drips, known from the use of spray cans, are running unstoppably breasting the borders of the image space.

Exalting the archetype of graffiti, the tag, to be the main motive in JonOne’s organically abstract compositions the relief-like, colorful paintings are due to their mechanic process of creation not to be misunderstood as self-digesting abstraction or pure gesture. This thought may occur looking at the formal analogy to the abstract expressionism, which resembles JonOne’s works regarding the stylistic element of dripping and the all-over structure. Whilst a Jackson Pollock in the trance-like automatism of action painting lost his ego consciousness JonOne emphasizes this very awareness by continual repetition of his name and even becomes conscious of his self-control. Consequently his works never derail into complete abstraction but hold on to the constant letter sequel of his iterated name flooding the image space in harmonic equilibrium.

John Andrew Perello was born in 1963 in Harlem, New York City. He was one of the founding members of the famous graffiti crew 156 All Starz back in 1984. In 1987 John A. Perello moved to Paris, where he has lived and worked as an artist ever since.