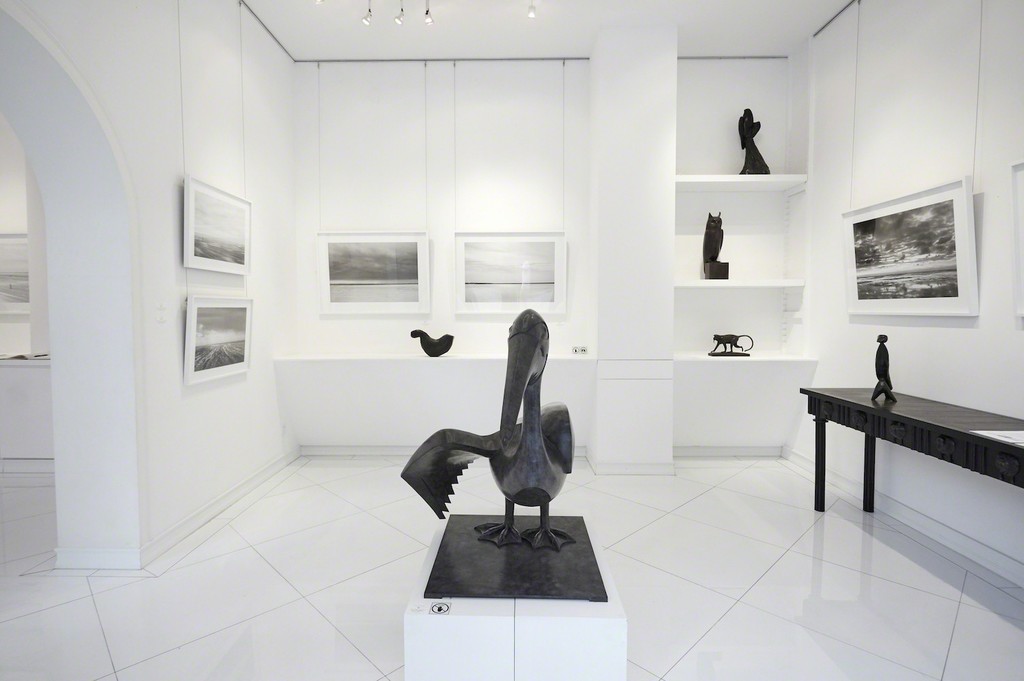 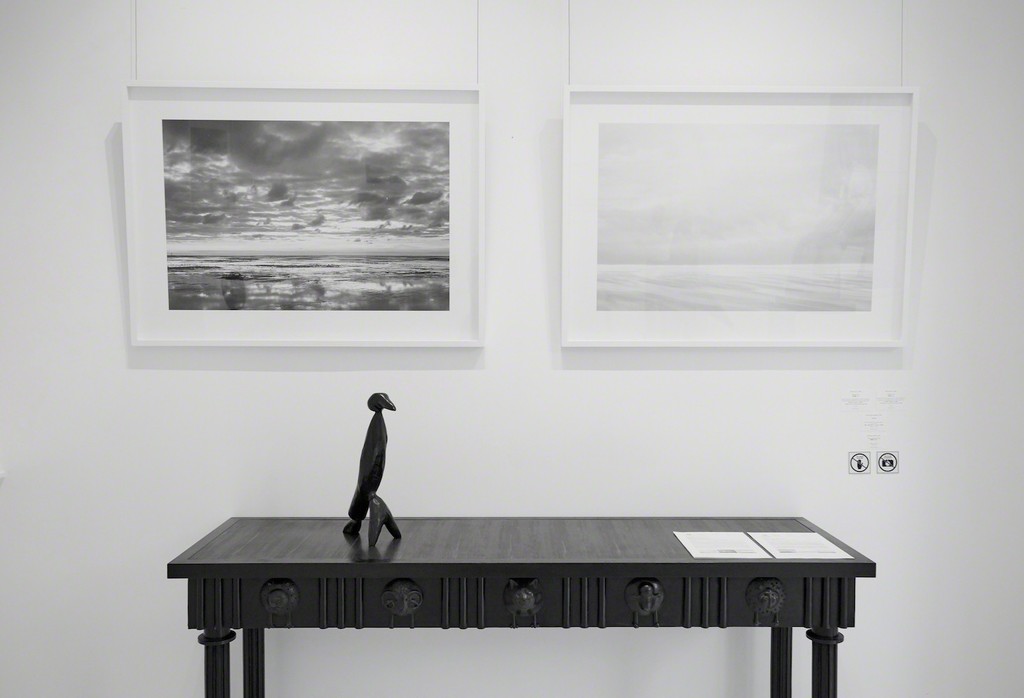 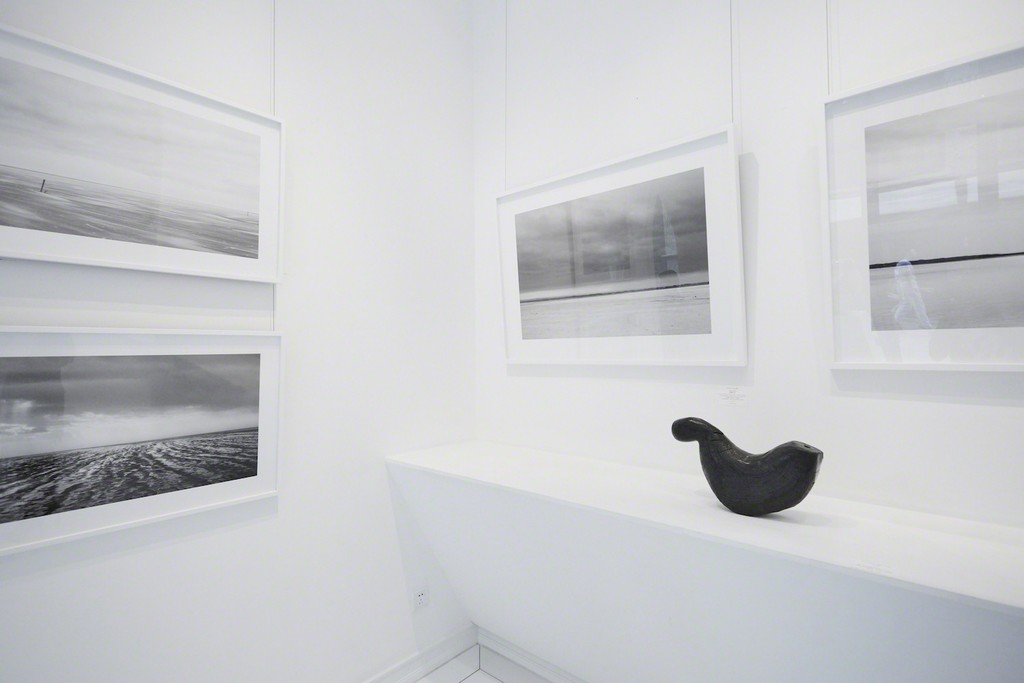 Galerie DUMONTEIL is proud to present for the first time in China the latest photography series Horizons by French photographer Eric Pillot. On view from September 6 through October 10, 2015, the exhibition features spectacular black-and-white photos that capture the dynamism within silence of the desolated landscapes and seascapes in France.
After having photographed the animals in the enclosed space of zoos in Europe and the United States, Pillot began his quest to capture air, wind, water, earth, sand that flow in the nature - the estuaries that are too dangerous for humans and protected by men, undisturbed by walkers, riders, hunters, or shellfish gatherers. He faithfully followed the tides and revisited these landscapes under different climate conditions, and produced the images that are the results of the walks of contemplation, during which the artist was completely immersed in the surroundings, trying to grasp every pulse and every breath. The images freeze time, leaving the viewers to ponder, to limitless imaginations beyond human expressions, languages or bodies. In the moist subtlety of the air, one escapes from the erosion of time, and life is born in its purest form from black and white. Behind these white lights, lines and skies resides an infinity beyond us, that of the horizons without boundary. It is an unmeasured vastness of microcosm of pebbles, herbs, rare plants, where nature reigns in silent majesty.
Eric Pillot, born in 1968 in France, is a self-taught artist, who often draws inspirations from his feelings and emotions. His works achieve the juxtaposition of richness and sense of order, of serenity and vividness, and he finds poesy between his emotions and reasons through the careful construction of light and shadow. In 2012, Pillot was chosen from a long-list 500 entrants to receive the renowned Prix HSBC pour la Photographie. In 2014, he was awarded the prestigious prize by the Academy of Fine Arts in Paris “le Prix de Photographie Marc Ladreit de Lacharrière.” His works have appeared in numerous important journals and magazines, and have been exhibited in a variety of shows in France, UK, Belgium, and China, including Night of Contemporary Photography in Paris, the Biennale of Contemporary Art in Lyon, Art London at Royal Hospital Chelsea, Photo Shanghai, and Fine Art Asia in Hong Kong.
As the artist once said, he was there to “photograph the elapsing time. The sea is there, close and flowing; it is not necessarily visible, but we always sense its presence.”