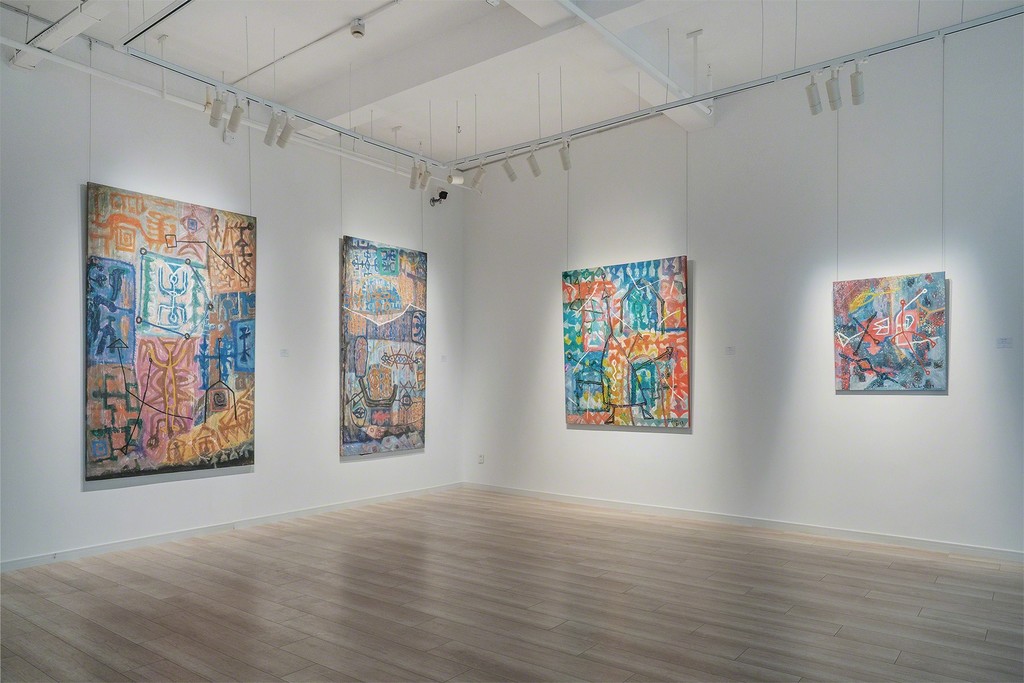 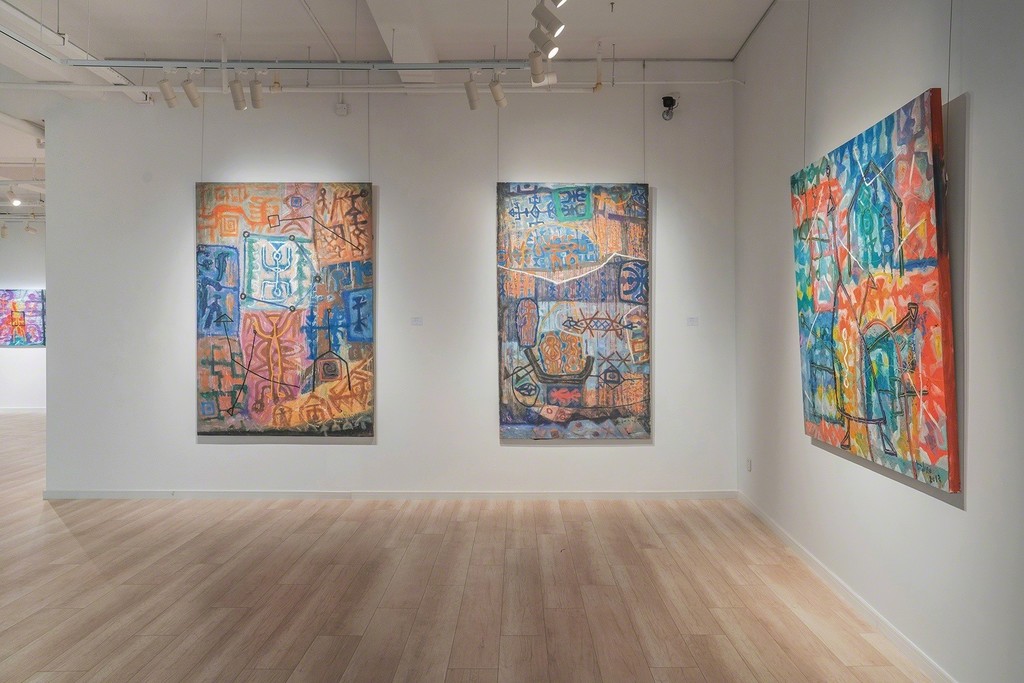 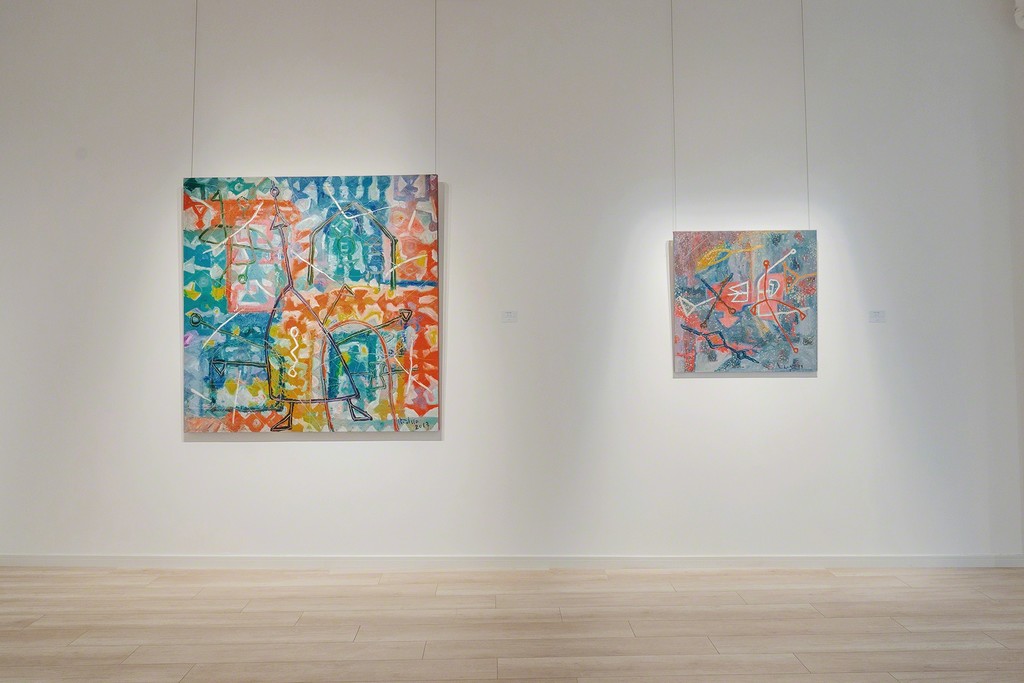 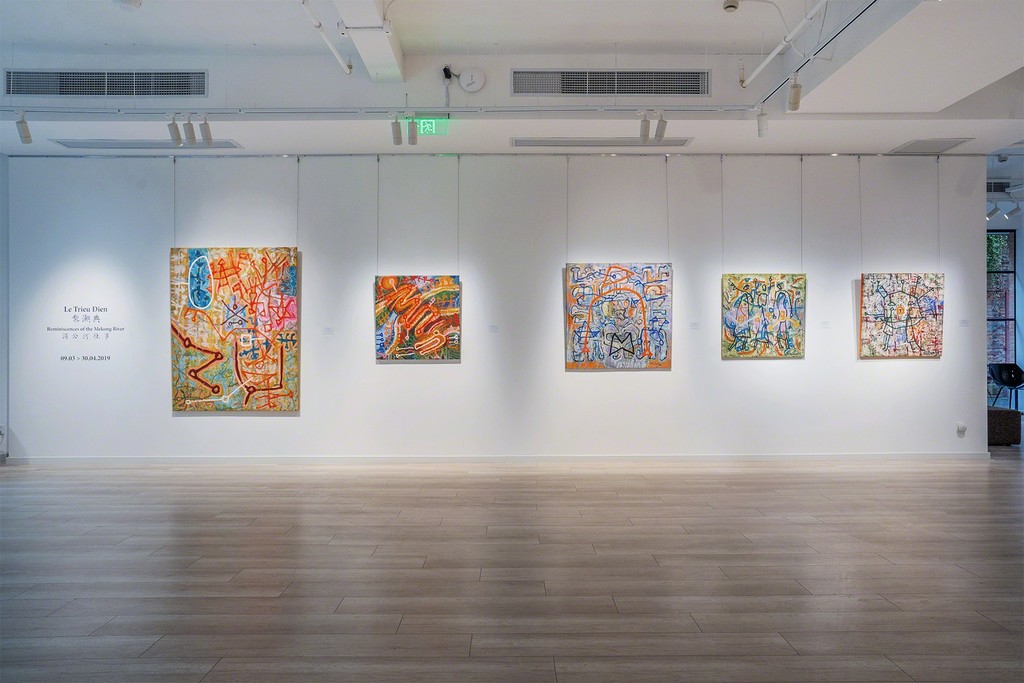 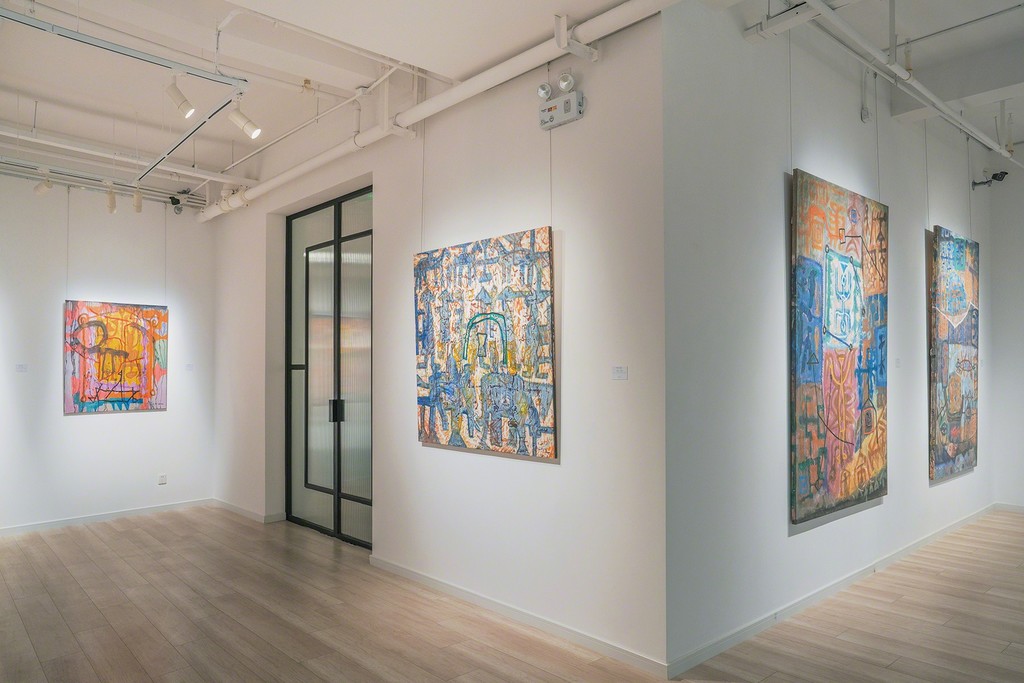 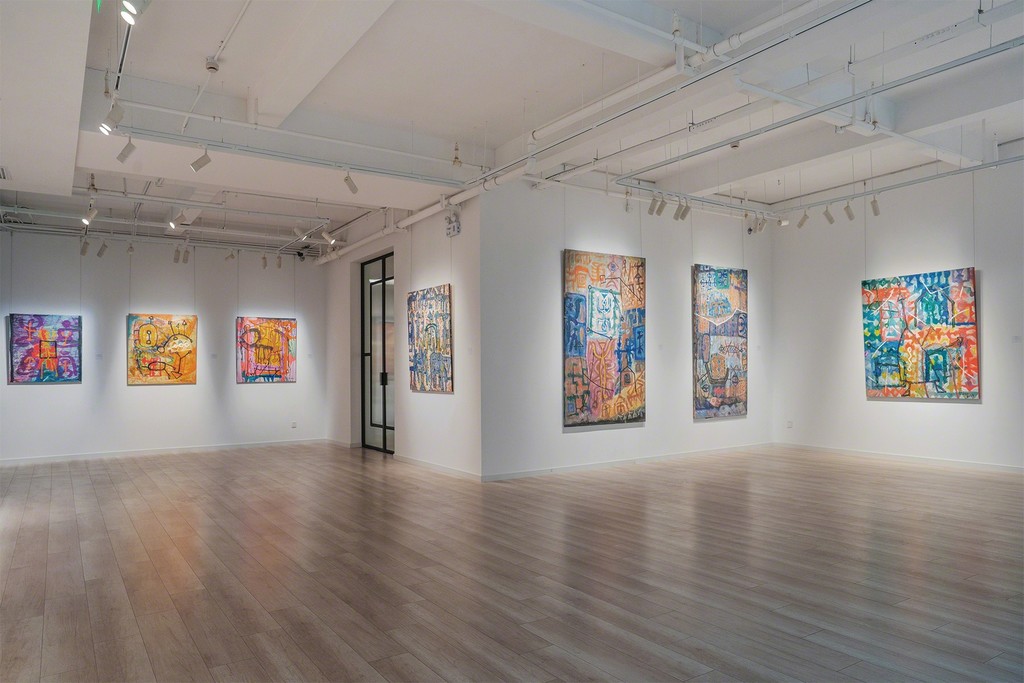 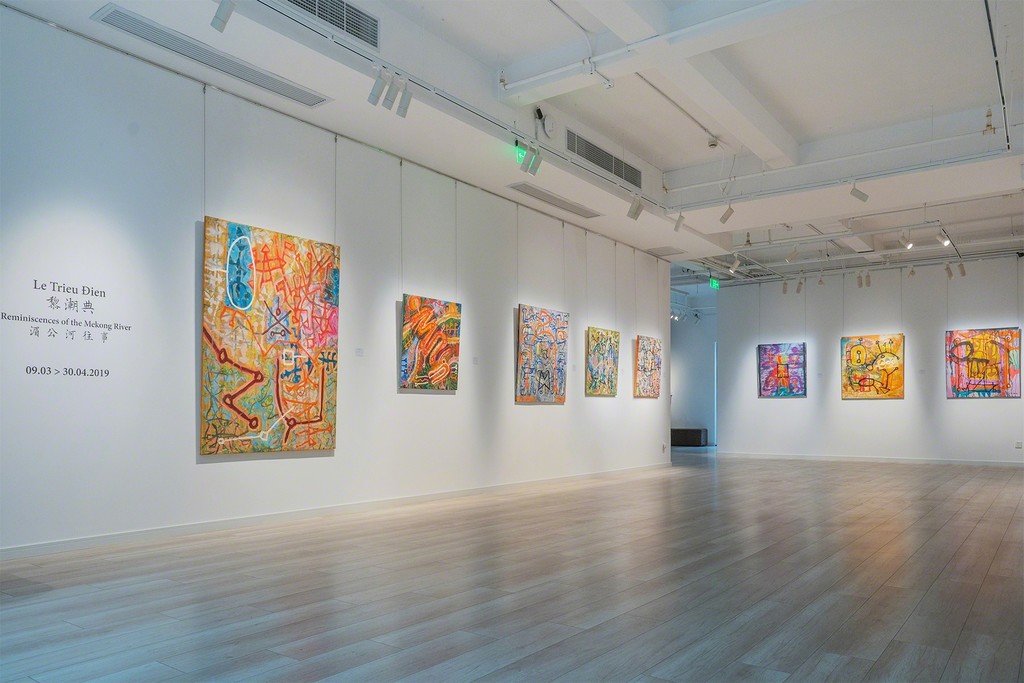 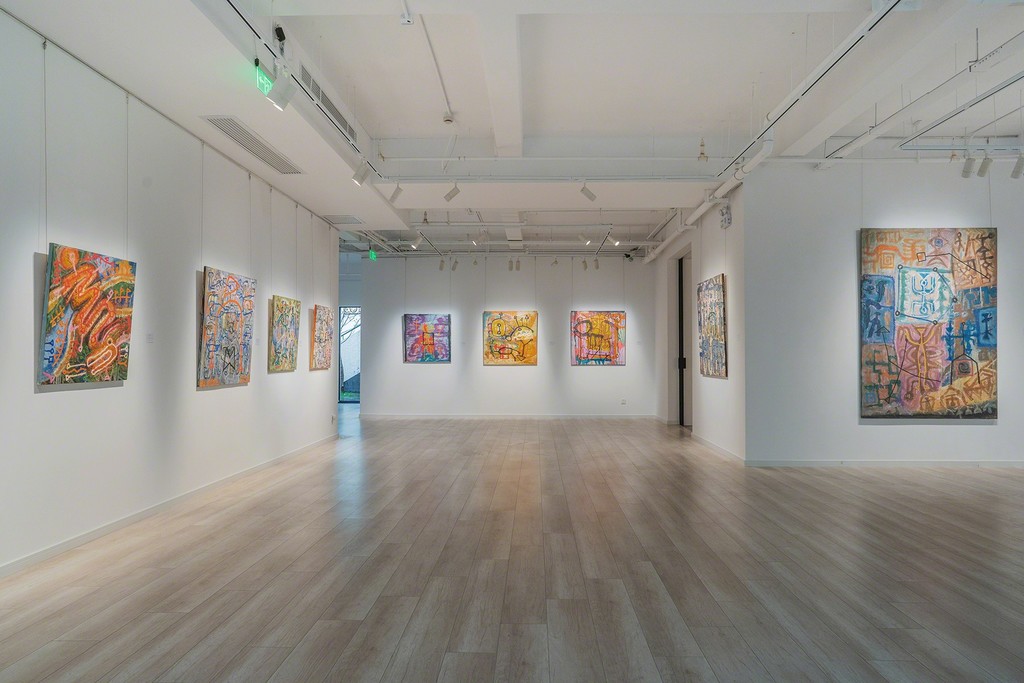 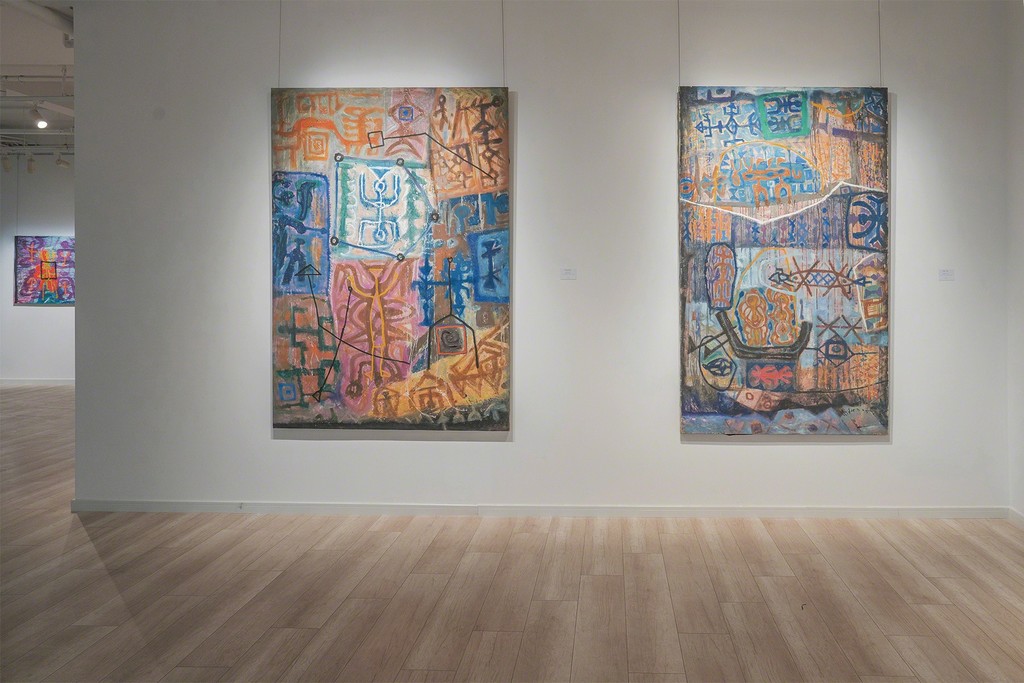 Galerie Dumonteil is pleased to present “Reminiscences of the Mekong River”, the solo exhibition of Vietnamese artist Le Trieu Dien (Lê Triều Điển, b.1943), featuring a selection of 12 works from his practice during the last two decades. Ever since his first solo show in 1968, the artist has never ceased to share his stories on canvas, recalling the ups and downs in his life as well as the Mekong Delta through his unique narratives that adhere to his feelings and emotions.

Ben Tre Province, Le Trieu Dien’s hometown, is one of the 12 provinces that comprise the region in southwestern Vietnam where the Mekong River approaches and empties into the sea through a network of distributaries. Although the colonial period and decades of war have left the artist with unhealed wounds, more often than not, the artist chooses to recall his most precious memory on canvas—the beautiful lively scenery of the Mekong River, and a cornucopia of local culture and customs: crisscrossed rivers, boundless rice fields, fragrant orchards, hardworking villagers, local temples, markets and folk songs…

Le’s work, however, looks more like a labyrinth made of geometry symbols and unrecognizable signs, as the artist has translated everything into his own language. On one hand, each painting is an assemblage of multiple images overlaid in the way that memory does — a specific person, object or detail emerges first from the blurry background of other scenes. On the other hand, Le’s narrative is characterized by forms of arrows, triangles, circles, spirals, etc., some of which are representations of real objects; triangle, for examples, can be a nón lá (Vietnamese Conical Hat) or the roof of a traditional house. The unrecognizable signs are ancient symbols from various cultures including the Viet, the Khmer and other minority groups that also share this piece of land for centuries. Though the meaning of most symbols has long been lost, they have penetrated well in the daily life of the southern area, visible from the writing on mountain cliffs to the motifs on religious architectures or tourist souvenirs. Behind all these, the true intention of Le Trieu Dien is to search his own honest expression that passes beyond mere representation and reaches an abstraction of direct emotions.

To Le, memories inspire his creativity and nourish his inner world, and through painting, he can invite the past to rejoin him and become part of his present, not only as reminiscences but also a reconciliation that enables him to embrace love, suffering, and glory from the past. Through the deceivingly childlike stick figures and bright colors, Le embeds a rich context of culture and history into the picture, while achieving a balance of color and layering, and rendering it the dimension of time. Same as the use of symbols, Le’s colors and lines are never meant to be beautiful, but to faithfully recall the movement of his consciousness. For instance, the rich color combinations of the alluvial plain always find their way to appear in Le’s work as they have made such an imprint on his heart despite the vicissitudes of fortune.

“Reminiscences of the Mekong River” is not only a personal narrative of the past but also a strand of emotions that resonate our own experiences and memories. Interwoven by vibrant colors and dynamic rhythms, Le’s paintings are enchanting memoirs that meant to be introduced to any audience group that enjoys a good story.

Le Trieu Dien (b.1943, Ben Tre Province, Vietnam) studied at the Phu Tho Polytechnic College in Ho Chi Minh City. He still works in the city and his work has been featured frequently in exhibitions at the Ho Chi Minh Fine Art Museum, also international museums and galleries in China, Malaysia, Singapore, Japan, France, and the US.