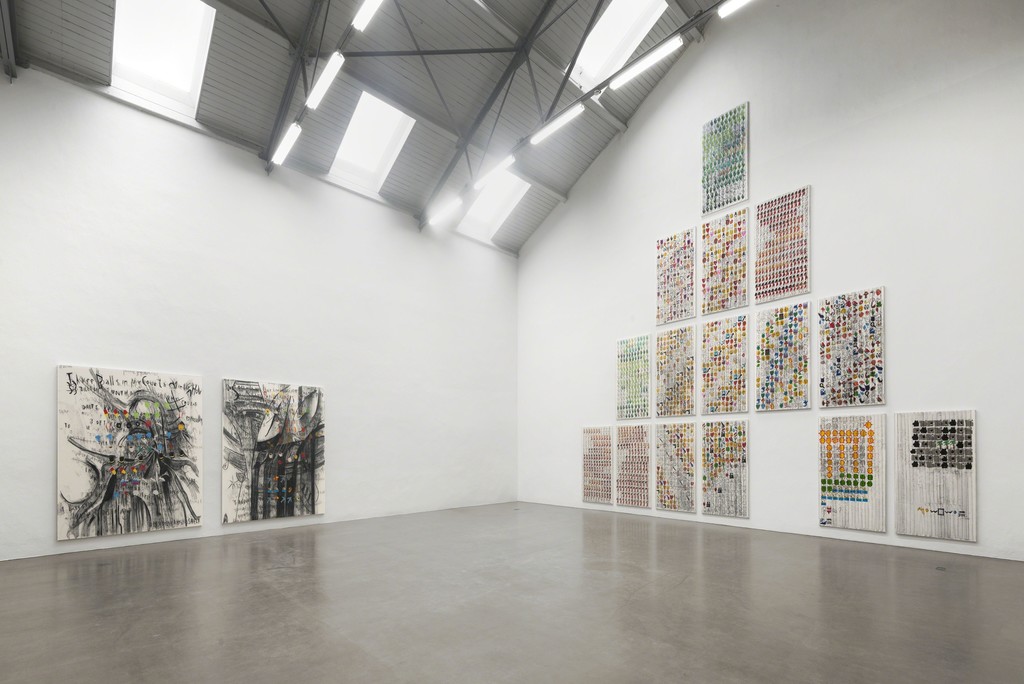 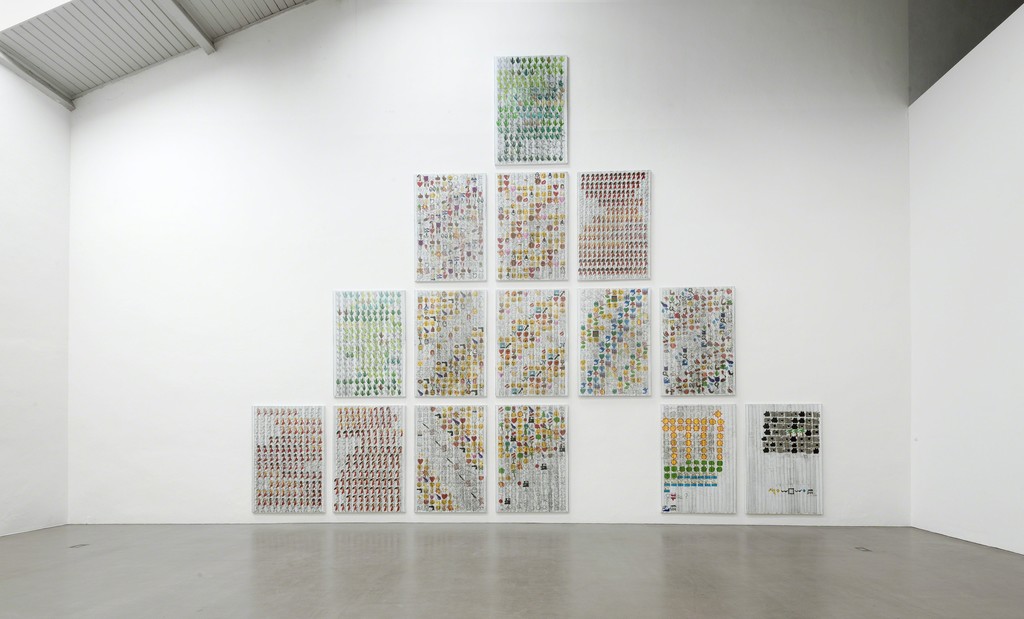 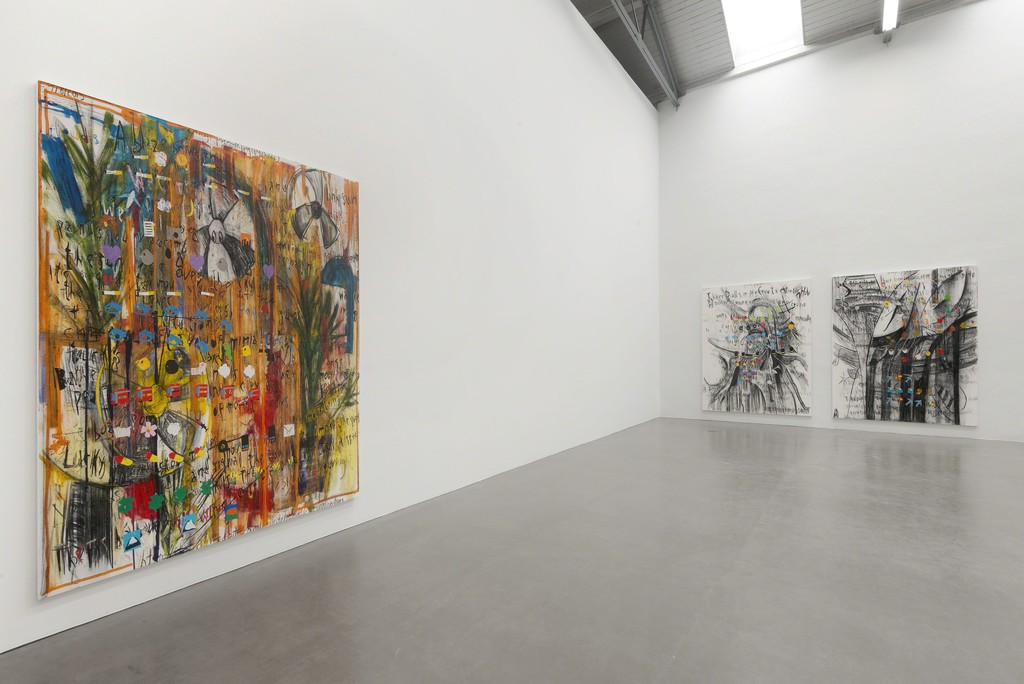 The first solo exhibition of Despina Stokou in the spaces of the Galerie EIGEN + ART bears the title Ghosting. The works on display tie in with earlier works by the artist in which she combines text, painting, and collage. Her works are often presented as installations, which heightens the object-like character and the forcefulness of the canvases. While in terms of content the artist has been dealing for some time with the phenomenon of the World Wide Web and the processing of information that is stored and circulated in it, her new works are primarily concerned with the universal semiotic language of emoji, with pictographic symbols that are above all used in digital communication. In the Feminism (light) series, for example, female dancers in red are applied to the canvas in recurring symbolism, and in the series Machismo (light), rows of cacti dominate the canvas. The four works in the Emoji Poem series deal with poems from the Internet, while the works from the series Recently Used are to be understood as portraits of individual people.
What all of her works have in common is that they examine forms of digital communication and the handling of text in the Internet; she translates these into an “analogue” language and applies them to canvas. In doing so, the artists once again puts her finger on and feels out the phenomena of dealing with language and digital media in this day and age