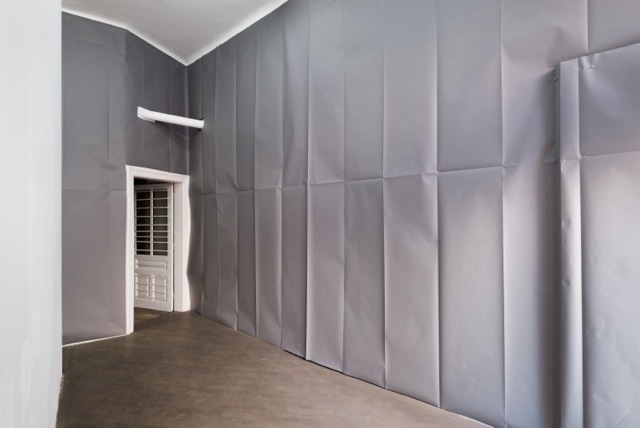 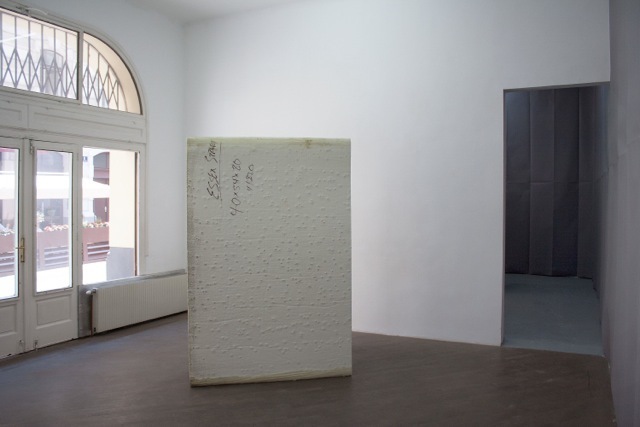 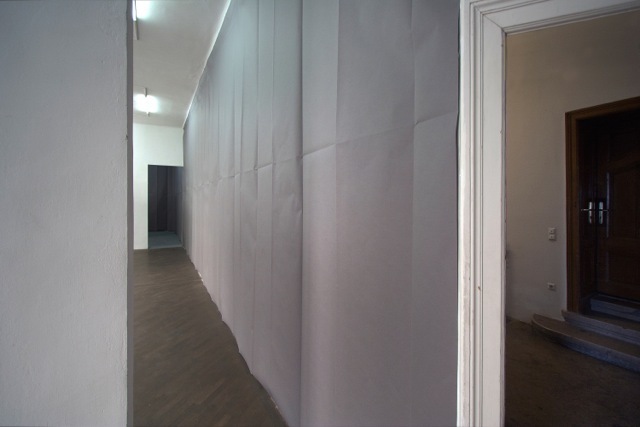 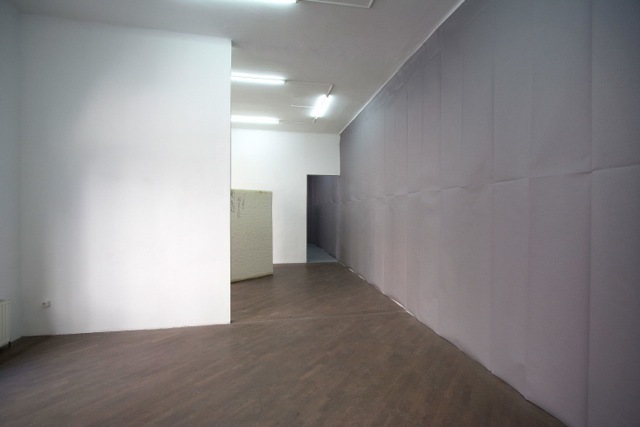 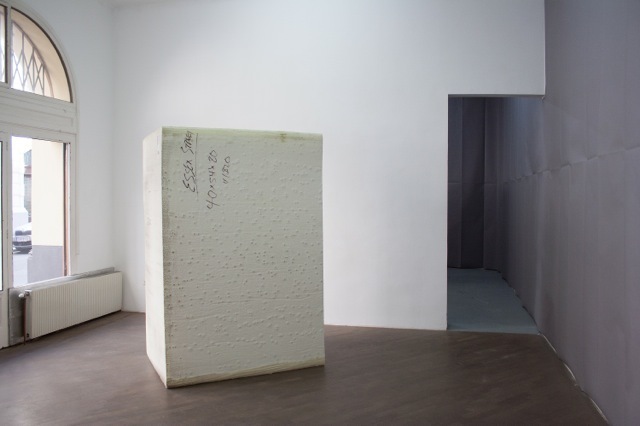 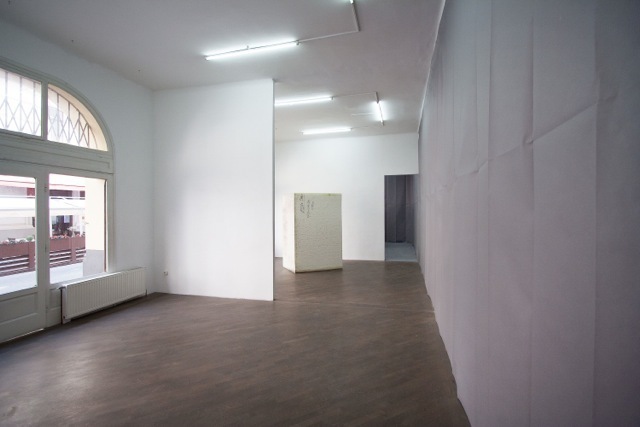 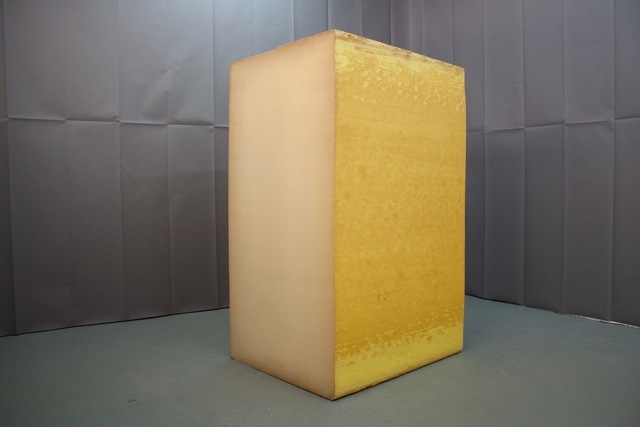 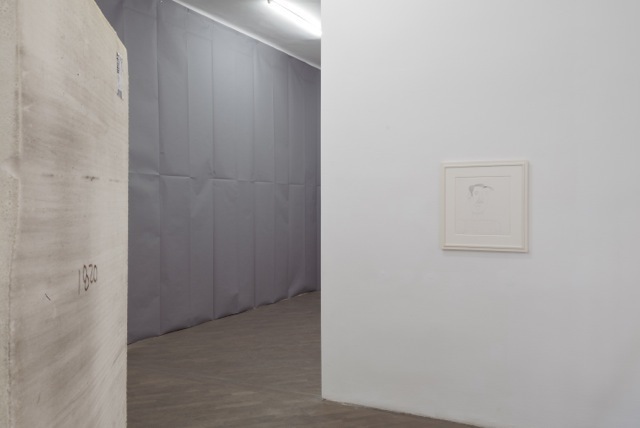 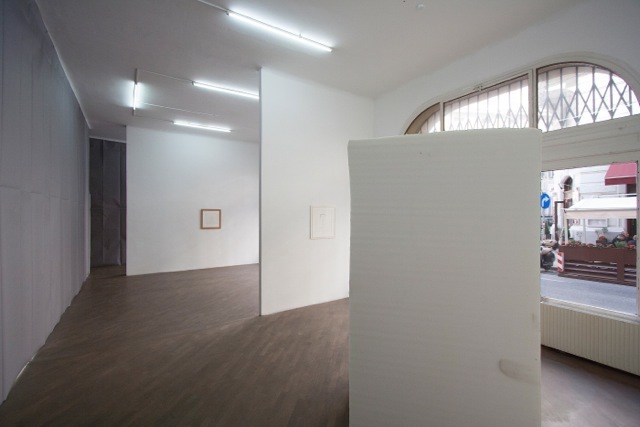 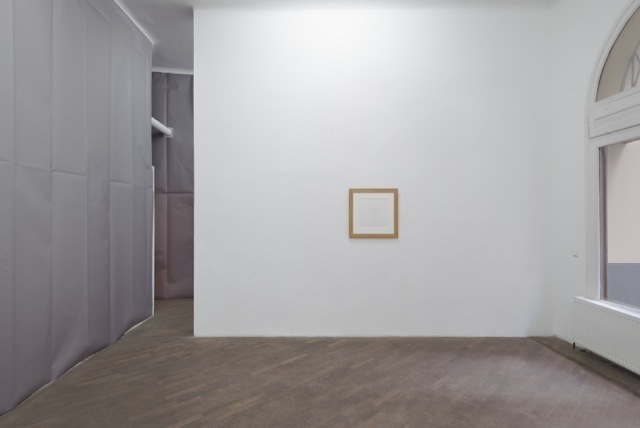 ... each part of the realist tradition in the visual arts, in an immersive installation with each artist’s work representing a lucid and independent understanding of that tradition.The exhibition takes the form of a single installation with Gaylen Gerber’s Backdrop, a folded background paper that occupies the rear walls of the gallery and literally and figuratively acts as the support for the other artworks and activities presented. Gerber’s work underscores the network of exchanges between artworks and their reception that is as important to their understanding as their discrete expressions.
The complex synthesis of exchanges continues with the drawings of Jim Nutt, an artist whose psychologically inclined work builds on an understanding introduced during the Renaissance of a work of art as also an individual representation of reality. Nutt’s work draws inspiration from sources ranging from underground comix, vernacular advertising and games to Northern Renaissance portraiture and outsider art. The drawings read as sexual, comedic, and violent but are held in reserve with phenomenal control.
Nutt’s work helps establish the figure as common ground that suffuses the show as a whole bringing the Backdrop, folded to the general proportions of a torso, to the foreground again and as a result, everything in the exhibition is acknowledged as both ground and expression. This overt conflation of roles directly confronts the permeability between these distinctions and it is the shifting relationships between the many characterizations that is central to the exhibition and introduces the work of Park McArthur.
McArthur’s Polyurethane Foam, a readymade material consisting of a block of polyurethane foam, emphasizes process and the properties of its material, evoking its vulnerability paradoxically in relation to its normalized form. As it discolors and loses elasticity, it becomes apparent that the effects of time and gravity reshape the work. McArthur’s practice embraces these changes as part of the pleasure of living rather than adversity, reemphasizing its presence and perceptual and embodied engagement. McArthur’s work, and the exhibition as a whole, moves toward a more open form with directness and humor.