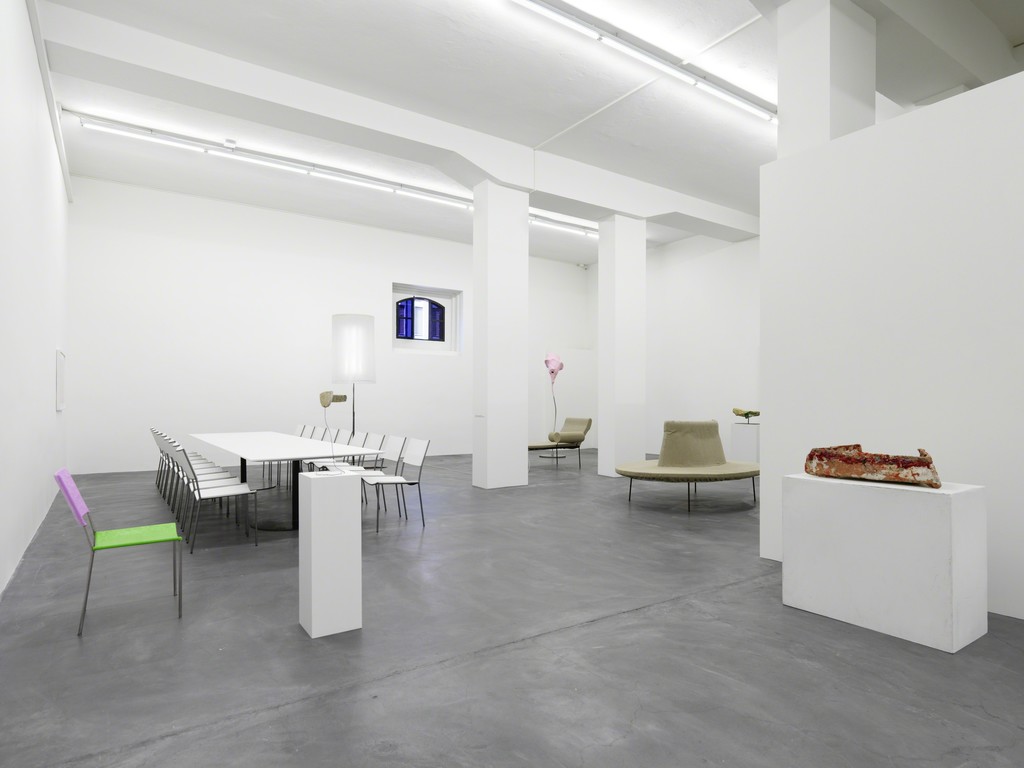 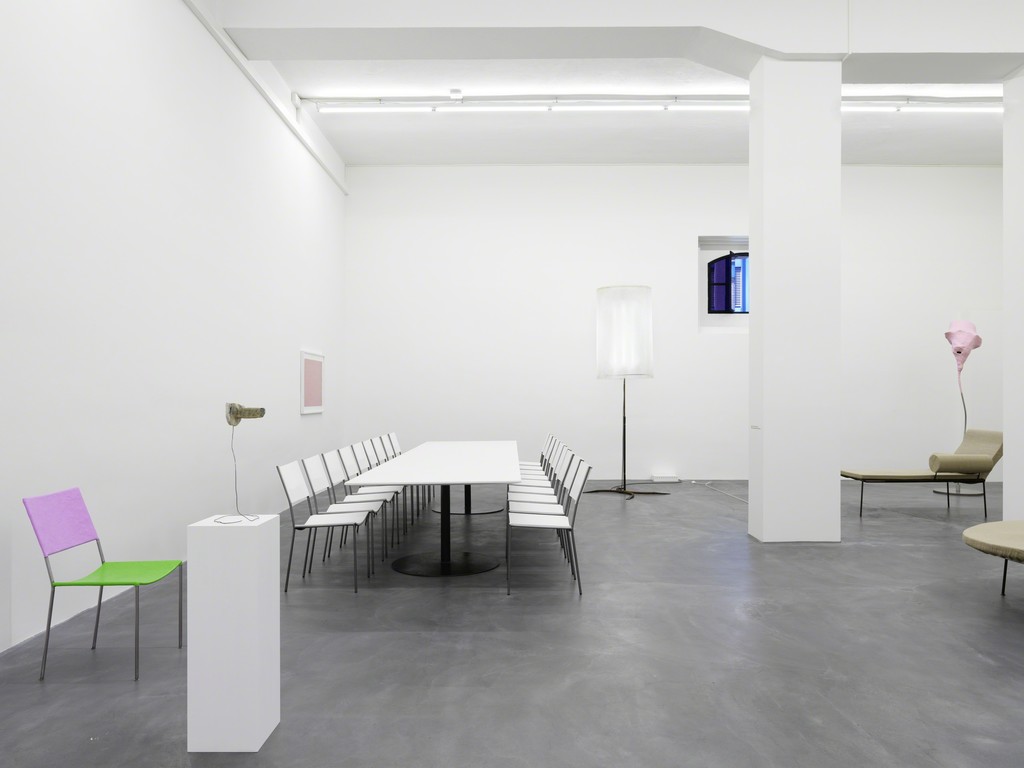 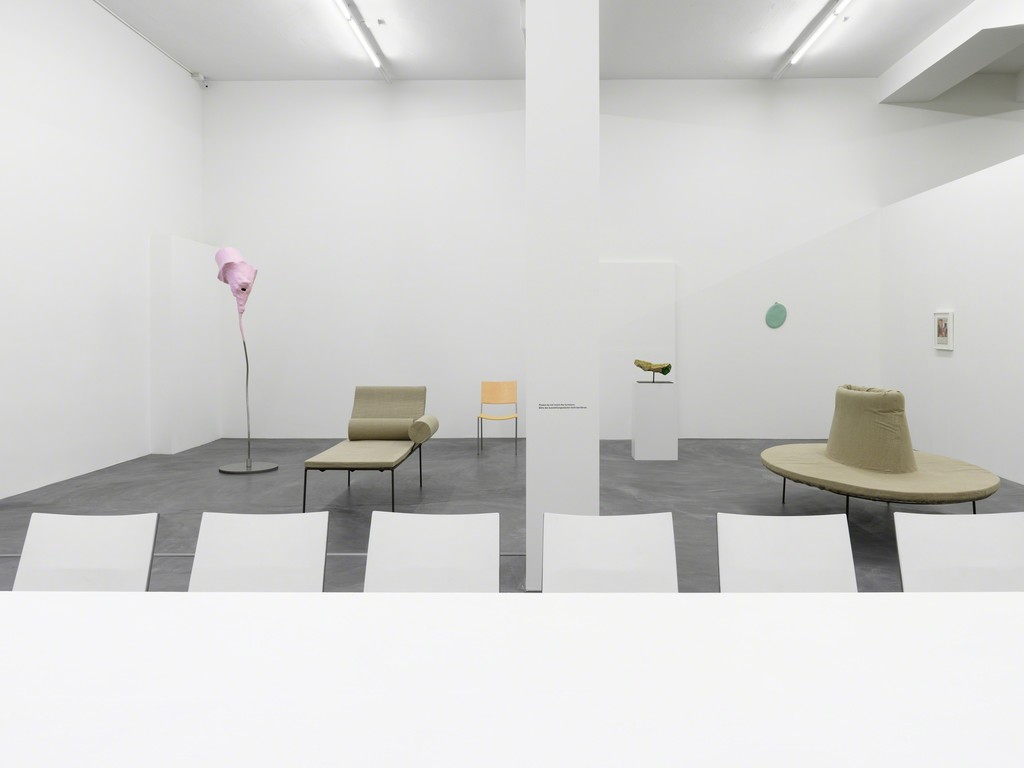 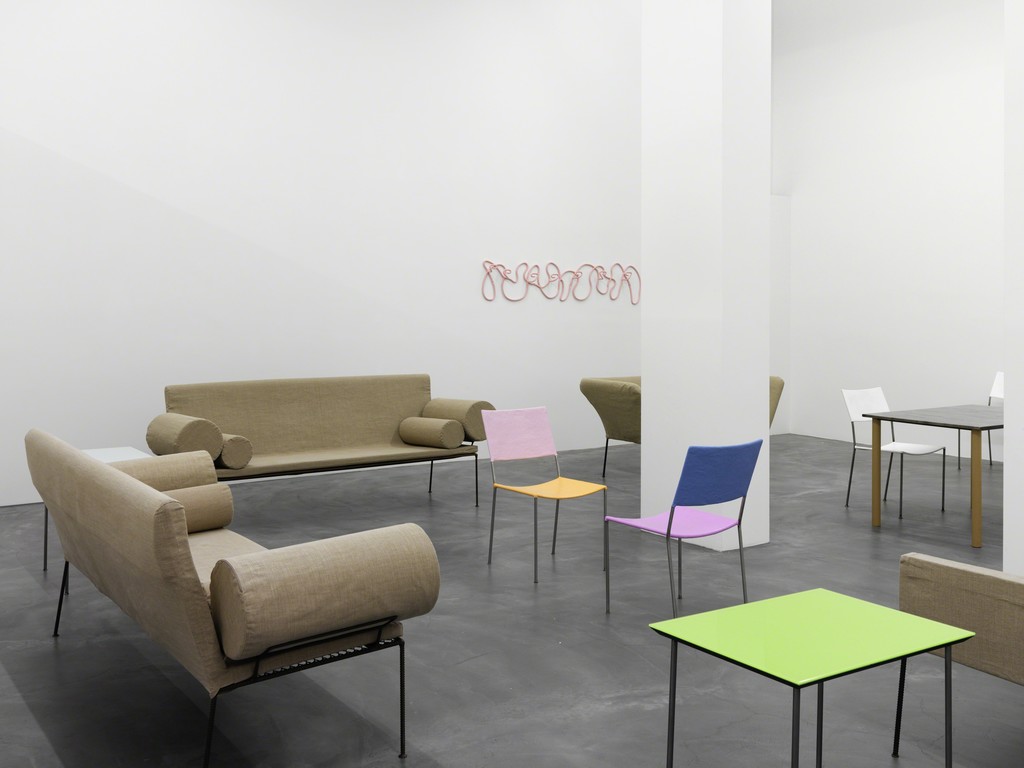 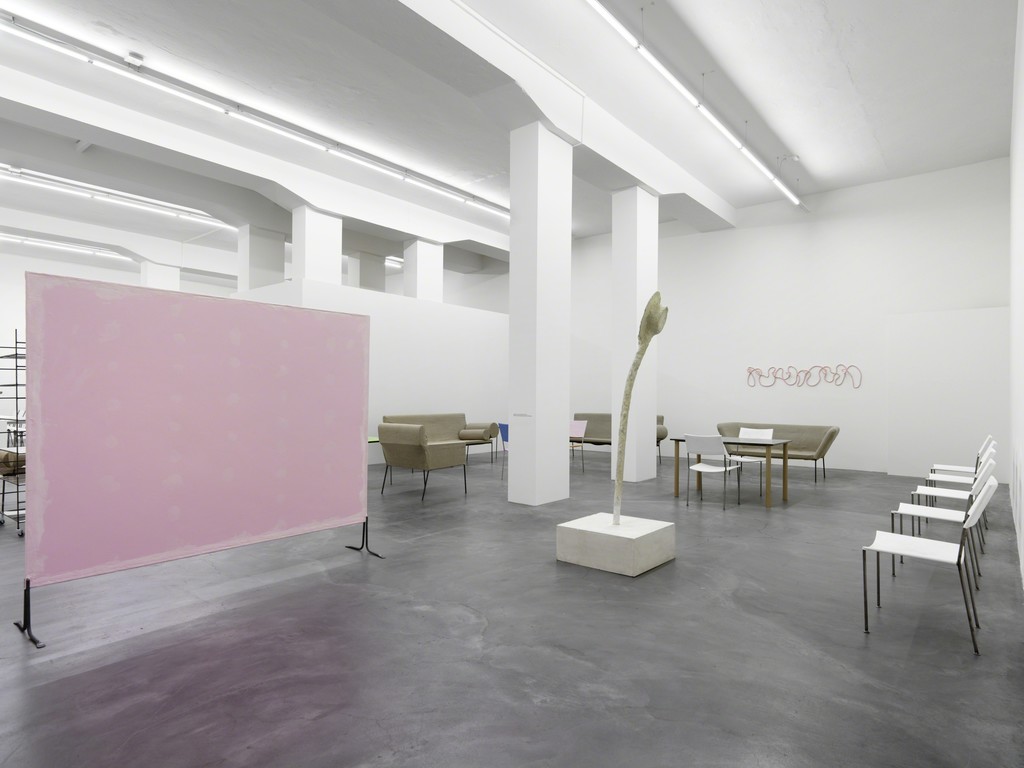 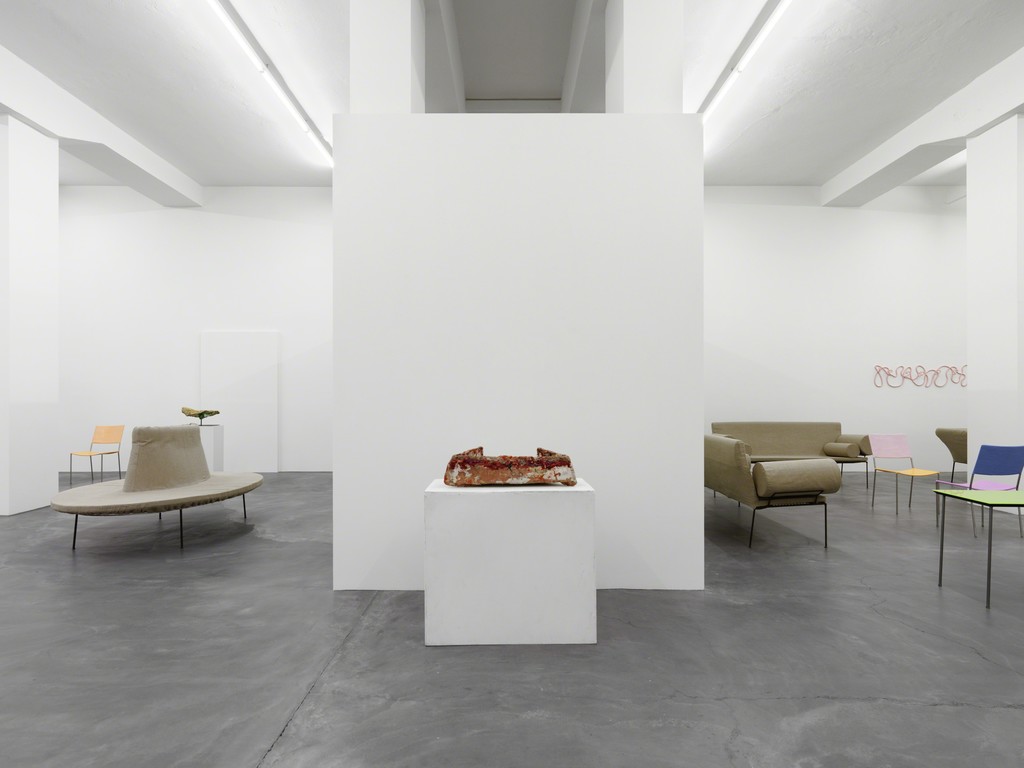 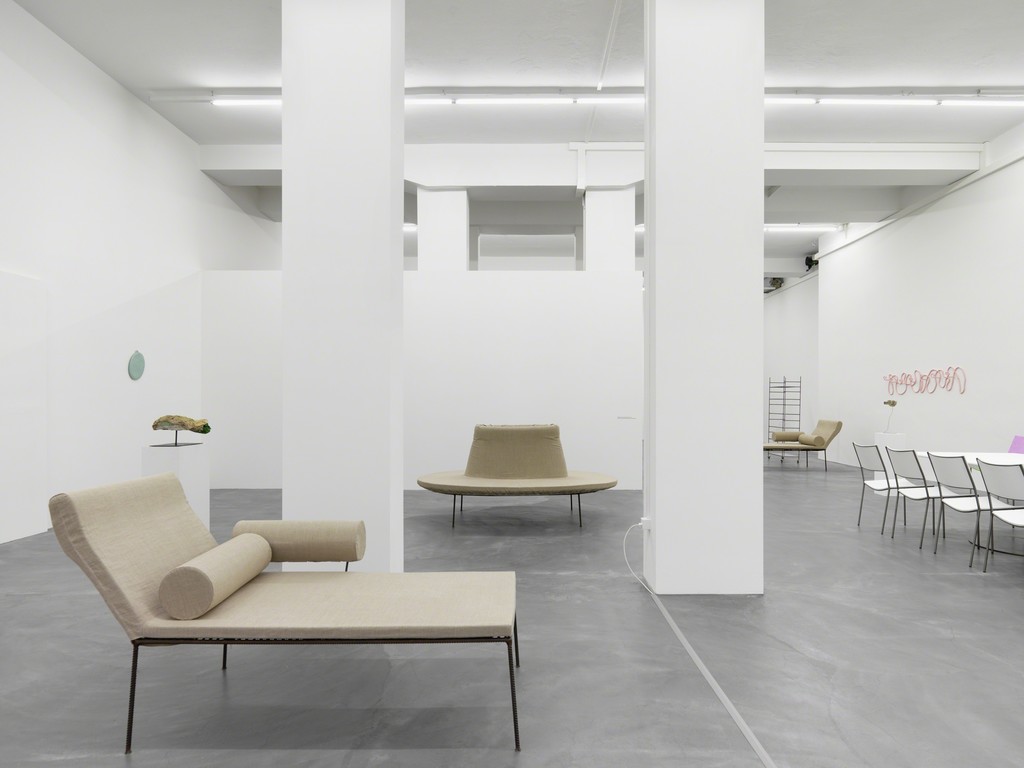 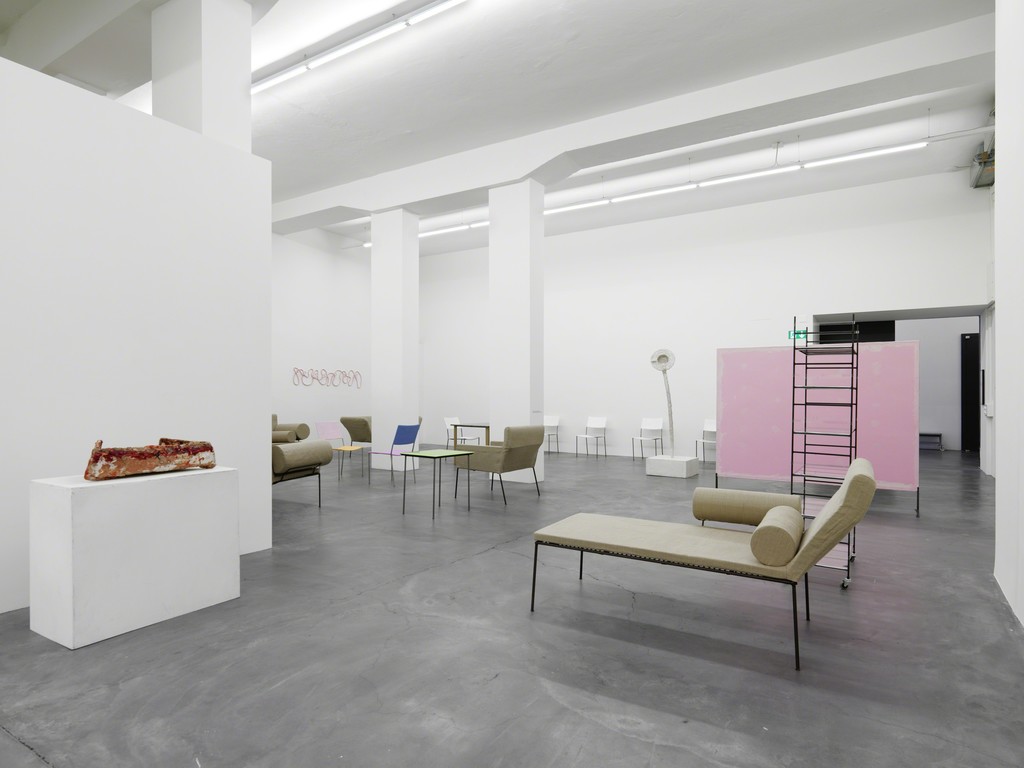 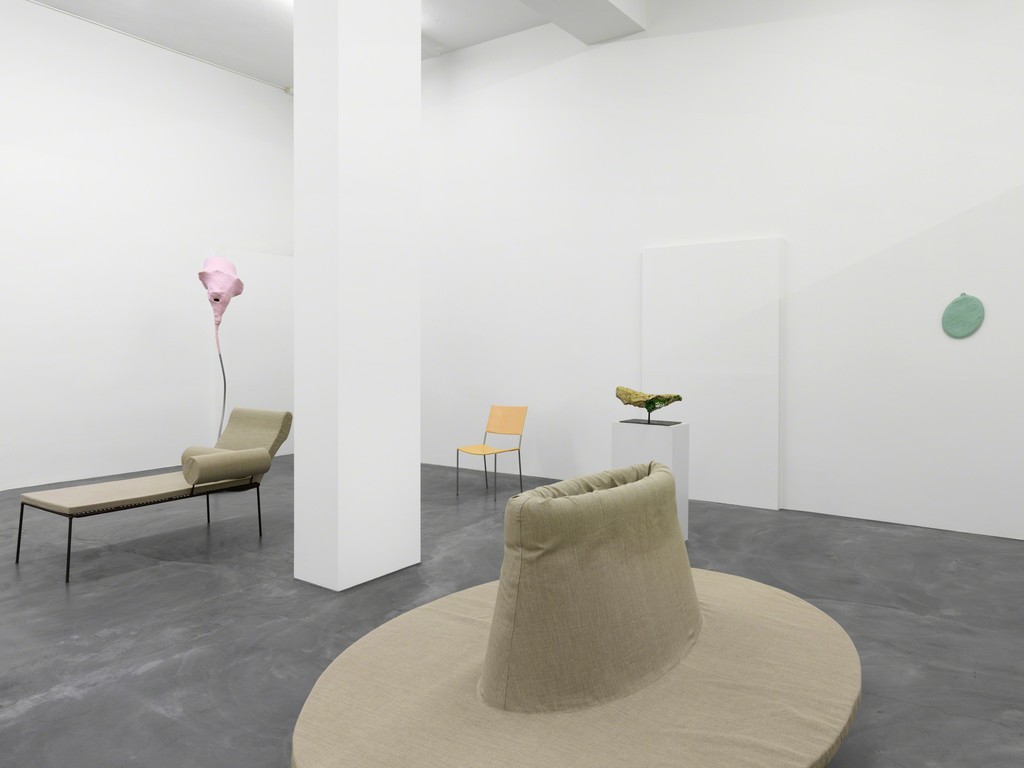 “The perception of art takes place where it pinches when you put it on.” - Franz West

As early as the mid 1970s Franz West turned away from the traditionally more passive artist’s life and began producing mostly modest-sized, white-painted sculptures made primarily out of plaster, wire, gauze, and papier mâché, his so-called “Passstücke.” Visitors to his exhibitions were invited to touch them, heft them, and try them on. They were meant to experience how the artworks adapted to the body.

West’s furniture was a further development in this direction. He thought of chairs, tables, upholstered pieces, wardrobes, and bookcases in sculptural terms, and approached their design in accordance with his concept of sculpture, considering their physical and tactile qualities. By questioning the practicality of art and our physical and emotional response to it, West called into question the way art is experienced and defined, and accordingly suggested the possibility that furniture might be seen as sculpture and a social experience. Furniture sculptures play a central role in West’s work, and are often major components of installations.

Since 2014 the Franz West Foundation has been issuing a selected group of his furniture sculptures. The editions are made by hand in the artist’s former atelier under the direction of former co-workers. The pieces are numbered and certified.

The exhibition presents both sculptural furniture created while the artist was still alive and pieces from the first series of reproductions. It also includes sculptures and collages by the artist.

In connection with the exhibition, a catalogue has been published by the Franz West Privatstiftung (Vienna) in cooperation with Galerie Eva Presenhuber (Zürich) and Gagosian Gallery (London and New York).