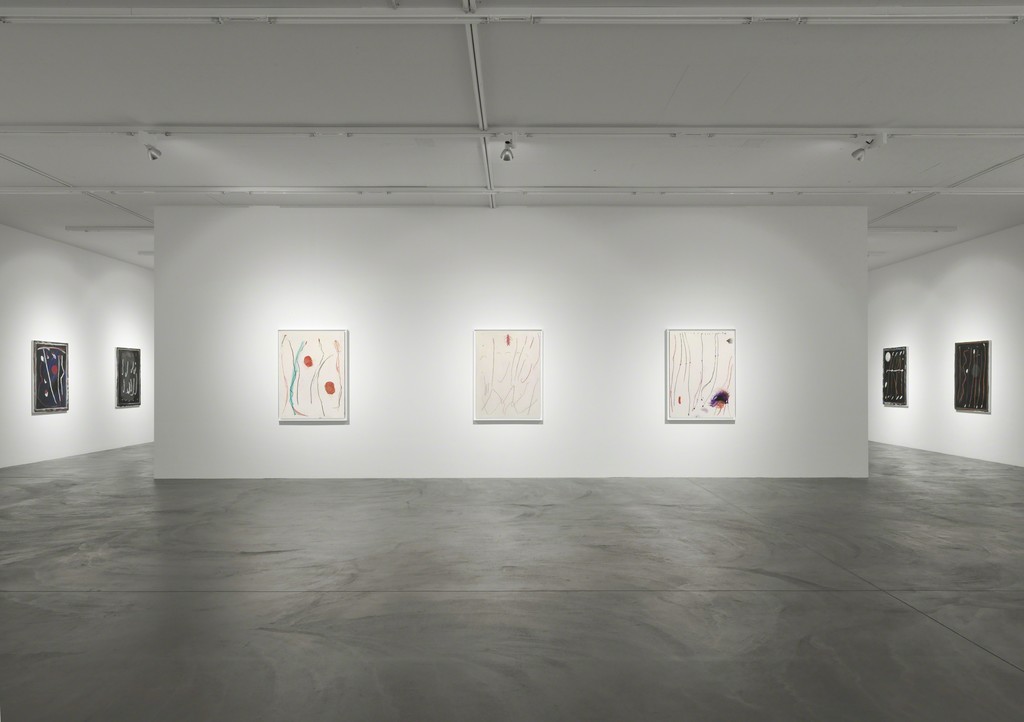 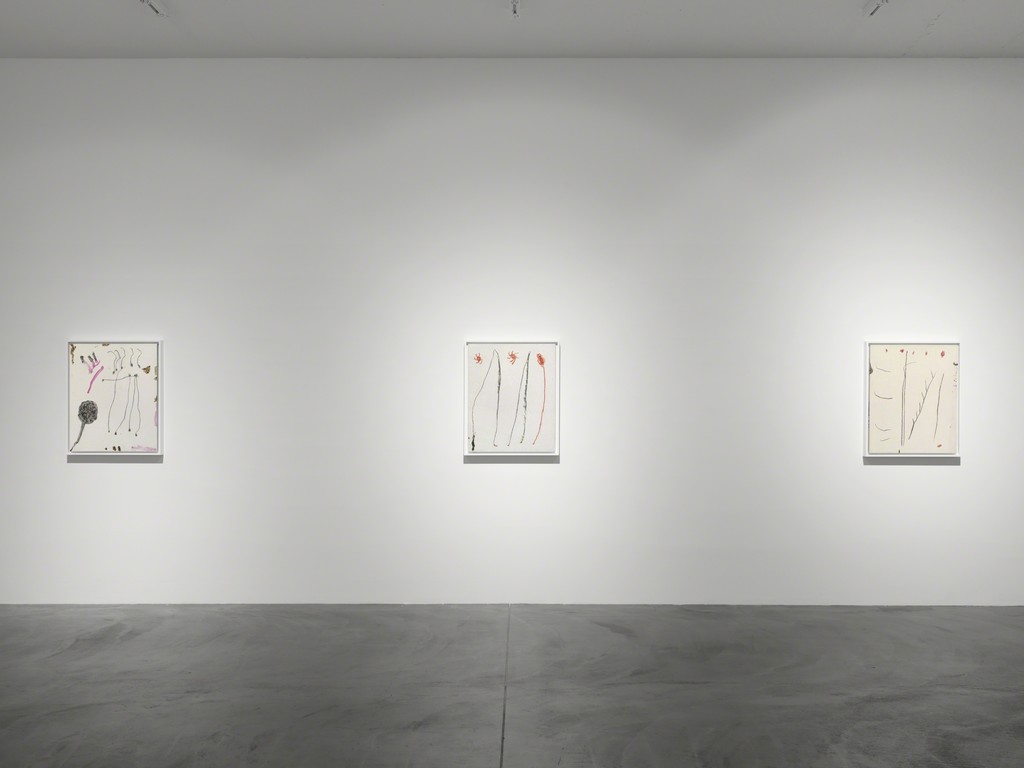 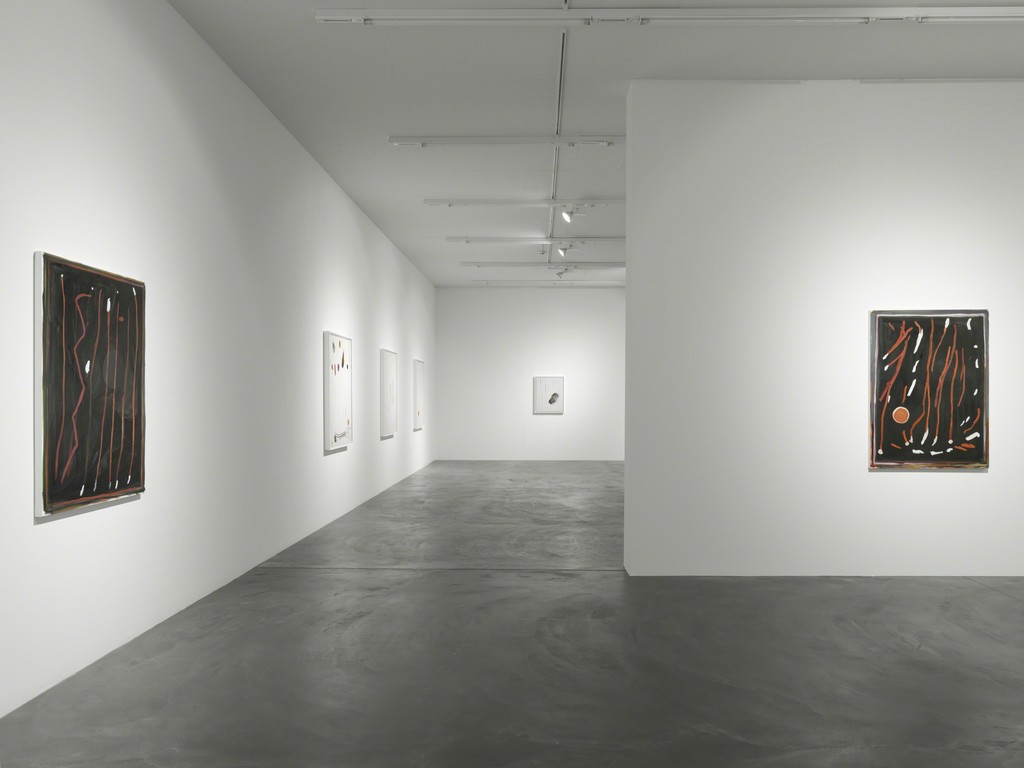 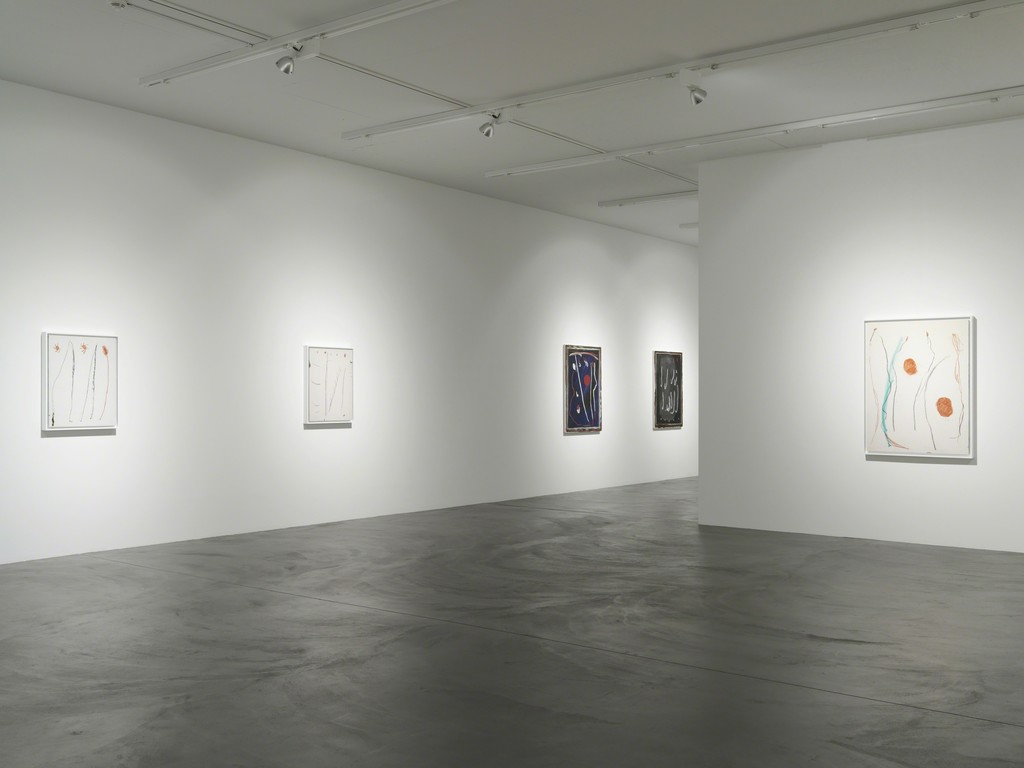 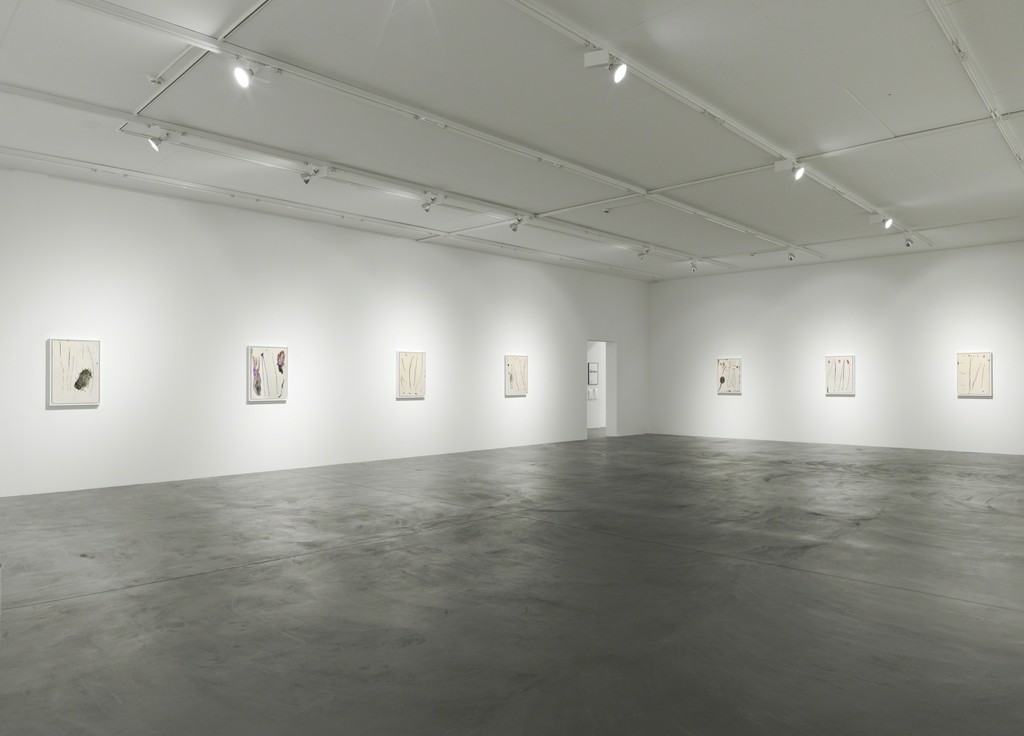 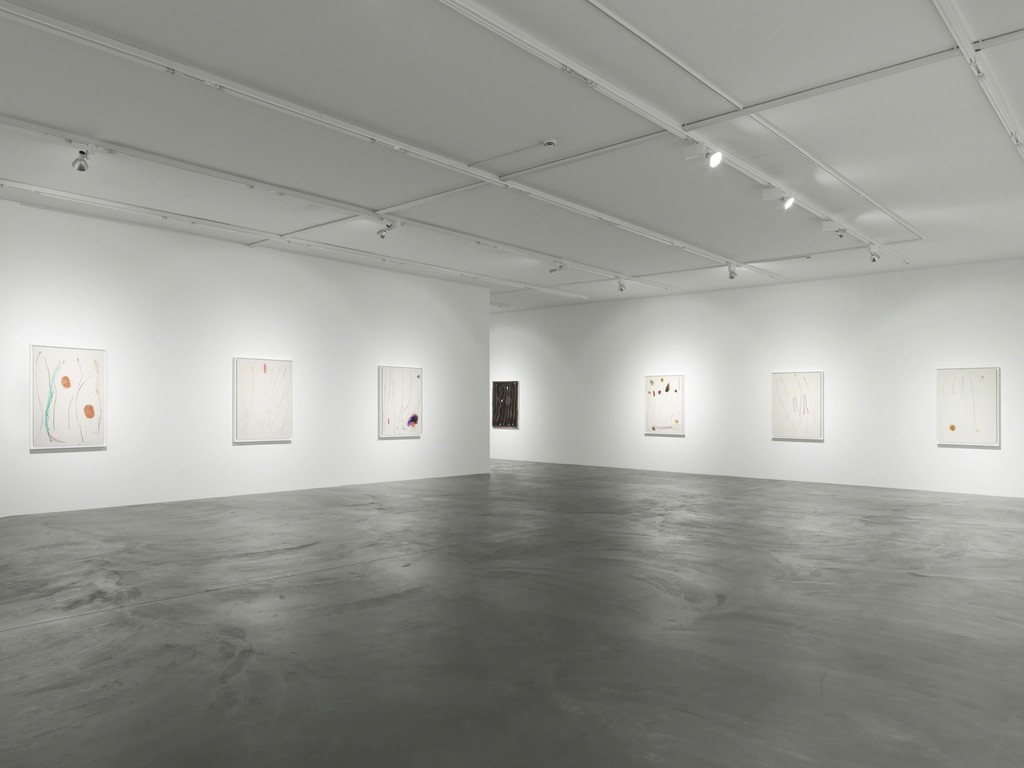 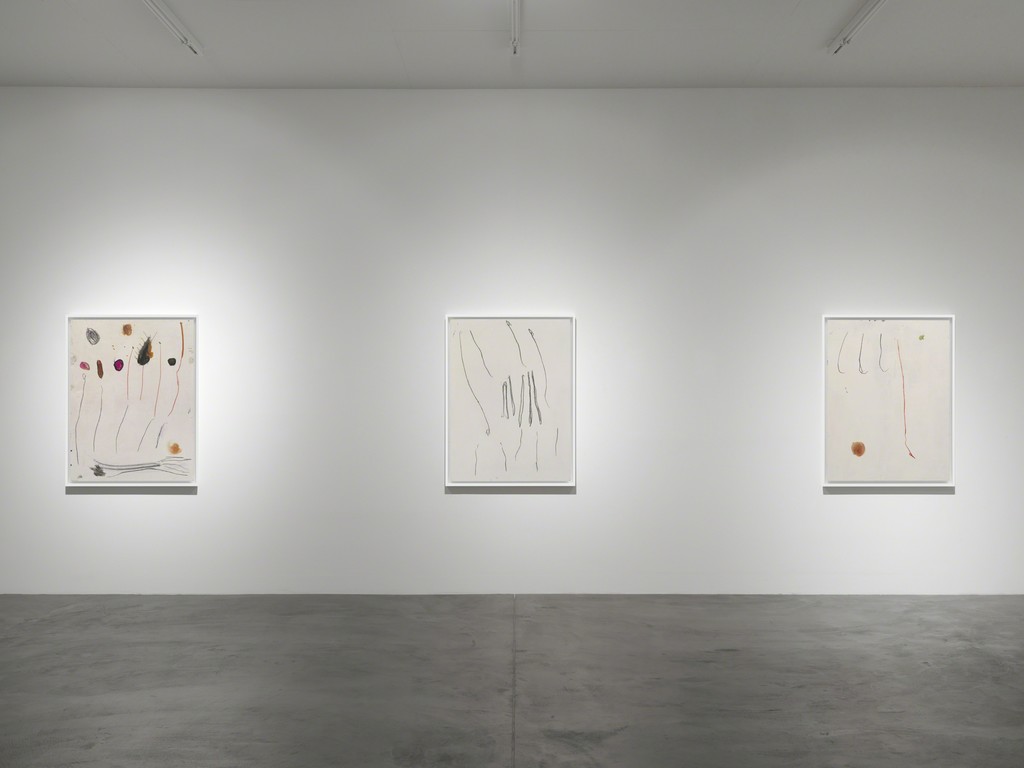 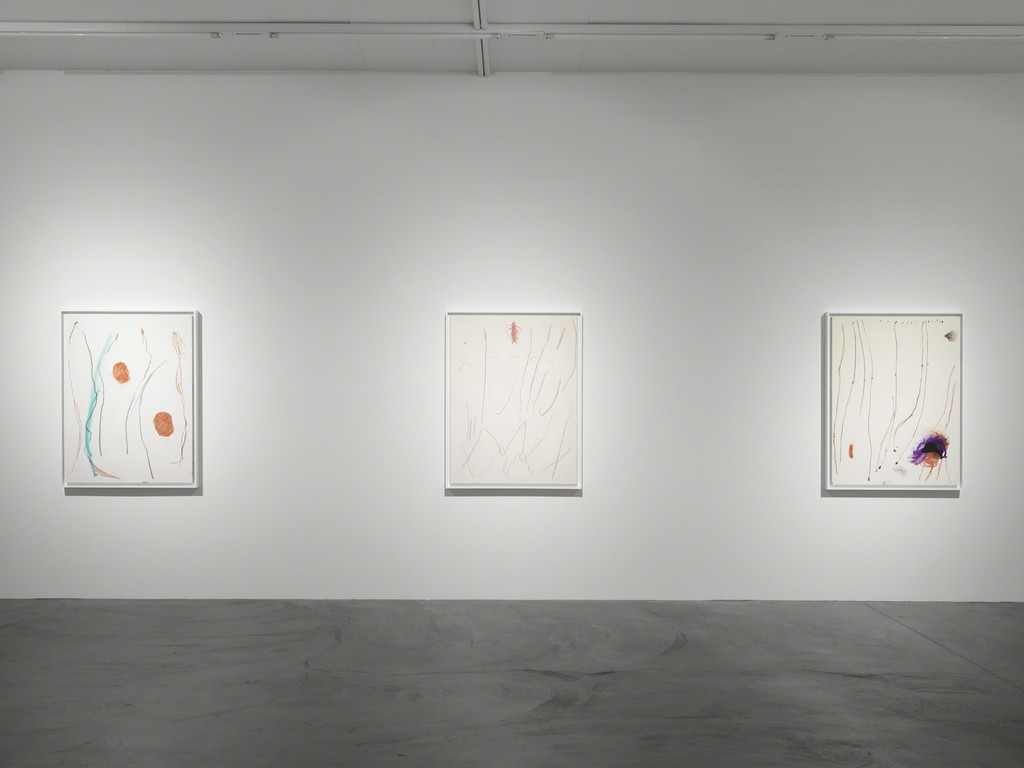 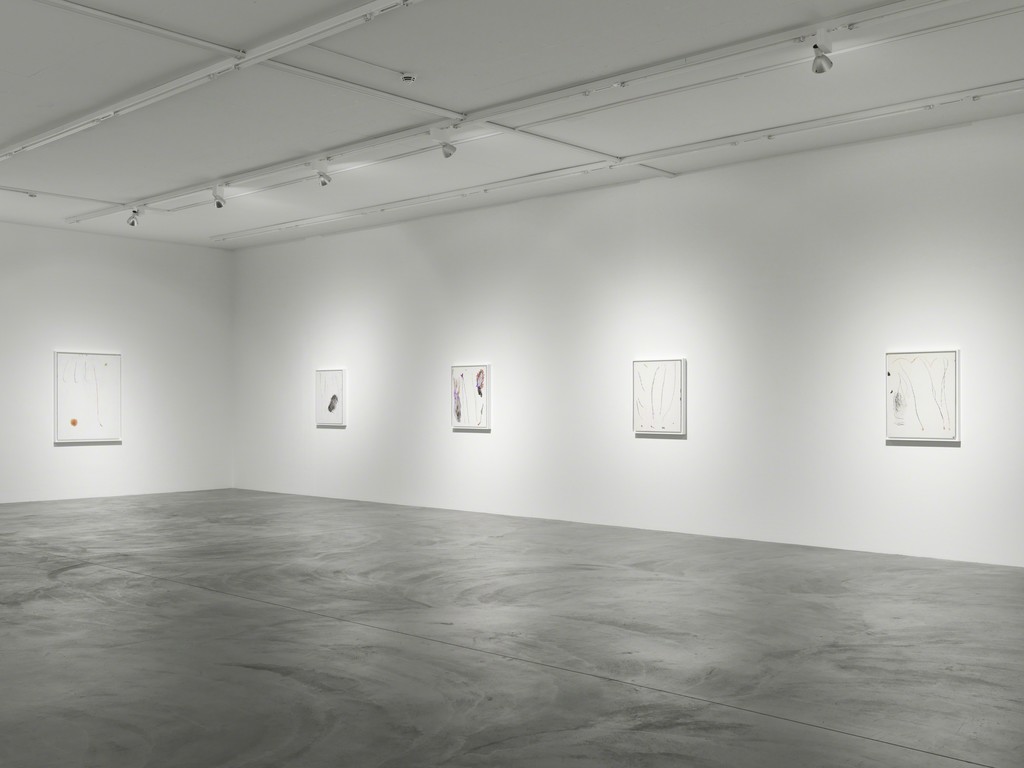 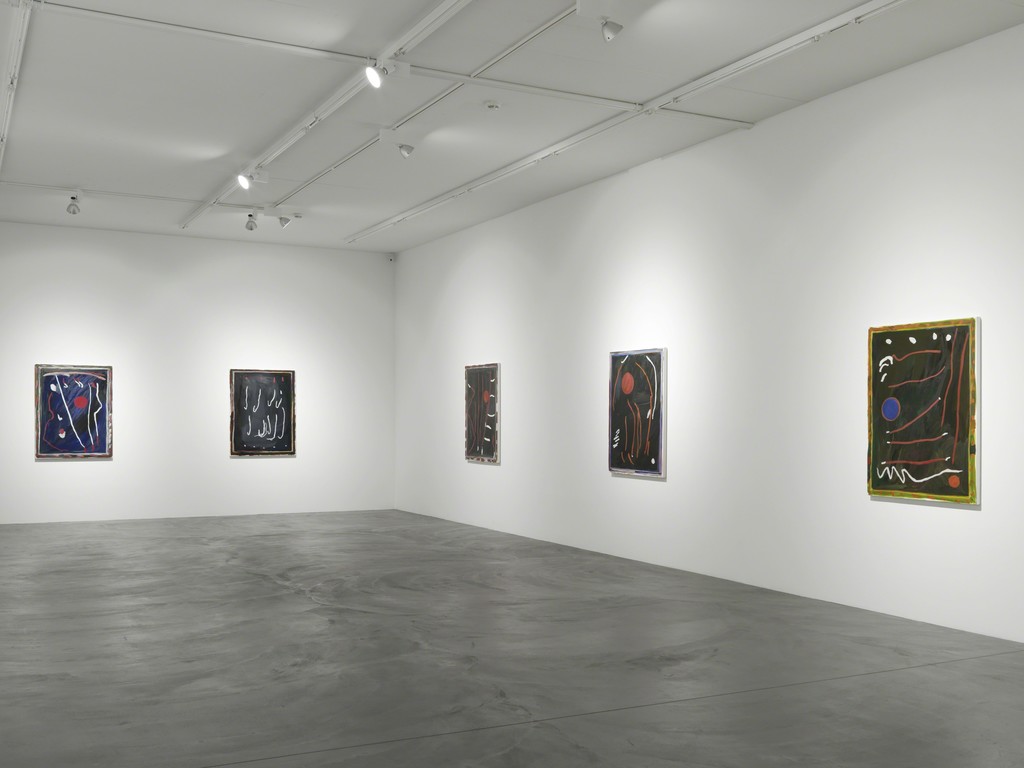 Galerie Eva Presenhuber is pleased to announce its third solo exhibition with works by Josh Smith in the spaces of the Löwenbräu Areal. The show presents new works in various dimensions, techniques, and motifs.

Josh Smith is distinguished by his mastery of the most varied mediums—painting, collage, sculpture, graphics, and ceramics. He first became known for his so-called “Name Paintings.” In them his own name appears in constantly new variations as the main pictorial motif—a reflection of the search for an unmistakable artistic identity. His perfectly pedestrian name is not the content, however, but rather an opportunity to experiment with the most varied painting styles, and with them, despite their explicit signature—or precisely because of it—to render any notion of distinctiveness absurd. In his collages as well, where found materials like newspaper clippings or take-out menus are combined with his own drawings, posters and objects from his studio, the focus is on the myth of artistic authenticity.
In recent years Smith has developed an idiosyncratic, abstract manner of painting that includes such motifs as leaves, fish, skeletons, insects, ghosts, and sunsets. He employs these somewhat arbitrary themes alternately in aggressive, playful and repetitious ways, and frequently in oddly eccentric ones. He forces us to focus not so much on the aesthetic result as on his process. His exhibition’s title, for example, provides no hint of its content, leaving room for free association.

The MACRO Museum in Rome is presenting a comprehensive solo show of his until September 20. http://www.museomacro.org/mostre_ed_eventi/mostre/josh_smith

Josh Smith was born in Tennessee in 1976, and has had numerous solo shows in the United States and Europe, including: MACRO Museum, Rome (2015); The American Dream, Brant Foundation, Greenwich, Conn. (2011); Who Am I, De Hallen, Haarlem (2009), and Hidden Darts, Museum Moderner Kunst, Vienna (2008). In addition, Smith has participated in a number of group shows, including: The Painting Factory: Abstraction after Warhol, Museum of Contemporary Art, Los Angeles; Le Printemps de Septembre, Toulouse; The Generational: Younger Than Jesus, The New Museum, New York; Uncertain States of America, Serpentine Gallery, London; and the Lyon Biennale 2007. In 2011 Smith was invited to take part in the 54th Venice Biennale, “ILLUMInazioni.”