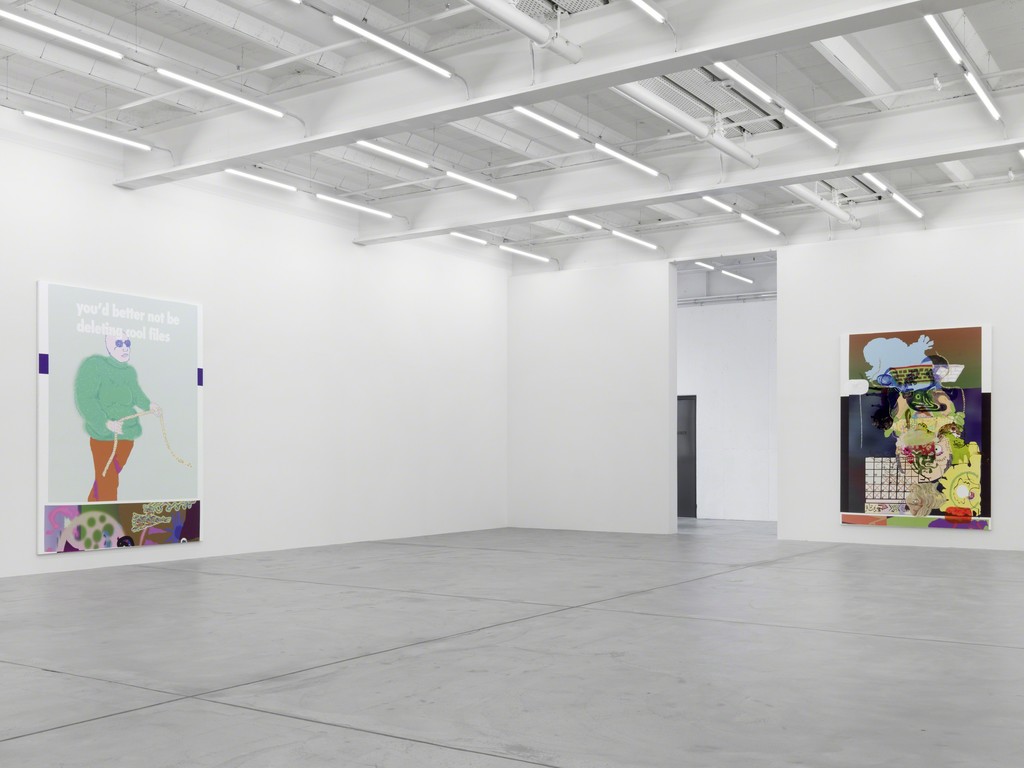 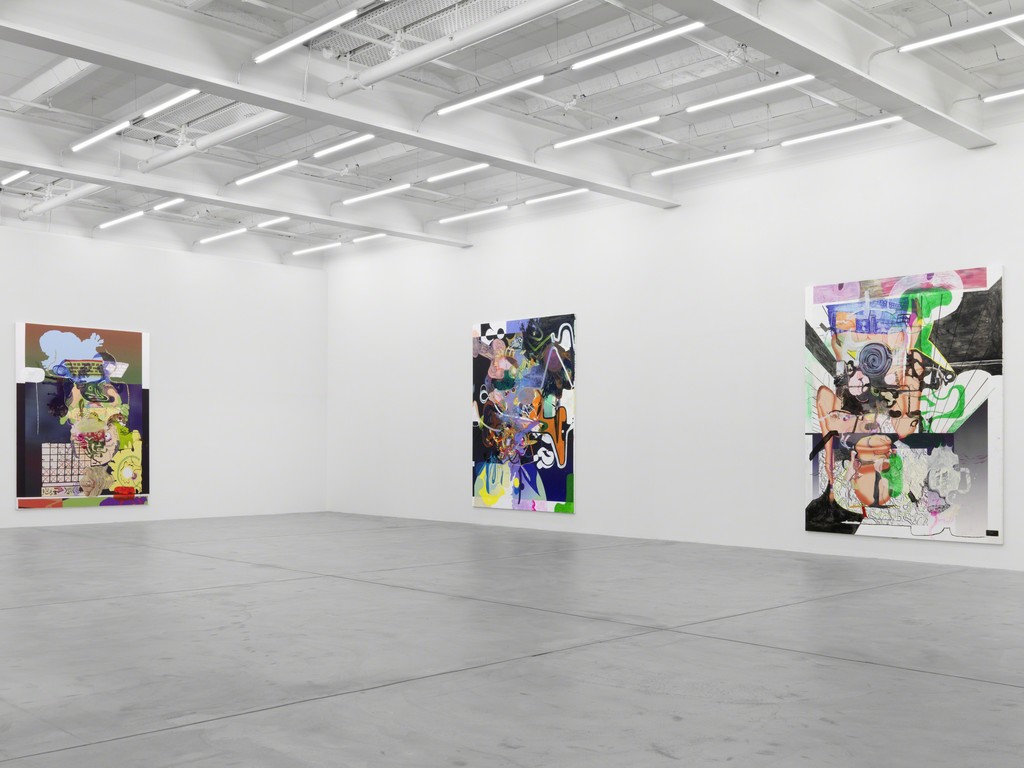 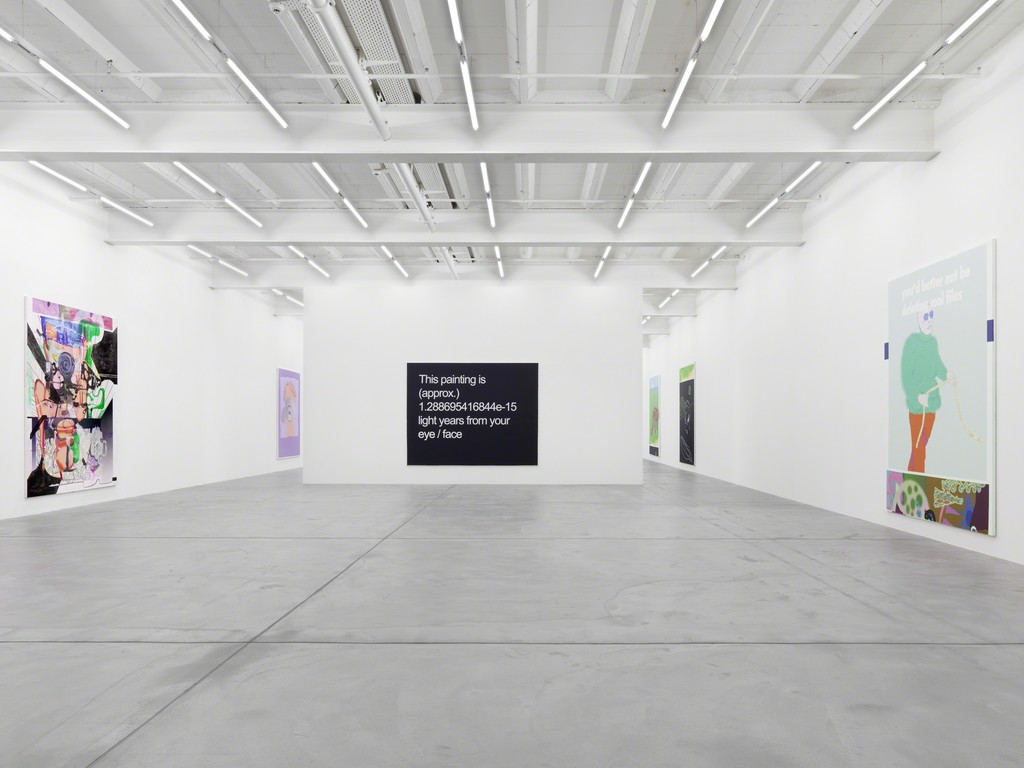 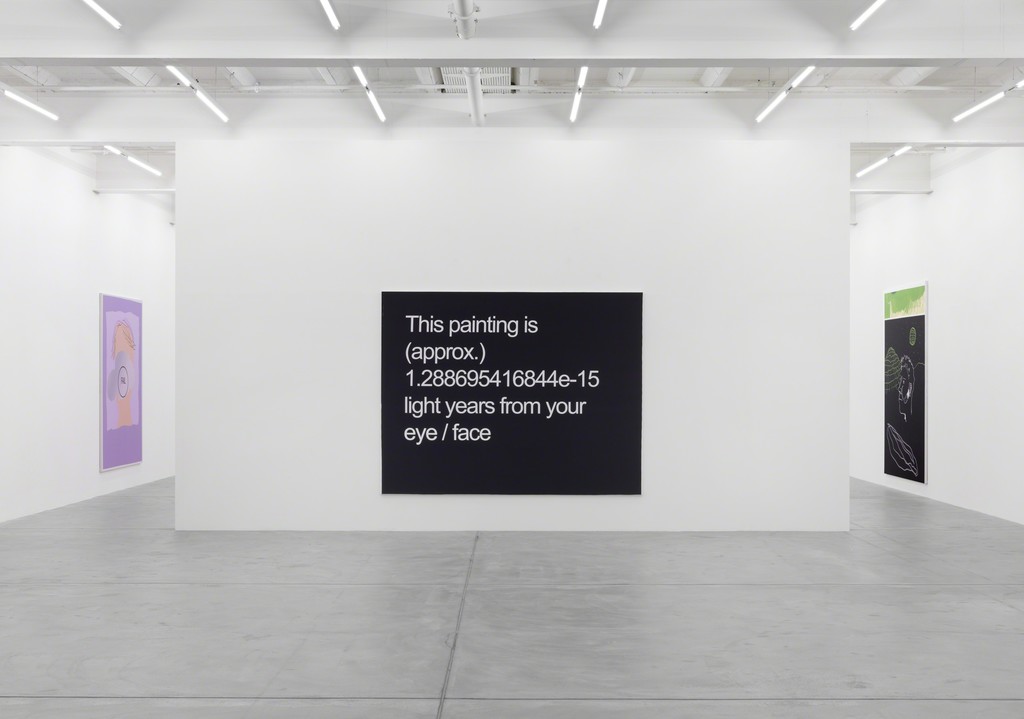 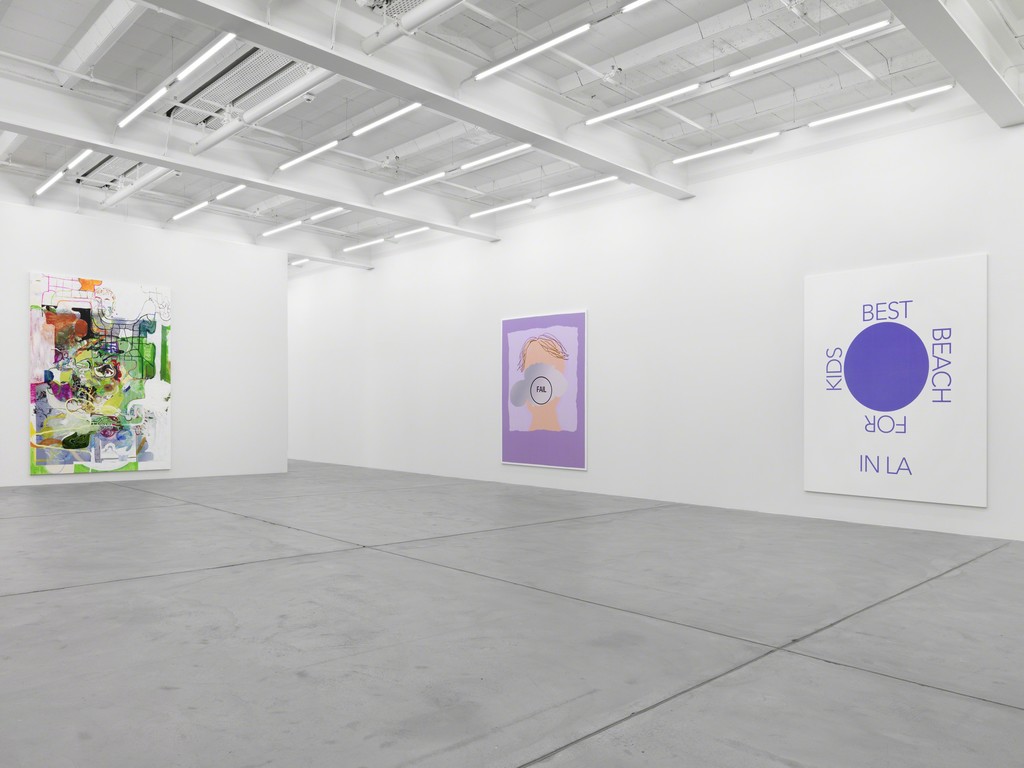 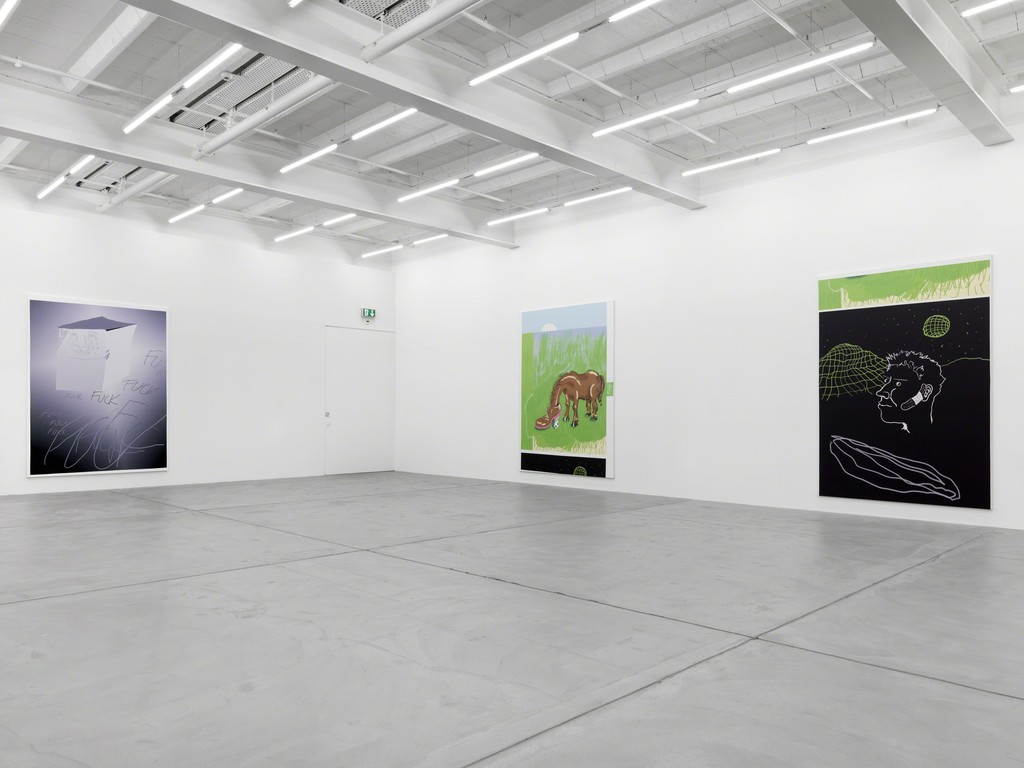 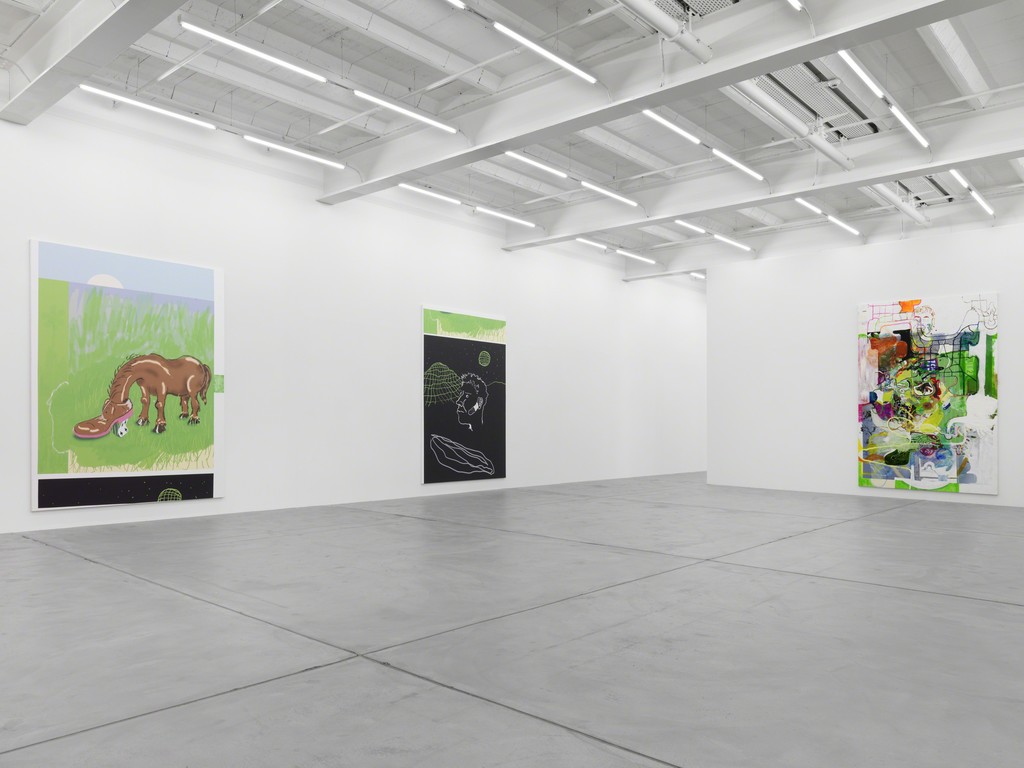 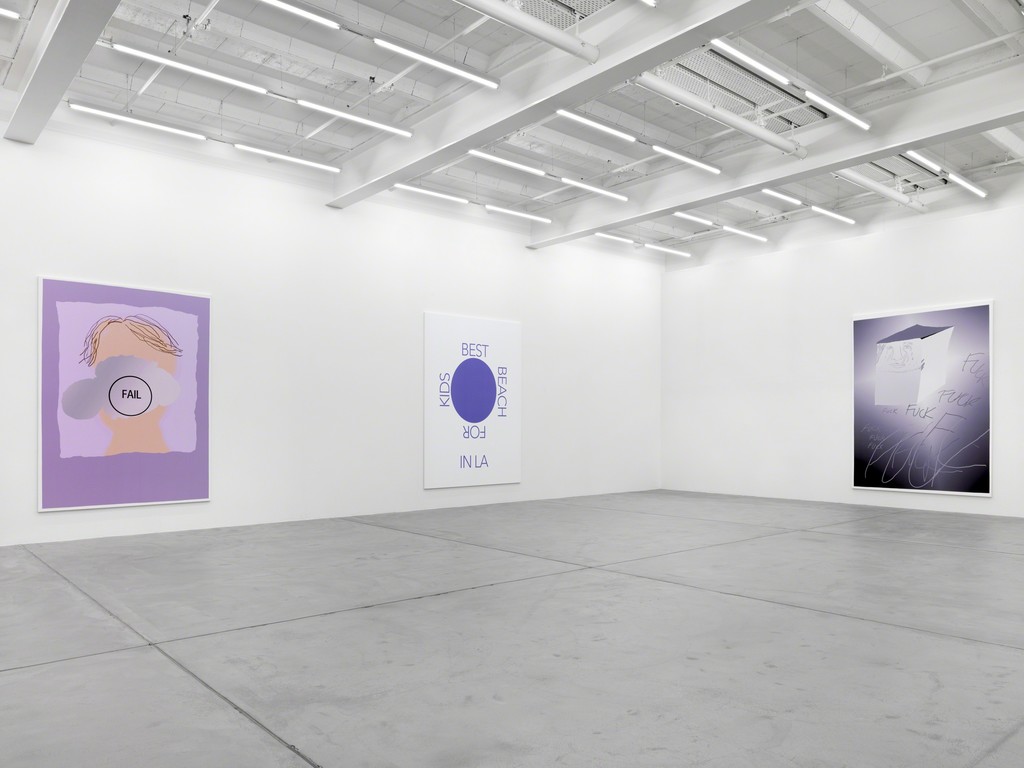 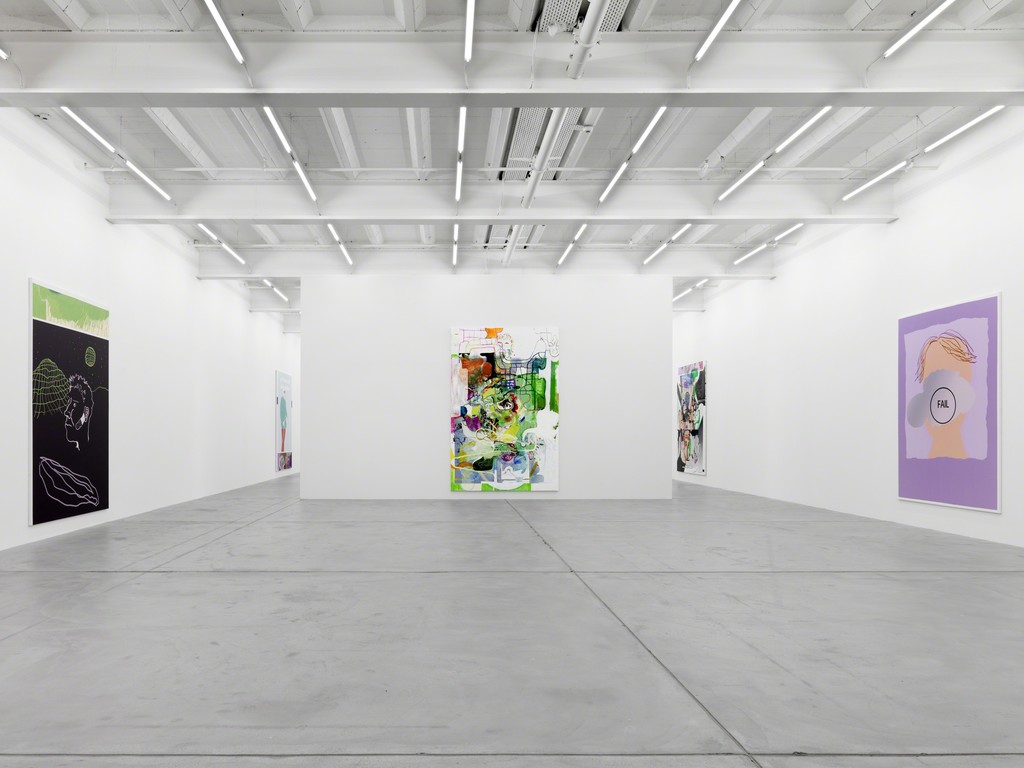 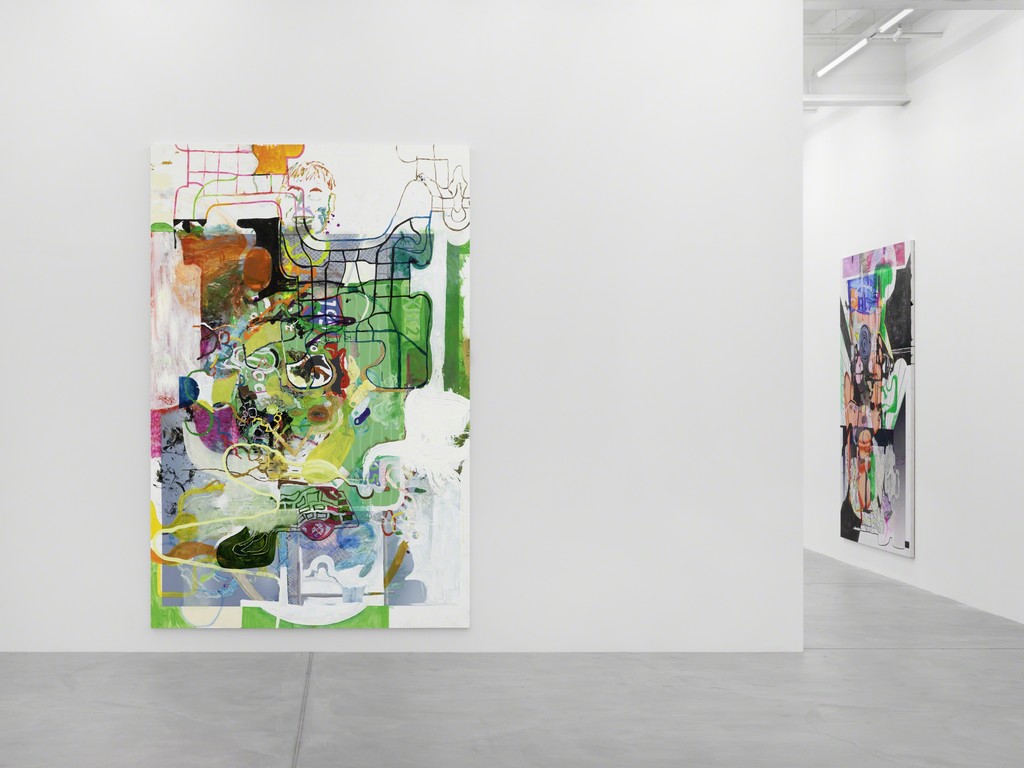 Galerie Eva Presenhuber is pleased to announce the second solo exhibition of American artist Michael Williams.
Williams, who lives and works in Los Angeles, will be showing eleven new paintings in the exhibition spaces at
Maag Areal.
In this group of paintings Williams brings together some of the various modes of painting he's developed over the
last decade to offer a darkly humorous view of the daily confusions and contradictions of contemporary life.
Williams’ work is rooted in a fervently pluralist knowledge of painting traditions, including German pop and postmodernism,
Northern Californian Funk, and New York figural abstraction. Williams is equally promiscuous in his
technique, which blends painting, airbrushing, printing, and text.
In his most straightforward technical mode, Williams distills daily verbal/visual tropes into digital images that
exploit (and, in their seemingly casual manner, invert) the modernist concept of large scale painting. He does so by
employing a monumental physical scale and a palette and texture that solidifies computer screen light and color.
In other paintings Williams employs puzzle piece compositional techniques and graphic noise to bring together the
physical stuff of the artist’s daily life, from highway signs to keyboards to calendars to self portraits. These more
overtly autobiographical works are sometimes activated by thick, expressive brushstrokes working against orderly
lines and the gentle fades of airbrush.
To read these paintings, along with their absurdly funny titles, is to encounter a personal language that
communicates via a provocative tension between painterly distortion and instantly recognizable imagery. These
are, in the broadest sense, political works, but ones that place the formal ahead of the political. Living with the
ambiguities inherent in this approach leads the artist and his audience to achieve a new understanding of not only
the dense and knotty world of Williams’ canvases but that of our own shared space.
Michael Williams was born in 1978 in Doylestown, Pennsylvania. He has shown widely at venues and institutions
such as: Secession, Vienna; Museum of Modern Art, New York; Dallas Museum of Art, Dallas, Texas; Wexner
Center for the Arts, Columbus, Ohio; Ballroom Marfa, Marfa, Texas; and the Garage Center for Contemporary
Culture, Moscow. In 2015, Williams had his first solo museum exhibition at Musée des Beaux-Arts de Montreal,
Montreal. His first solo show with Galerie Eva Presenhuber was in 2014. Williams is preparing for a solo exhibition
at The Carnegie Museum of Art for the spring of 2017.