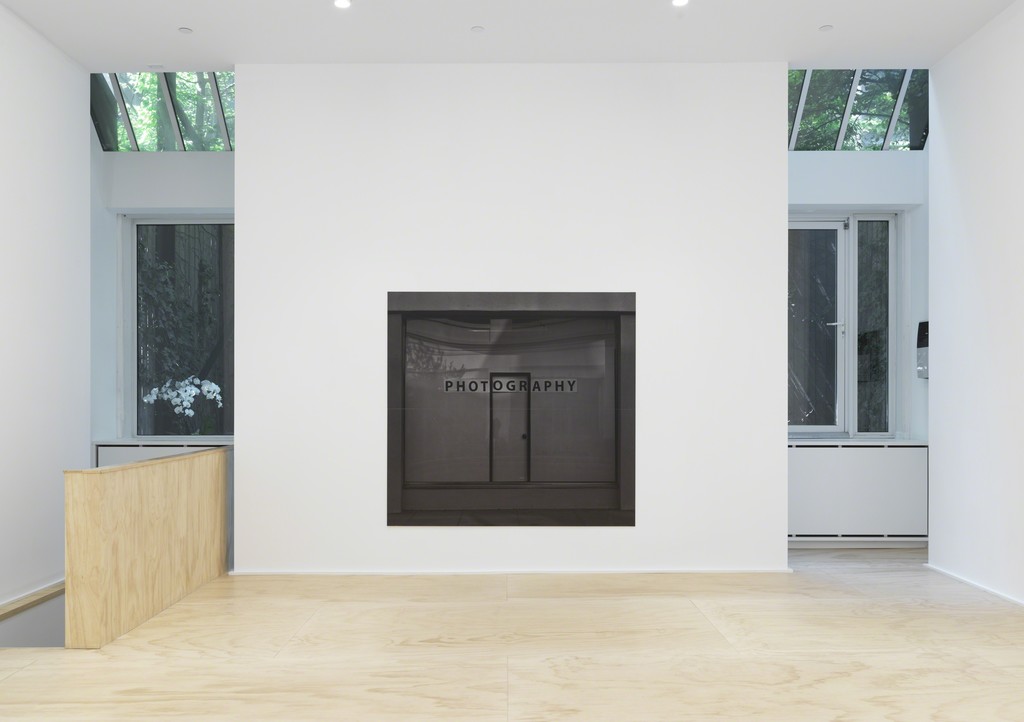 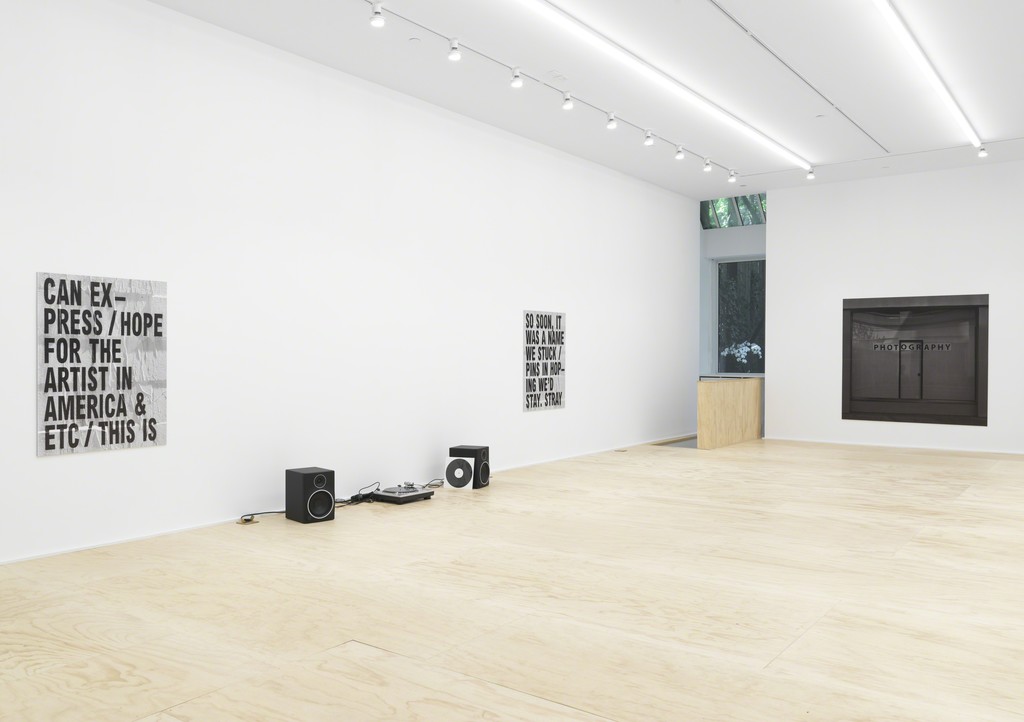 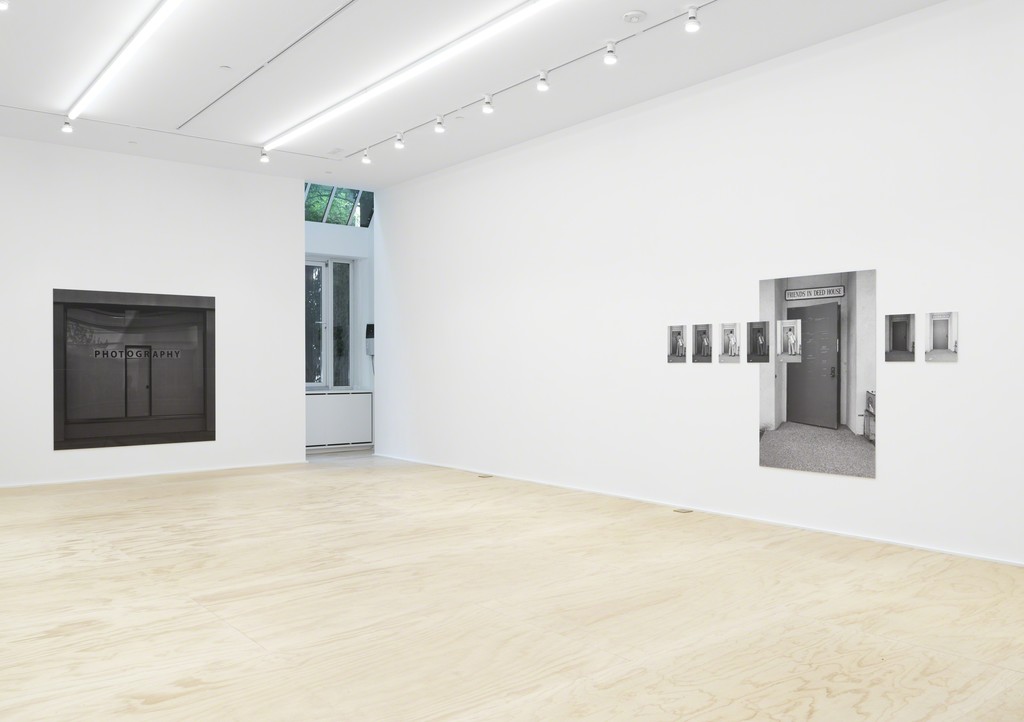 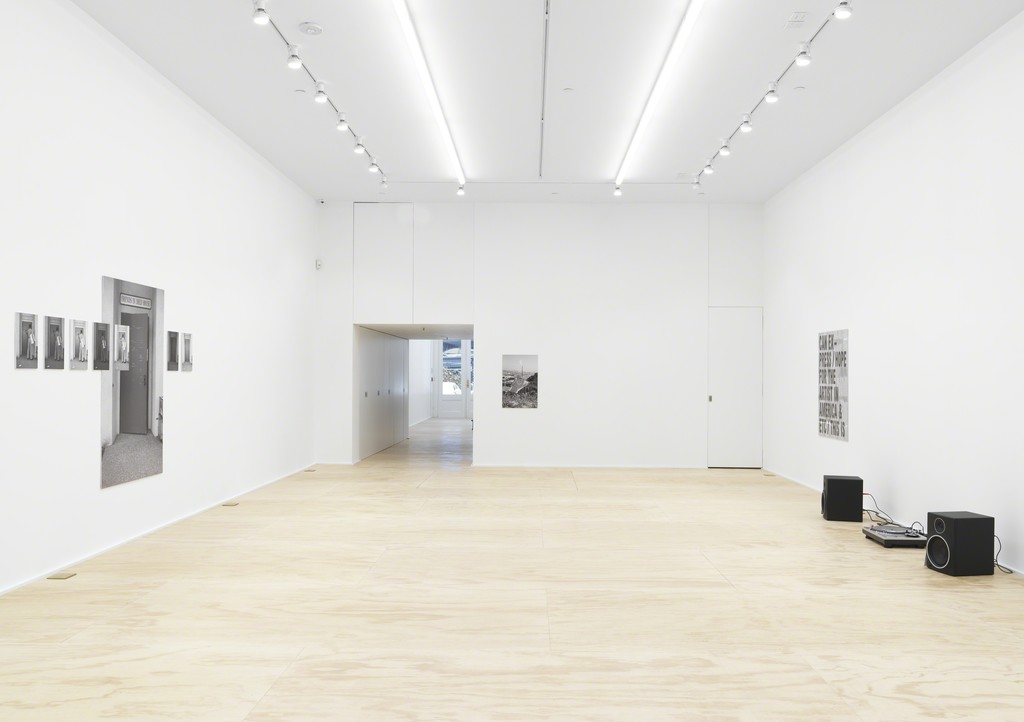 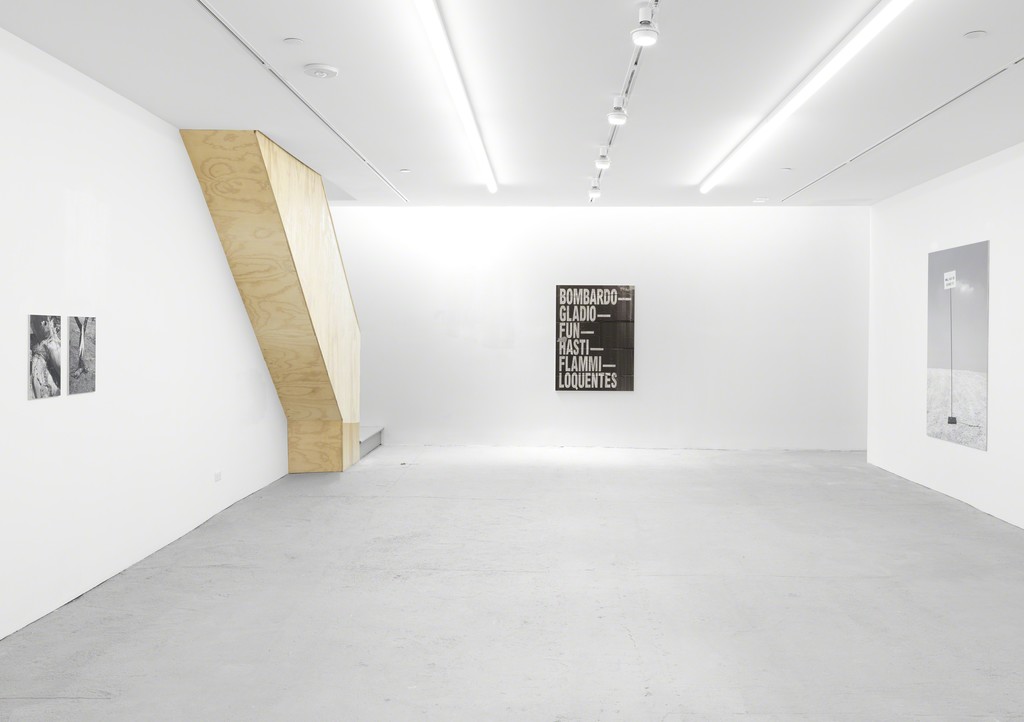 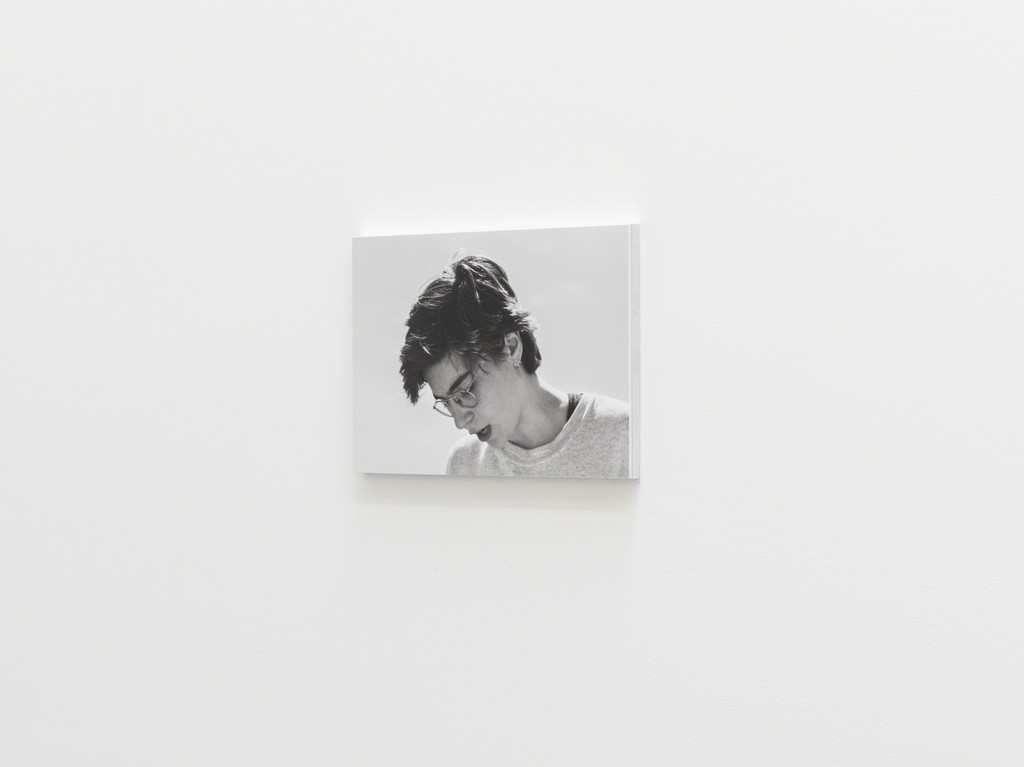 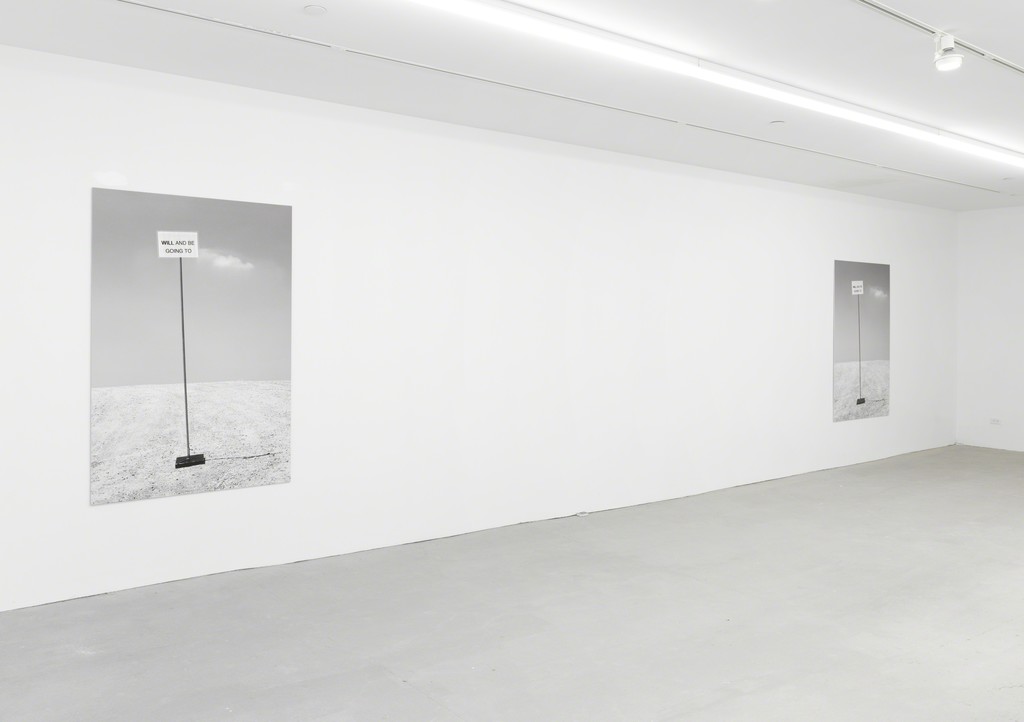 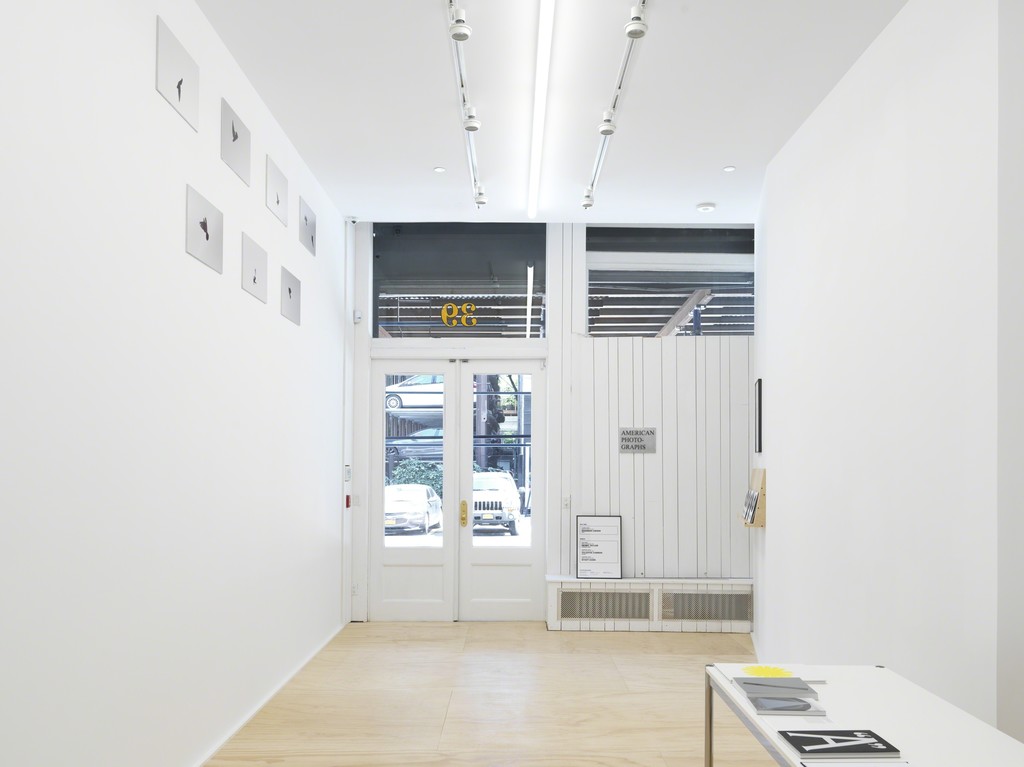 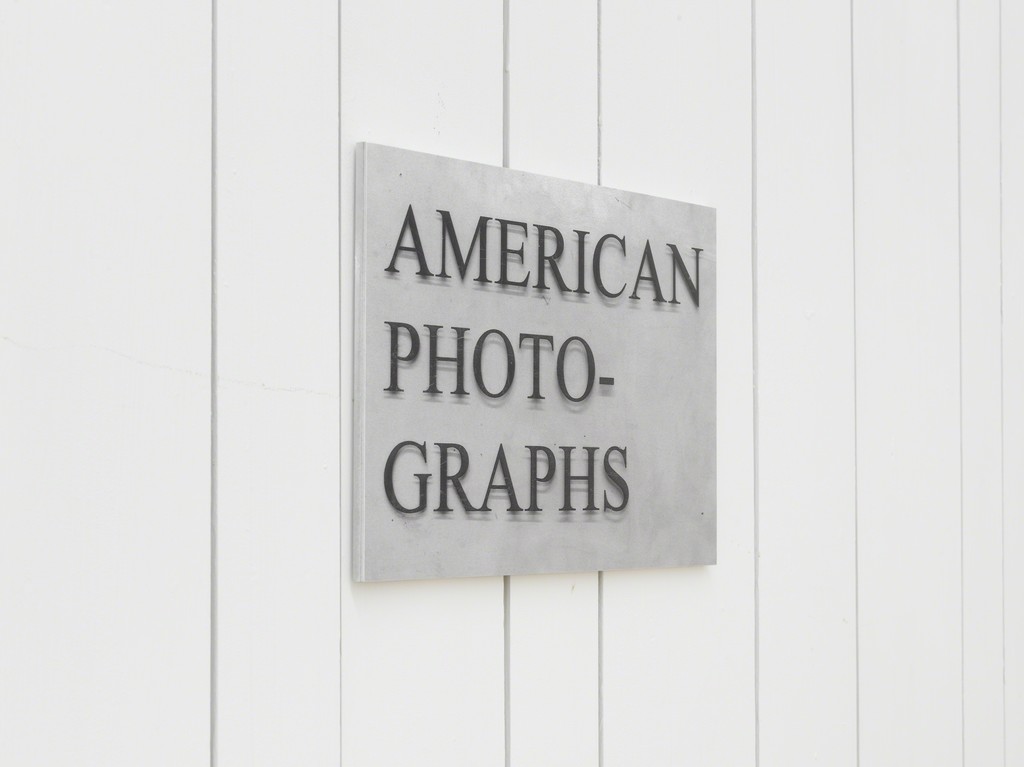 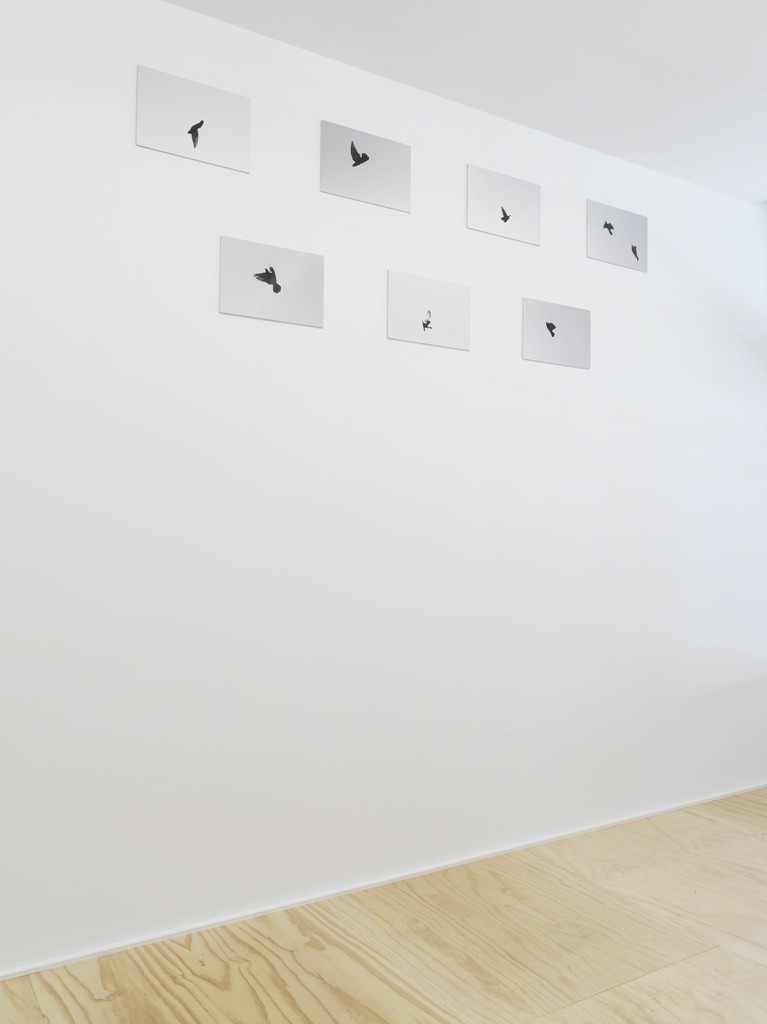 The title work STRAY includes an LP featuring poets Susan Howe and Nathaniel Mackey reading selections from their work. Two photographs of posters are displayed to the left and right of a turntable. For these images, Ebner selected a single verse from each poet. Here are photographs, a public space, recordings of two poets, a turntable and speakers—a work in a gallery.

For the occasion of the exhibition, Ebner has created a poster replete with a brief statement and excerpts from a constellation of literary and critical texts.

Previous publications by Ebner include A Public Character (ICA Miami and ROMA, 2016); A HUDSON YARD, in collaboration with David Reinfurt (Friends of the High Line, 2015); Auto Body Collision (Carnegie Museum of Art, 2015); STRIKE (Mousse, 2015); and The Sun as Error (Los Angeles County Museum of Art, 2009).

With thanks to Susan Howe and Nathaniel Mackey.

For further information, please contact Andreas Grimm or Jill McLennon at the gallery