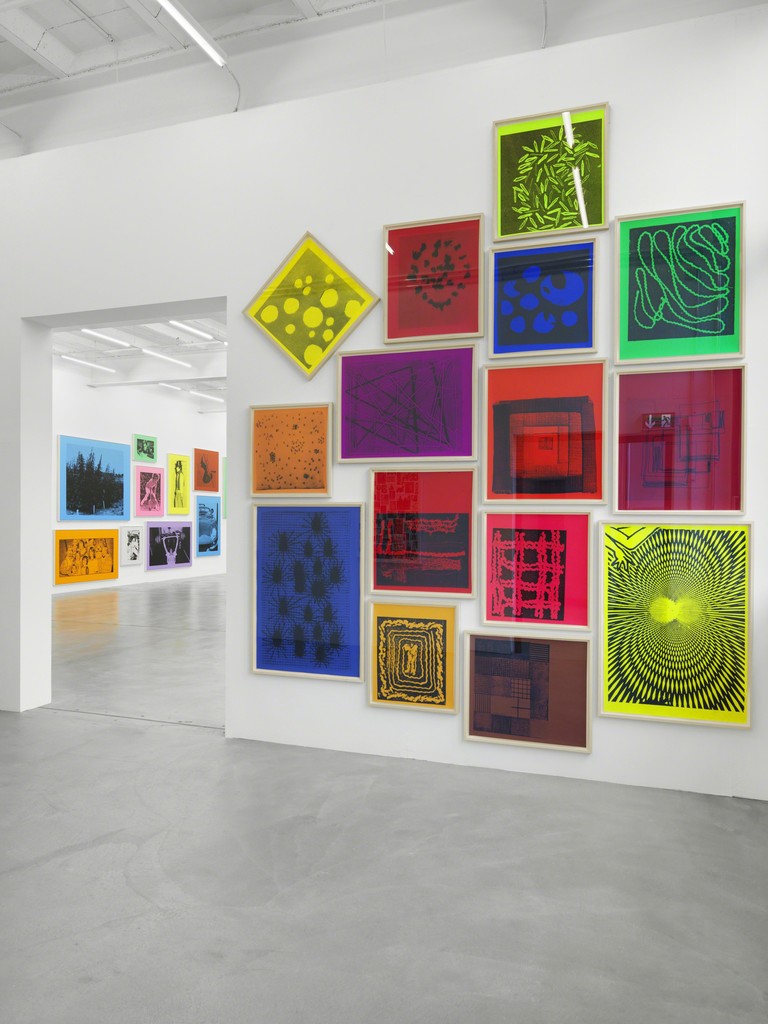 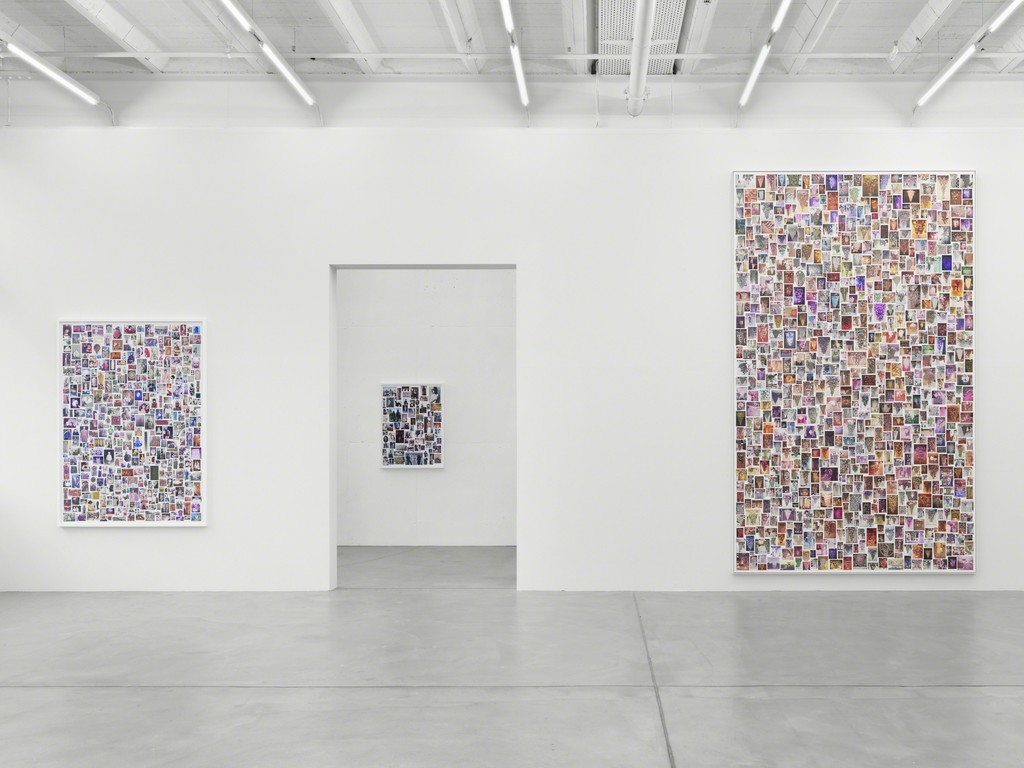 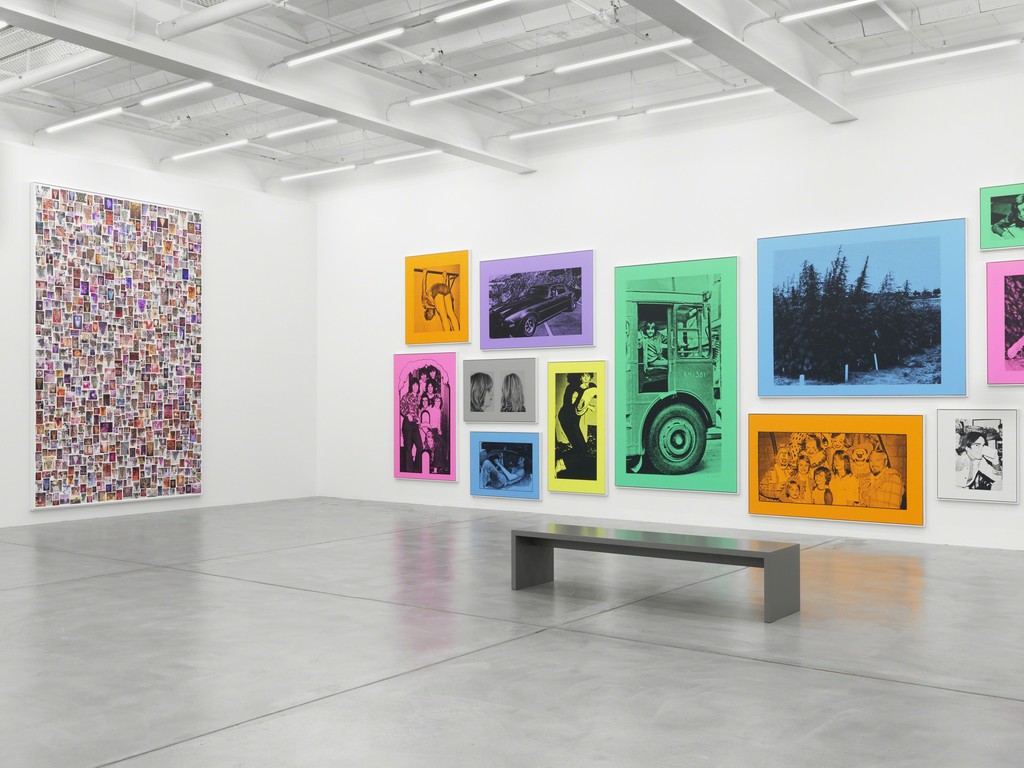 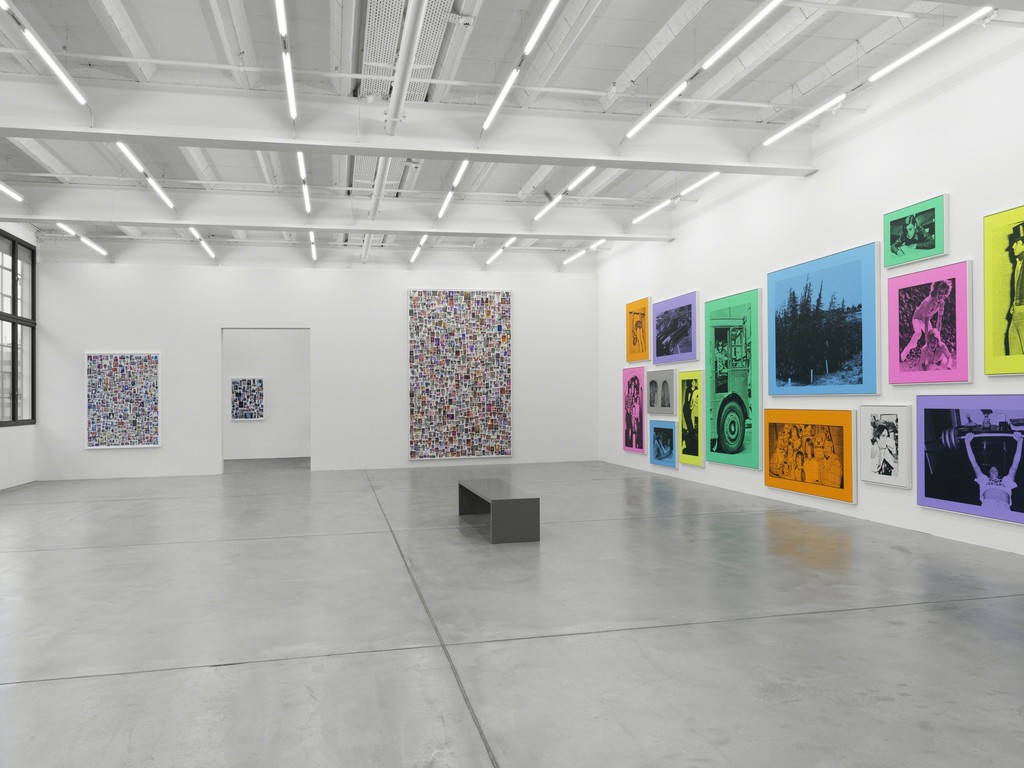 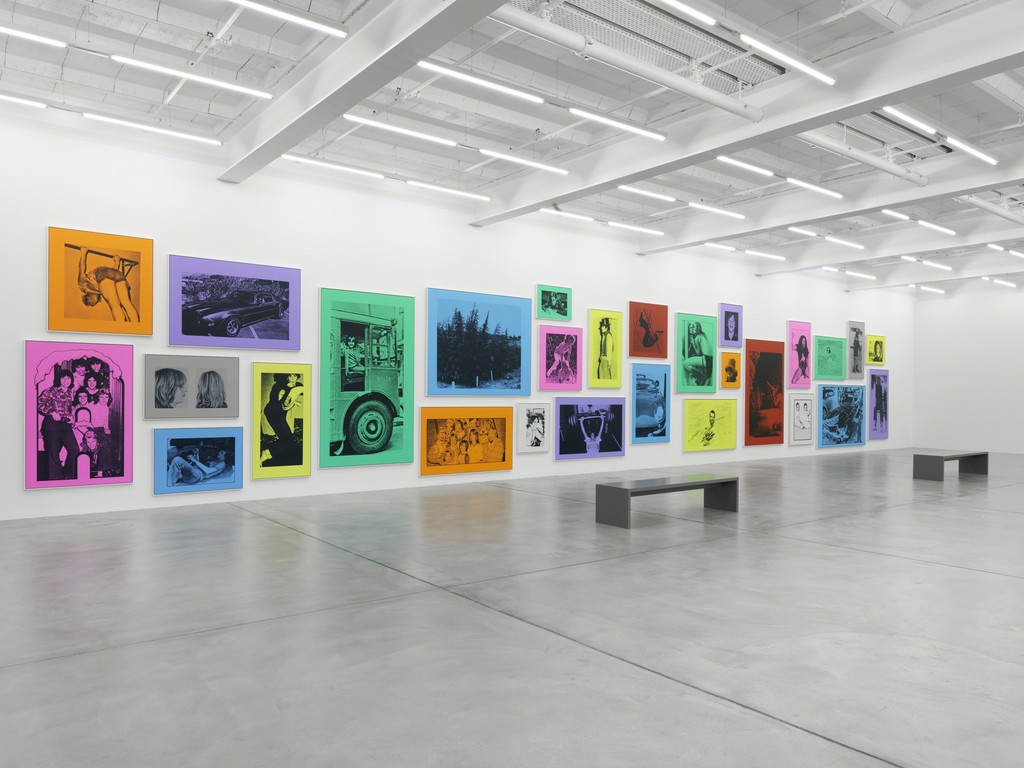 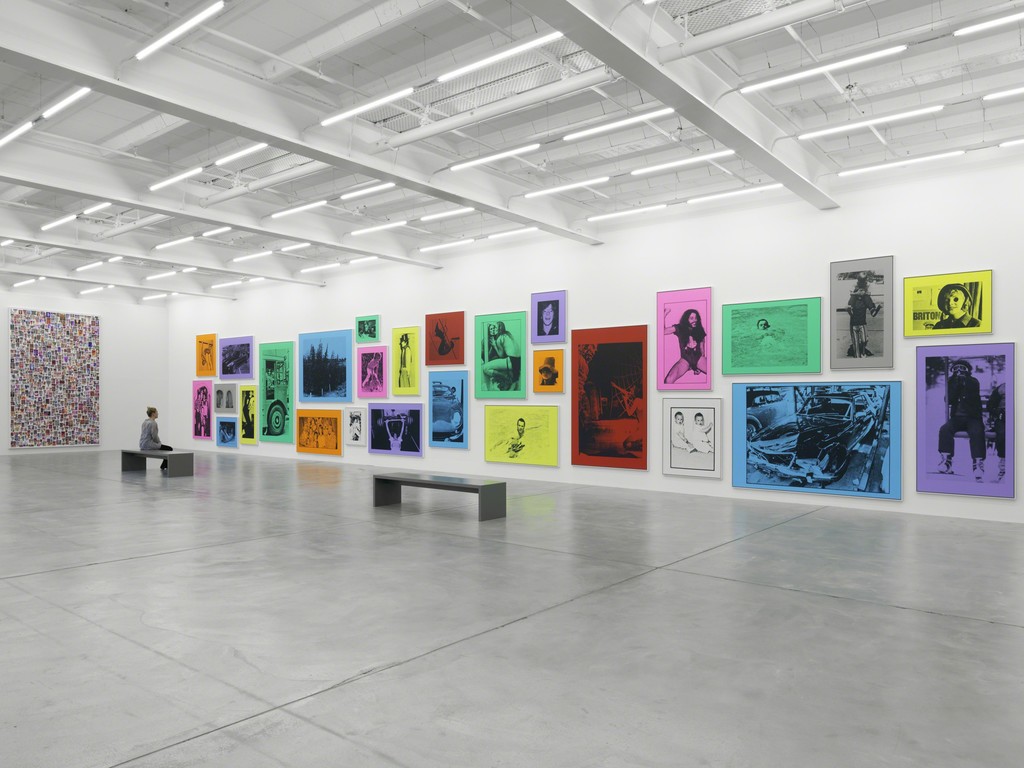 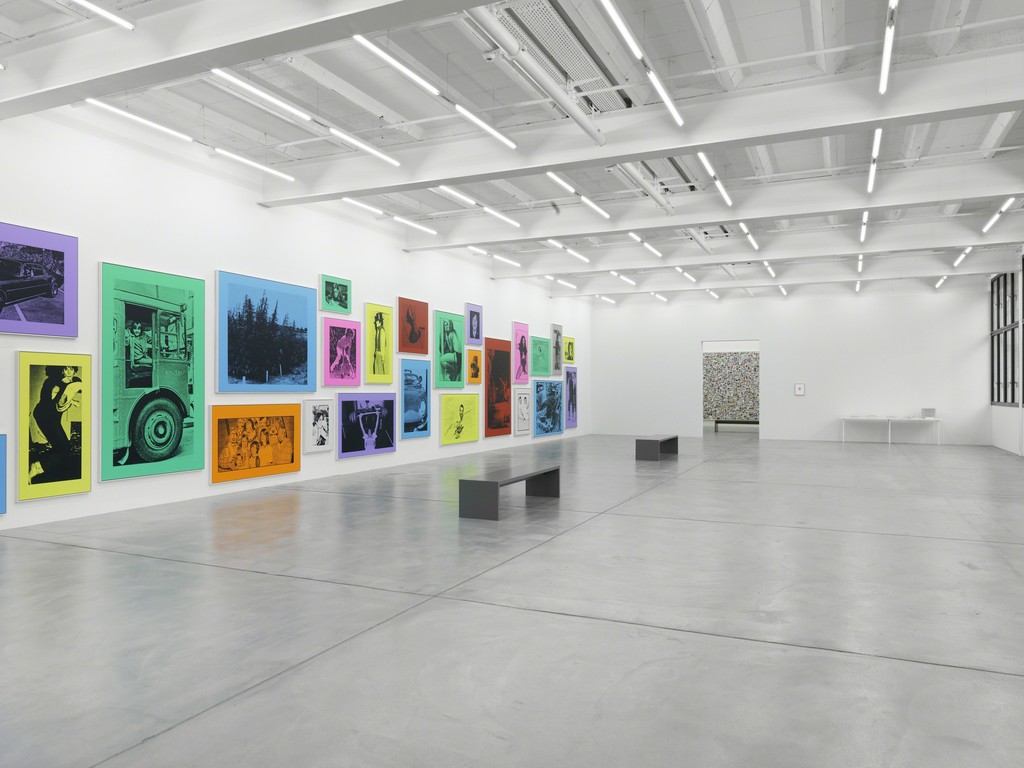 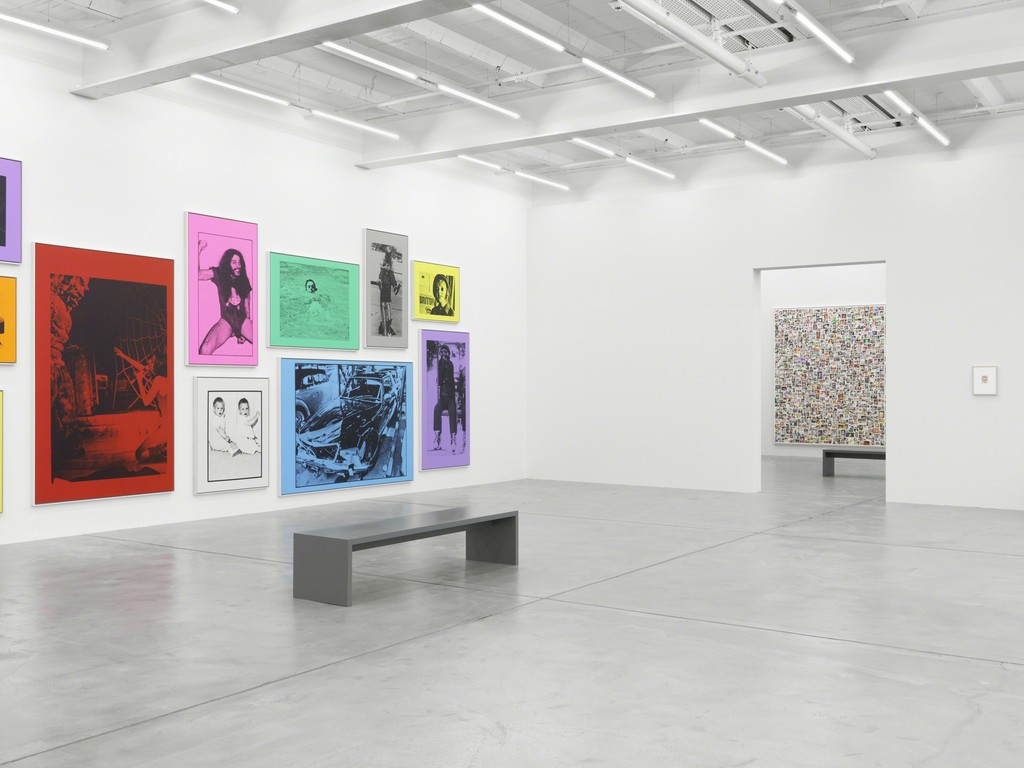 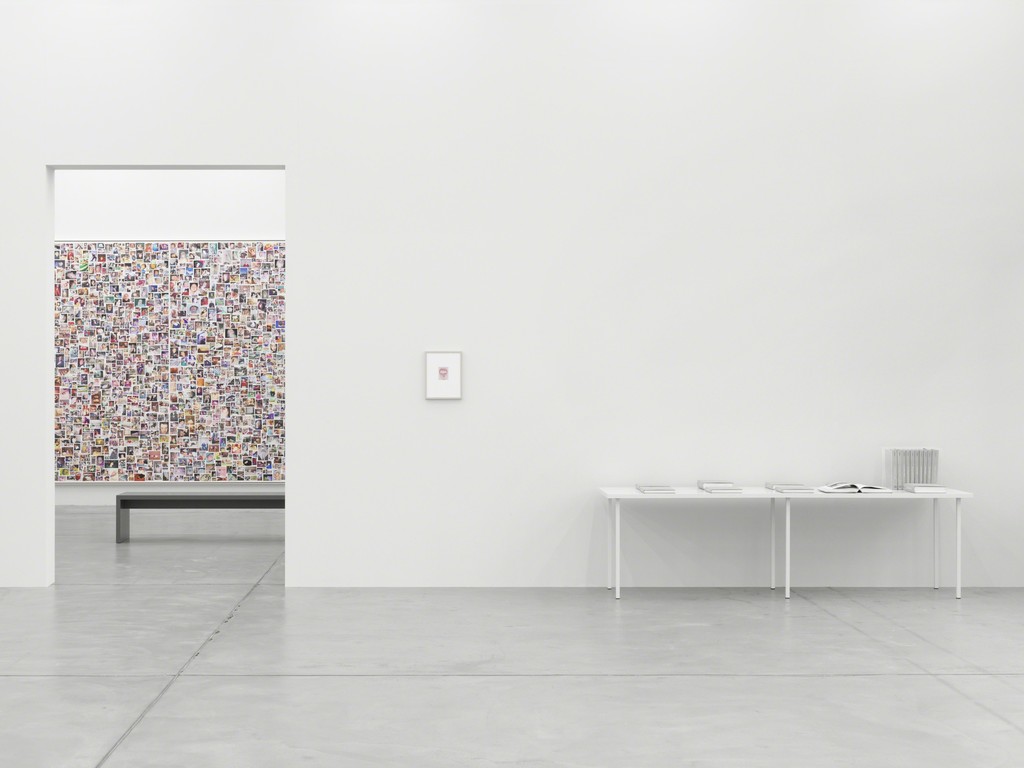 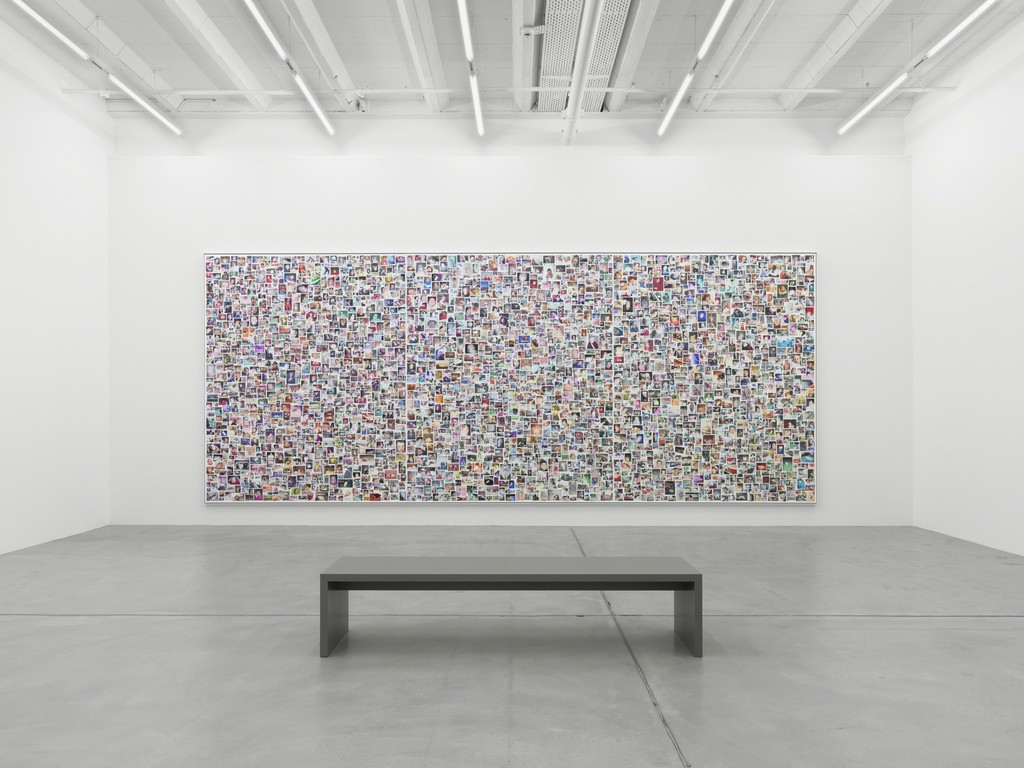 Galerie Eva Presenhuber is pleased to announce their fourth exhibition with the Canadian artist Steven Shearer.

Spanning from found photography to drawing and painting in different media, collage and sculpture, Steven Shearer’s work often pictures metal and rock influenced youth staging itself in heroic, sometimes angry, yet melancholic ways. Shearer sources his images from an almost infinite personal archive containing 70s fanzines, home-made albums, and today’s never-ending stream of amateur photography on the internet, showing mostly young people in rebellious postures. In his drawings and paintings, Shearer combines the iconography found in these images with resemblances of different canonical styles, such as Fauvism, Symbolism or Western Renaissance. The printed works on exhibition can be understood as an extension of the artist’s interest in figurative painting as the scale, rhythm and figure/ground relationships of the compositions are approached with a painterly sensibility.

"Printed works" focuses on Shearer’s work with images taken directly from the artist’s archive. Although all these pictures were made for publication in zines or on the internet, they were rarely if ever professionally staged. In the 70s the marketability of subcultures was not yet fully explored respectively established – a fact that links these often self-made zines to today’s jpgs culled from the internet, where pictures are published beyond any commercial use. Shearer documents and portraits this sphere with an ethnographic view thus bringing the unseen onto the stage. It is a sphere in which the distance between stars and fans, between rise and fall, remains quite narrow, and in which success – understood in a common sense of the word – is absent.

The silk-screens of "Geometric Healing no. 4" – the work the viewer first comes across – illuminate how close Shearer‘s work is to pop: He brings together the high and the low. But in contrary to historical pop-art, Shearer doesn’t reproduce the icons of the mainstream: The images in Geometric Healing were found in educational books for creating positive tactile experiences for children through craftwork. The children would be given visual cues in the form of modern art to try and direct them to a more orderly and "positive" direction. The textile and fabric collages echo some of these cues with references to the work of Josef Albers and Lucio Fontana. For the artist, there is a play in the work between a kind of vulgar modernism in the flatness of the mechanical reproduction of the design and the lost texture and layering of the original compositions made with discarded fabrics. The work also plays with the idea of decorative vs functional forms with the assemblages and their colored grounds alternating between garish and subtle and compositions that appear to be unselfconscious or highly stylized.
"Wrong Reflection", though not silk-screened, shares this overall impression. Combining snapshots of rather private appearance, also taken from his archive, Shearer once again focuses on recontextualizing rebellious, ephemeral culture. Although the connection between the single pictures is not always clear, one gets the overall impression of a distinct whole.

In works like the triptych "Sleep II", the connection is more obvious: sleeping people. Despite their sheer quantity - nearly 2500 images from Shearer’s collection of approximately of 7000 images - and their differences regarding formal features, the pictures are arranged with each one within the clear frame of a white border, underlining their respective integrity as individual pictures. Taking a closer look at this flood of pictures raises questions. No one here is in a usual sleeping position. So why are they asleep? Or did they pass out? The delicate mysteriousness of the pictures is created by the fact that they echo the figuration found in religious painting and sculpture. The orientation of many images have been rotated to create the subtle effect of the figures bodies defining gravity or released of their earthly bonds.

A single drawing amid the printed works connects Shearer‘s archival works to his paintings and drawings. "Sleeping Head" reveals how Shearer uses his archival material to produce an imagery that juxtaposes the everyday with what appears as canonical styles.
"Parts & Wholes" seems to be a direct comment on these enigmatic combinations, presented in clear grids resembling google search results. The work shows pictures of bands and band members, as well as arms, body-parts, and a picture of Karl Lagerfeld. It seems to ask the question what mysterious link brings together lists and collections in general.
"Xmas trees III" shows a collection of christmas trees that Shearer connects to his oeuvre with a single gesture: The Christian symbol is inverted. A single flip creates a rebellious attitude within a motif that represents what might be understood as the center of the Christian core-family.

The ephemeral nature of the pictures he uses, is part of a concept that doesn’t stage a certain everyday culture, but rather takes the culture‘s authentic outcome and transfers it into the context of art while always being aware of it’s origin, as well as of the new context. The authenticity of showing these pictures without irony lies especially bare when Shearer uses snapshots from his own youth, revealing that he is – or was – part of the culture he brings onto stage. Walking through "Printed works" combines different and similar works according to the perspectives in the gallery space. Views from different angles combine with the works on view to show that they themselves are also parts of a bigger whole. Shearer’s archival books presented on shelves give an insight to this whole: His ongoing work of collecting and archiving.

For further information please contact Andreas Grimm at the gallery.