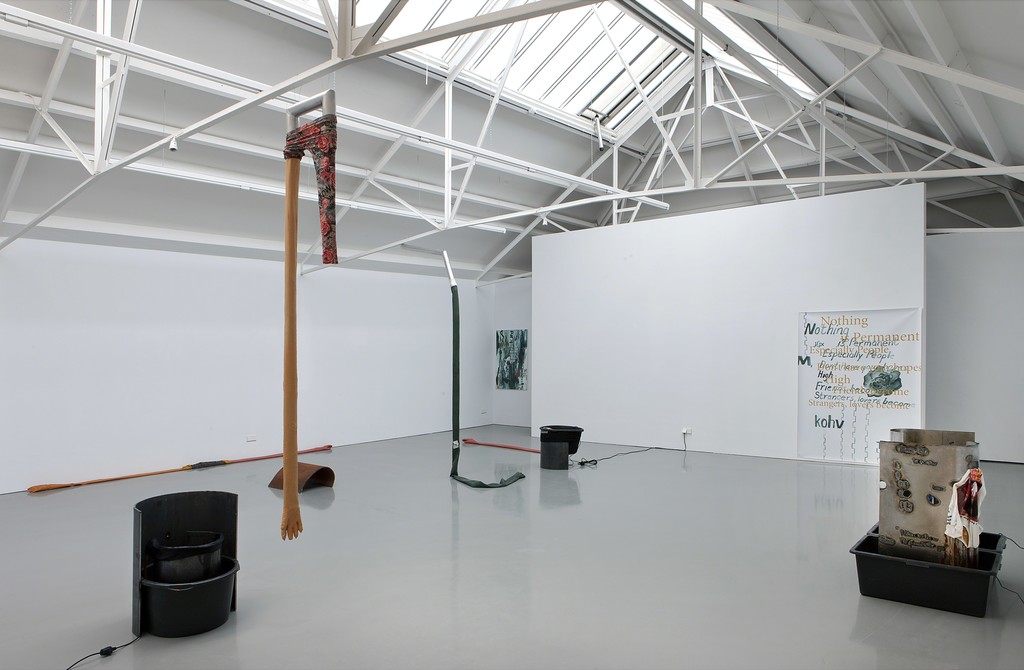 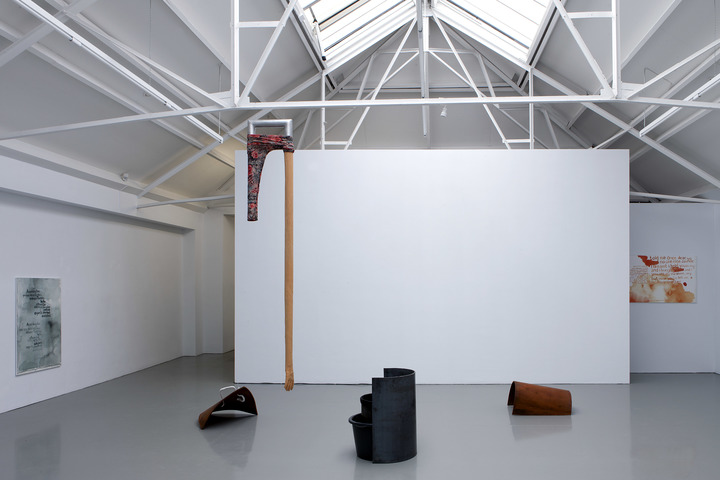 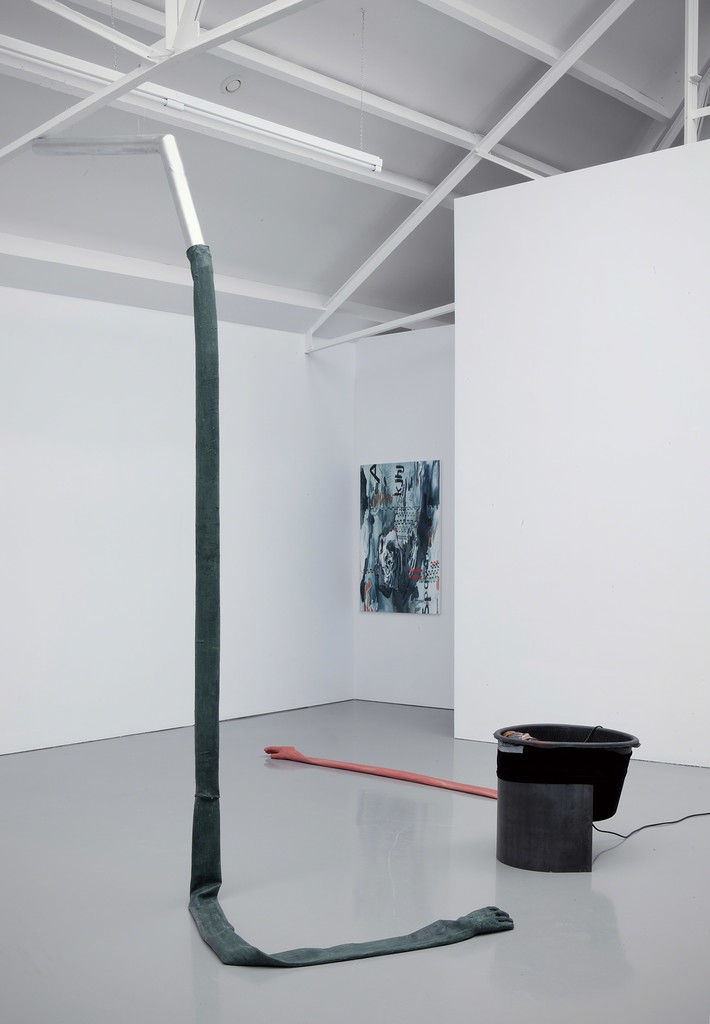 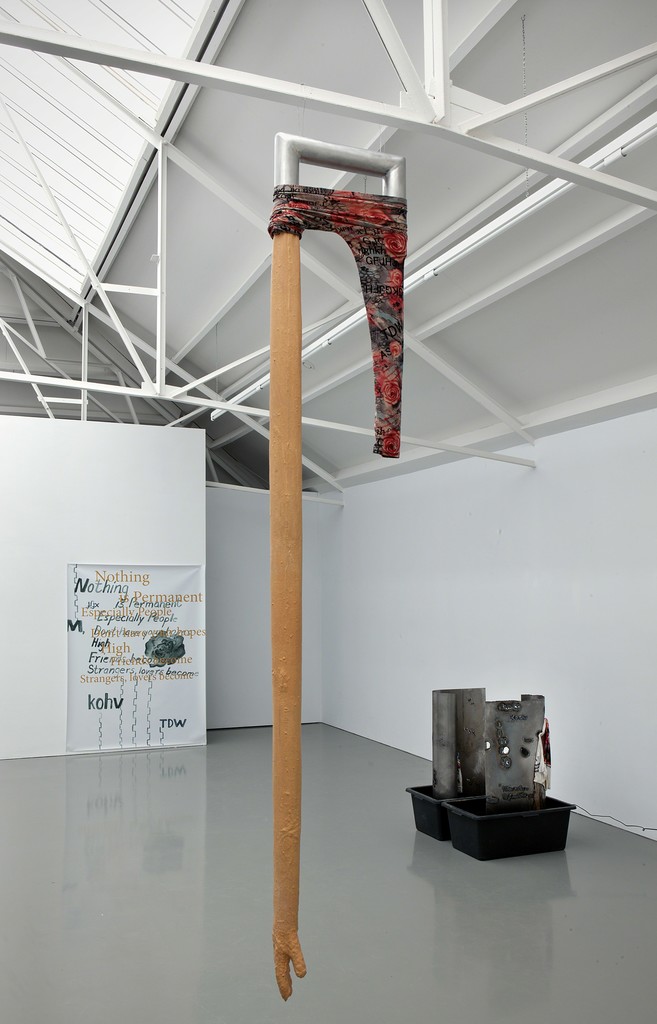 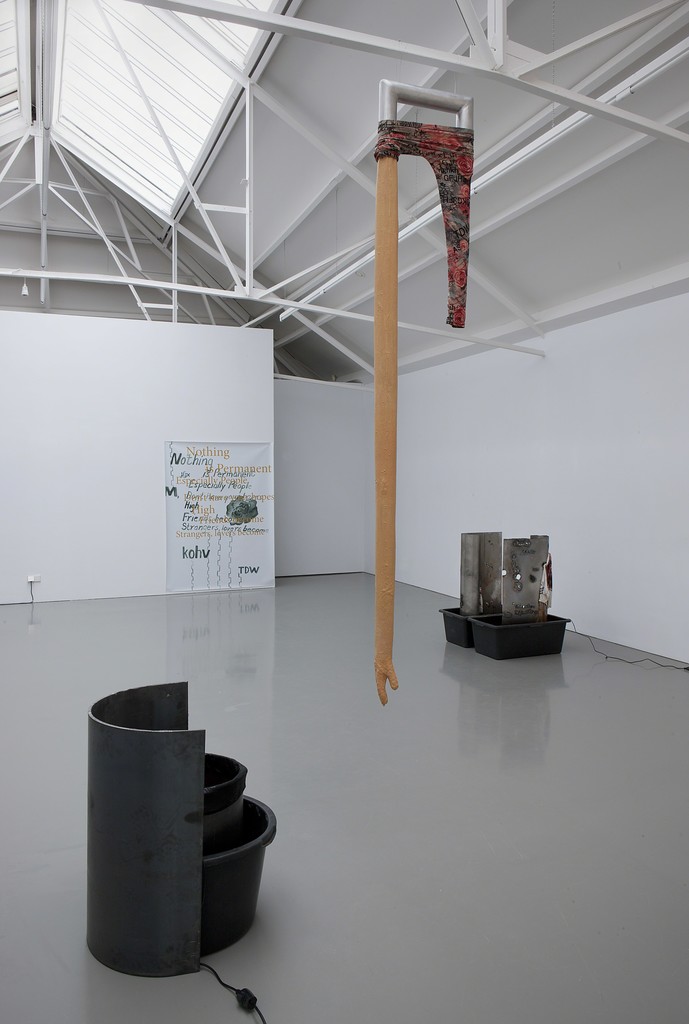 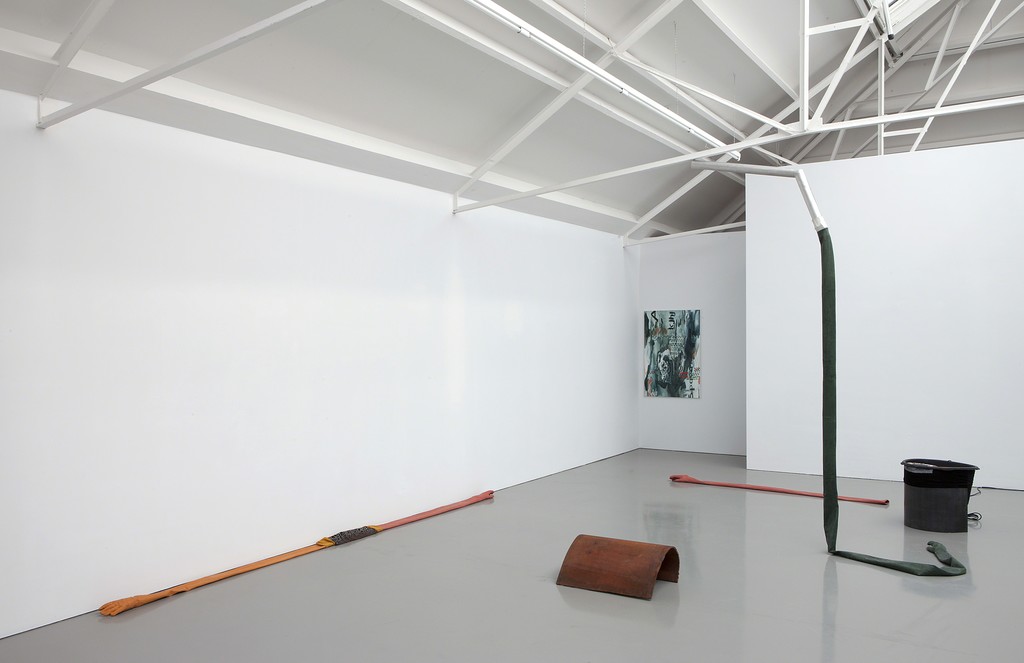 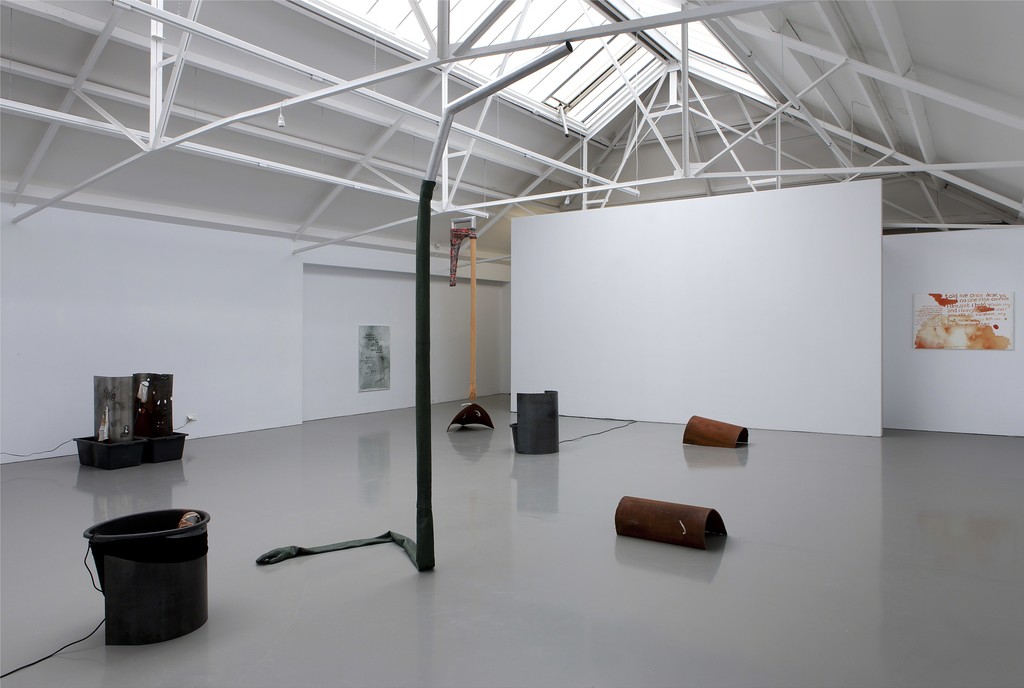 Galerie Fons Welters is proud to invite you to ‘Body of Work’, Olga Balema’s first solo exhibition at the gallery. While the title ‘Body of Work’ suggests a sense of unity and entirety, encompassing perhaps her oeuvre, method and style; it’s actually fragmentation through translation and its impermanence that seem to form its core – both conceptually and materially.

Imagine meeting someone for the first time, wearing a t-shirt that says:
Nothing is Permanent
Especially People. Don't have
your hopes high, Friends become
strangers, lovers become.

Is the sadness expressed here a reflection of the person wearing it? Or are we not meant to understand what it says at all, is language a mere decorative stand, reflecting pop culture and social media one-liners? Balema first encountered such T-shirts and slogans – dealing with loss and temporality – in Shanghai. Their incorrect grammar and spelling seem to stem directly from an automatic translation tool; the origin of its grim content however is more perilous and strangely mesmerizing. As if the moment these (usually) personal emotions are brought into a more public sphere, they become awkwardly uncomfortable, conveying a sense of sadness and melancholia that is almost inappropriate.
This grim decorative language, the literal and direct translation from Chinese to English (much like Chinese and Japanese signs are used out-of-context in Western fashion) and the more conceptual implications of this gesture, return in different guises in the works of Balema. Long latex arms hang loosely, almost exhausted, over the roof construction or curled on the floor. Together they form a connecting thread throughout the space, like a human touch or possible mannequins.
Rusty steel chunks dispersed through the space, appearing first in fountains that continuously soak leggings and t-shirts in rusty water, then in combination with 3D printed versions of said leggings and T-shirts (almost serving as giant displays? Simultaneously functional and decorative?)
Their spontaneous forms are mirrored in the loose textual cut outs, as if someone left an anonymous tag on these apparently abandoned objects. As rust sets in, they’re doomed to decay. In another series, consisting of prints with water colored texts and patterns, the non-functional loaded texts become decorations for suppressed emotions, while the materiality references its impermanence.