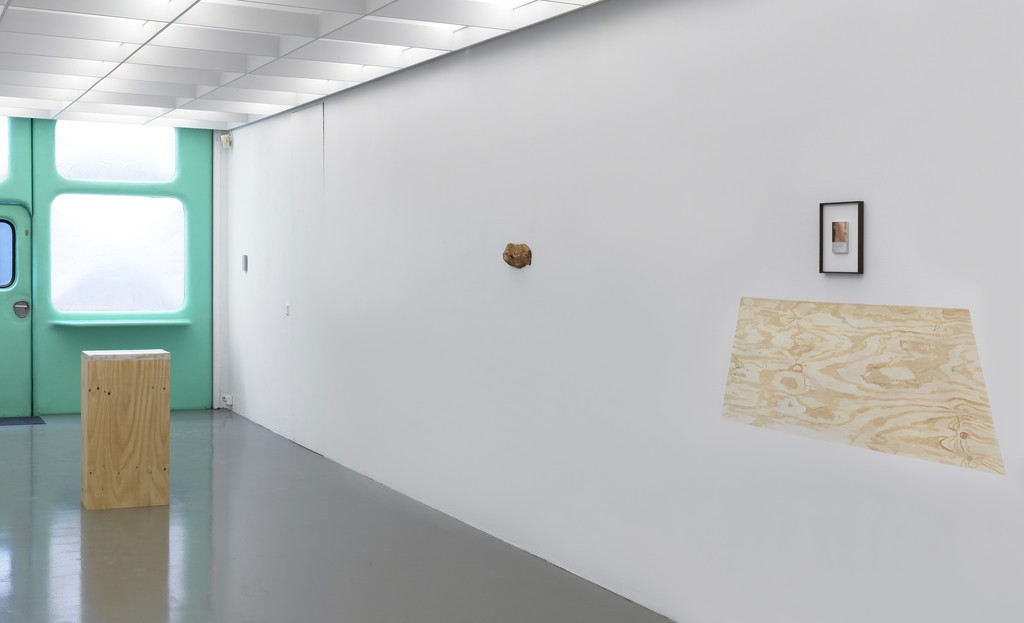 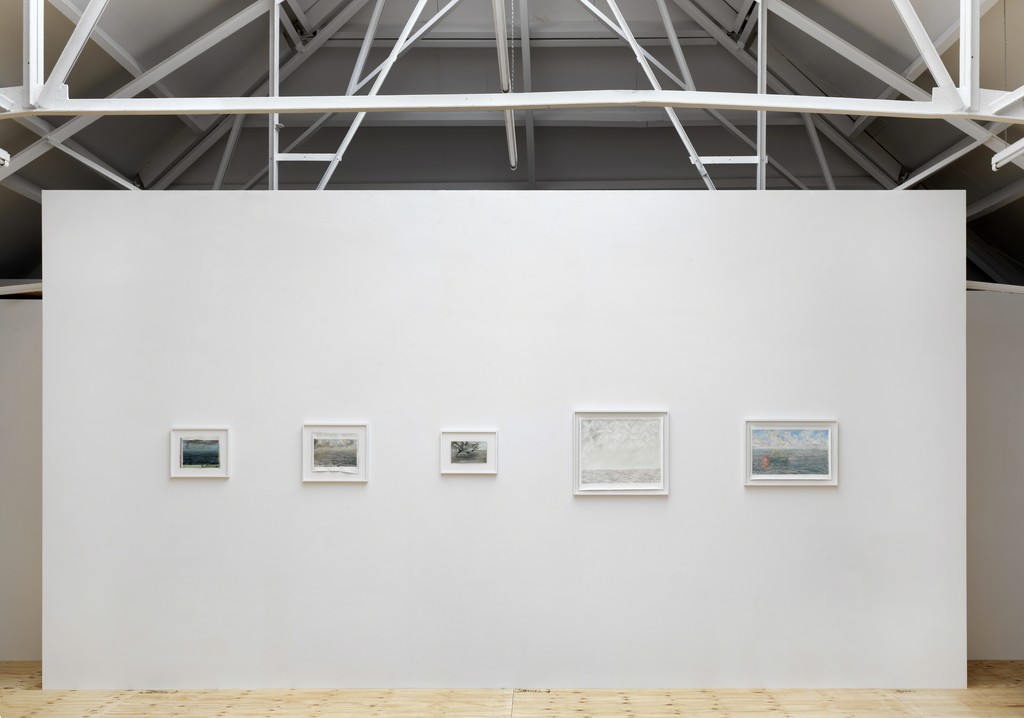 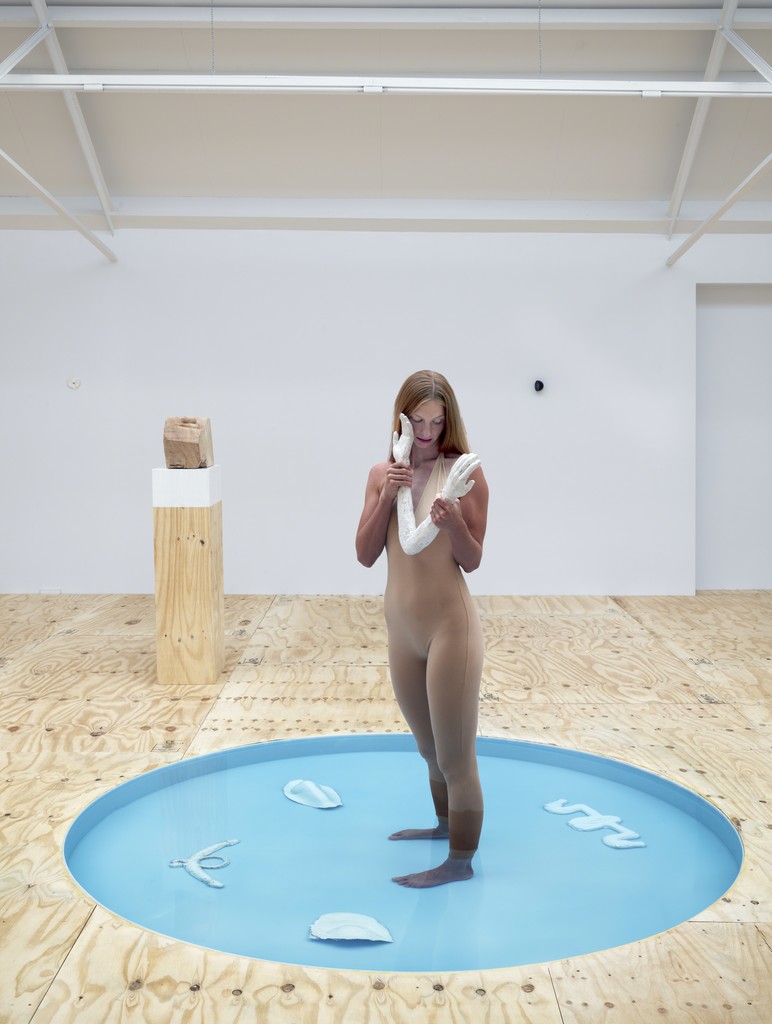 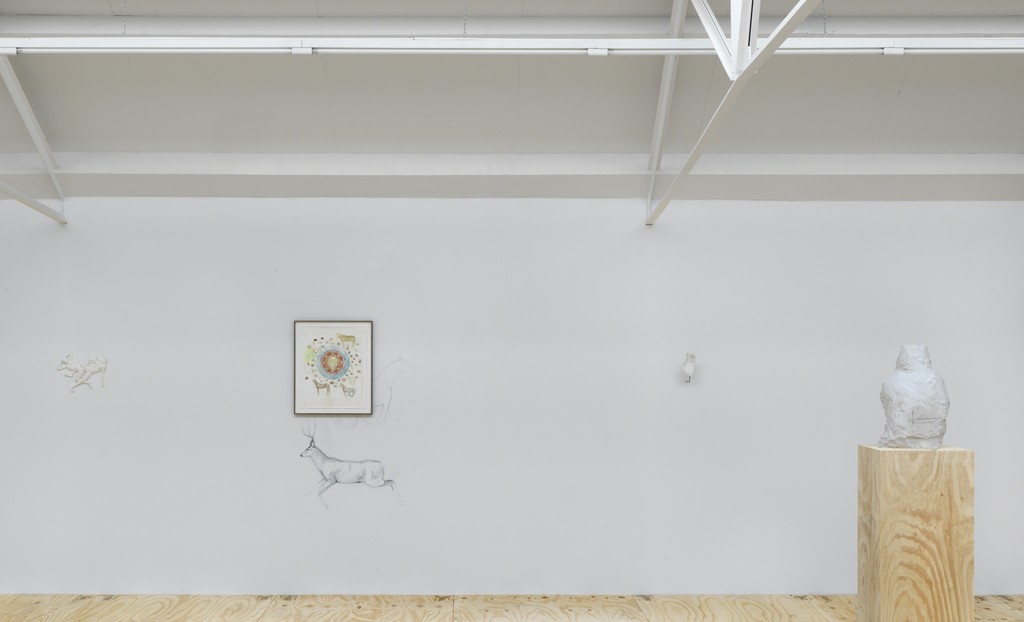 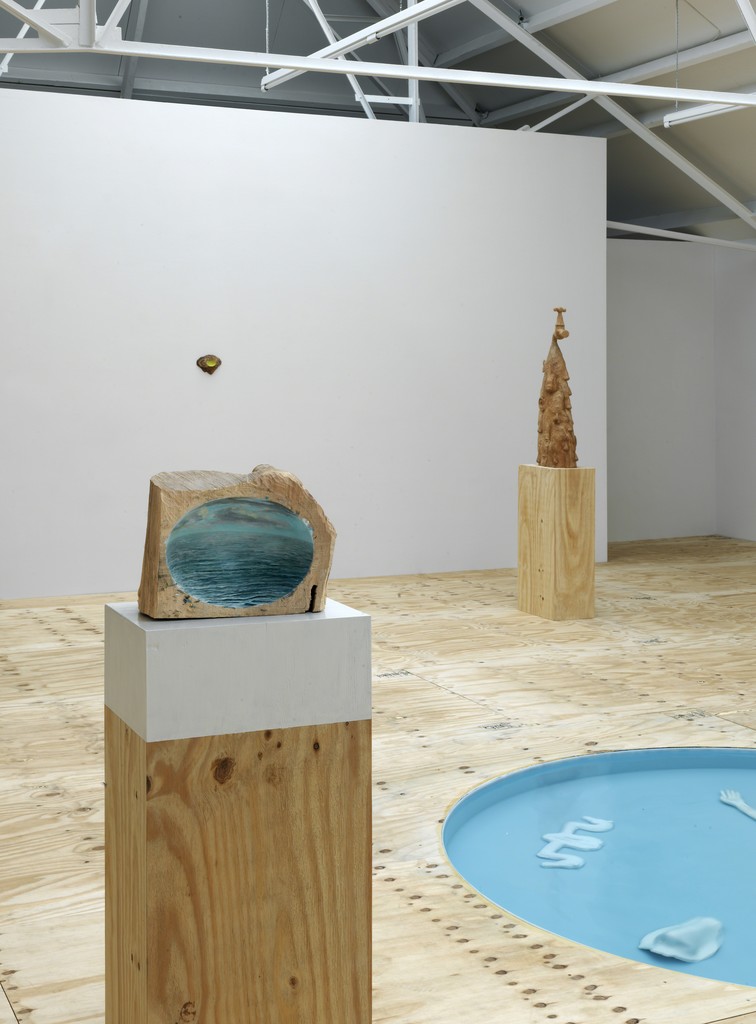 One can hear the sea’s waves rolling onto the shores by simply holding a seashell up to one ear, as if the seashell reveals a memory of where it once came from. In Femmy Otten’s work ‘Sea Spoon’ (2008), one can encounter the sea on the inside of a wooden spoon. Delicately painted – closely resembling those seventeenth century seascapes – it draws you in and makes you forget it’s just a spoon.

Now, several years later, the sea has returned to Femmy Otten’s paintings and installations. In her studio in The Hague, it’s not only just around the corner – a five-minute walk away – but present too: leaning on an easel, on several un-stretched canvases pinned to the wall, inside a hollowed out wooden block. For her solo exhibition at Galerie Fons Welters, Otten transposes this carefully composed universe to the gallery space, where it shapes up into an atmospheric environment around a simple round pool of water. This pool brings to mind those youthful summer days, splashing around in the garden, in a little inflatable swimming pool, not a worry on your mind, naively unaware of the naked body.

Around this pool, Otten’s seas are gathered. They are classic, there is no doubt about it. But where the Dutch seventeenth century painters’ seascapes conveyed a message of power, of human control over the waters, speaking of their country’s overseas commerce, Otten’s waves only at first sight tap into that tradition. A straight horizon just above the centre of the painting, the brushstrokes sharply capturing the light shining through the clouds onto the waves. Shore, ships and land are all absent. Two vast quantities meet. Just as the sea inside the spoon is strongly encapsulated in its wooden frame, these seas are confined in their framing. Here and there, the sky slowly adopts the waves’ moves and mysterious signs, in bright colours, appear. Though the sea is quiet and in balance, it’s an equilibrium that brings to mind an imminent unrest, about to burst out of its strict framing. It’s times like these, you’re forced to look again. The sea reaches us on a daily basis as a dangerous escape route. The sea is still a sign of power and, now, brutal illegal commerce.

The youthful naivety (reflected in the show’s invitation image) is gone and replaced with a strange solitude that is somehow disturbing and tranquil at the same time. Upon entering this environment, we feel at home, yet past, present and future seem to lose their validity as terms for understanding. A strong sense of removal hovers over these paintings and sculptures. A removal that is located in time and style. It’s tempting to define this removal as a melancholic yearning for past times. Caught between the process of emergence and petrification, her figures, landscapes and symbols however evade both our contemporary and past vocabulary, and demand a more associative reading of what is and could be, of here and there, of man and woman.

Climbing on top of her studio’s roof, Femmy can see the sea and the famous Dutch skies. One can imagine being drawn into this landscape, hypnotized, seeing the sea as both familiar and new each time; dark and threatening or calm and soothing. One can imagine disappearing into her painted seas and skies, being taken in, and still not being anywhere, nowhere at all.