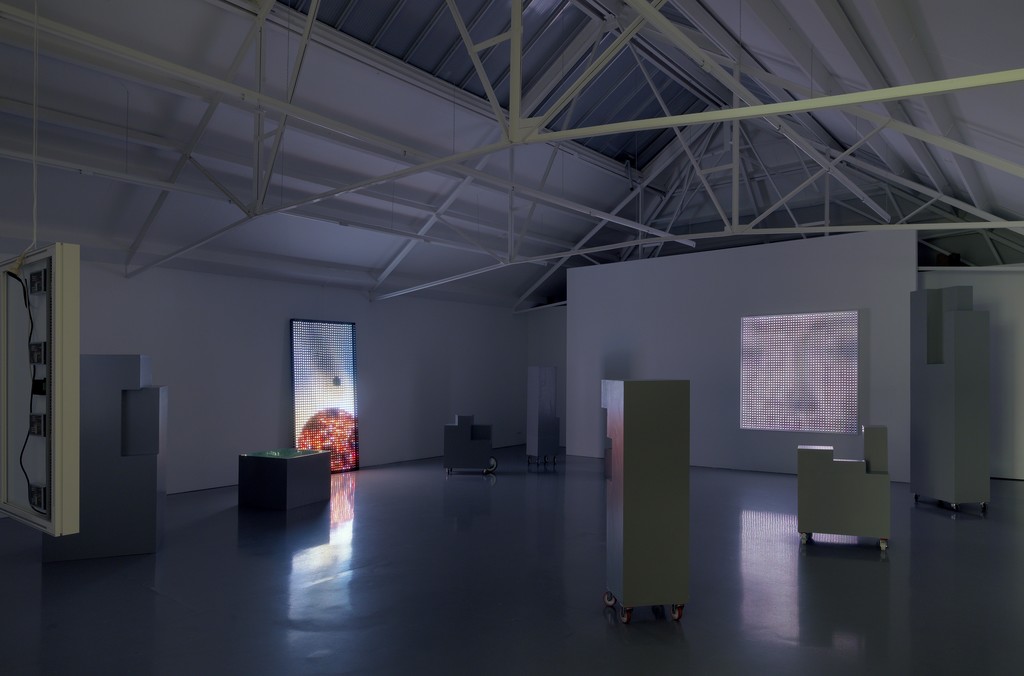 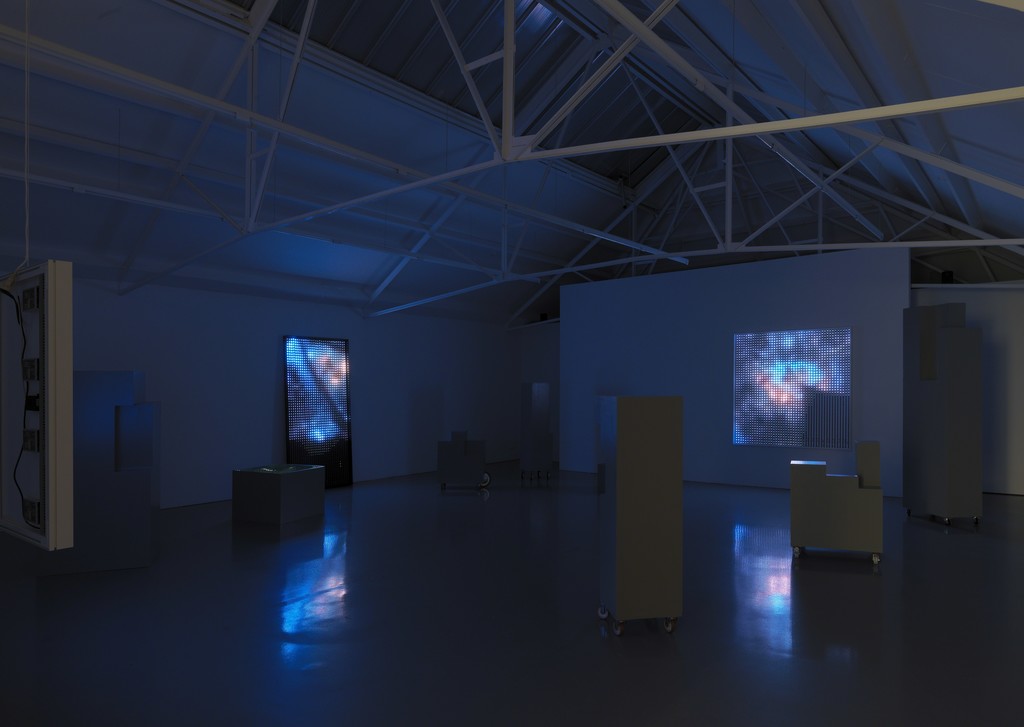 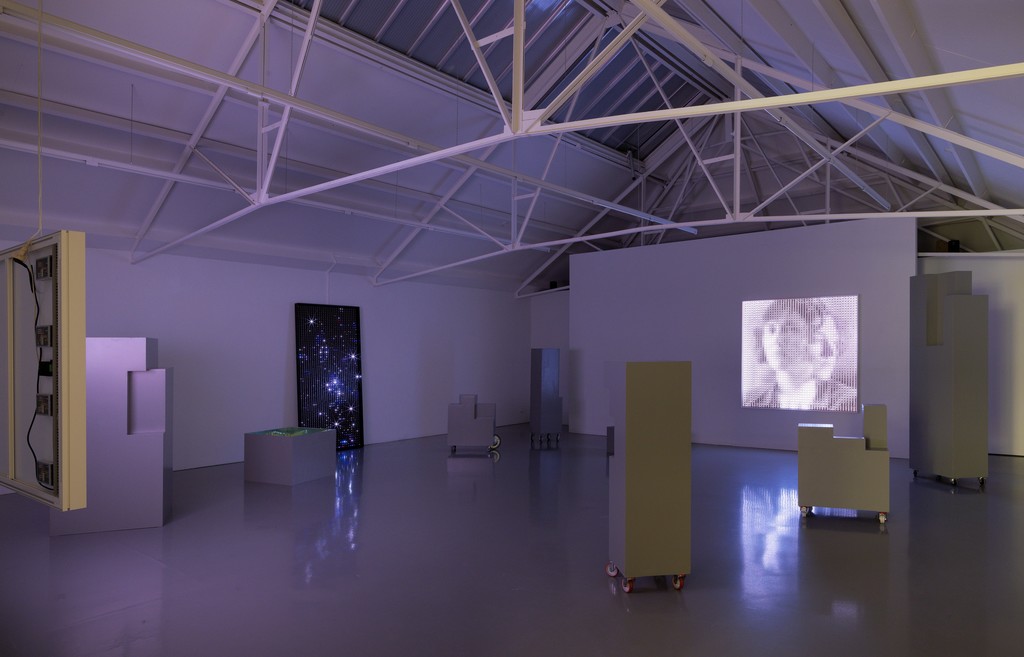 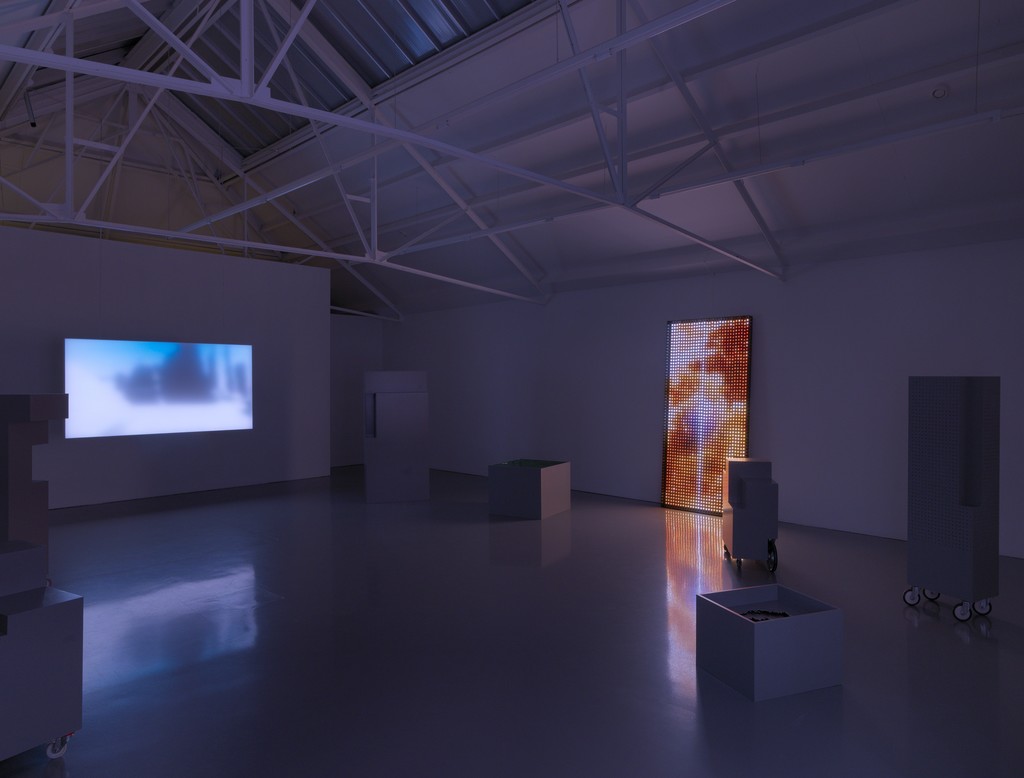 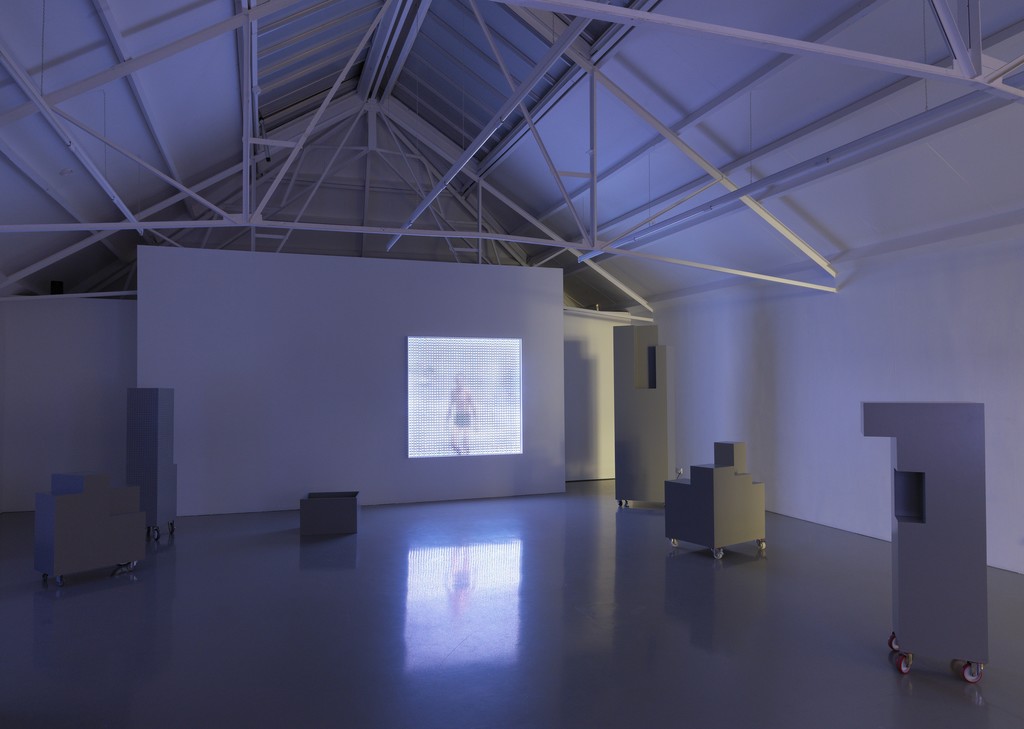 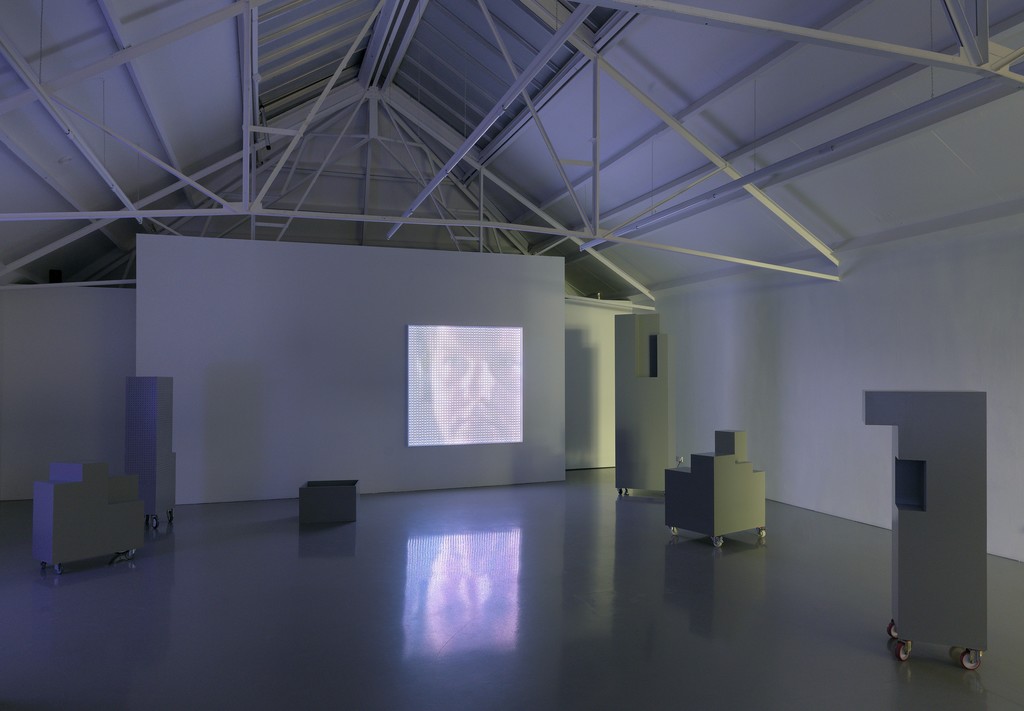 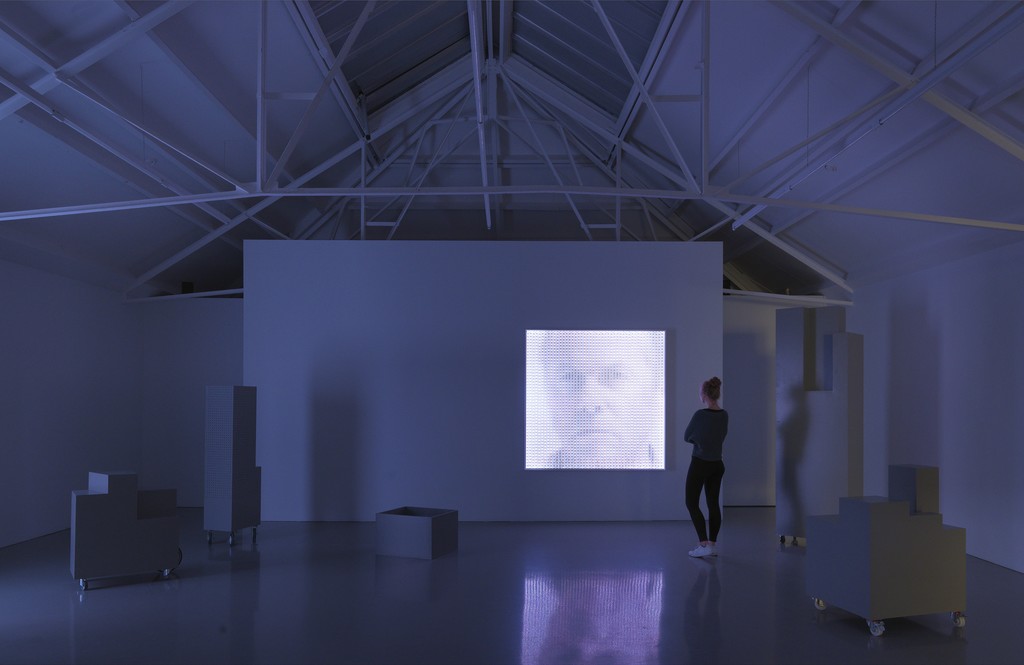 Reduced to a hundred colored spotlights, an empty stage and film soundtracks, Gabriel Lester’s 1999 installation How to Act created a full blown cinematic experience. Without any pictorial imagery, nor an explicit narrative, a precise composition of alternating stage lights, soundtracks and set noises, evoked the sensation of being part of a cinematic experience. Moods of mystery and suspense filled the stage that nonetheless remained empty.

This ‘zero-cinematic’ experience returns in Lester’s new installation for Galerie Fons Welters. Here, a similar play of atmospheres and suggestions of a narrative setting are now generated through three ultra low resolution screens. These highly pixelated LED screens almost automatically obscure any imagery from a direct reading. Looking like fainted memories, there’s an almost immediate hint towards the speculative powers of the medium and –in an equal vain – to the beholder as well. Moving from a somewhat video impressionistic work (simultaneously on view at the Van Gogh Museum), Lester now created three new montages of both own and found footage, dealing with (and doubling through content) exactly this speculative nature of the medium itself. Notions of magic thought, outlandish events or appearances that Lester explored through his earlier cinematic installations, are concretely formed into a science fiction-like meditation. Amongst others making use of the vast online available footage of guesstimates on extraterrestrial life and space travel, the three films function both as autonomous works as well as part of a series that departs from the conventions of the science fiction genre. The films as such reference mankind’s rich ability to imagine and represent the unknown, as well as its nature to fear and reject what is strange, unidentified and unfamiliar.

While our eyes try to adjust to the low resolution screen, blinking and looking through our eyelashes in expectation of clarity and narrative understanding, we cannot simply decipher and read these images. Yet, through a process of recognition, trying to find discernable elements from the filmic genre, we project what we know and expect on to the individual film, from one screen to the other in the total installation. In these three films, Lester fetishizes the idea of atmospheric manipulation, by making us regard an image we cannot read, nor with any degree of certainty, describe. Here the speculative nature of the films’ subjects – the alien life forms and the unknown universe – is rendered as visual speculation of and in itself.

To celebrate the launch of Gabriel Lester’s new monograph Forced Perspectives designed by Irma Boom, Lester will perform his most recent work The Remains during the opening on Saturday 13th of June. Taking its inspiration from Samuel Becket’s theatre play Krapps last tape, Lester enters into a dialogue with another self in another dimension, where the few survivors that have managed to escape the planet are in a state of shock after an uncertain disaster. Here a narrative is forced into a perspective in which personal biography and memories encounter a present self.

Forced Perspectives combines documentation of Lester’s major works realized between 1999 and 2014, pairing artwork documentation with views behind the scenes of the physical construction and installation of the works. The book is designed by Irma Boom and contains essays by Lee Ambrozy, Philippe Pirotte and Vivian Sky Rehberg. Forced Perspectives is published by Sternberg Press.