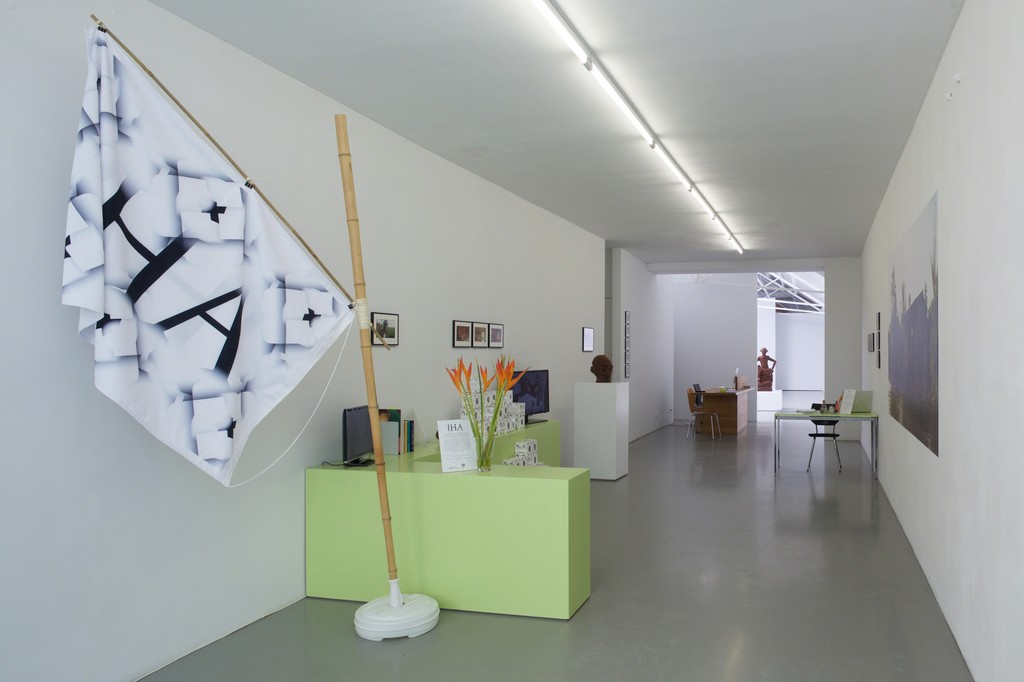 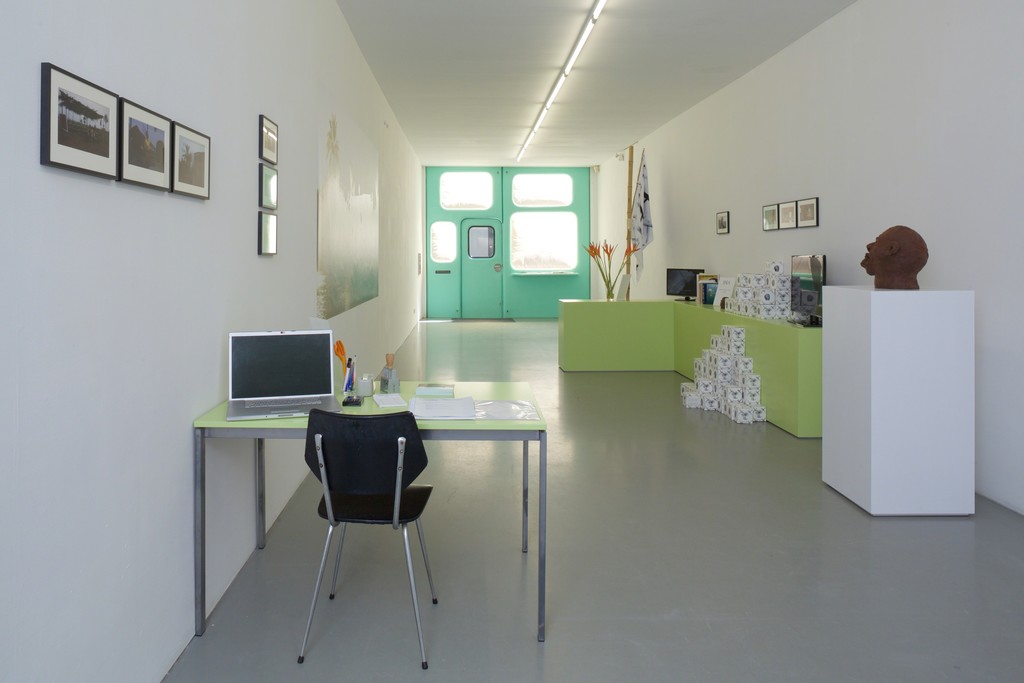 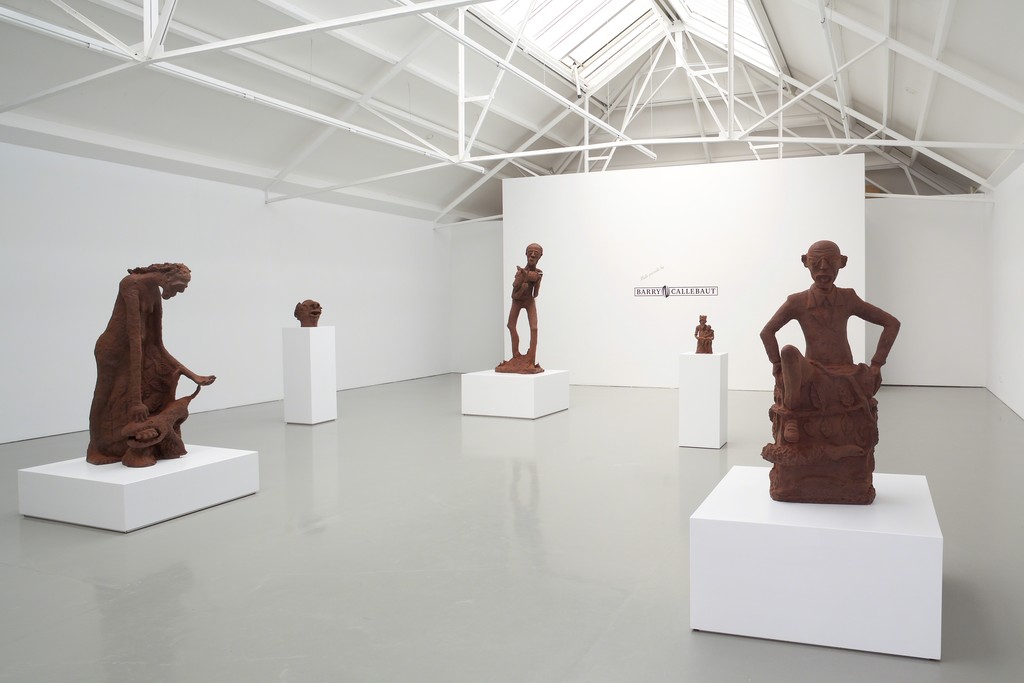 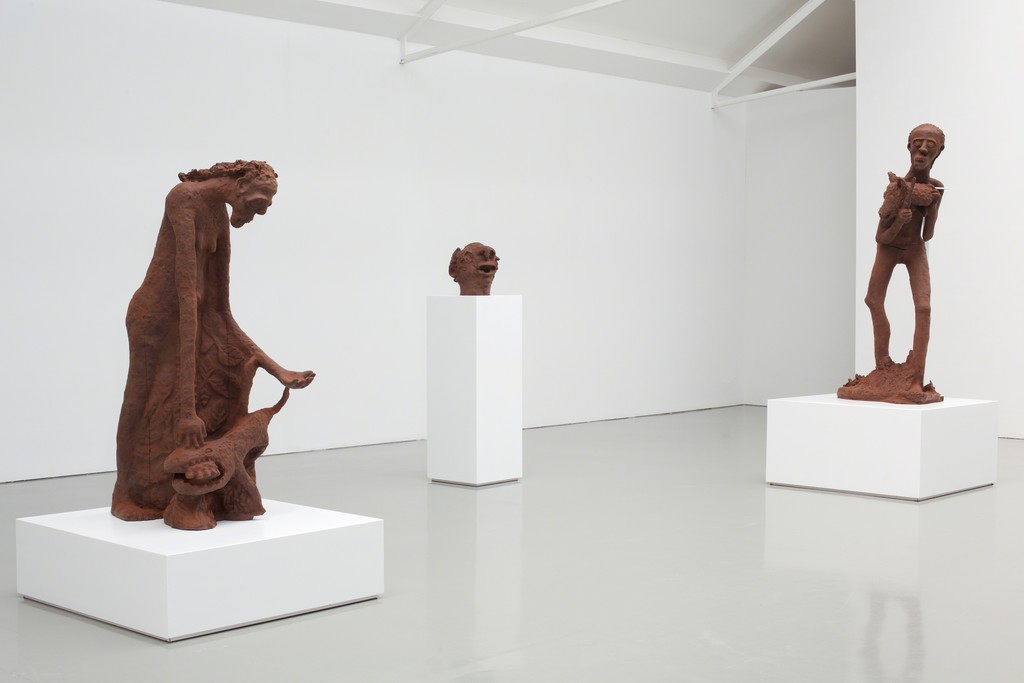 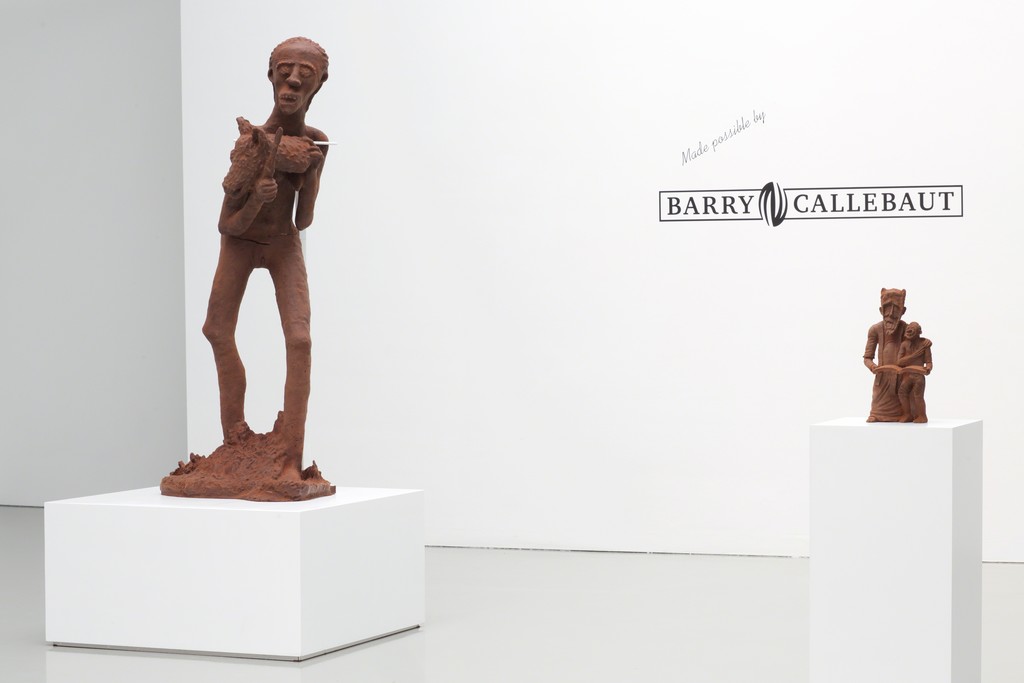 Renzo Martens's conceptual documentary 'Episode 3 – Enjoy Poverty', which premiered in 2008, takes its viewer on an epic journey through the Congo. Shot according to a precise script with Martens as a protagonist, the film establishes that poverty itself is Congo's most lucrative export product. But, as with more traditional African exports, it is not the poor—the suppliers of the raw material—who benefit from this new commodity. Since its premiere, 'Episode 3 – Enjoy Poverty' travelled the world and has been shown in a variety of art institutions worldwide. Despite the film's wide reach and critical potential it did not however contribute to any actual material change in Congo.

This inspired Martens to found the Institute for Human Activities (IHA) in Congo in 2012.

The new institute observes a gap in criticality; socially-engaged contemporary art practices typically deal with labor conditions, migration and social injustice. This may well generate awareness, as well as possibilities for social equality, in for example Peru, the Parisian banlieues or Africa. However, more often than not, these notions remain confined to a symbolic level, only. On a material level these projects generate knowledge and beauty and wealth of the cities where these interventions are shown, discussed and sold: Venice, New York, Berlin, and yes, also Amsterdam.

The IHA aims to overcome this gap. In the Congolese jungle, on a former Unilever Plantation, the IHA founded its first settlement. Through its five-year Gentrification Program, the institute aims to not only enable symbolical reflection but actively deal with the terms and conditions of artistic production – embedded in an economic reality that includes global inequality. Embracing gentrification as a main product of critical art, the IHA aims to re-locate it as an effective and progressive tool, and bridge the gap between perception and intervention. One of the keynote speakers at the opening seminar of the IHA in 2012, portentously, was the infamous urban theorist Richard Florida, with his ideas about art as an engine for economic growth.

Not long after the opening seminar, the IHA was evicted from their settlement by Feronia, the Canadian company that now continues production on the plantation for Unilever. As a result of this eviction the IHA now operates from a new, secret settlement in the DRC.

From this new settlement, workshops are organized in the framework of the IHA's critical curriculum. A group of plantation workers has created elaborate self-portraits and sculptures, in collaboration with the Kinshasa-based artists Mega Mingiedi, Eléonore Hellio and Michel Ekeba. As part of the critical curriculum the workers talk extensively about their fears and dreams for the future, and work on forming critical concepts to talk about their sculptures and art in general. For example, Mathieu Kasiama introduced the word Fiofio, which in Kikongo translates as: "someone who brings ideas into the world" and is now used to indicate "creation."

Most of these workers earn less than a dollar a day and have no access to clean water, electricity or sanitation. Now they have organized in the Cercle d'Art des Travailleurs de Plantations Congolaises (CATPC). The sculptures of Kasiama, Mbuku Kimpala, Emery Mohamba Daniel Manenga, Cedric Tamasala, Dionga Bismar, Jeremie Mabiala and Thomas Leba reflect their lives and their relationship with the mystery of money—which some people appear able to create out of thin air, , and of which they themselves do not have any, or definitely not enough to feed their children. Their daily experiences and thus traumas, return directly in the sculptures they have created.

The original sculptures from river clay were scanned on location and digitally transported to Amsterdam, where molds were made and chocolate sculptures are cast from the same cocoa that plantations workers produced for the global markets throughout the last century.

For the first time in three years since the founding of IHA's first settlement, the chocolate sculptures will be presented in an exhibition exclusively dedicated to the IHA and the plantation workers. The proceeds from the sale of these sculptures go directly to the individual authors and the CATPC. By adding emotions to the chocolate the proceeds have manifolded with thousands of percentage points. Furthermore, several self-portraits were selected to be cast as a smaller multiple. The proceeds from the sales of these multiples aims to make the critical curriculum self-sufficient.

In this way plantation workers, who can not provide sustenance with plantation labor, will now be able to live from their artistic vision on plantation labor. A new settlement, but also a new agreement.

Artist Renzo Martens studied political sciences and art at the Gerrit Rietveld Academie in Amsterdam and the Koninklijke Academie voor Schone Kunsten in Ghent. Martens's work has been exhibited a.o. in the Van Abbemuseum, Eindhoven; Stedelijk Museum, Amsterdam; De Hallen, Haarlem; the 6th and 7th Berlin Biennials, Tate Modern, London; the 19th Biennial of Sydney; The Box, LA; Centre Pompidou, Paris; Kunsthaus Graz, Graz; Kunsthalle Goteborg, Gothenburg; Wiels, Brussel and Stedelijk Museum Bureau, Amsterdam. Based on his gentrification program and the Institute for Human Activities, Martens was appointed Yale World Fellow in 2013. The IHA has exhibited its work in the Van Abbemuseum, Artes Mundi, the Walker Art Center and the 7th Berlin Biennial. Parallel to IHA's exhibition in Galerie Fons Welters, the IHA will open exhibitions in KOW and Kunstwerke, both in Berlin.