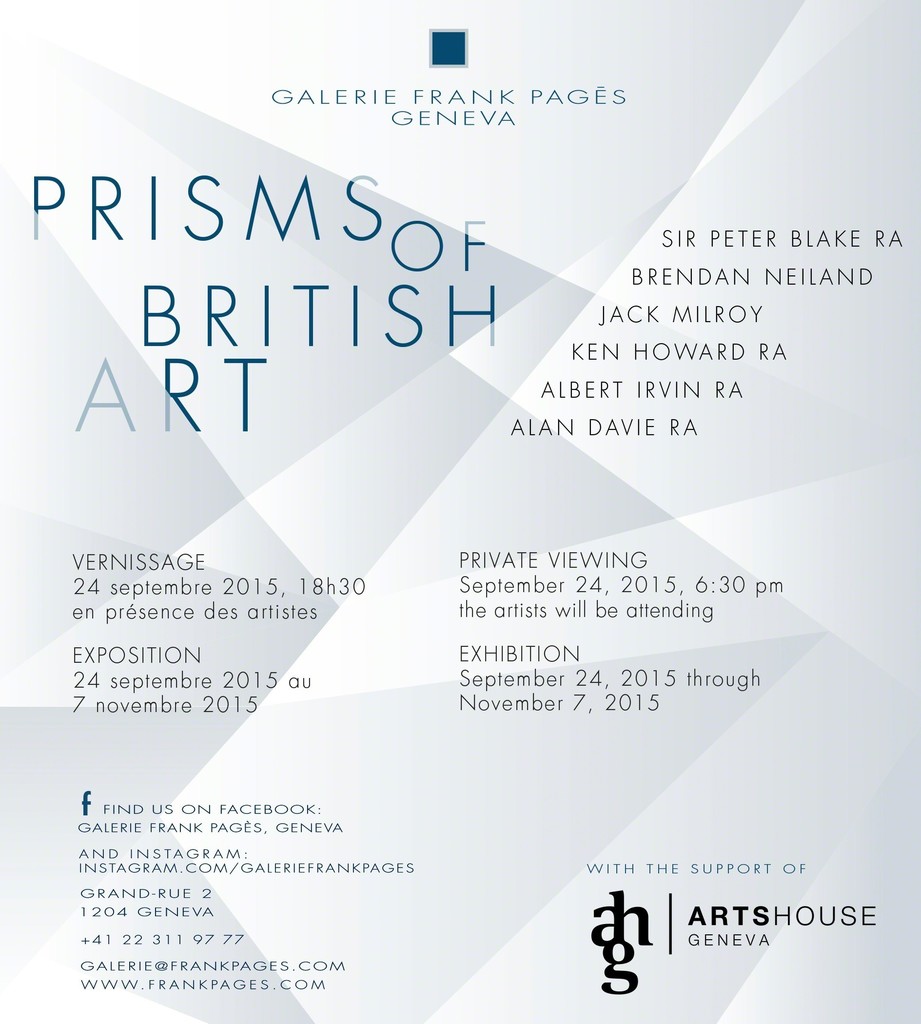 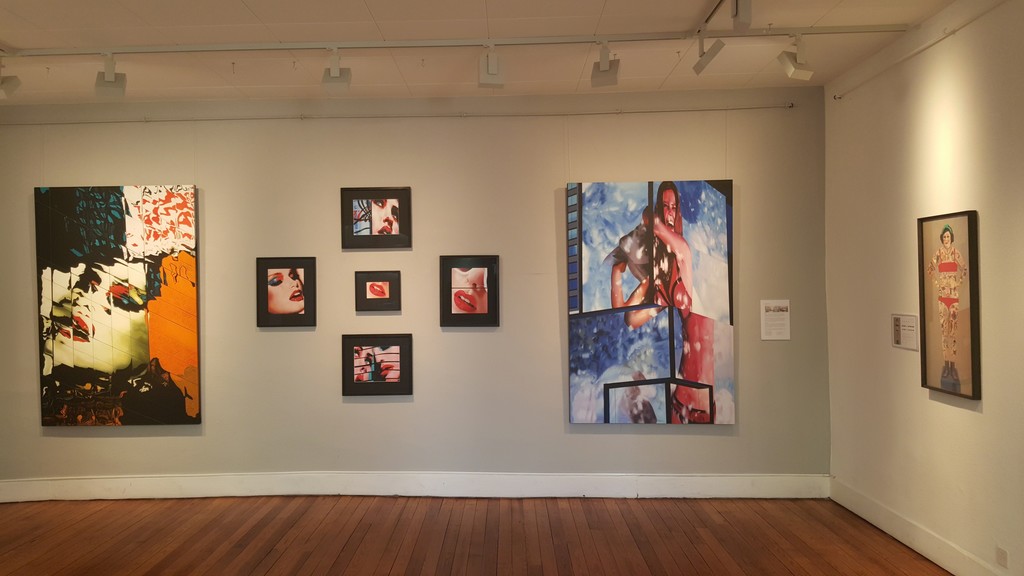 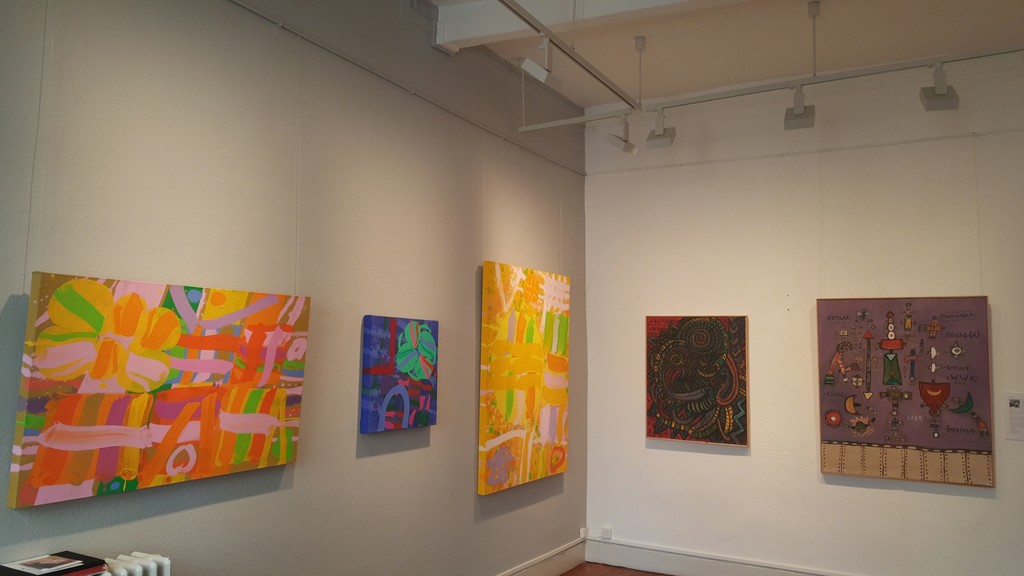 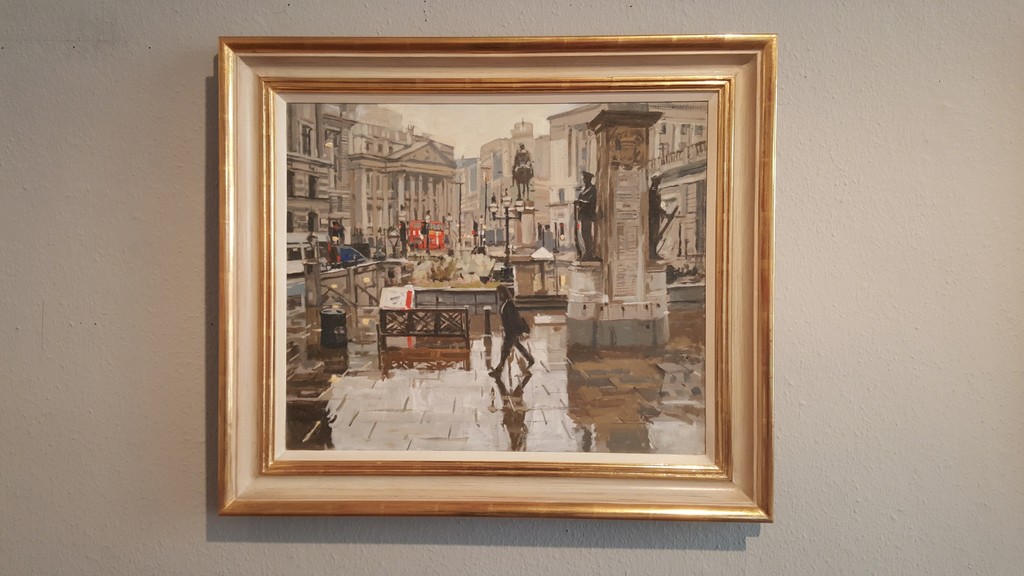 Prisms of British Art will showcase a prominent group of established British Artists who have been successful and active in the British Art scene for more than 50 years.

More and more we are see Galleries put on exhibitions, formerly the domain of the Museum, that raise questions, make connections as well as being commercial ventures.

They reflect different themes of British Modernism whose roots were described in the exhibition Blast to Freeze*, which was a panoramic survey of British Art in the 20th Century held in the KunstMuseum, Wolfsburg, 2002, which included Blake.

The main themes of British Modernism were attributed to the pioneering work of the Independent Group - painters, sculptors, architects, writers and critics who wanted to challenge prevailing modernist approaches to culture. They introduced mass culture into debates about high culture, re-evaluated modernism and created the "found object" aesthetic and some of their members were the forerunners of British Pop Art.

The artists exhibiting at the Frank Pages Gallery lived and worked in the context of these developments and their oeuvres reference this historic past. Blake and Neiland take inspiration from the City and the icons of popular culture. Davie rejecting Abstract Expressionsim following his own inner painterly journey, Milroy and Blake use the medium of the cut out and refer to artistic personalities both historic and contemporary. Whilst Irvin’s exhuberant canvases are a metaphor for life and its experiences.

Sir Peter Blake RA, CBE is a leading figure in the art world, often referred to as the Godfather of British Pop Art. Best known for the iconic album cover that he produced for the Beatles ‘Sergeant Peppers Lonely Hearts Club Band’. Blake’s work is inspired by his love affair with icons and the ephemera of popular culture. He will be exhibiting his new Circus Cut Out works and Tiny Tina the Tattooed Lady reflecting his continued love of the Circus.
Alan Davie, RA who died in 2014, spent half his time in St Lucia, a Zen Buddhist , sharing a surrealist vision with Miro, and an advocate of Jung, he created a synthesis of mythologies from a variety of cultures for a modern civilisation devoid of its own village myths. His works can be found in the Tate where he has exhibited.

Ken Howard RA, OBE, paints in a "traditional" manner, based on strong observation, draughtsmanship and tonal precision. The depiction of light is a strong and recurrent element of his work. Notable themes are the nude model in his studio, Venice and he has recently completed a Swiss body of landscape work reminiscent of the 19th century artists of the sublime. He will be exhibiting his Studio Work and Beach Scenes
Brendan Neiland, ex Keeper of the RA, is one of Britain’s foremost contemporary painters and printmakers represented in major museums i.e. V&A & Tate Gallery. He will be exhibiting paintings from his world of illuminated signs & images of Neon, Cowgirls and Lipstick found whilst wandering the urban streets of Singapore, Vegas and Costa Rica.
Albert Irvin RA, OBE was a prolific British artist, best known for his exuberant abstract paintings, watercolours, screen prints and gouaches. A range of paintings will be exhibited that span his 75 year career. A commemorative tribute is planned for Irvin, who died this year at the Tate in September 2015.
Jack Milroy, over his long career, has worked with diverse materials; illustrated books, maps, stamps, tubes of paint. He manipulates images, using precision scalpel cut outs set in plexi glass boxes that reflect monumental events eg. Garden of Eden and themes such as Death and Pollution eg Ophelia. There is a balance between the violent, the witty & the playful, the surreal and the fairy tale. His works are in private and public collections, i.e. De Beers and museums such as the V&A.
Amongst this venerable diverse group there are certain linking threads. They would have been aware of the Independent Group and this is very apparent in the work of Blake and Davie. Most are in their 80s and two sprightly nonagenarian died during the preparation of this exhibition. They shared the same life experiences, i.e. wars Irvin served and Howard was the official war Artist in Northern Ireland during the Troubles.

All, but Milroy who should be, are RAs belonging to that great institution the Royal Academy, part museum, part gallery, part school, financially independent, supported by 90,000 Friends. The RA puts on block buster exhibitions like Monet 1999; the eclectic annual Summer Exhibition and also in the past has shocked, Sensations Exhibition, 1997, of the Saatchi Collection that propelled the Young Brit Artists to their starry heights.

Most of this group, knew each other, were friends, Blake was Neiland's tutor at the Royal College of Art, were members of the Chelsea Arts Club and still work and teach producing vibrant bodies of work.