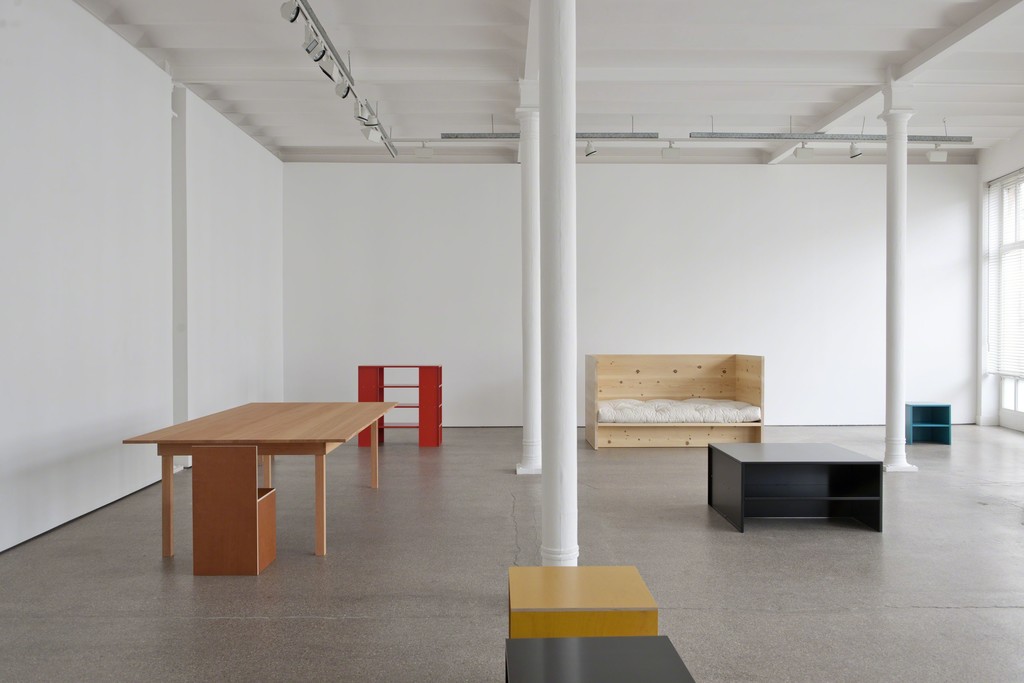 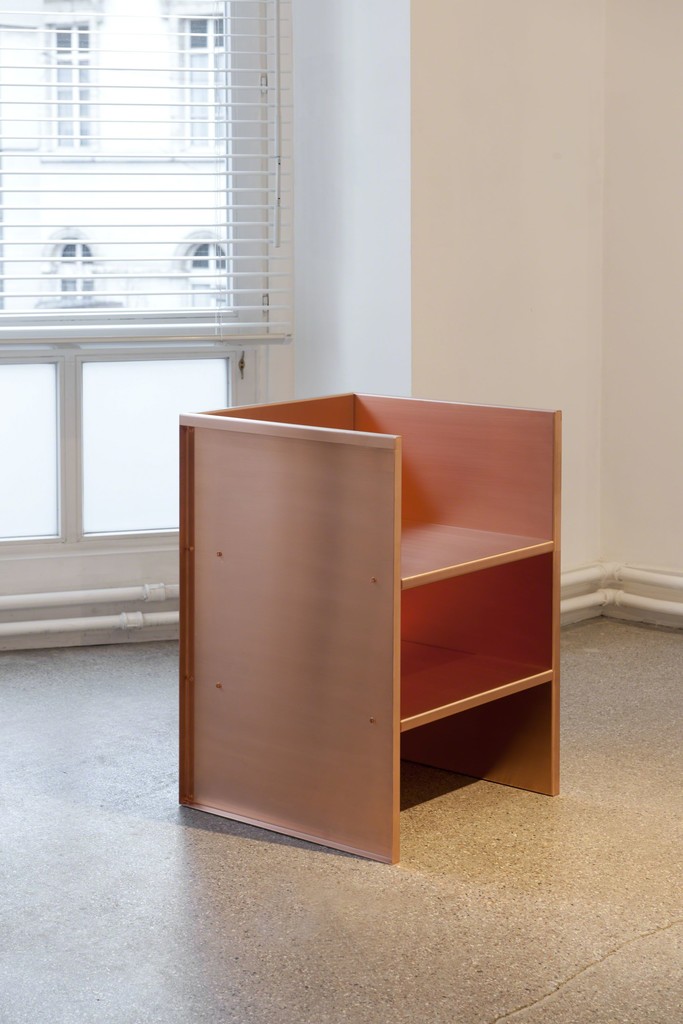 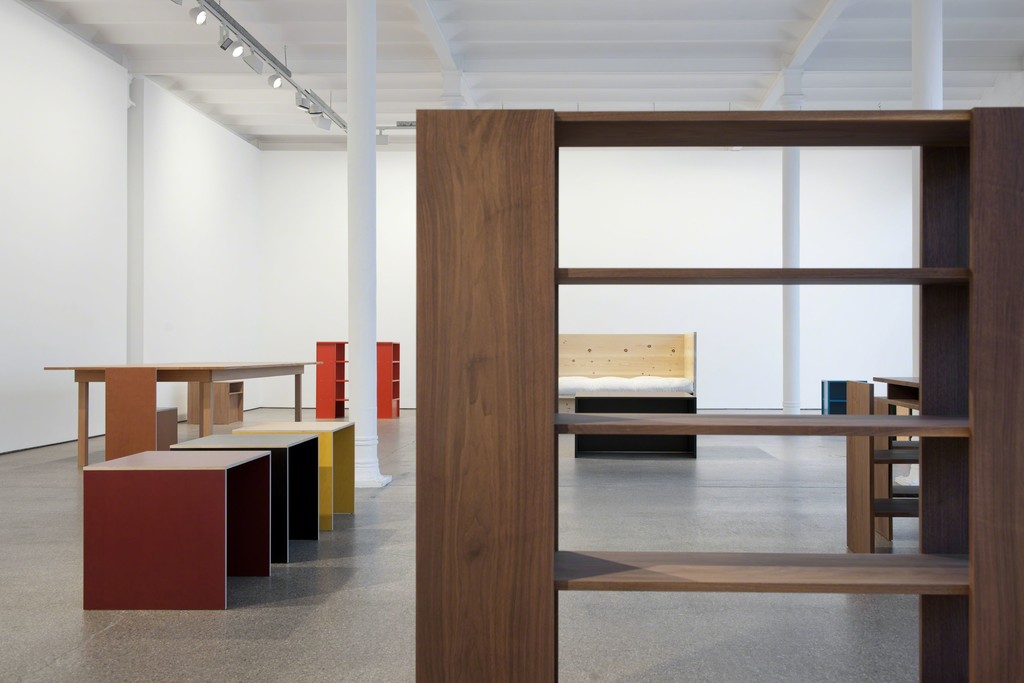 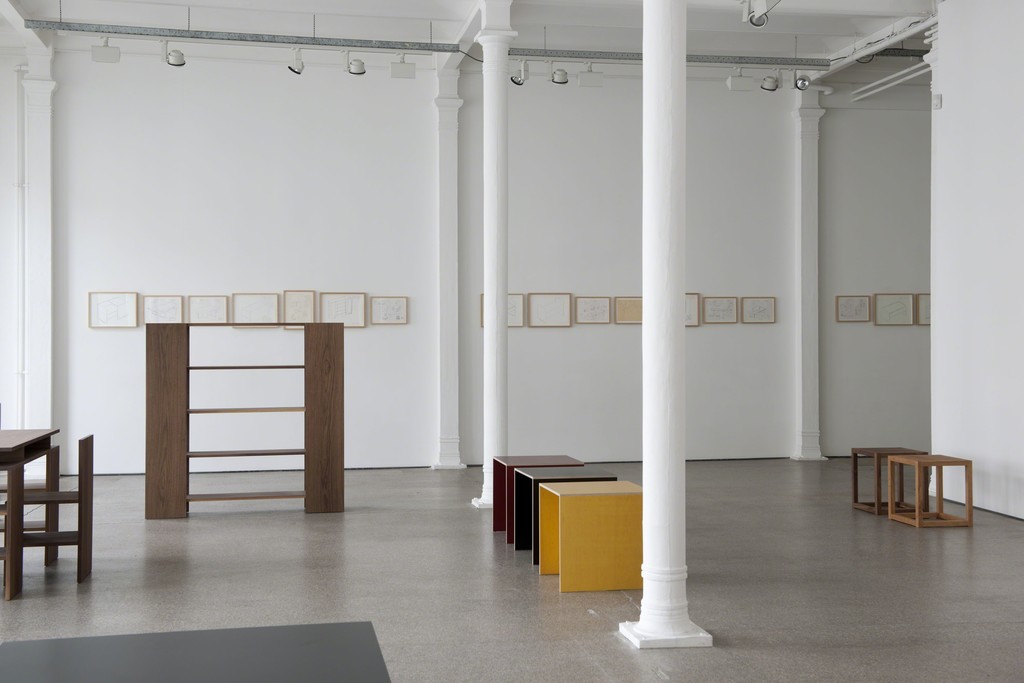 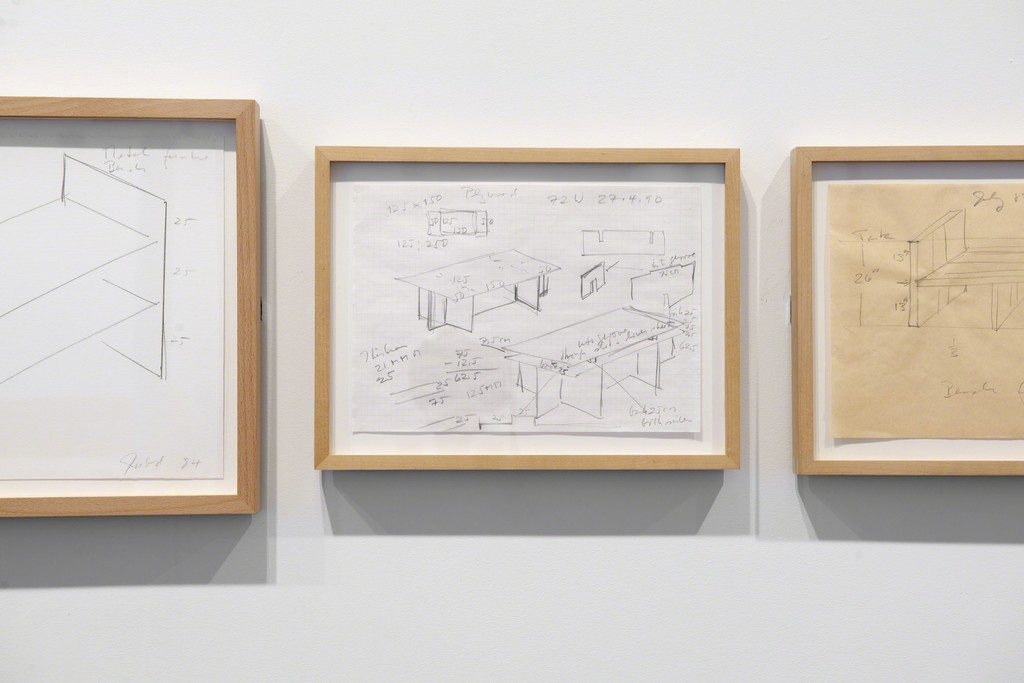 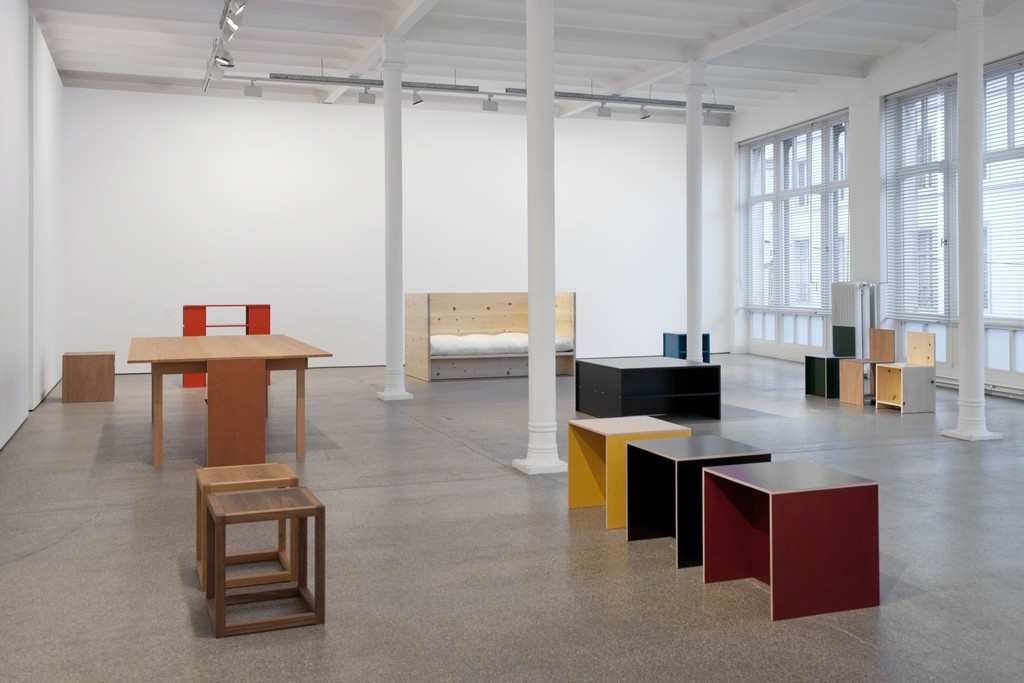 After solo exhibitions in 1991 and 1993, Galerie Greta Meert presents a furniture show by the American artist, critic, architect and designer Donald Judd (Missouri, 1928 - New York, 1994), one of the most prominent postwar artists and a pioneer of Minimal Art.

Judd’s first pieces of furniture date from the mid-1970s, shortly after the artist moved from 101 Springstreet, Soho, New York, to Marfa, Texas, where he renovated and reconverted several buildings to a studio, living and exhibition spaces. Suited to the industrial architecture, Judd created his works, for want of local alternatives. Of these, the gallery presents a new edition with the work Children’s desk and chairs (1977) en Bed (1978). These early works are hardly more than a few rough boards that have been assembled to create a minimal, functional shape. Yet they anticipate the radical and innovative character of Judd’s uncompromising ideas about designing. Over 30 years later his furniture is synonymous with timeless and lasting design.

The pieces of furniture at the exhibition are made in plywood, hardwood (cypress, fir, Douglas fir, cherry, mahogany, walnut) and metal (aluminum, copper) and epitomize Judd’s understanding of shape and texture with regard to the material used. In everything the works reveal a great respect for the natural (and social) surroundings. From the onset, Judd worked with local craftsmen in Marfa, trusting them the execution of his designs. Marfa Voices, the documentary Rainer Judd made in 2010, shows how the presence of her father influenced life in the desolate desert town.

This exhibition was realized in collaboration with the Donald Judd Foundation, which manages the artist’s estate since his death 1994, which is spread over his studio, Springstreet 101, New York, several buildings in Marfa and few ranches in its surroundings. Concerned with the presentation and installation of art, few of these buildings permanently host the works of Donald Judd and others, among which Carl Andre (1935) John Chamberlain (1927), Dan Flavin (1933 –1996), etc.