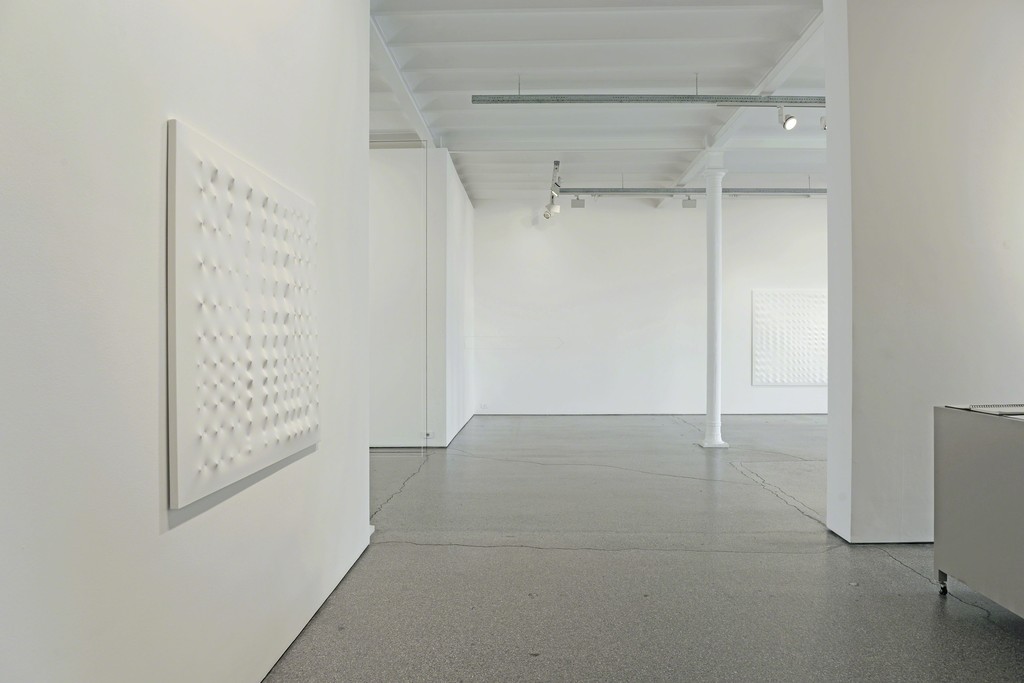 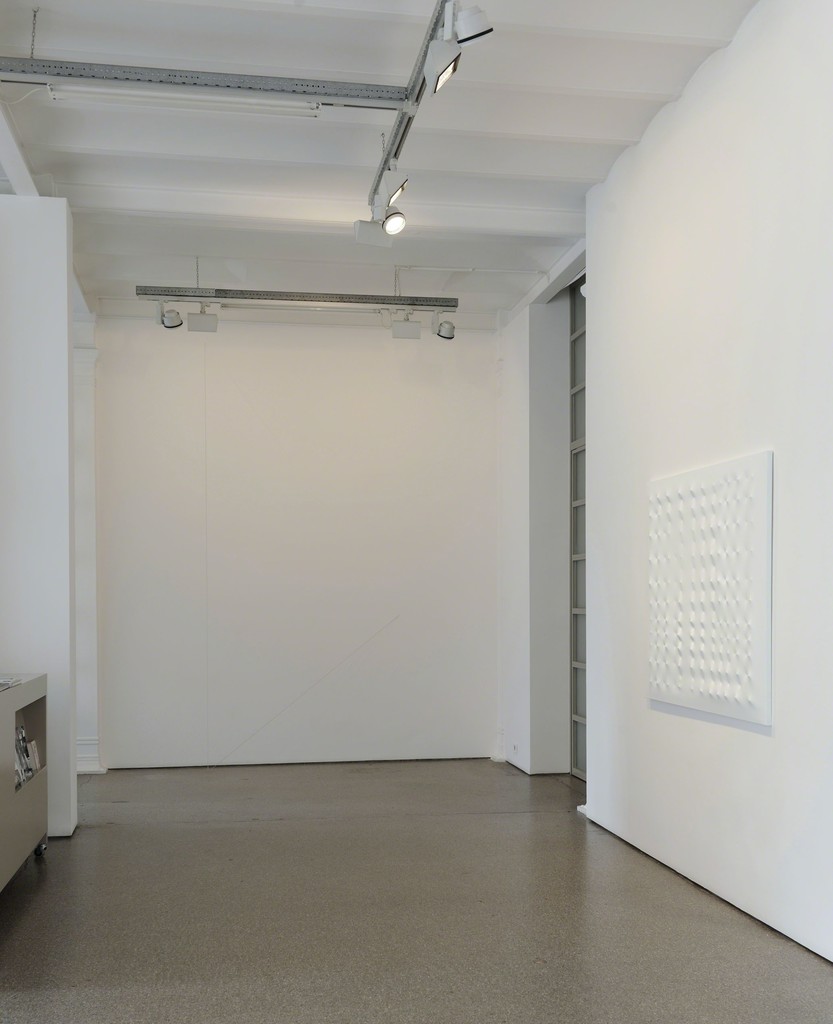 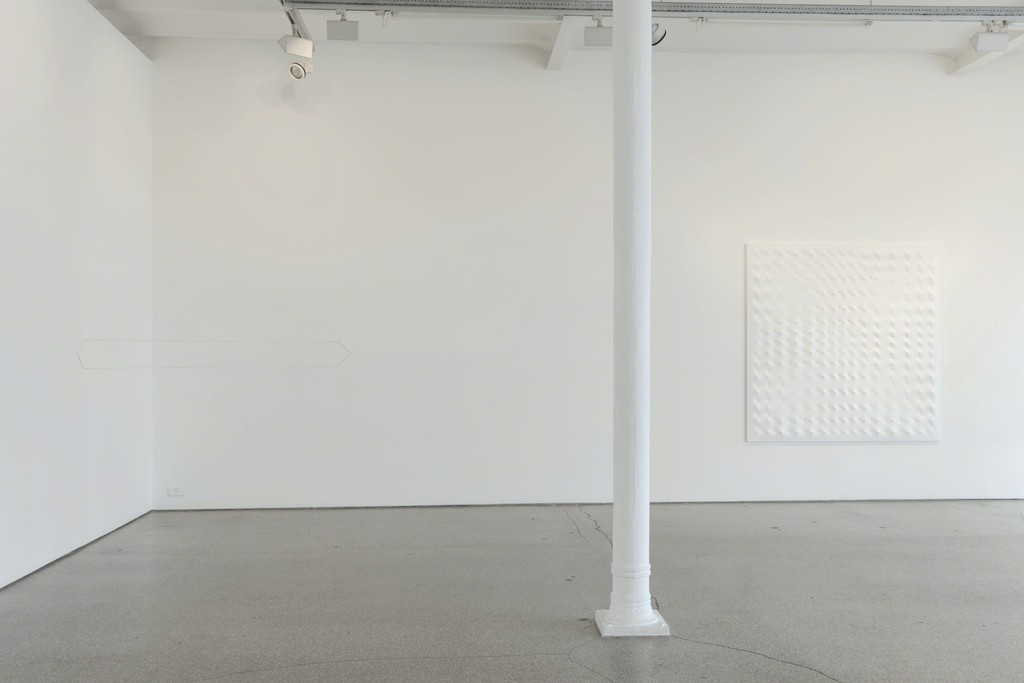 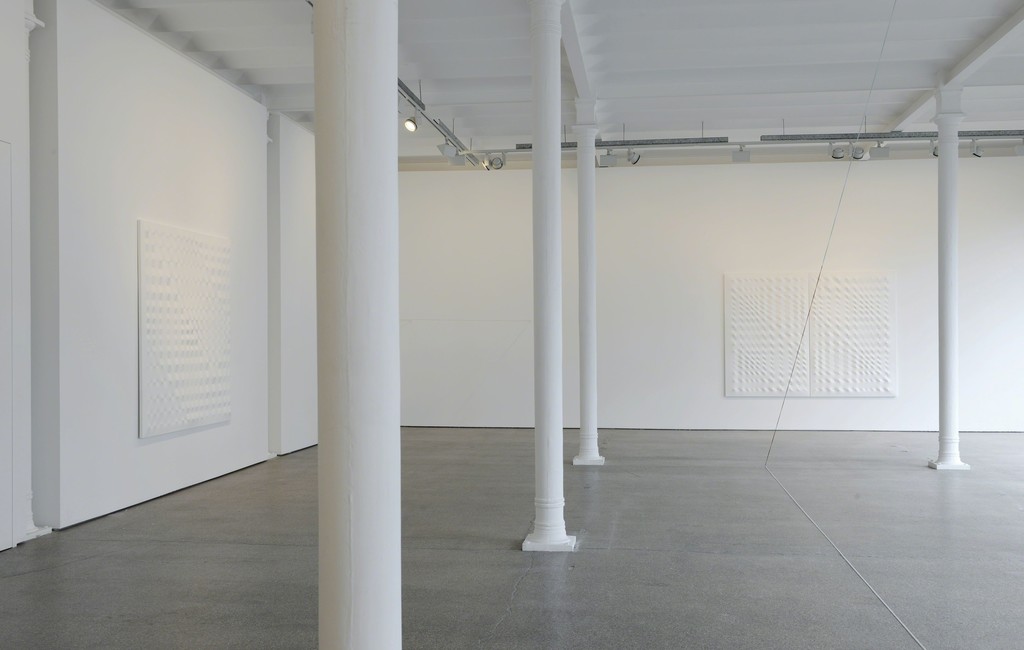 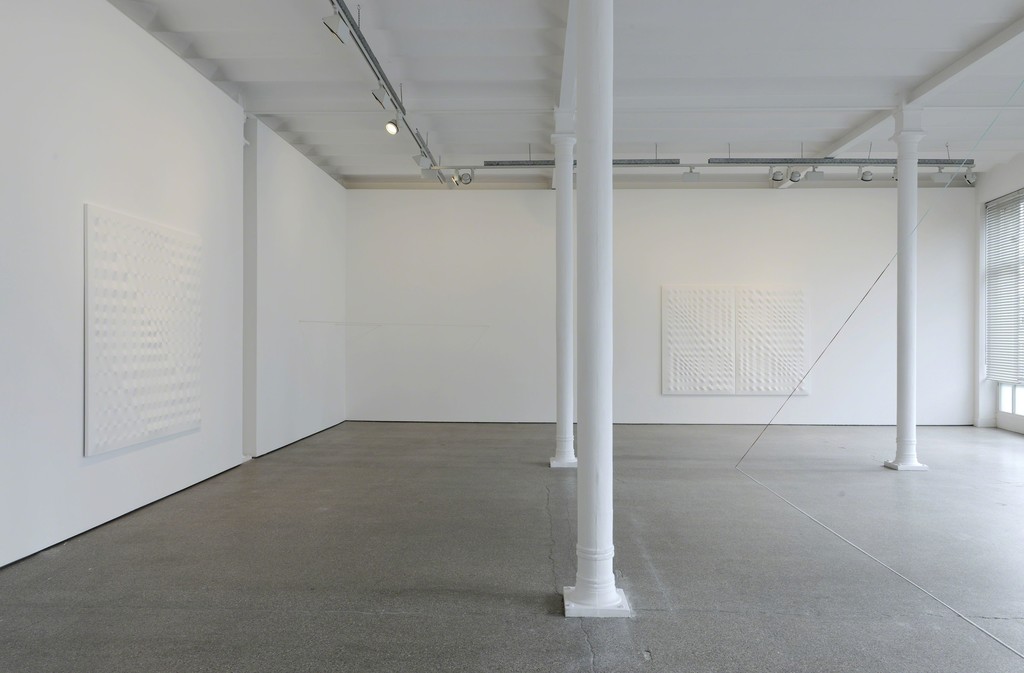 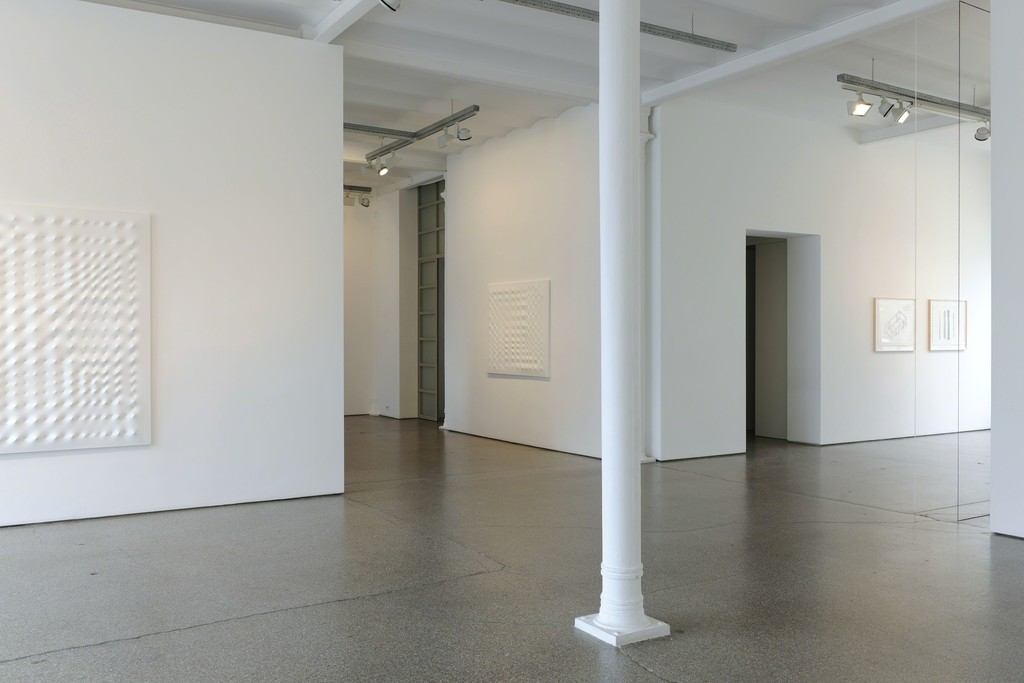 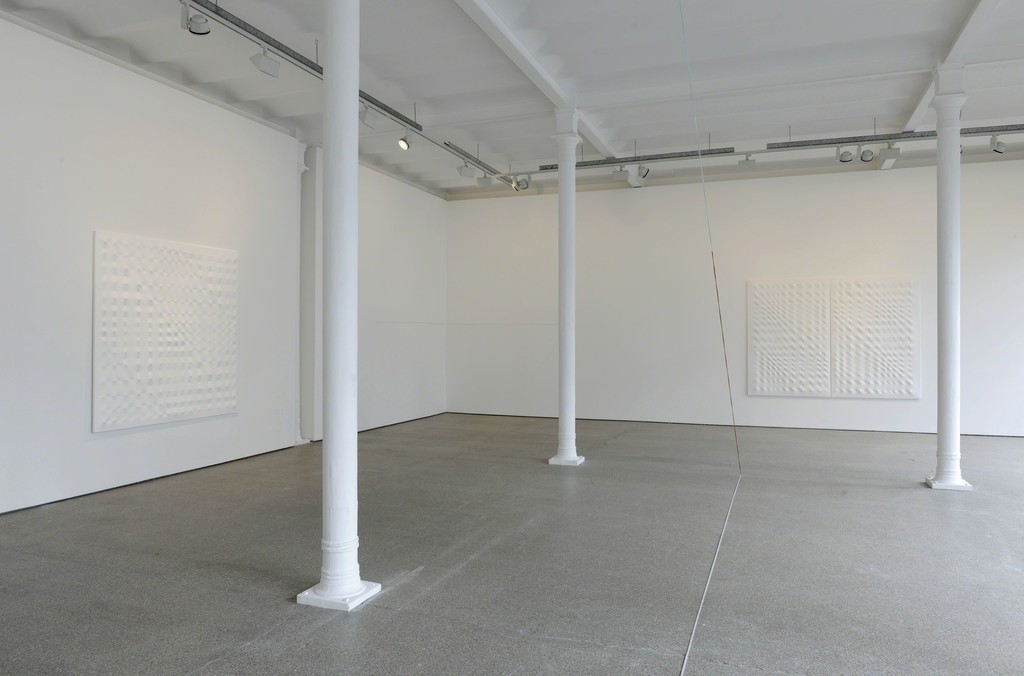 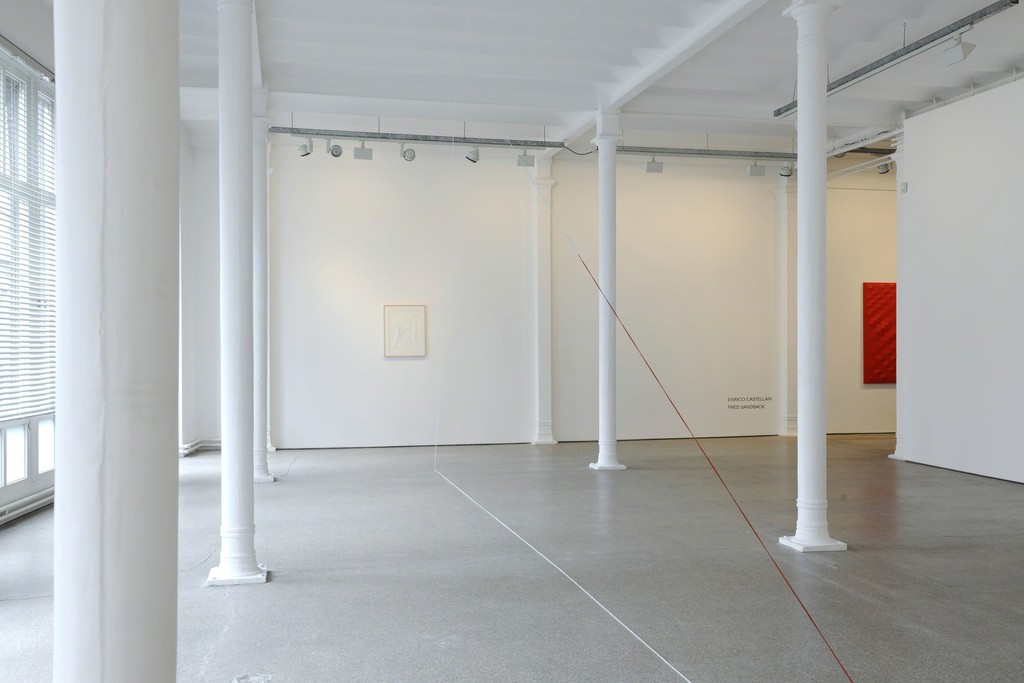 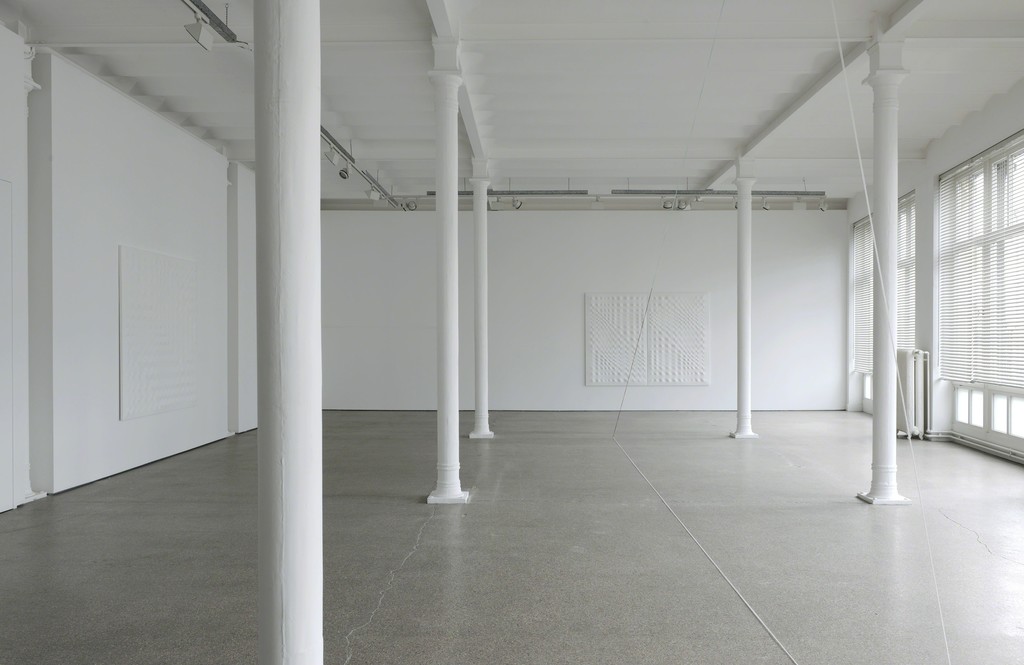 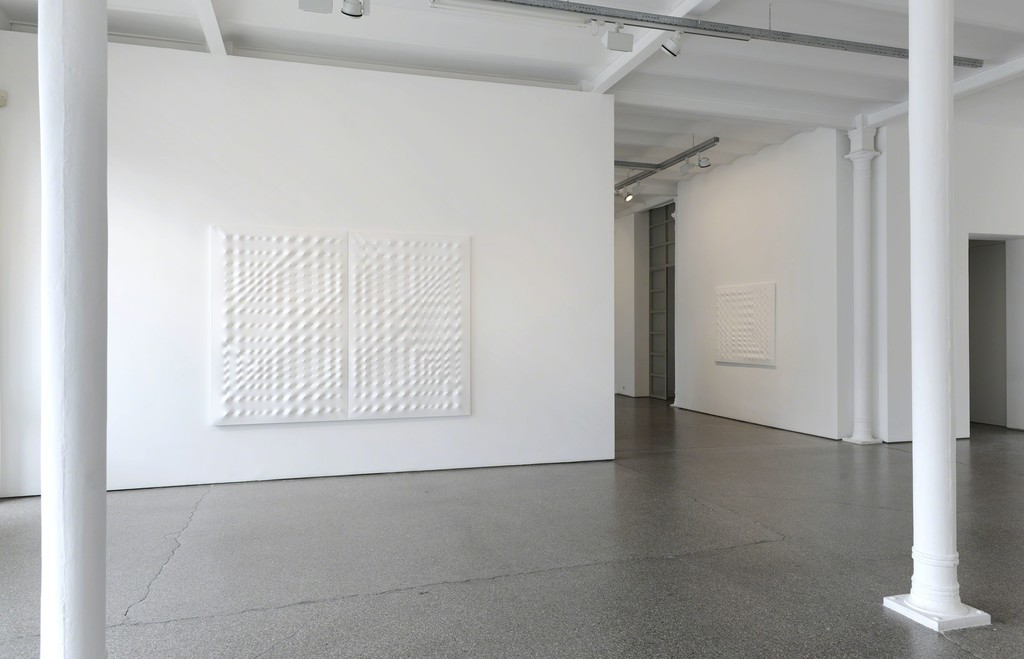 Enrico Castellani (1930, Castelmassa, Italy) confines himself to the space of the canvas. Since the late 1950s his work has been characterised by what are called 'Superficies' with their striking relief structure. The latter is the result of an unconventional and ingenious technique in which the canvas is stretched like a membrane on an underlying nail structure. Thus structure becomes composition in the geometrical pattern that is revealed. The rhythm of positive and negative space, emptiness and matter makes Castellani's work strikingly dynamic and direct.

The visual perception is further complicated in the interplay between light and shadow. Through the effects of the light the concept of time is incorporated. Time is both a universal and a temporal given. On the one hand the ephemeral character of the work of art is revealed through the specific incidence of light, while on the other hand, repetition, monochromy and the immateriality of the light make the notion of infinity more explicit.

After his solo exhibitions in 1990, 1996 and 2002, Greta Meert Gallery now shows work by the Italian artist for the fourth time. Among other works, two diptychs with an impressive size (180 cm x 180 cm, and 180 cm x 240 cm) are on view on the first floor. The set-up of the exhibition is reminiscent of the artist's architectural training and the first spatial installations in the 1960s. Like Fred Sandback's sculptures these pieces invite the viewer to enter the pictorial/architectural space and absorb it.