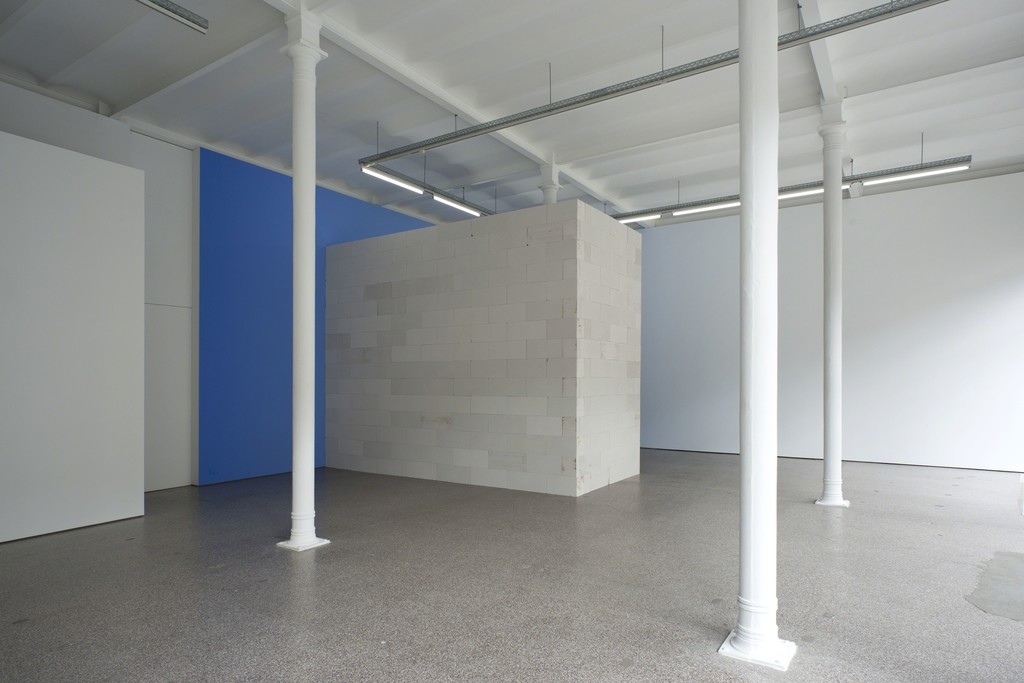 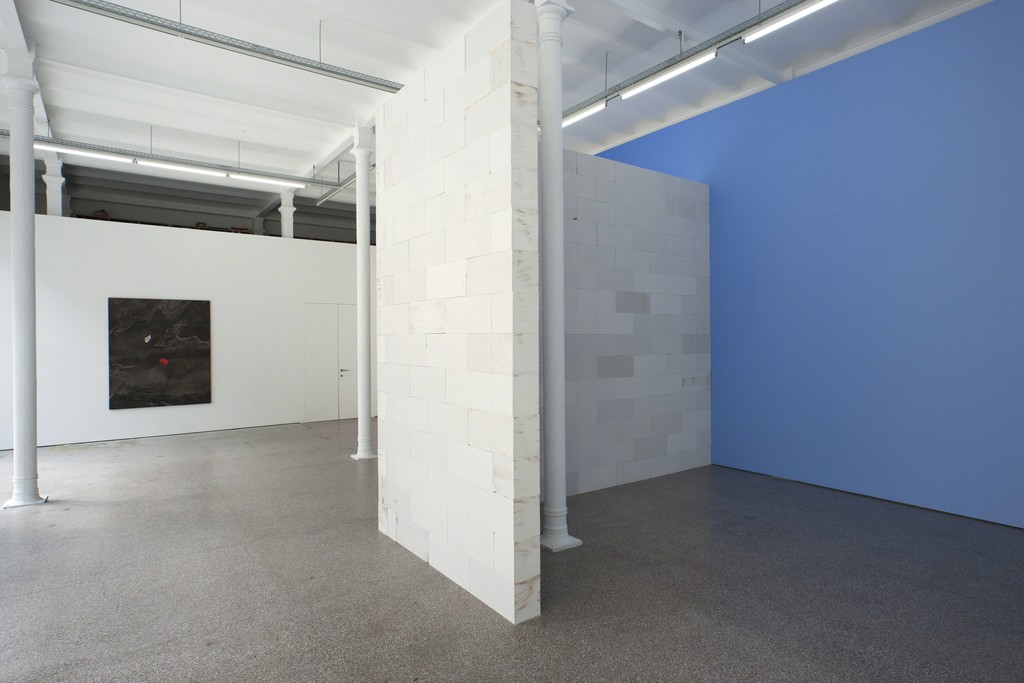 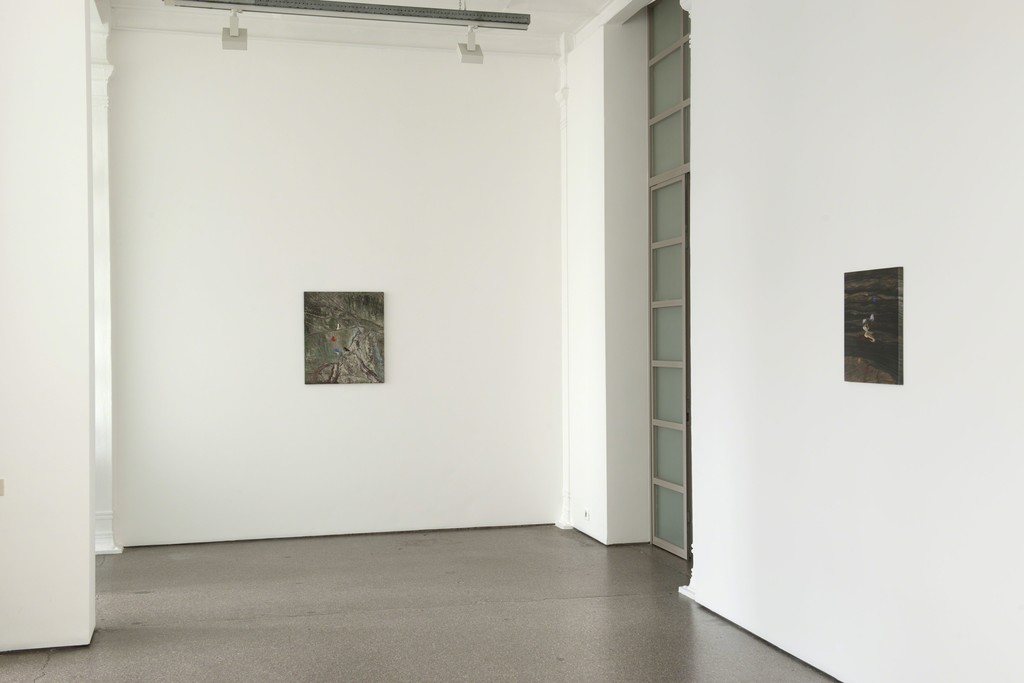 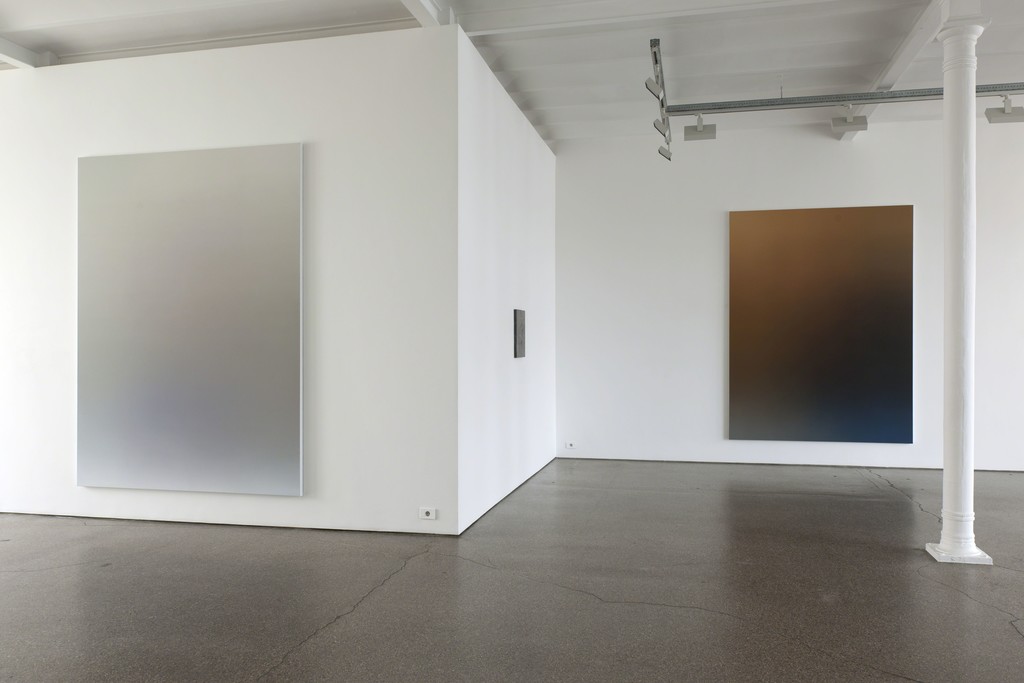 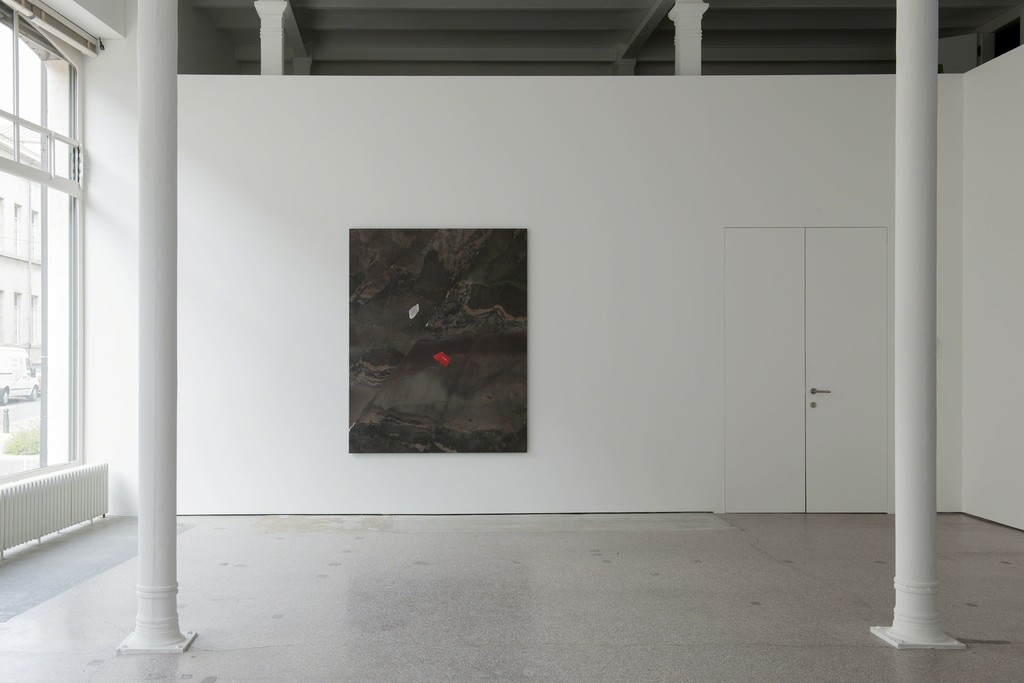 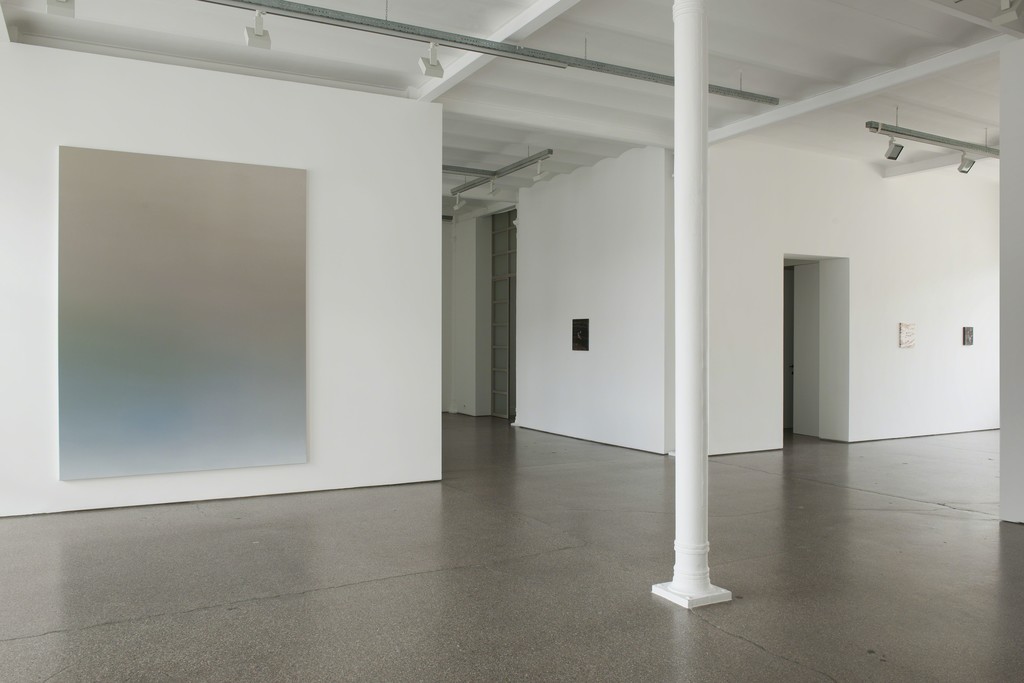 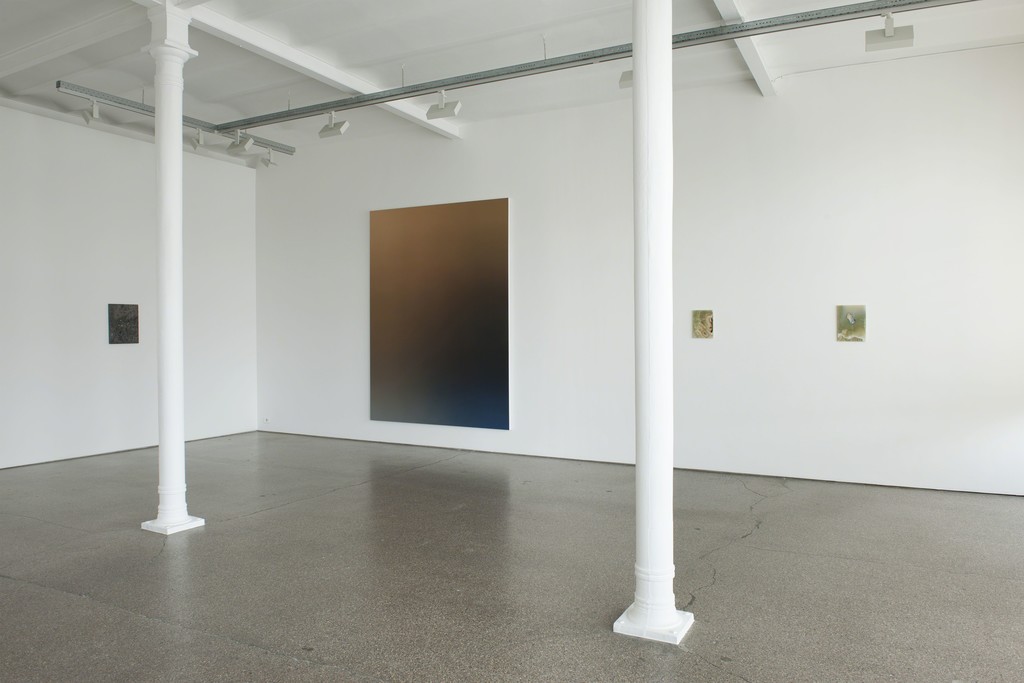 A large wall painting is installed on two adjoining walls of the luminous ground floor space. Following a rigid method, the walls are divided in horizontal planes, paint is pre-mixed in a range of tonal settings and than applied in a flux movement of blurring and brushing, dissolving every stroke in a smooth gradual shifting of color, covering a tonal range from 0 to 50% of the color.
The analytical structure of the painting feels almost foreign to its poetic evocation. Through its ephemeral and monumental qualities, the artist incites an immersive perceptual experience, flirting with the metaphysical. A large brick wall, however, diametric to the movement of the gradation, prevents the aesthetic experience from becoming flawless. In its rudimentary form, this intrusive element makes us sensitive again to the materiality of our surroundings and the factual knowledge that color is merely matter and light. There is a continuous shifting between the illusory space of the two-dimensional painting and its concrete architectural lay-out.
The installation’s concern with time reads in multiple ways. Color is stretched out to become a moment in of time, dictating a movement along the horizontal progression of the gradation. The sight-specificity adds a variable parameter, with natural light filling the space in its differing shades over the length of a day. As if we are dwelling in a continually regenerated present moment. The immediacy of the painting is brought to a halt by the deep, geological time of the work on marble. Through Vermeersch’s painterly interactions with the stone two extremely distant eras are merged.