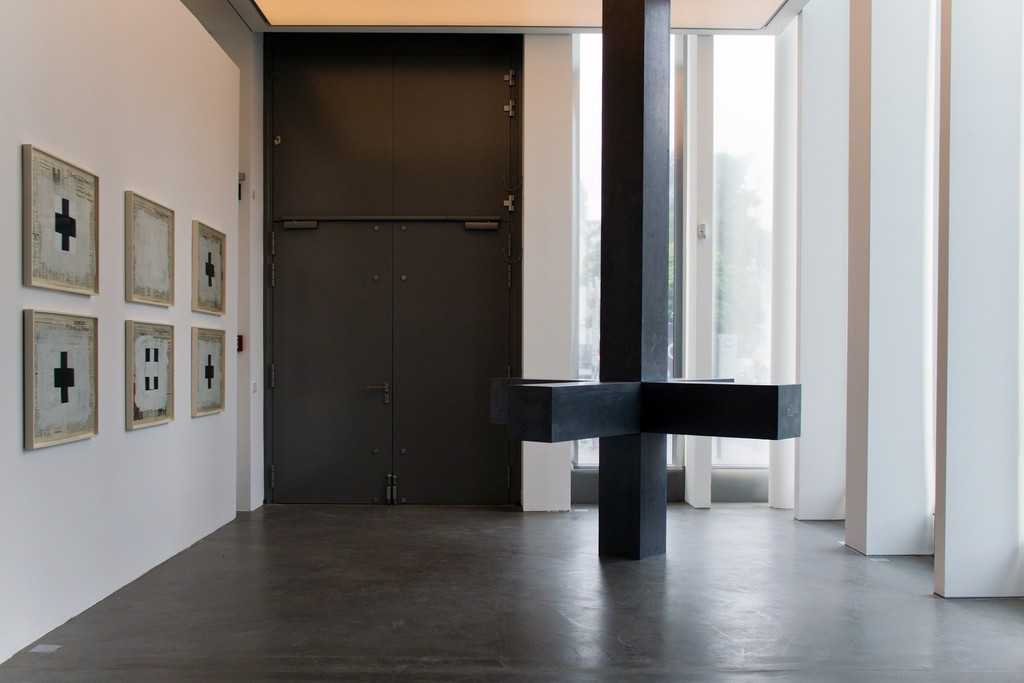 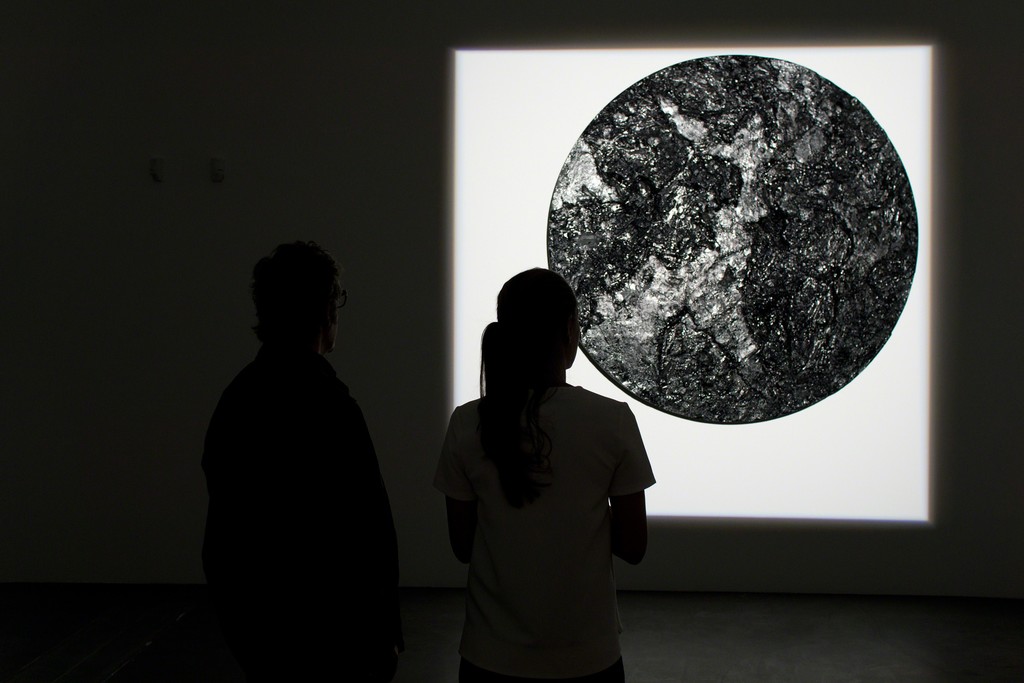 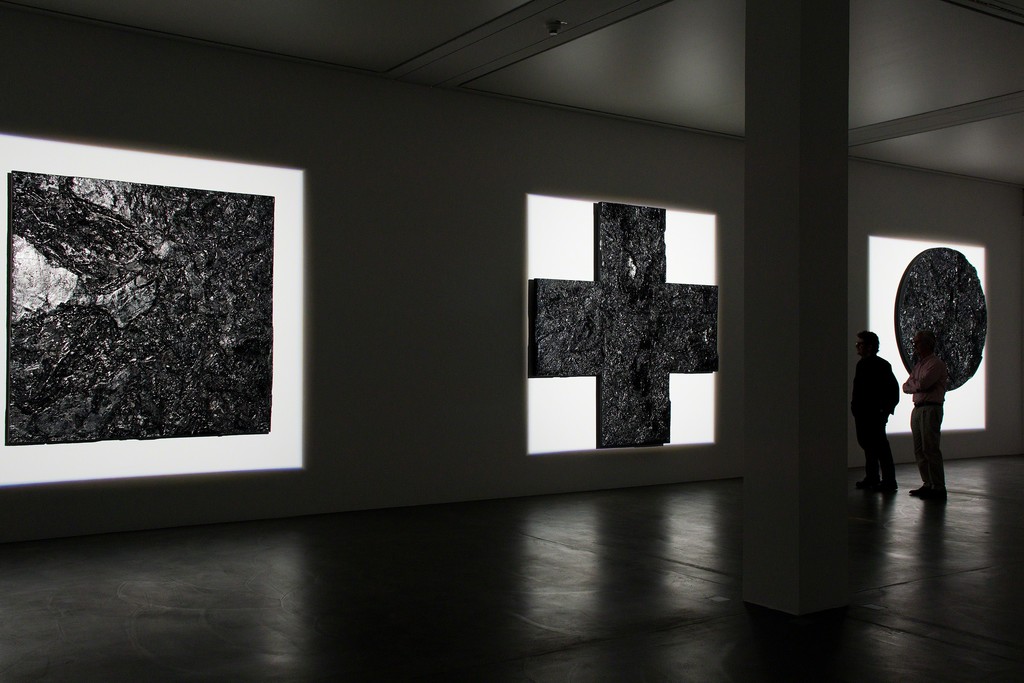 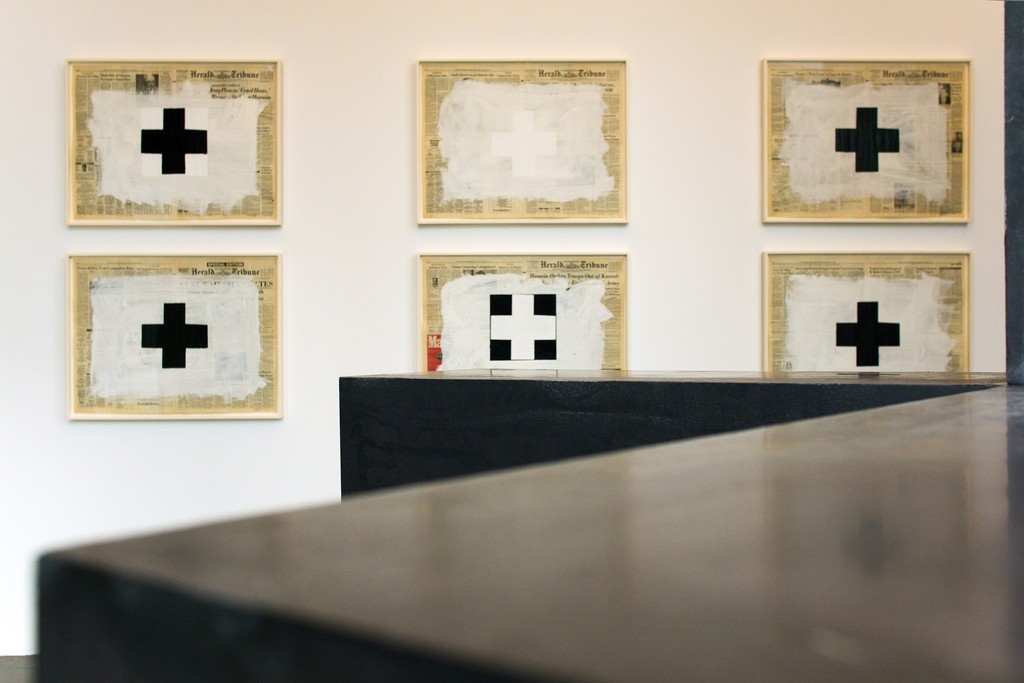 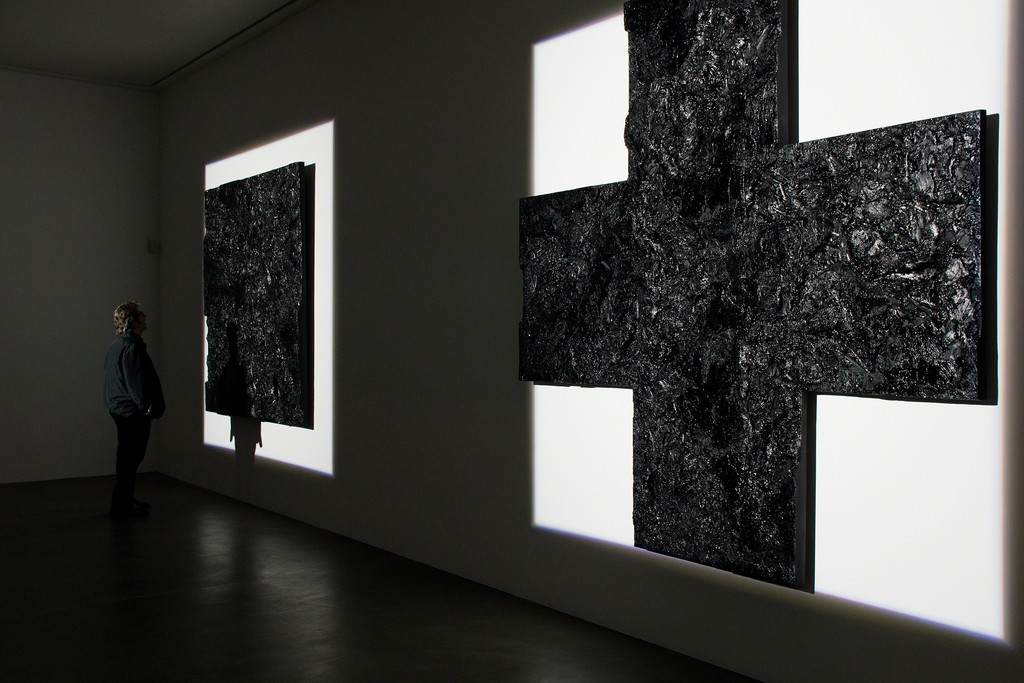 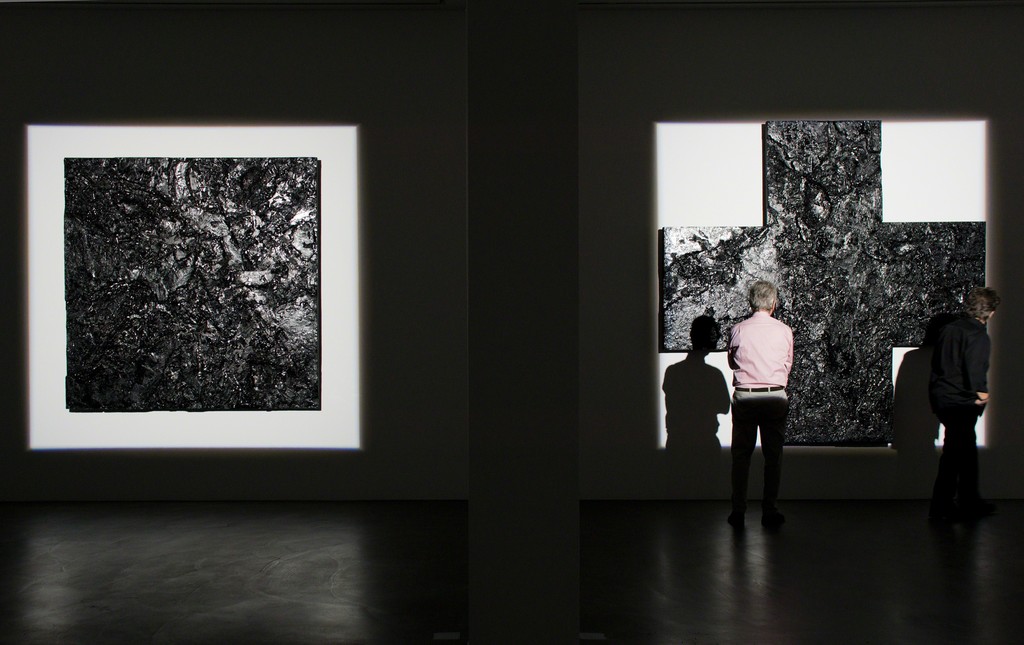 On the occasion of this year’s DC-Open, Galerie Hans Mayer is pleased to present “The Invention of Zero (After Malevich),” a restaging of a triptych installation, complemented by a series of works on paper by Robert Longo. Taking place during the 100-year anniversary of Malevich’s Black Square, Longo’s exhibition creates an unlikely homage to Kasimir Malevich, a pioneer of Suprematism.

Both bodies of work were initially created in 1991, while Longo was living in Paris (1989-1992). This work was in response to the seismic social and political changes after the fall of the Berlin Wall, the demise of the Soviet Union, and the first Gulf War. To navigate the destruction, Longo sought after the immaterial, and was largely influenced by Malevich’s Suprematism, a movement rejecting meaning: “To the Suprematist the visual phenomena of the objective world are, in themselves, meaningless; the significant thing is feeling […].”1

The eponymous piece in the show consists of three large-scale wax on wood reliefs: a circle, a square, and a cross; each relief that Longo presents is immersed in an extreme, high-powered light, constructing a white frame around each relief. A blue, cinematic glow around the light’s edges pushes the forms not only further out of reality, but also somehow more physically present. The intensity of the lights creates a confusion of depth, an otherworldliness, while the reliefs’ surfaces, black and charred, rough like battlefields, possess the illusion of receding into the wall.

Longo also presents about a dozen works on paper, selected out of hundreds from his Face Time series, which Longo created from 1990–1991. This series, for which Longo created a single work each day, developed into a kind of meditation. In making each work, Longo painted over the broadside pages from The Herald Tribune, allowing subtle visibility of that day’s headlines chronicling the events such as the first Gulf War.

Together, the two bodies of work explore the potential in the polarities of materiality in securing recognizable form. The defiantly solid materiality of the installation The Invention of Zero (After Malevich) balances the ephemerality of the works on paper. Longo found inspiration from the book Interviews with Barnett Newman, recalling Barnett Newman’s escape from subject matter, similar to that of Malevich. The lack of image urges the audience to become overwhelmed by their own physicality. Newman’s influential work depicts a search for purity, where “Instead of making cathedrals out of Christ, man, or ‘life,’ we are making it out of ourselves, out of our own feelings.”2