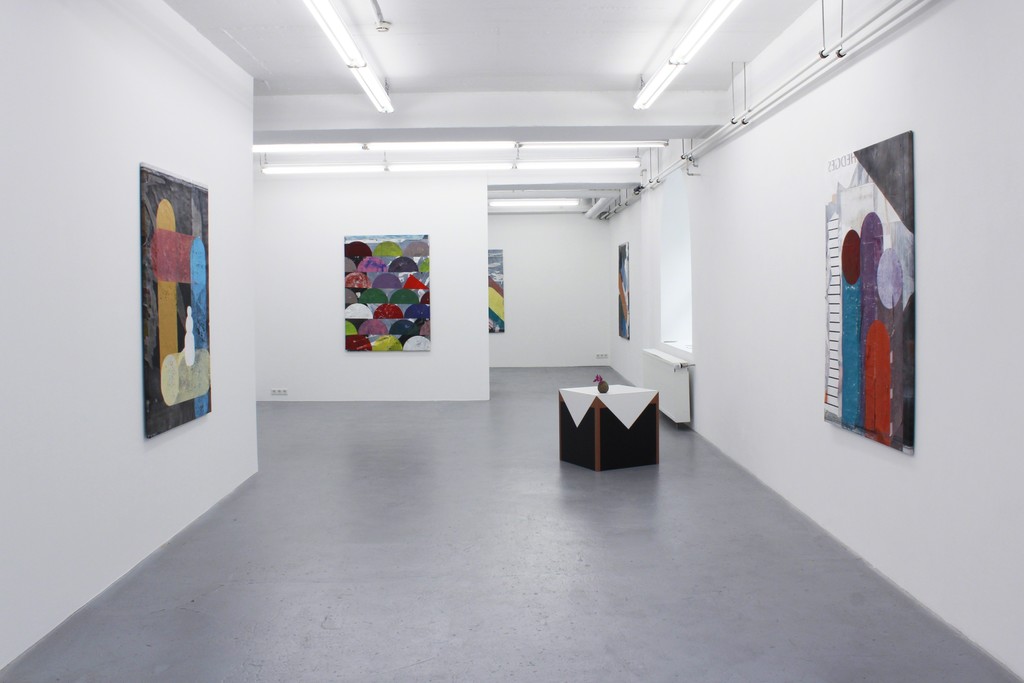 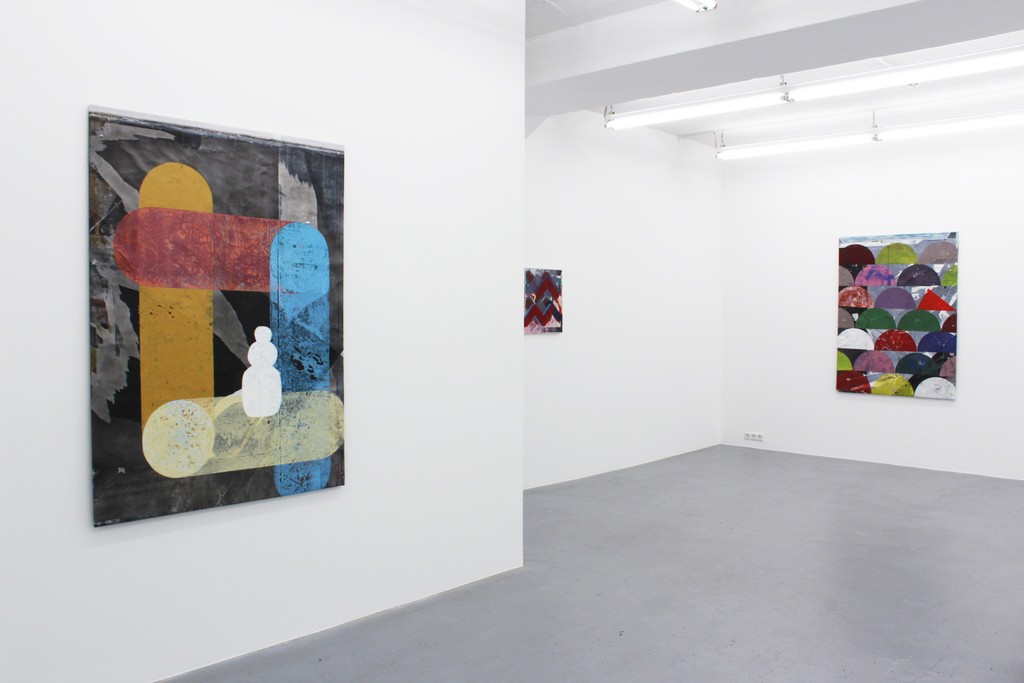 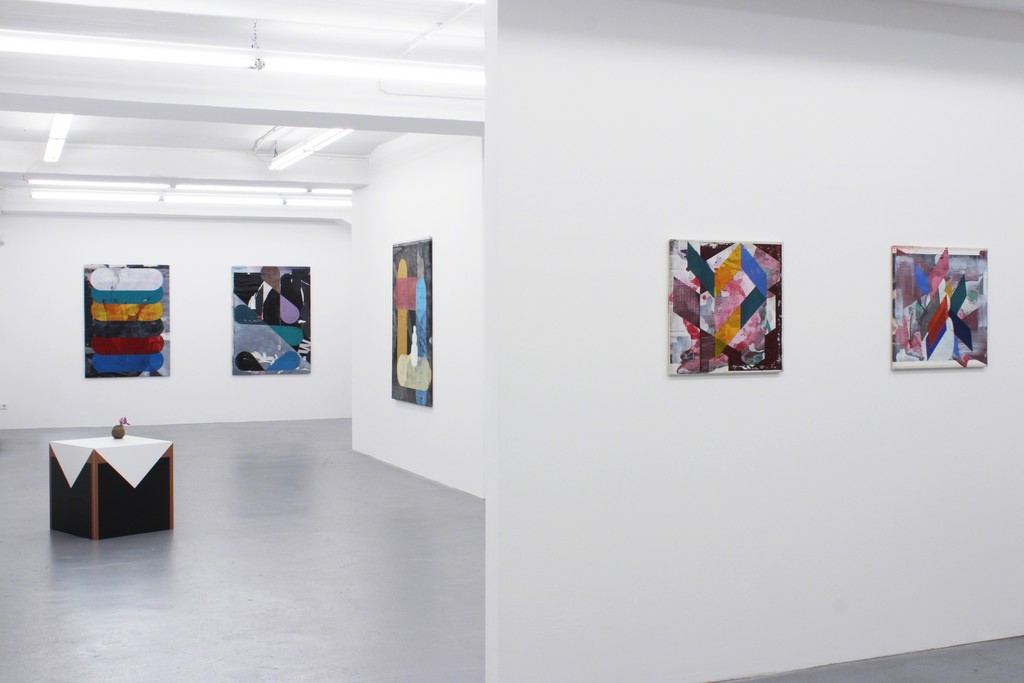 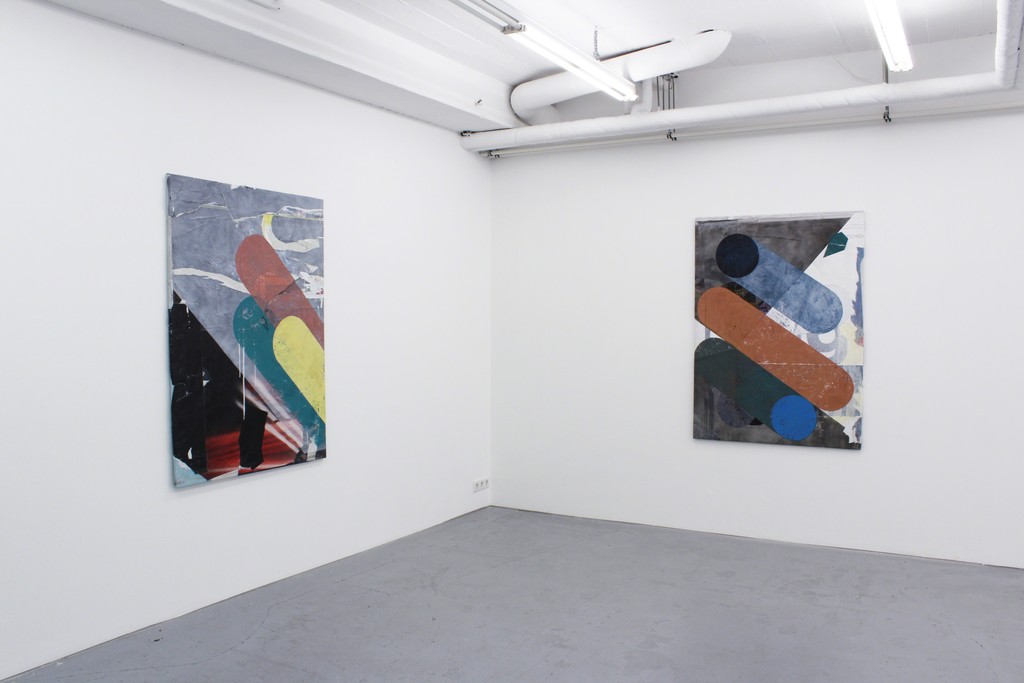 In his new large-scale works, Zimmer renounces almost completely in using the brushes. Colour is applied through woodcuts. The woodcuts in reduced large-scale shapes have resulted from a long research process in his studio. These few shapes turn into signs that appear again and again in different arrangements constituting new images each time.

Zimmer is concerned with the searching of the works identity, with the question of the connections between elements, images and signs. He develops an own formal language, which enables him to create various pictorial compositions that initially allow interpretations and enable communication, but which ultimately remain intangible. Oscillating between abstraction and figurativeness, Zimmer's new paintings inhabit consciously an in-between space.

The title of the exhibition "Pass mit dem Knie auf mit dem Tisch", which is borrowed from a song text by the writer and musician Andreas Stichmann, also refers to this ambiguity. It suggests a concrete situation and at the same time causes irritation. The title also serves as a reminder of awareness and as an invitation to look behind the scenes, not just to be seduced by the surface.

In addition to the painted and wood-printed multi-layered collages, the exhibition will include several sculptures. One of them, which Zimmer has developed in the style of a "Wannabe Table", quotes spatially and figuratively Richard Artschwager.

Similarly as Artschwager's works, Zimmer's works are about perception and recognition of the given.
His images of constructed spaces confront us with questions about perspective, reality formation and point of view. His works thus finally play with the boundaries of painting and sculpture - and swing in both directions.