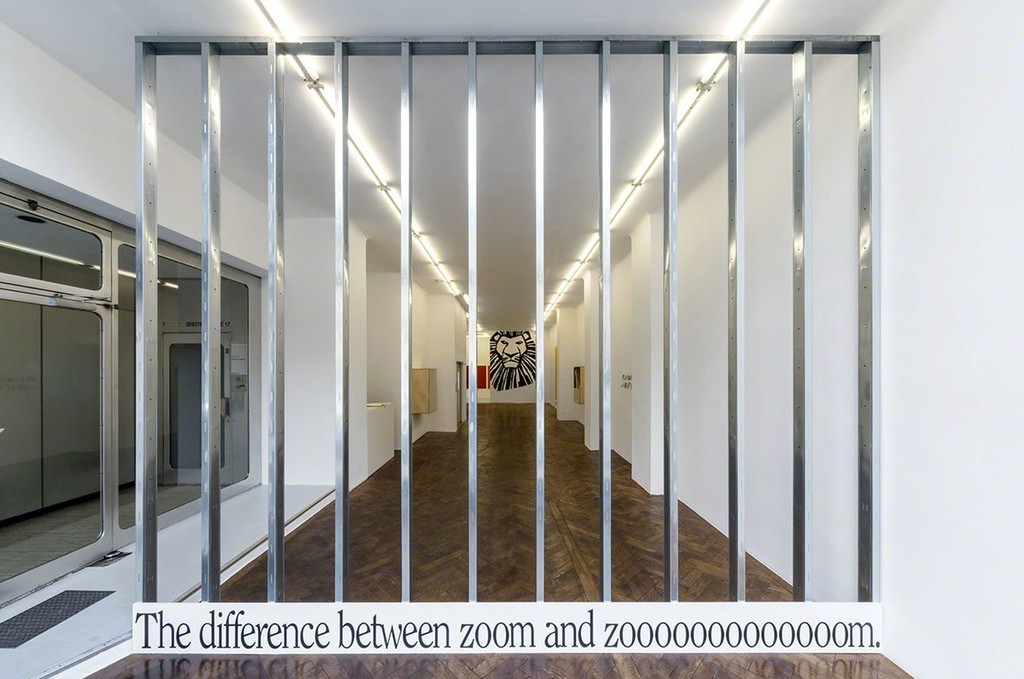 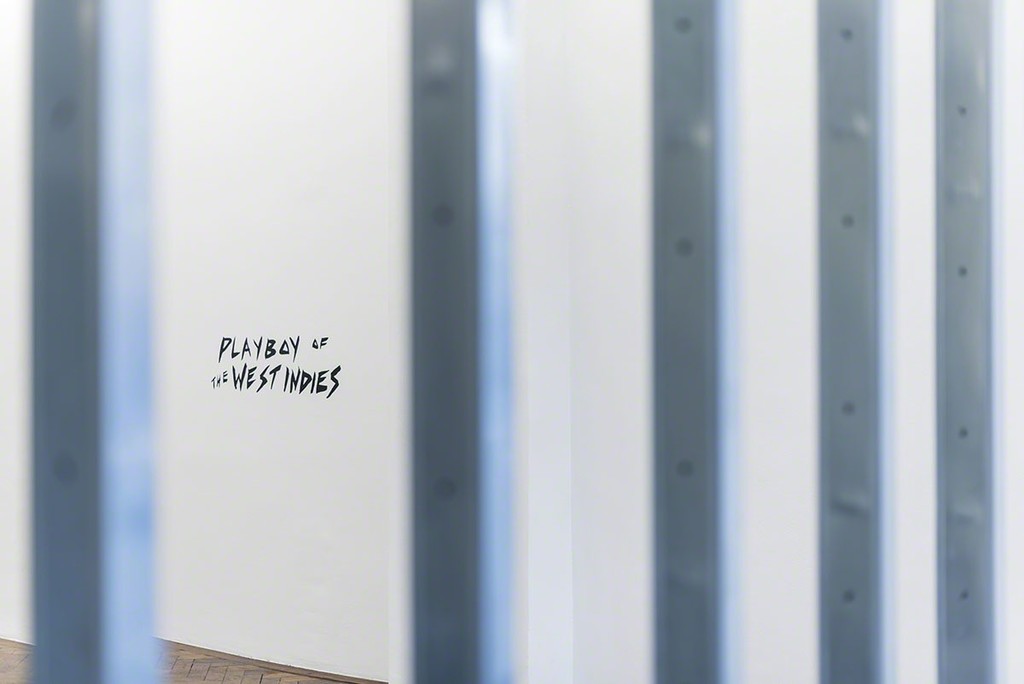 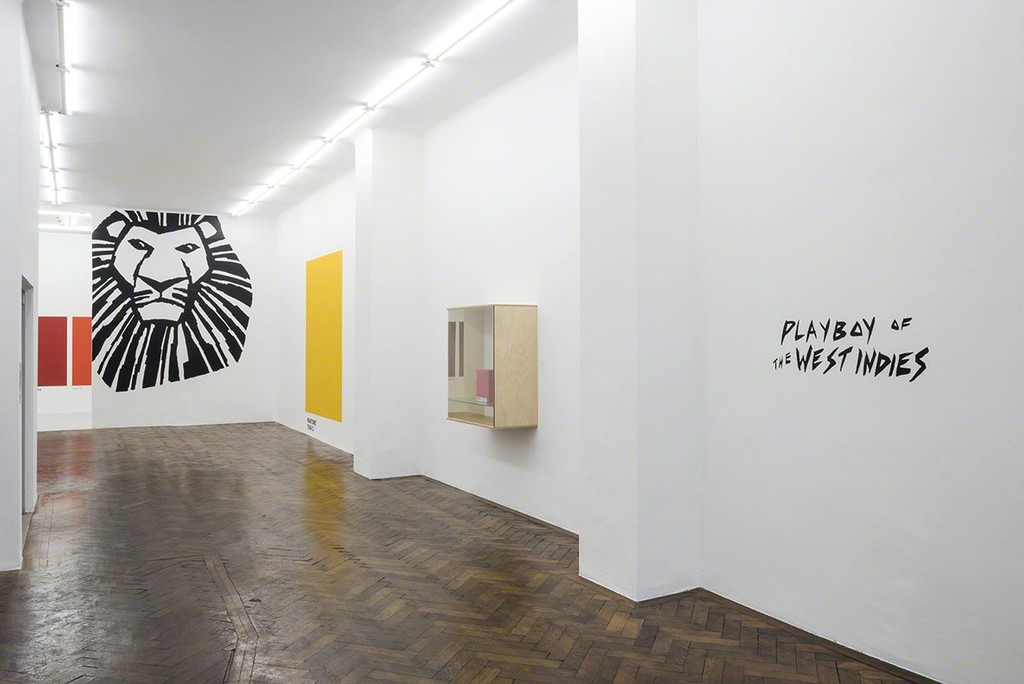 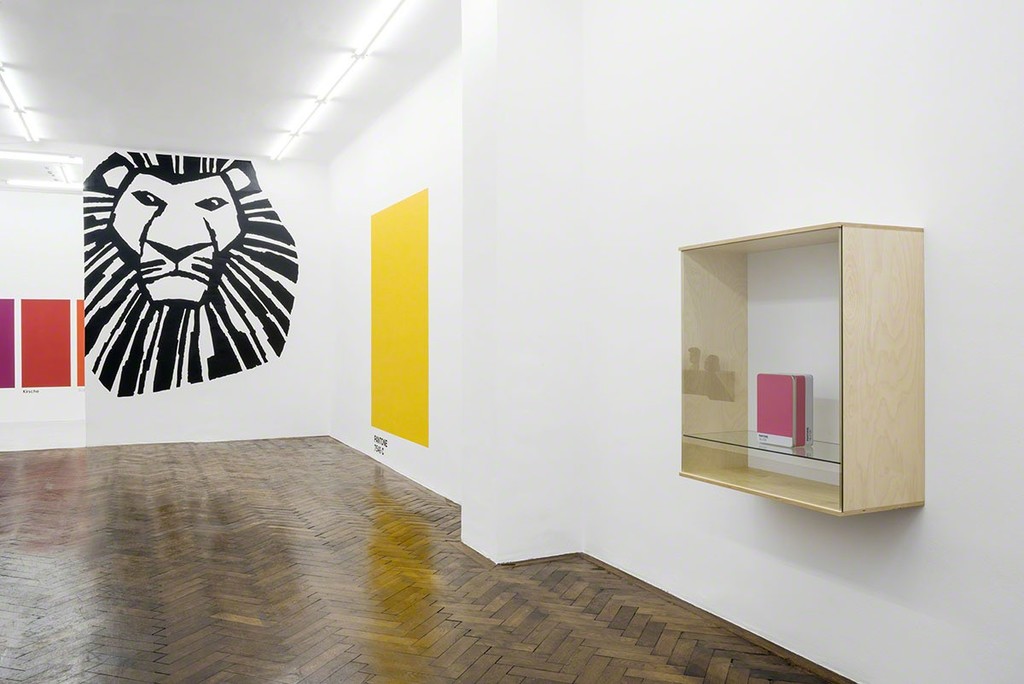 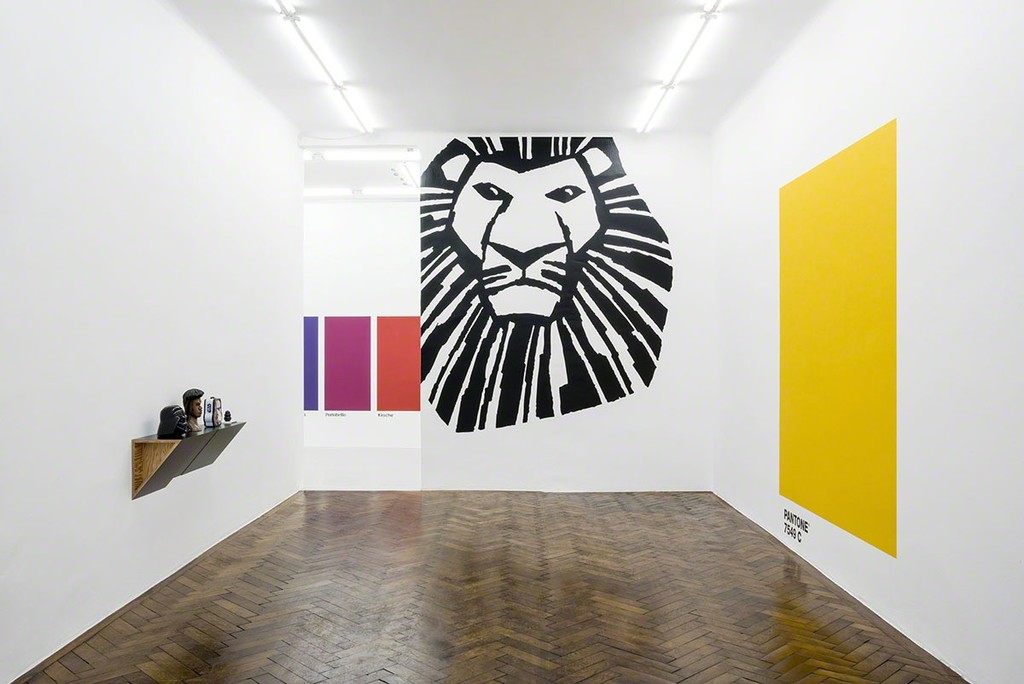 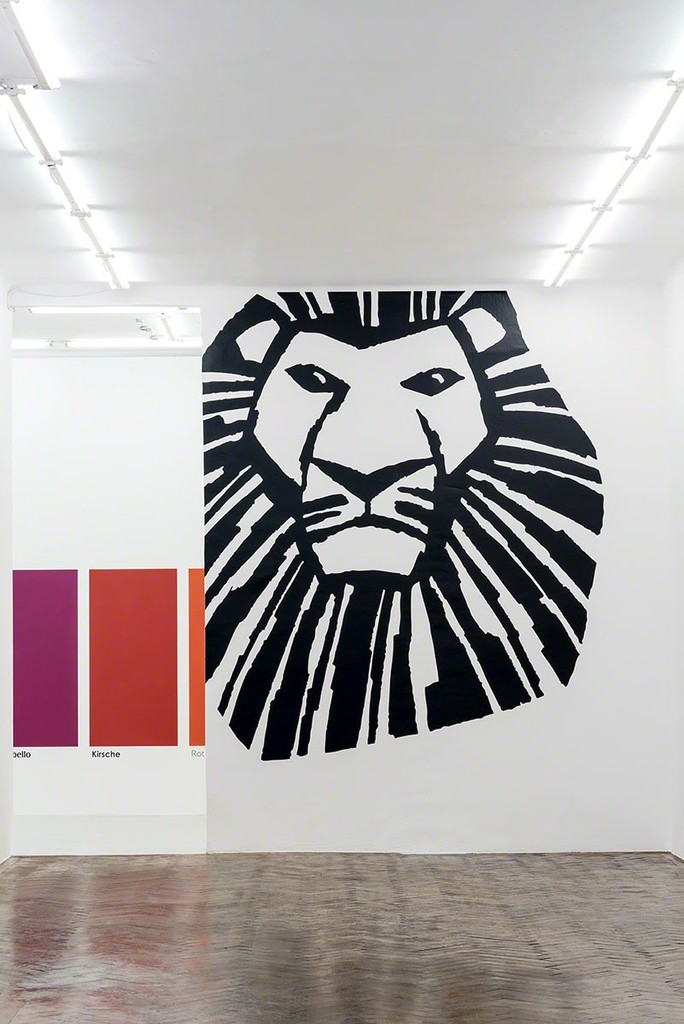 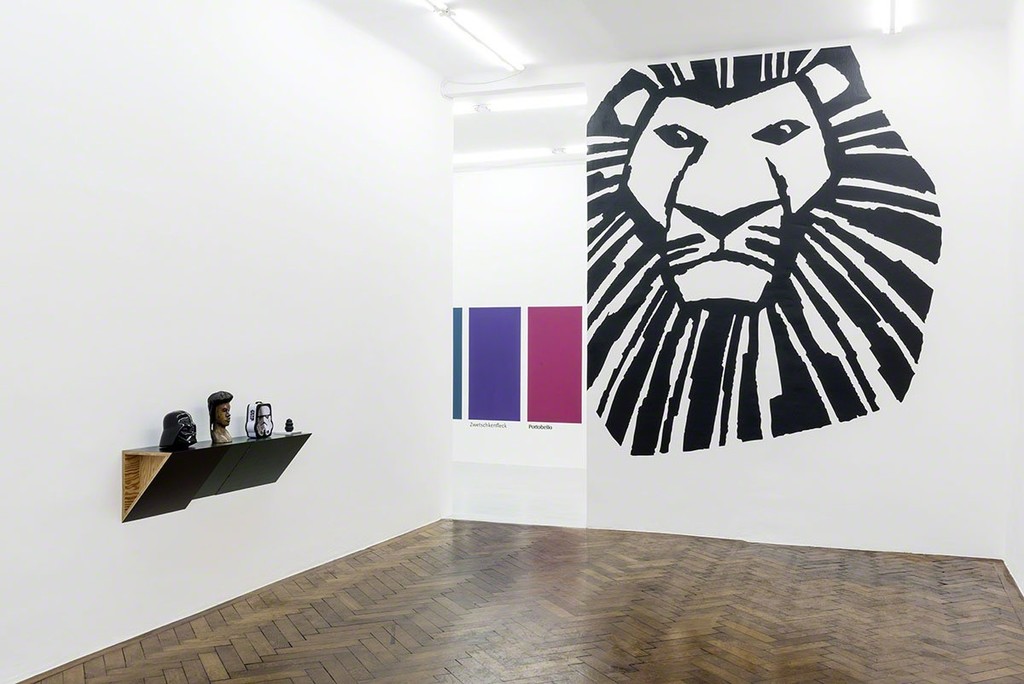 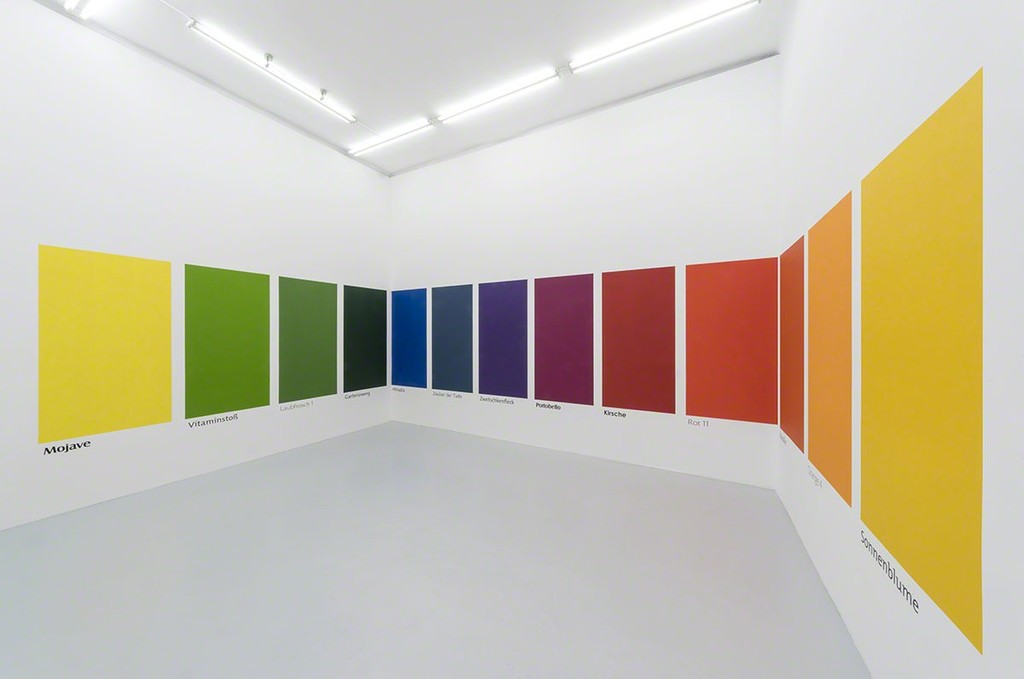 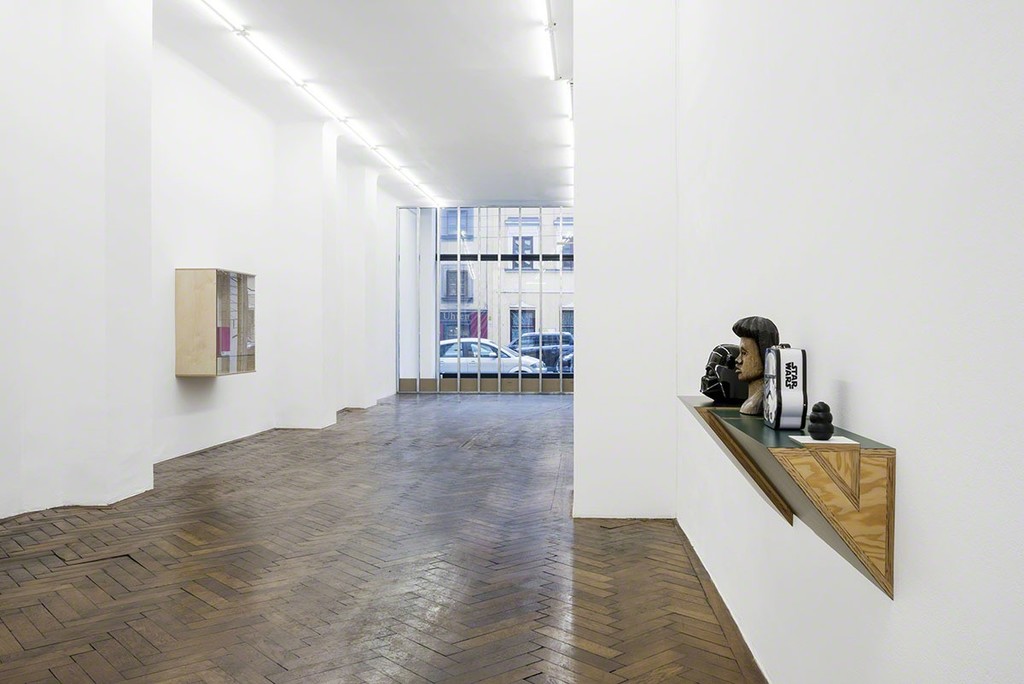 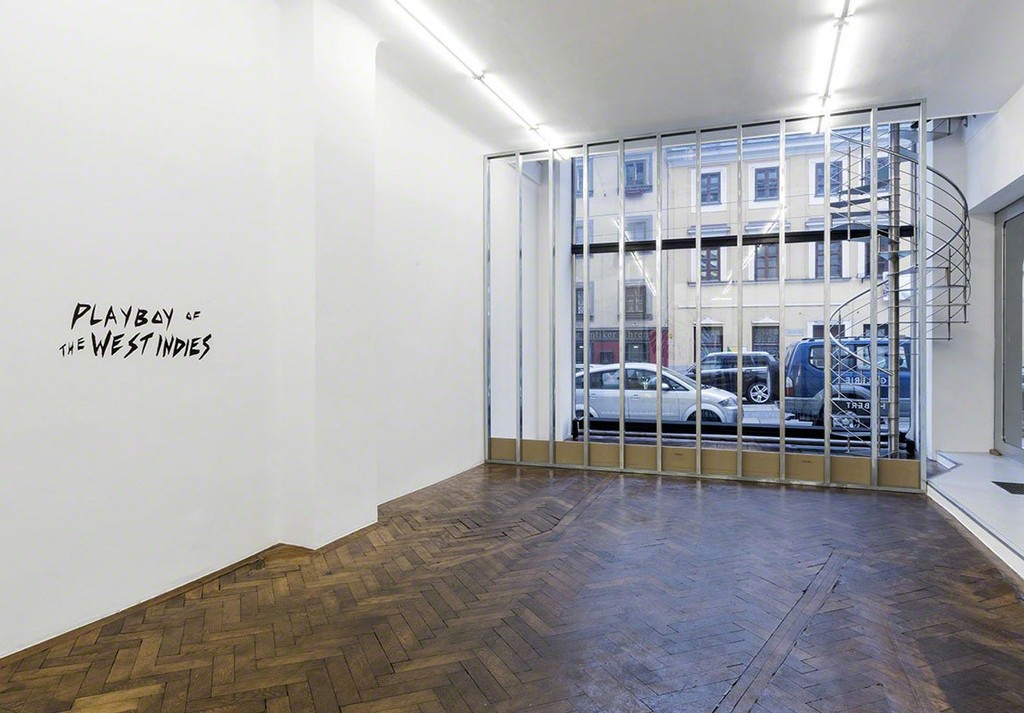 How curious to think about all the unspoken pacts occurring during a chess game: continuous social contracts between players (exchanges, deprivations with long-term objectives, revocable deaths, domains’ negotiation and so on). On the chessboard’s grid the pieces move and interact, attack and defend.

In Haim Steinbach’s work one can recognize such potential movement within a Cartesian logic, but as in ideal games, the rules are not set: “each move makes its own rules […]; each throw of the game affirms and ramifies chance, rather than limiting and apportioning it.”2 The pieces presented by the artist are chosen with curiosity, that is to say with care for the existing, with a willingness to look differently at the same things.
Given objects are set in the space’s grid according to a free play that involves different ecological scales and it is through the various sources’ displacement that the game is posited: Steinbach’s mathematical use of the architecture’s framings leads the viewers’ attention towards different arrangements of possible displays. The wall is now stripped bare and declared in its own primary structure–titled Display #91–which stands parallel to the gallery’s street front window, but also orthogonal to the entrance. Here, even if it does not impede the way in, by asserting its own Dasein it triggers and surprises the visitor in a crossroad-circumstance. One choice brings the viewer to one “dead-end” of the labyrinth, the other to the Minotaur.
Haim Steinbach puts into play different strategies on the surface of a three-dimensional game board that involves everyday objects, movie characters, musical titles, poster pictograms and advertisement texts. In Steinbach’s work, all turns out to relate to the way meaning is invested in (in-)animate beings–their matter and colors–that, while passing from two- to three-dimensions (from being text and/or image to being objects), are inflected along their own archetypicality, personality, and affectivity. His works play on the variability of a language-game, of a pact where ownership and positions are shared, and hierarchies are reversible too. The objects are fragments of collections: bought, seen and found in various locations, they transform and are mutually transformed by a relative economy of affection, by desire, by temporary possession, by their relations with other elements of the whole display. Their sizes and aspects may be different from their own source, which they recall metonymically, but the very same change of scale in conjunction with the means of presentation and structure, provokes a shift of perspective, a Verfremdungseffekt. Displaced and carefully placed toys, memorabilia, gadgets, everyday objects are presented before the viewer’s eyes as learning tools, to be looked at again and again. And colors too. A spectrum of colors is indeed treated the same way: as surface, as collected object.

Haim Steinbach presents his work at Galerie Hubert Winter with care, that is to say, giving careful consideration to its architectural passages and peculiarities; through his shelves, boxes, frames and structures he has built a common ground for a playful, curious game. All elements are at once both the exhibited works and the framing; they are both the pointers and the point. And the rules are made and remade according to the relationships– general and individual–between the objects. They are all partially concealed, partially shown and partially said. After all “If a lion could talk, …”3