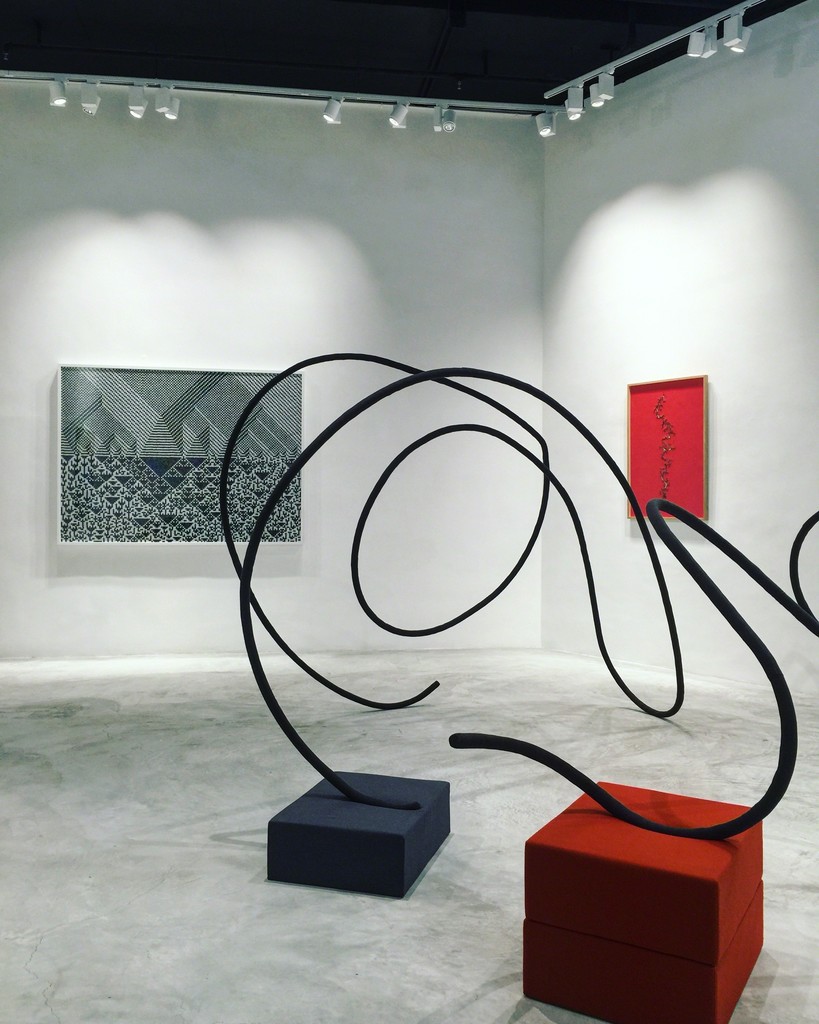 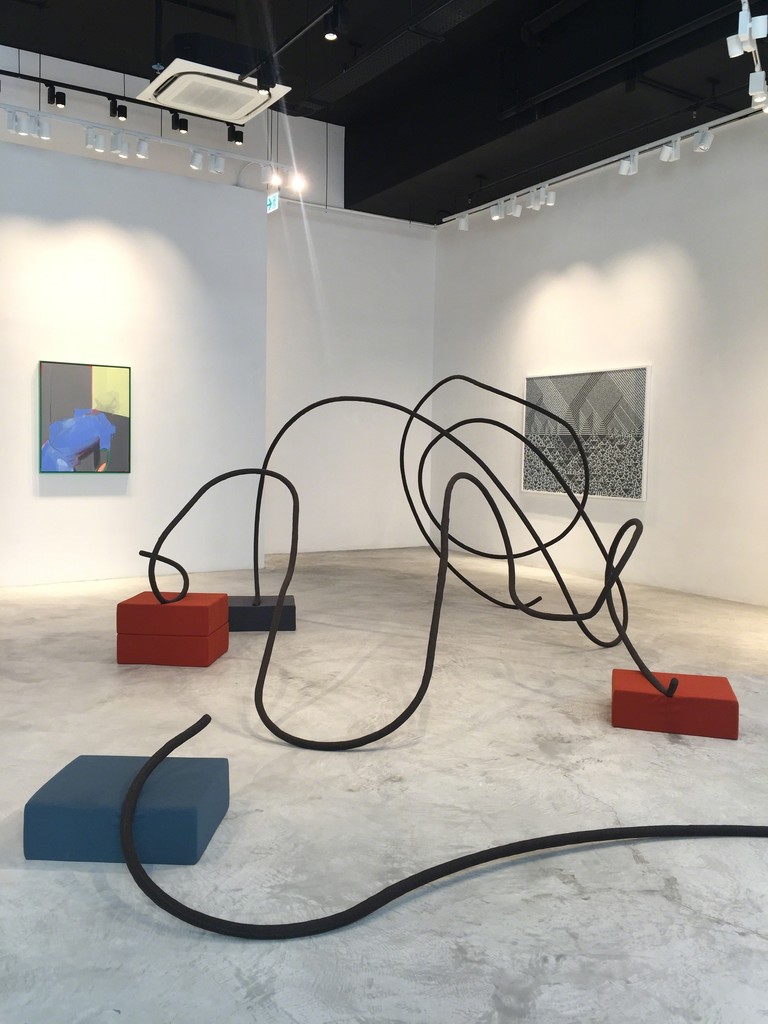 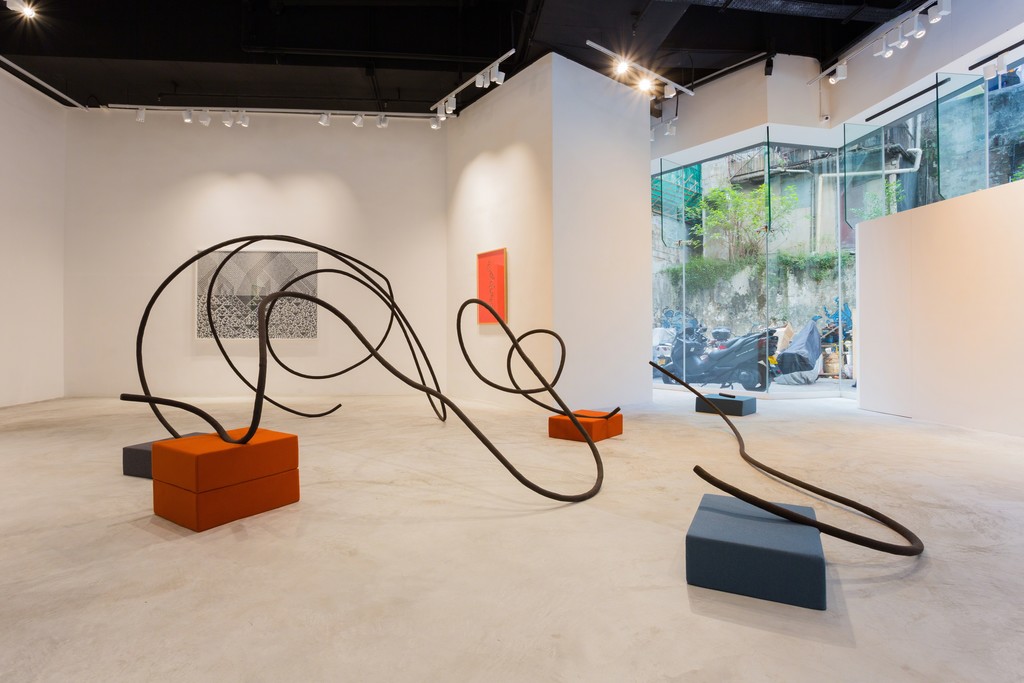 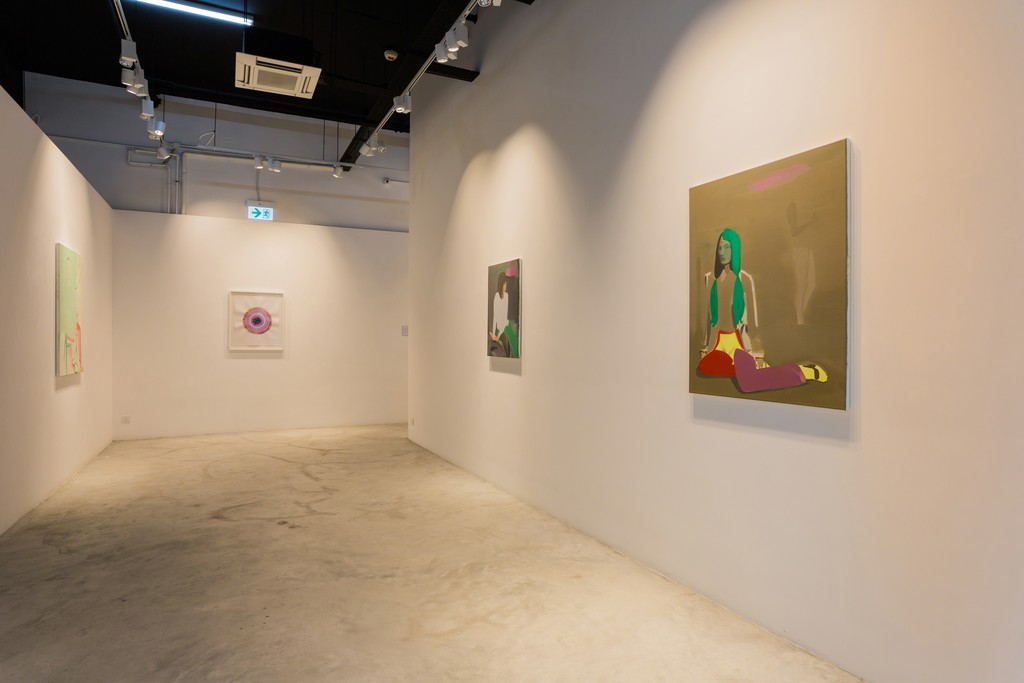 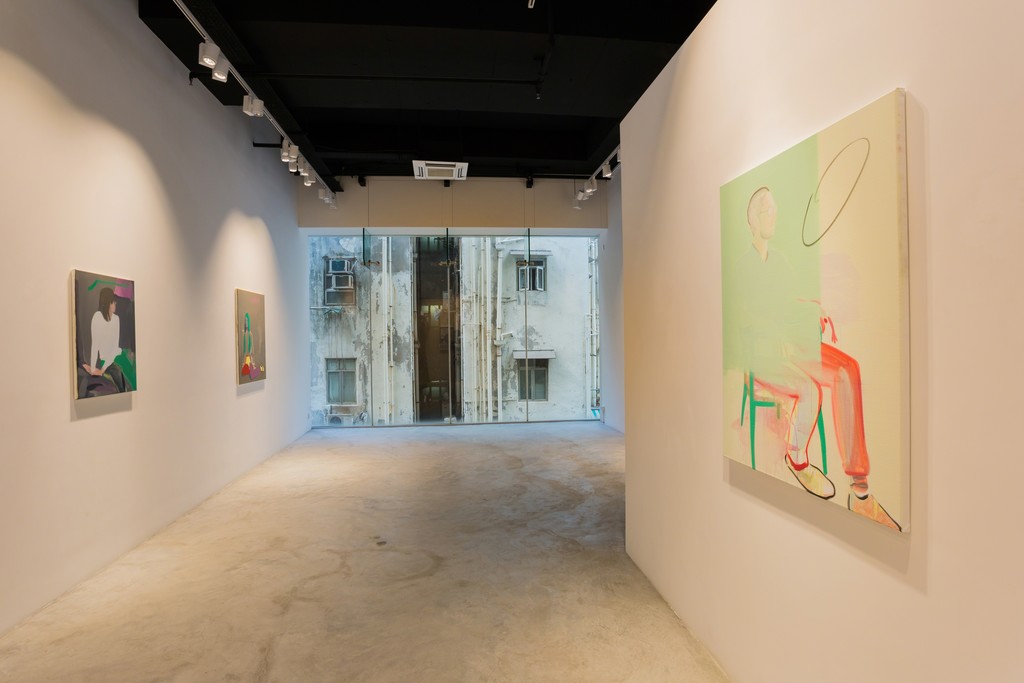 Starting from the concept of a pencil line delineating its own space, ‘A Point of Signification’ presents a selection of new and recent paintings, sculpture and mixed media works on paper that create a dialogue between metaphysical space and physical form and matter. Exploring examples of how each artist creates context within their practice for happenstance to occur and how this ultimately allows the pieces to define their own space and intention.

Isabel Nolan makes objects that work to communicate the contingency of existence; artworks, which intimate that the search for beauty and meaning is both fundamental and absurd. Her series of sculptural barriers and free flowing three-dimensional drawings demonstrate an architectural sensitivity, cutting across space, and encouraging its collaboration with the work. In the main gallery, ‘Soft Stillness and the Night’ weaves deftly, as a line drawn in the air, across the room. We find the actual shape and form, the ‘lead mark’ of the ‘drawing’ comprises lengths of steel tube, encased in fabric, that twist and turn in on themselves. These elements rest upon or pass over low fabric covered foam plinths. The weight depresses the surface, and beautiful hollows or dents are formed where the foam block cradles the steel line. At certain points, the piece appears to be laying in wait, as though it is crouching, waiting to pounce. Seen from other perspectives, there is a sense of withdrawing or retreating. The layering of opposing materials where the soft meets the rigid invests this tension and the playful yet precise positioning of the elements is signatory of Nolan’s sculptural vocabulary. From some views, the broad gestures flatten into multiple beautiful satisfying tableaus and when one walks in its midst, and studies its intimate, soft stitched surface, one finds a very different creation. In the simplest sense the elements in the work seem to be either coming together or moving apart and never feel entirely pacific - proximity and distance creates the sense that these are still things which have something to say about change, difference, and the passage of time.

Viewed from distance, Troika’s ‘Path of Least Resistance’ pieces resemble traditional ink drawings, yet upon closer inspection, one notices that the tributaries are, in fact, naturally occurring scorch and burn marks. By engaging with the powerful workings of nature itself, the artists create the perfect conditions for the lightning generated by a storm, to both draw and create its own image. A more controlled scientific logical approach finds ‘Calculating the Universe’ – a binary piece comprising 23,900 black and white dice, and is created by applying a set of simple algorithms and rules, which one might expect to then follow a predictable pattern. However, at some point in the process, the piece begins to create an image of its own volition, in this case, a landscape. ‘Drawing Together Drawing Apart’ is painting in its purest form. By painting water continuously in between two concentric circles of ink the two rings assume an inward and outward directionality. Even if united by the same cause, the edge of the drawing bleeds out in a sort of colourful membrane while its nucleus converges in a darker central blot.
The series draws on Troika’s interest in the generative potential of control and explores the paradoxical fact that, while forcing in the same instance an element of constraint and release, the result is as unpredictable as it is harmonious, visually defusing the limits imposed by the composition. As with the other works, this piece transforms itself during the process. Troika’s overall practice ‘considers the relationship between rules and concepts of randomness and chaos’. The three pieces illustrate this by setting up certain conditions, compelled by rules and control, yet with the opportunity for happenstance, where no outcome is predictable.

Tom Gidley’s subliminal portraits transition us to an erudite and fictional space. They can be perceived as a study and, with the subject’s gaze, looking outward beyond the canvas, inform by the participatory act of viewing, another dimension, and thus a contextual trinity. Some portraits suggest faces, their features mostly removed, leaving an echo of the subject. This revelation of the canvas behind the image makes it possible for the viewer to, perhaps bring their own subjective vision to the painting. Gidley’s careful deployment of tender brush strokes allows for only the most essential information to be transmitted. Such subtle use of paint creates a unique language where the viewer can form her own interpretation.

‘A Point of Signification’ presents an opportunity for a visual, physical and psychological connection to the varied and multi-dimensional pieces of Gidley, Nolan and Troika. Viewed collectively, we find Nolan’s optical three-dimensional drawing, Troika’s organic pieces created by controlled chance, and Gidley’s thoughtful portraits that play to the sublime, together speak of a process where the works achieve an open ended narrative that is punctuated by our own visions and interaction with the work.