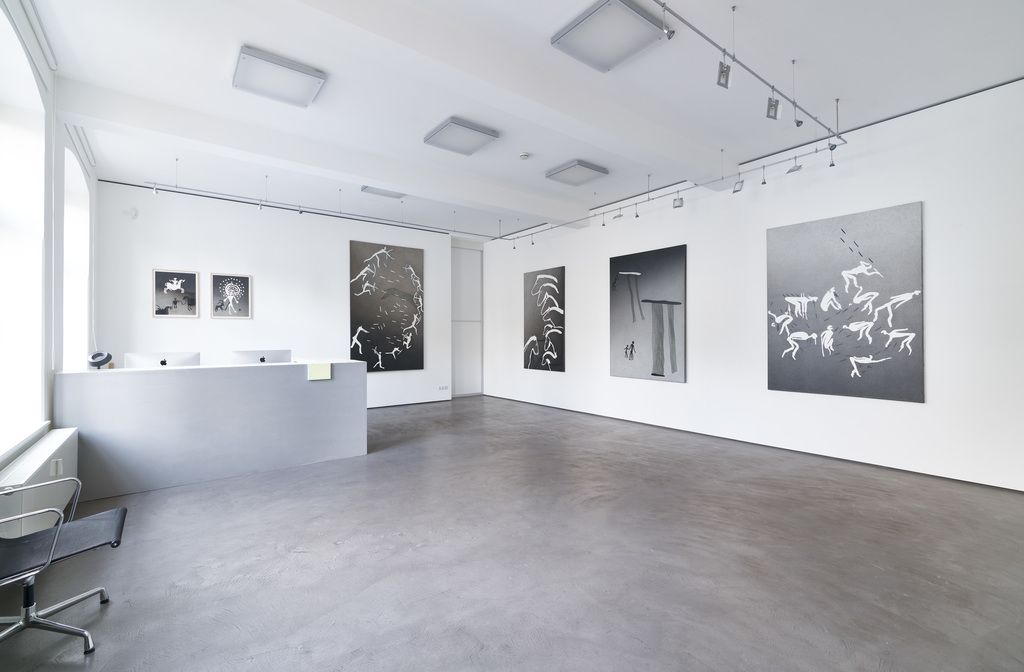 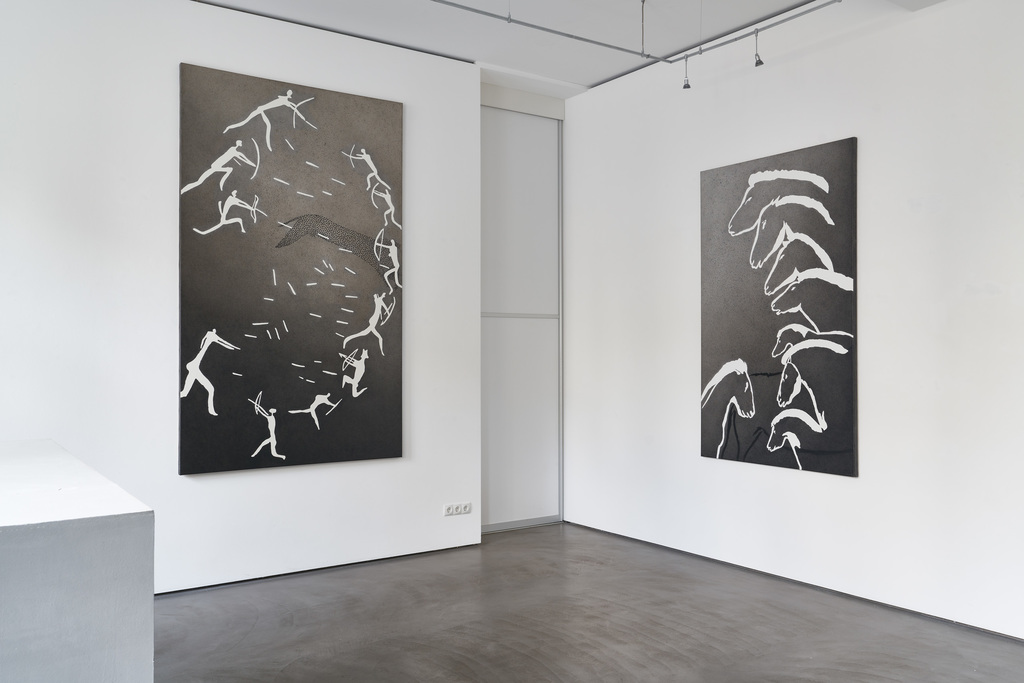 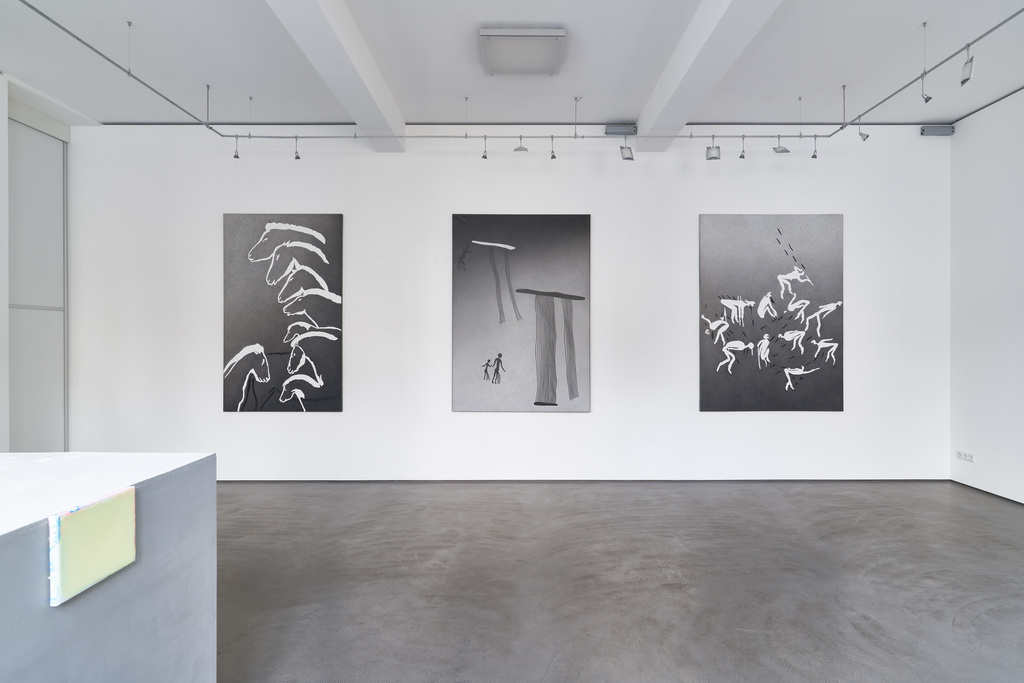 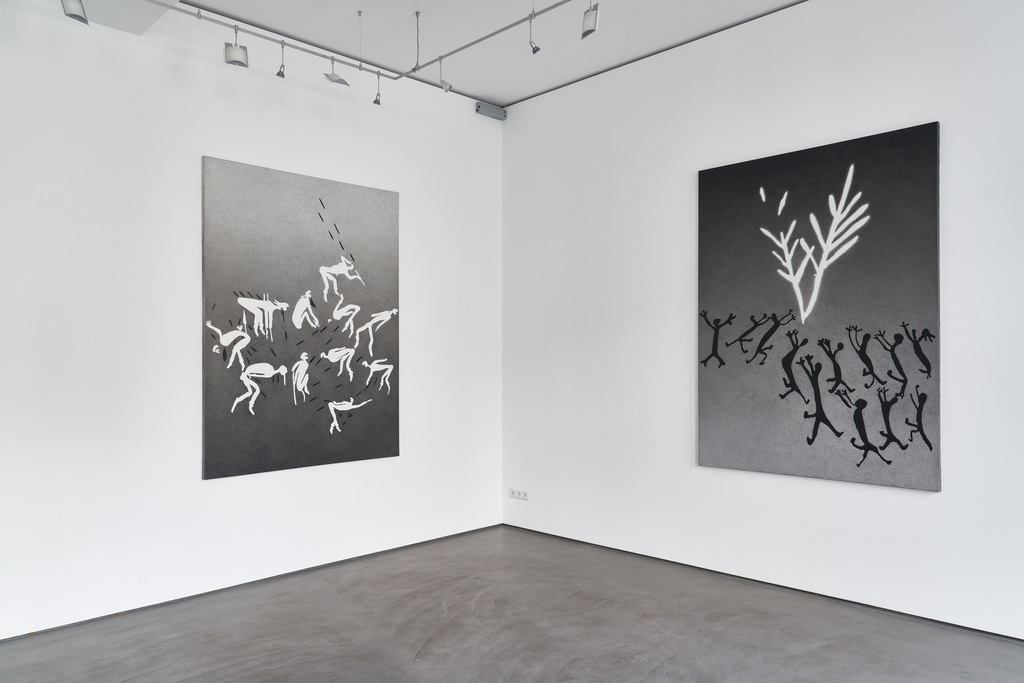 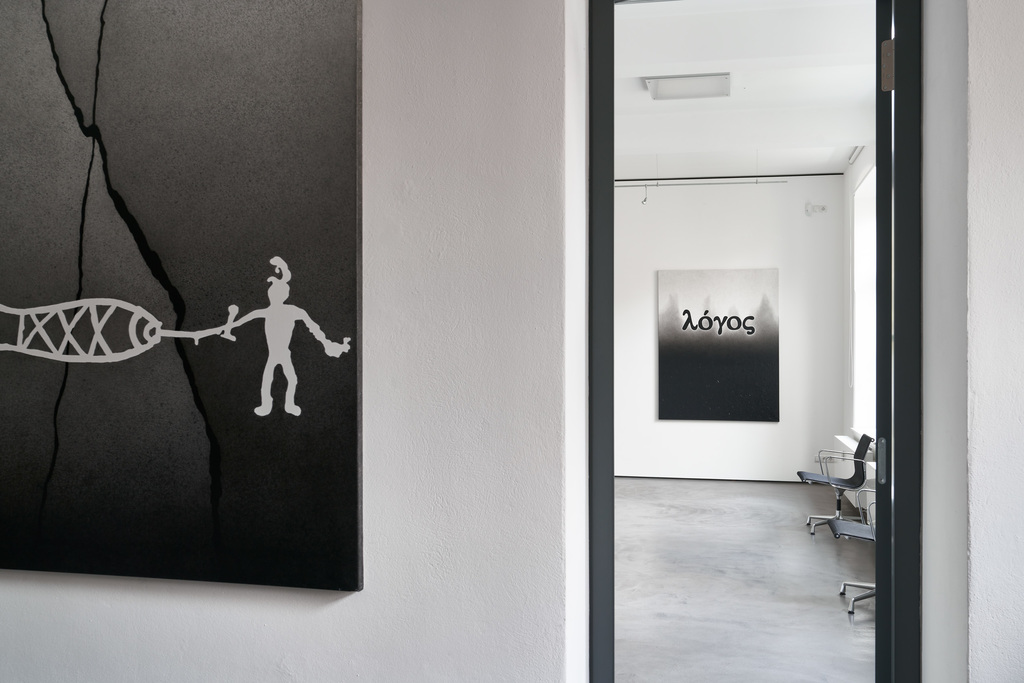 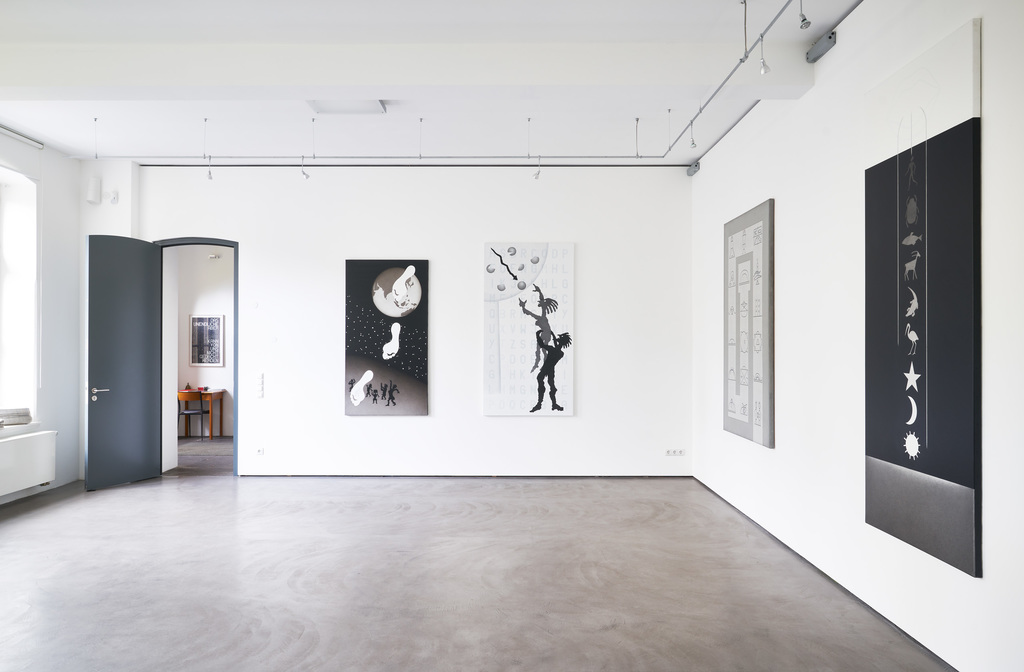 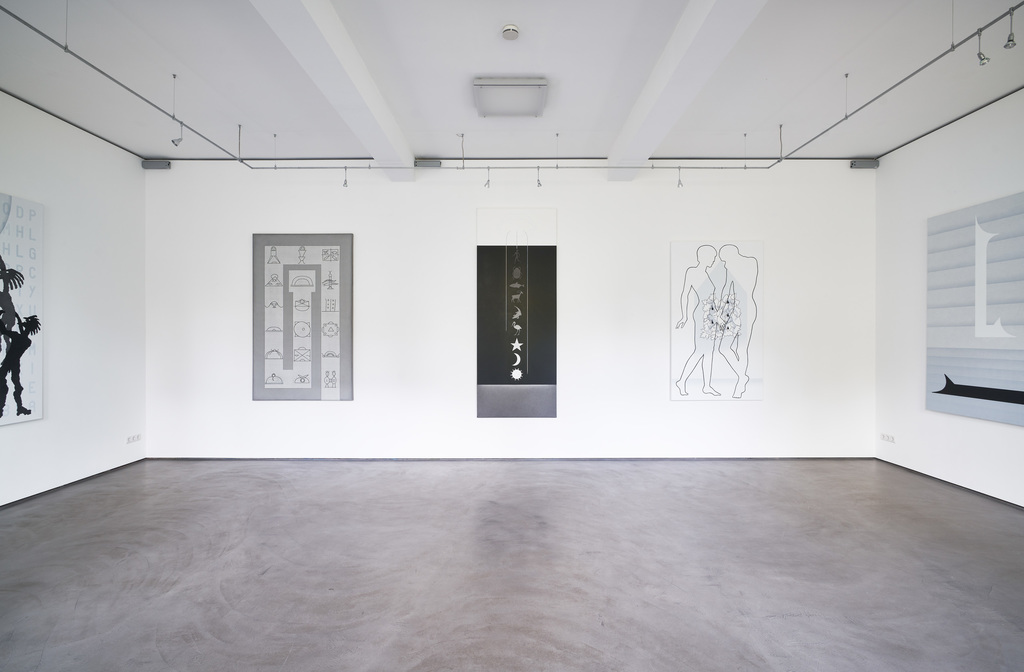 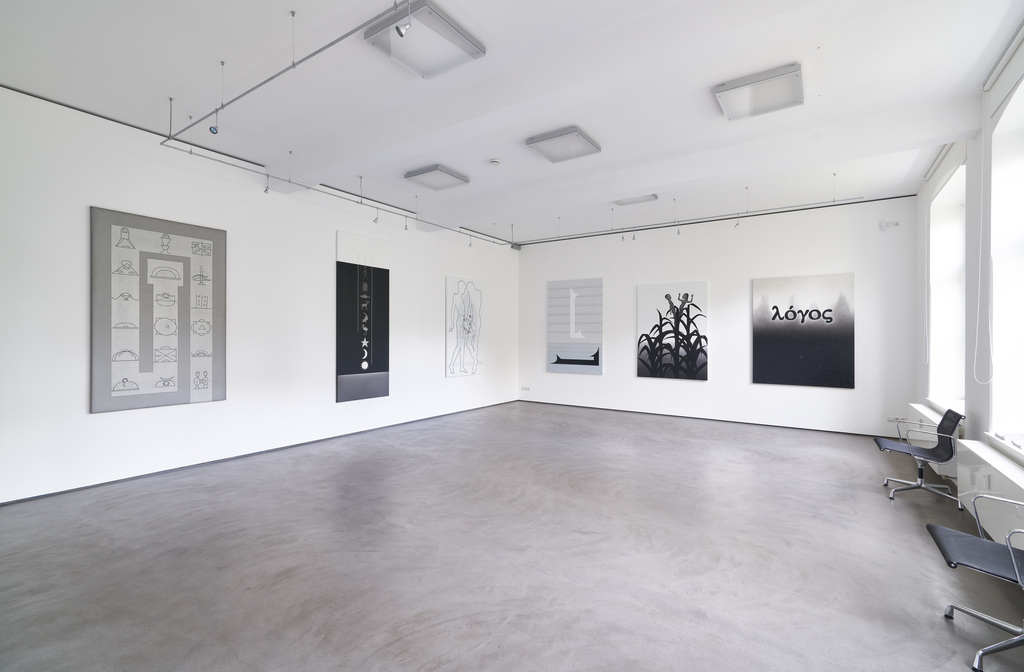 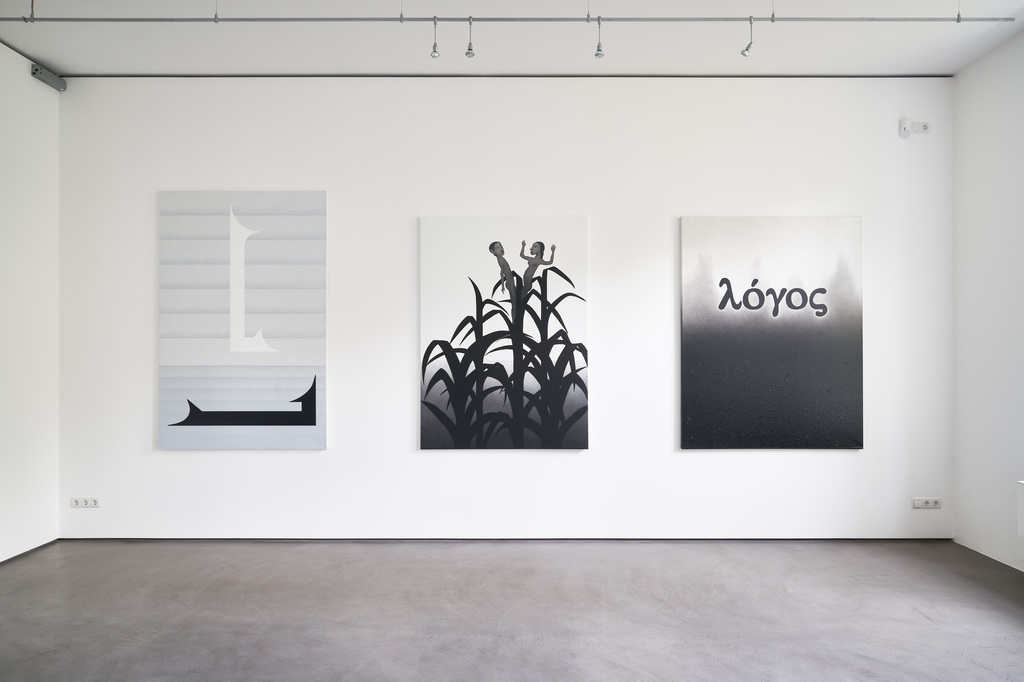 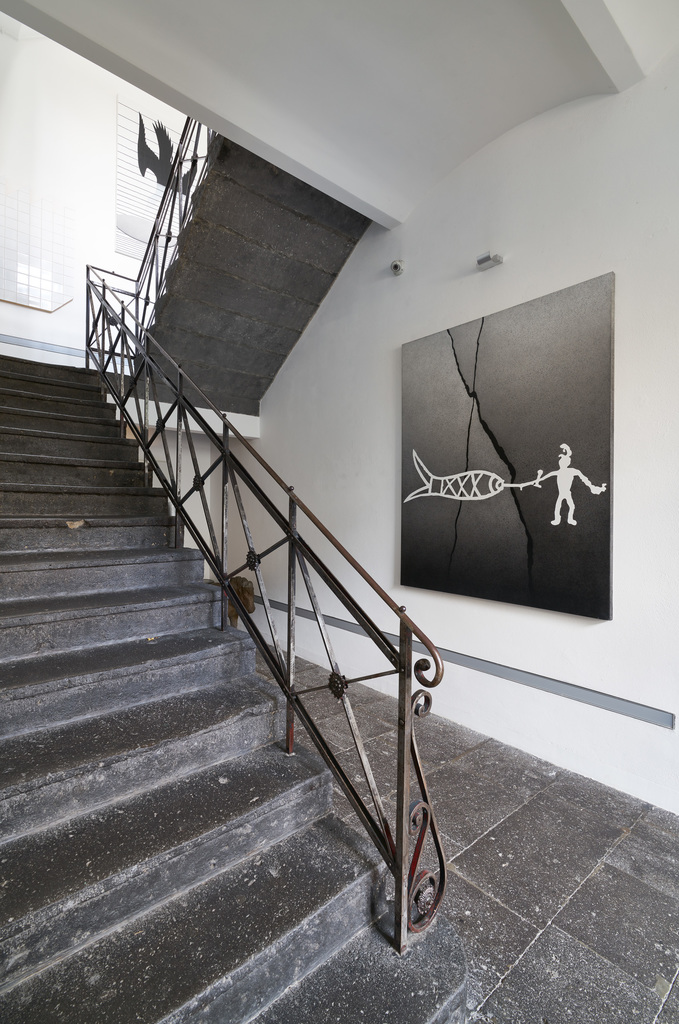 Rune Mields (*1935, Münster) is showing works from the series GENESIS and TIKATOUTINE in her second solo exhibition "Formel + Reflexion" at Galerie Judith Andreae, Bonn.
Since the end of the 1960s, the Cologne-based conceptual artist Rune Mields has been working with systems of order that structure the world in many different ways, making it more comprehensible and understandable. In her way of working, she examines central and complex phenomena of human cultures. Numbers, notes and ideographic signs dominate her work, but so do systems of cultural history and myths:
“I work with and on systems that exist but have often not yet been examined for their visual character. Some of these systems today are no longer necessarily perceived as rational, but rather as magical or mythical, but they too have their origin in the human ratio and the desire to recognize.” -Rune Mields
GENESIS - creation, origin, birth. Over the centuries, every culture has created its own creation myths based on humanity and existence. Rune Mields uses the various primordial myths of distant continents as the basis for her works of the series Genesis. She examines the history of the creation of Islamic culture as well as of the Christians or Lenape Indians. Despite the diversity of the myths, the artist manifests the stories in a very clear and rigorous way in her large-format canvases.
"In Tuareg, the language of the North nomadic people, TIKATOUTINE means 'remembering the past'. It is a work complex dealing with prehistoric images of human behavior, found in rock and cave paintings on all continents of the world. This series could also be described as a kind of "prehistoric genre painting". -Rune Mields
Rune Mields finds the pictorial and content-related models in parietal art, which archaeologists from prehistoric times have discovered. They show the oldest symbolic orders depicting the everyday life and environment of the indigenous peoples. These moments of history and memory can be discovered again on the large works on canvas by Rune Mields. The artist gives the works from the series Tikatoutine, on which she has been working continuously since 2004, universal titles such as: "The Fight" 2006, "The big Rain" 2005, "The Fisherman" 2005.
As can generally be found in the artist's oeuvre, all her works are painted in black and white, as well as in mixed scales of these two "colors". The works of the series Genesis and Tikatoutine have all figurative contents.
The exhibition "Formel + Reflexion" shows works from the years 1992 to 2019 that deal with past narratives of myths and stories of creation since the beginning of mankind as well as with current topics such as the question of our own origin and role on this planet: "Genesis: Before the Fall of Man" 2019.
The works of Rune Mields, award winner of the Konrad von Soest Prize, Münster (2009) and the Gabriele Münter Prize (2000), have been shown in recent decades in exhibitions such as: at the Nassauischer Kunstverein Wiesbaden (2019), KOLUMBA Museum Köln (2012) LWL Landesmuseum Münster (2009), Von der Heydt-Museum Wuppertal (2005) and Museum Ludwig (1982) and are part of national and international public collections such as: Museum Ludwig Cologne, Kunsthalle Bremen, Museum of Fine Art Budapest, and Kunstmuseum Bonn.