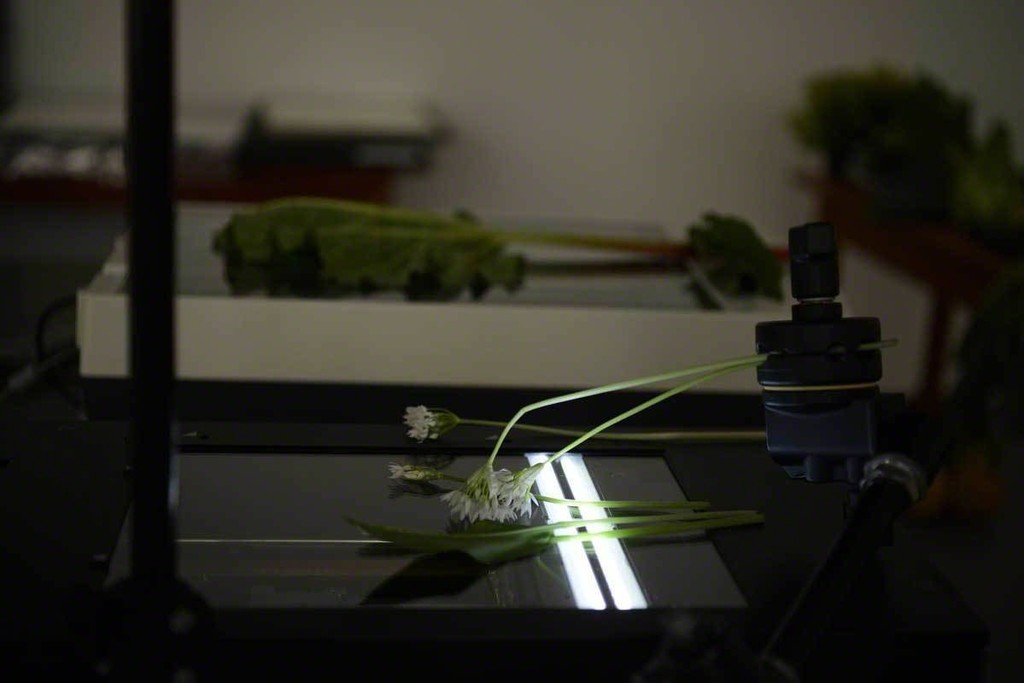 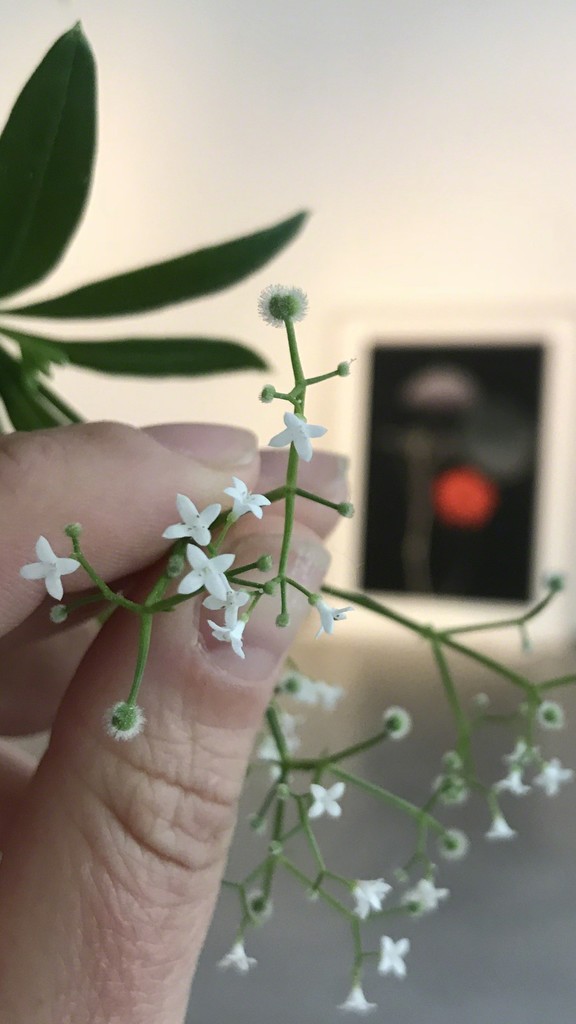 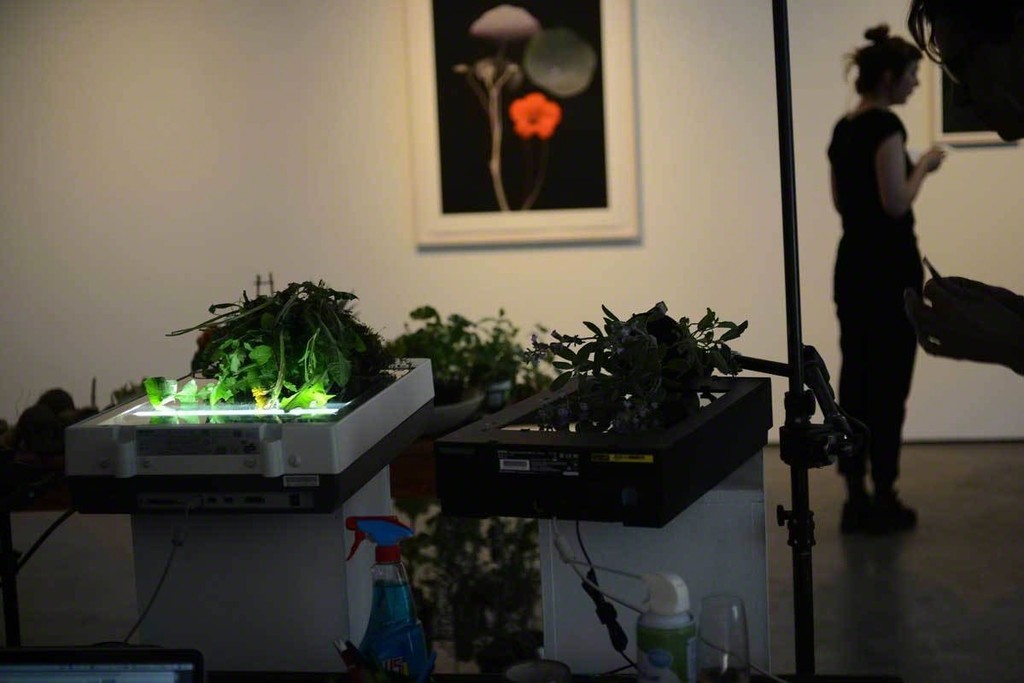 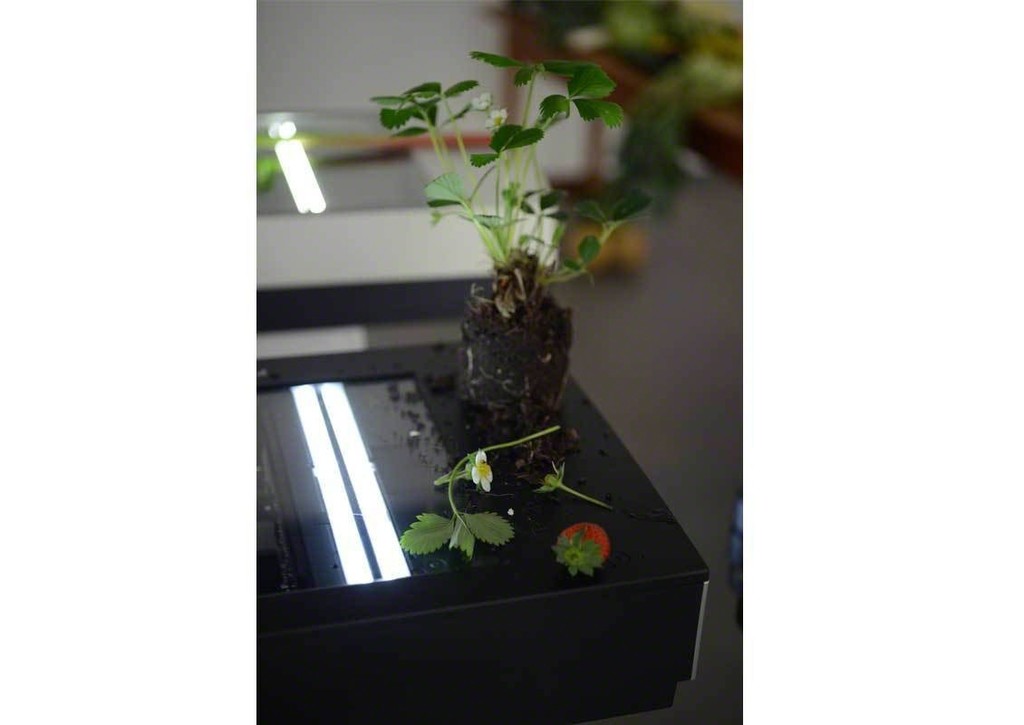 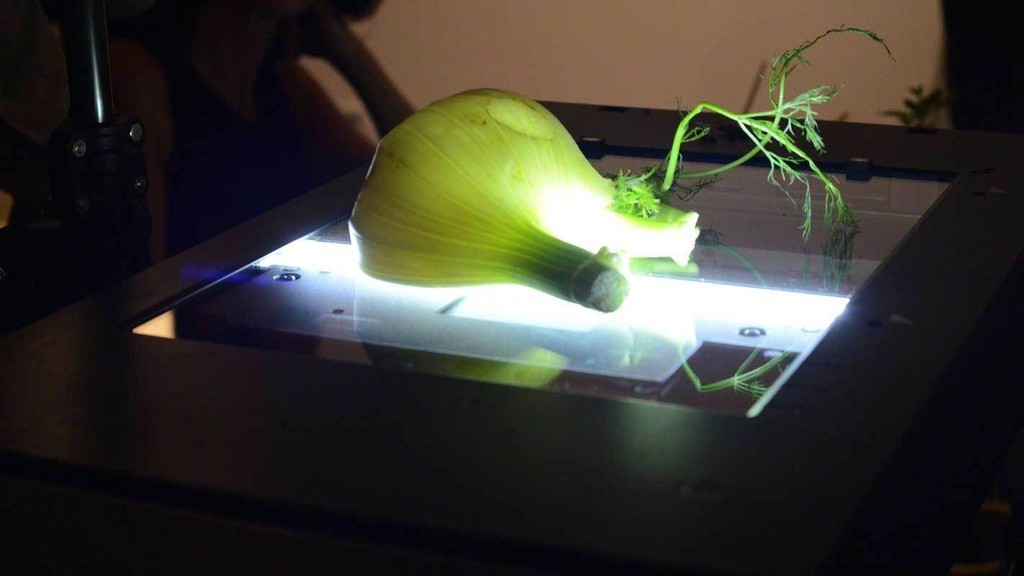 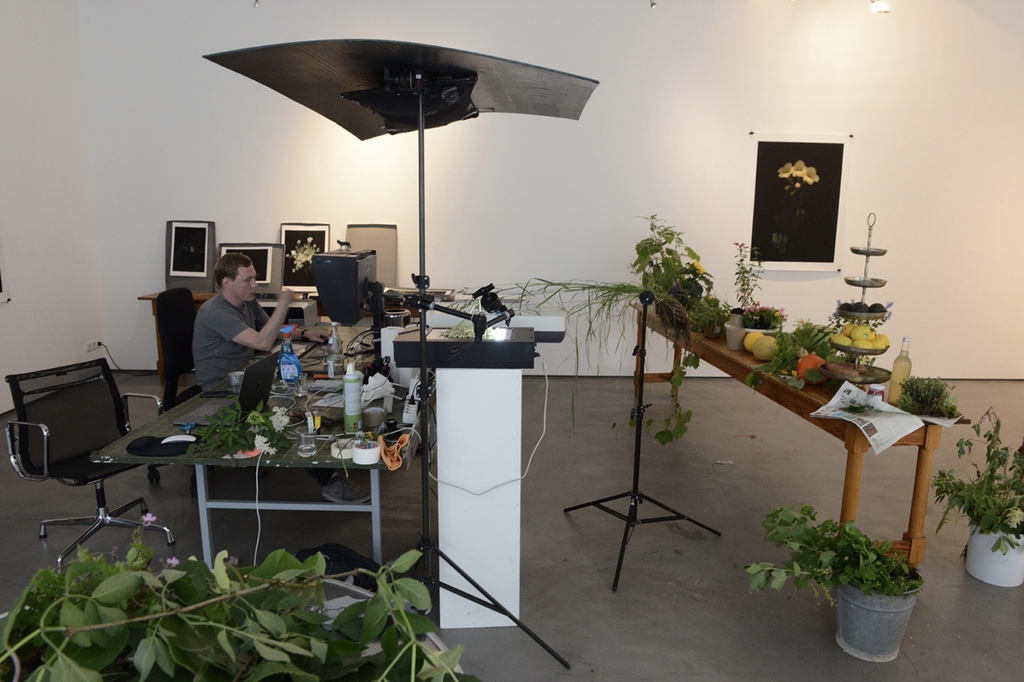 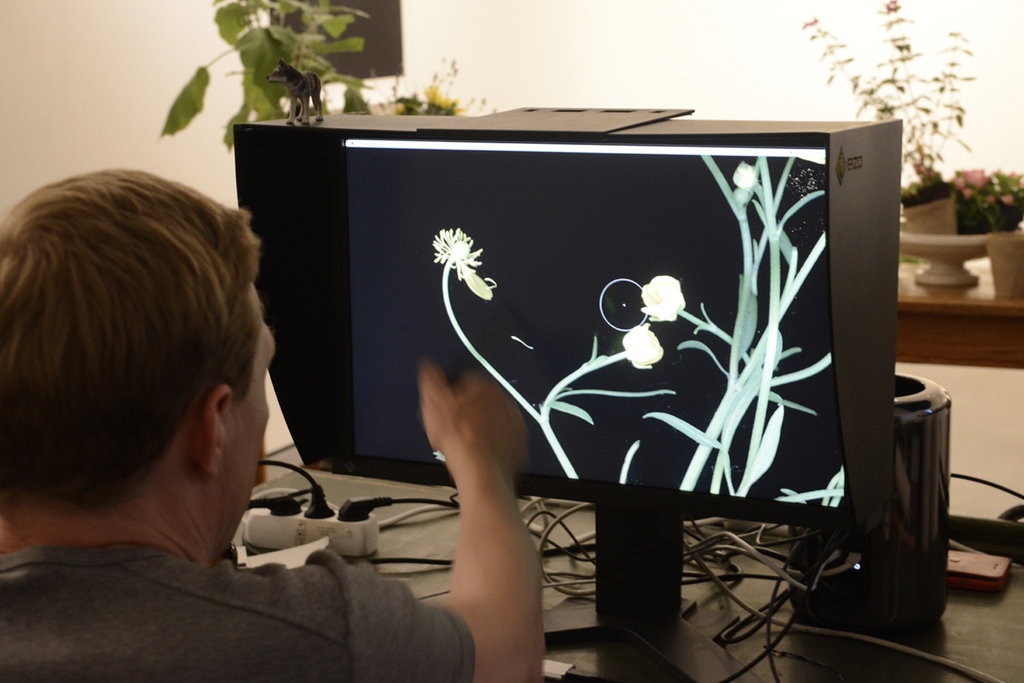 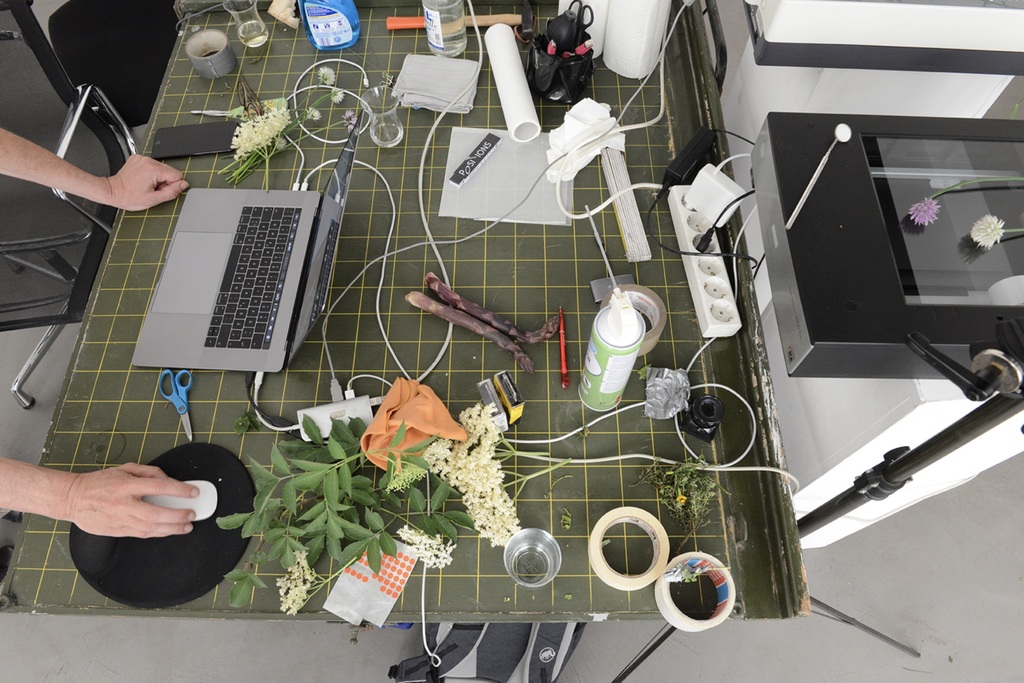 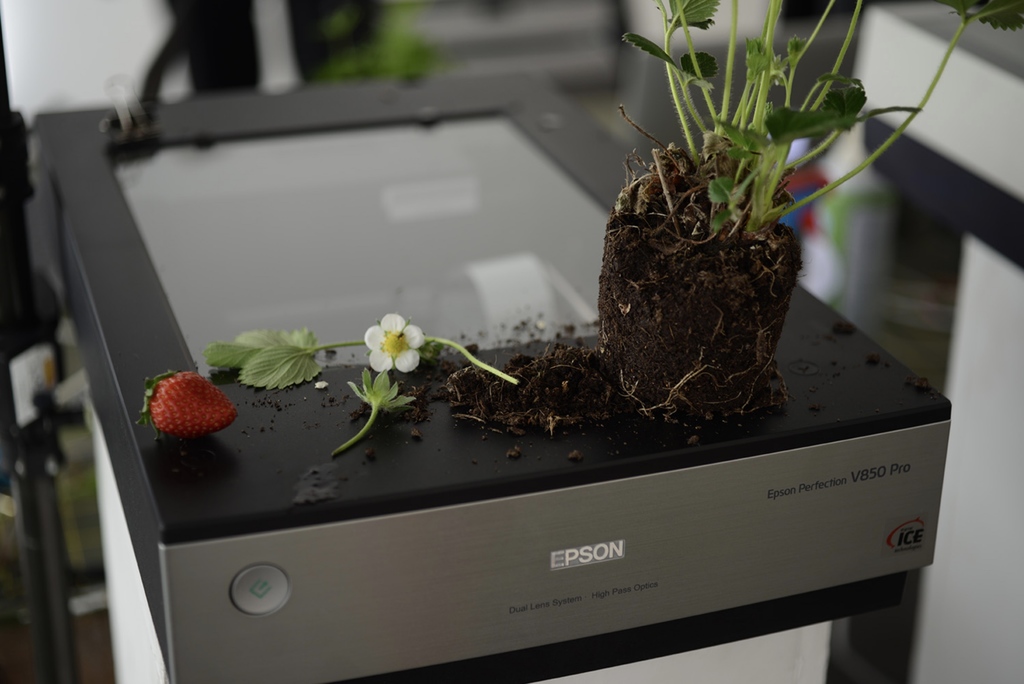 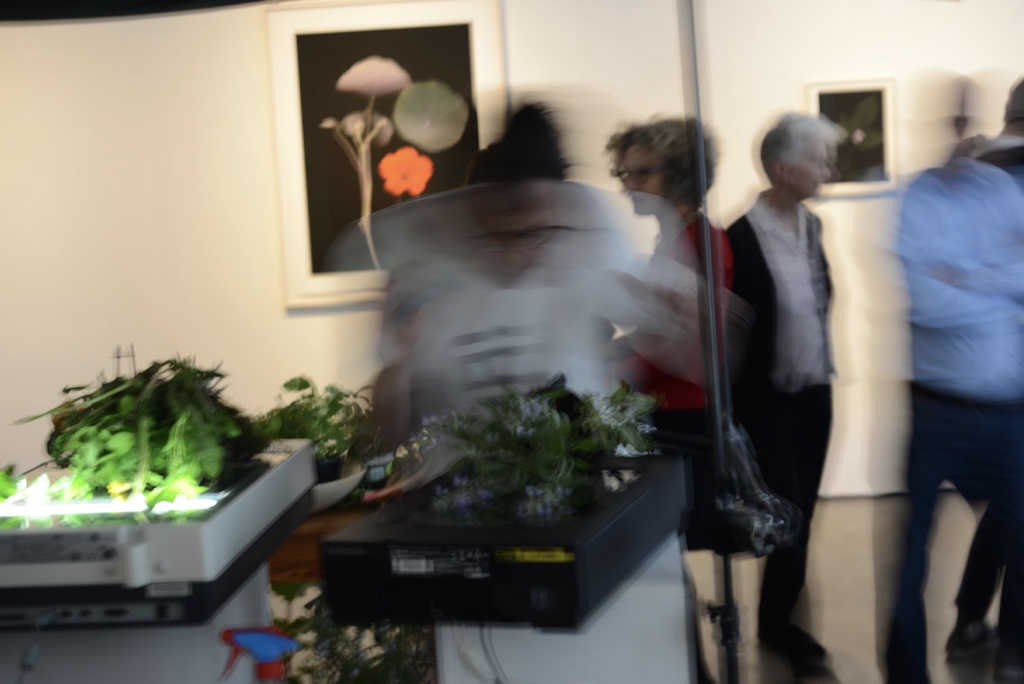 In the exhibition 'The_Vegan_Scanning_Cooking_Printing_Project', the artist is dedicated to the ethical and ecological aspects of a vegan diet and brings visitors closer to the culinary richness of an animal-free cuisine. Meat consumption contributes more to global warming than all global air, ground and shipping traffic combined. More than 50 percent of the climate impact derives from the consumption of meat and other animal products. A diet that avoids or reduces animal products is therefore "active climate protection". In a medial cooking performance seasonal vegetables, salads, fruits and other plants are scanned with high resolution and the food is then processed by chefs into vegan dishes. Simultaneously with the preparation of the vegetables by the cooks, the digital data are processed in the computer, printed out as modern still lifes and presented in the exhibition space as unique pieces in museum series.
The_Vegan_Scanning_Cooking_Printing_Project thus follows the last major project by Achim Mohné on the forecourt of the Bundeskunsthalle. With the work 0,0064 MEGAPIXEL - Planet Earth Is Blue And There Is Nothing I Can’t Do the world-famous NASA shot of the Apollo 8 from the year 1968 was subdivided into over 6000 pixels and reproduced from colored concrete blocks on the forecourt. A symbol of environmental and climate protection, an

indication of the fragility of our "blue planet", which goes back to space through satellite images and 50 years after taking it around the world again.
Achim Mohné studied at the Folkwang University of the Arts in Essen and then at the Academy of Media Arts Cologne with Jürgen Klauke and Valie Export. Since graduating in 1997, the media artist has been working with the medium of photography, video, installations, public space, internet and sound. National and International Projects, Solo Exhibitions, (Luther and the Avantgarde, Wittenberg, 2017, Moscow Biennial, Global, Karlsruhe, 2015, 2014, SOUND ART, ZKM 2012, Artificial Light as Light Art, ZKM 2006 Iconoclash ZKM 2001, CTRL Space ZKM 2002), as well as art on construction projects (House of Electronic Arts, Basel 2015, UdK Berlin, AdK Berlin, Edith Russ House, Kumu Museum Tallinn).
Together with Uta Kopp, Achim Mohné founded the project REMOTEWORDS in 2007. Oversized lettering has been placed on 35 stations on 5 continents and carries its message via satellite images, Google Earth and Apple Maps in the digital world.