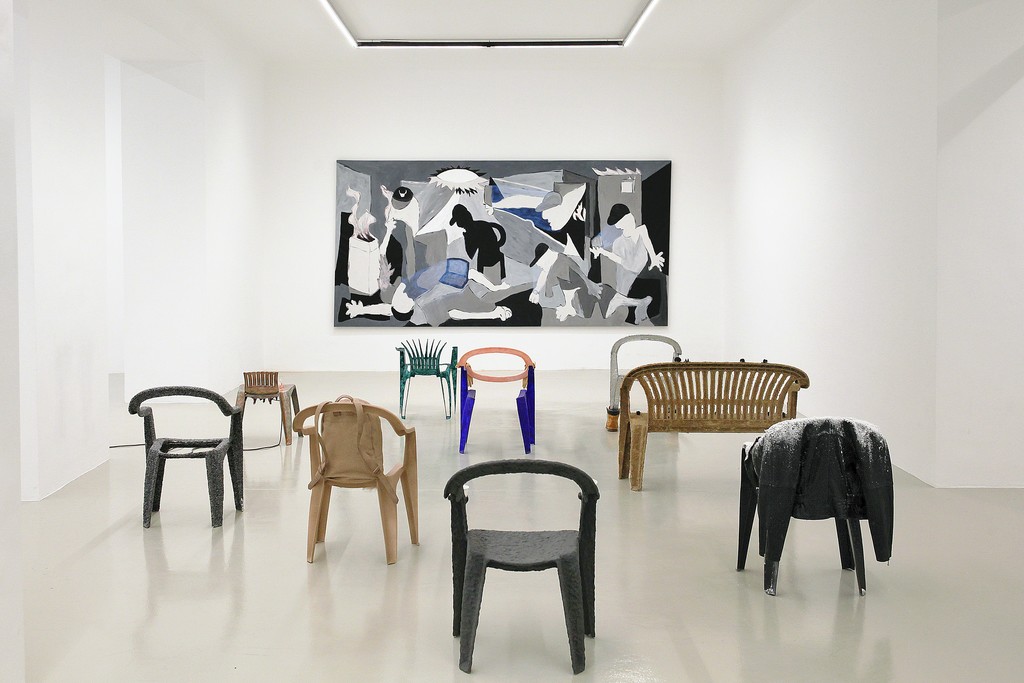 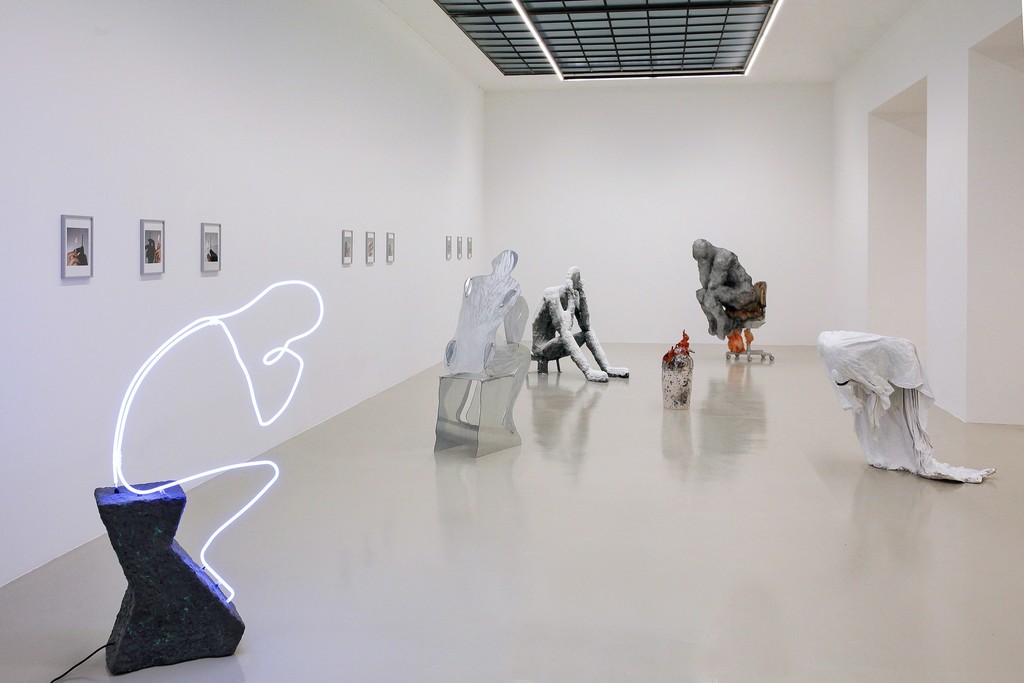 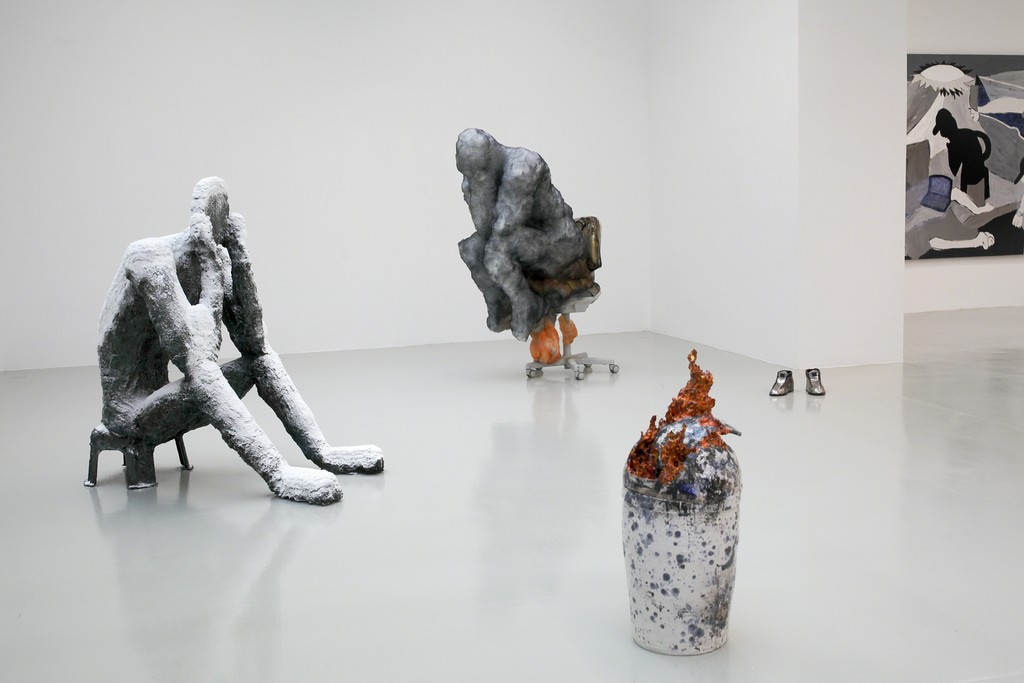 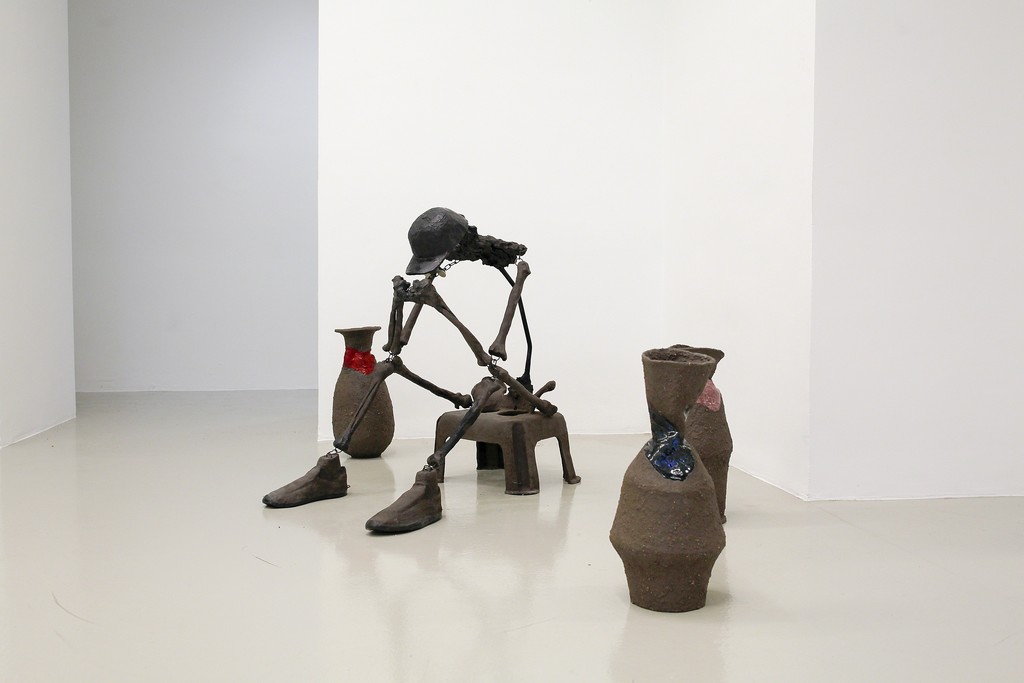 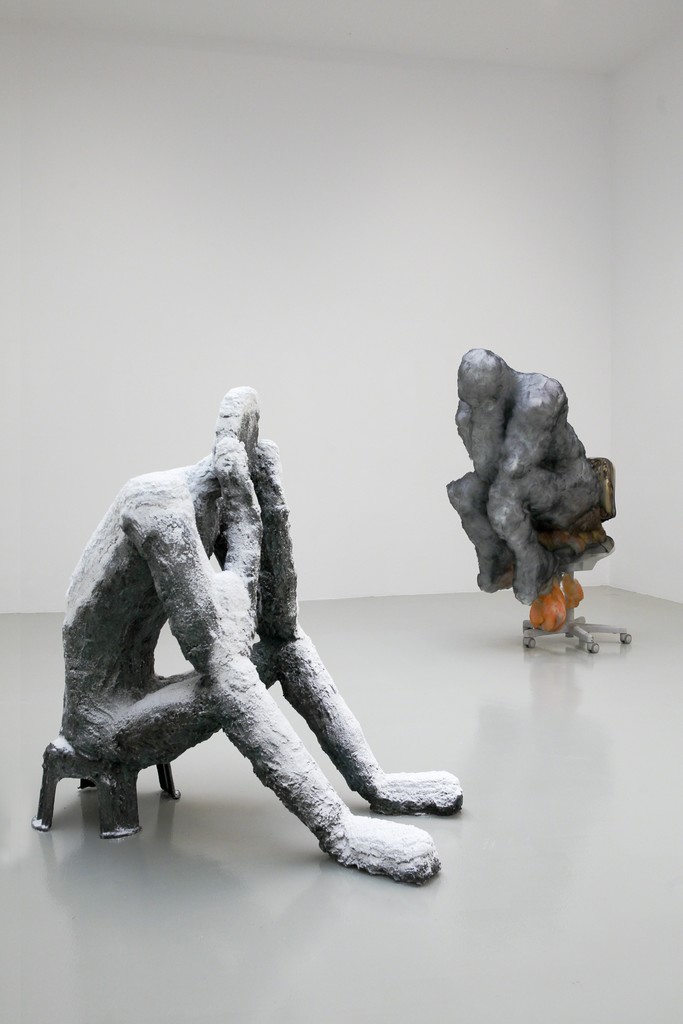 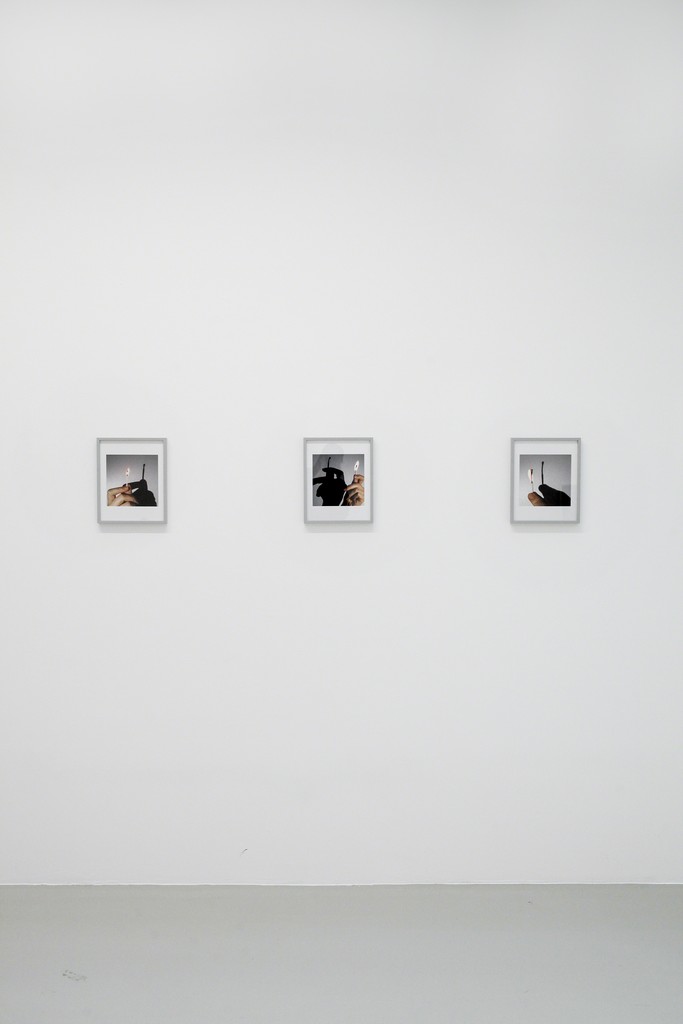 Winter is always a state of hibernation. We all retreat into our own spaces. Just as Plato’s character returned to his cave, we return to ours, in an attempt to escape the chilly reality. In this state of hi- bernation there is no longer the desire to move, we become static.

This static reaction to winter is reflected in Lindsay Lawson’s show ‘Wokeness'. She - for the first time in a solo exhibition - is reshowing a previous work, ‘Der Denker.’ This neon sculpture exists in the permanently static state of contemplation. All these new figurative sculptures are pondering and all of them are featureless, reflecting a chosen blindness to reality that is told to us in the allegory of Plato’s cave.
The thinker is therefore woke, however he doesn't do anything. The thinker lacks the autonomy or motivation to act.
The frozen moment of enlightenment is further represented to us through the flames flowing out of the trash bin, being denied a fluidity by being formed in ceramic, a process that requires immense heat to freeze an image of fire. This enlightenment is presented in a moment of questioning.

Lindsay Lawson is continuing to change our perspective on the nature of objects. By diminishing the utility of the chair she renders it unsittable while suggesting a human presence through anthro- pomorphism and incorporated personal effects like a draped leather jacket or a pair of gloves.