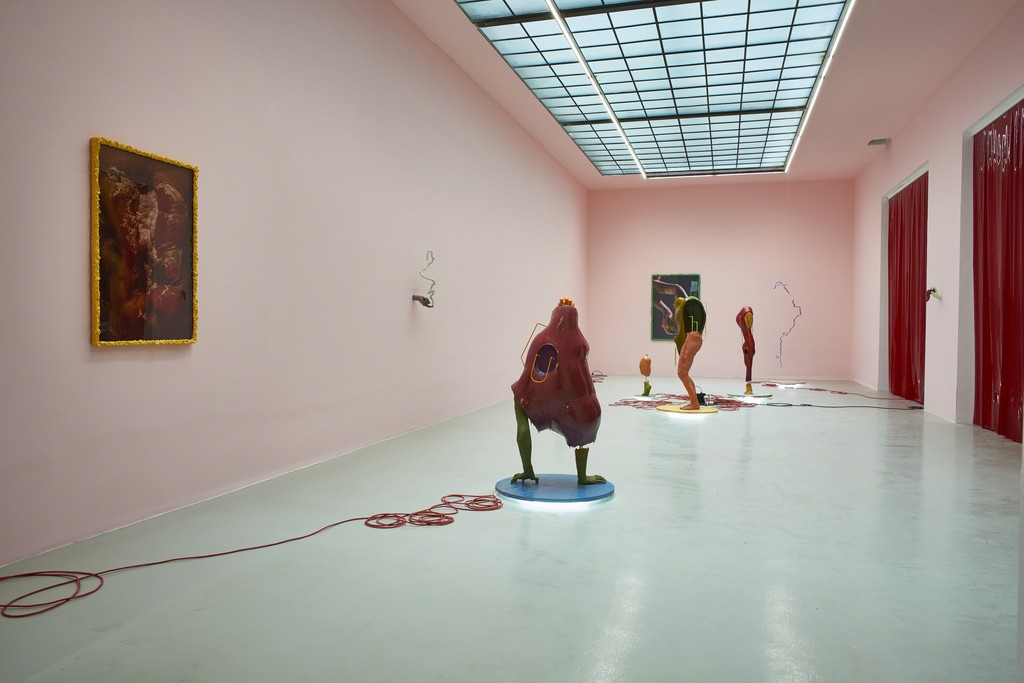 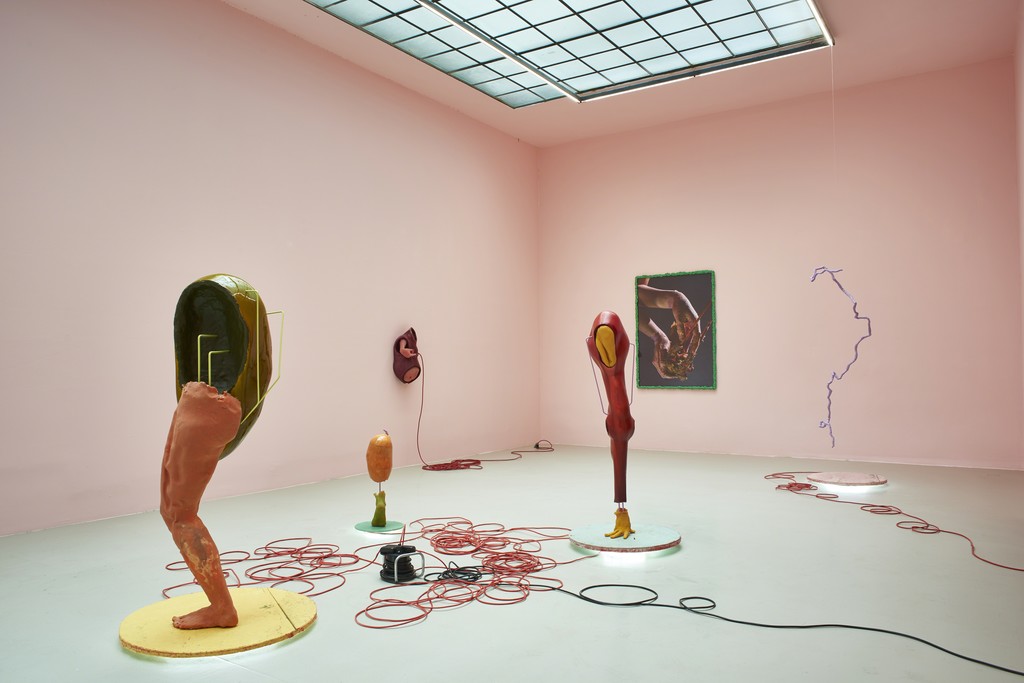 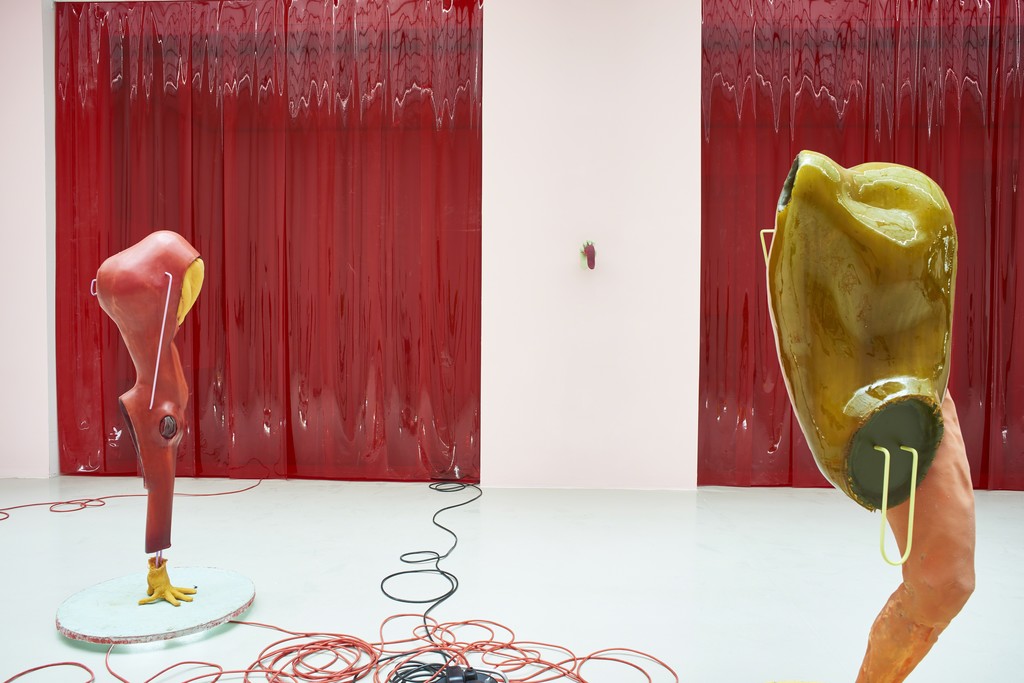 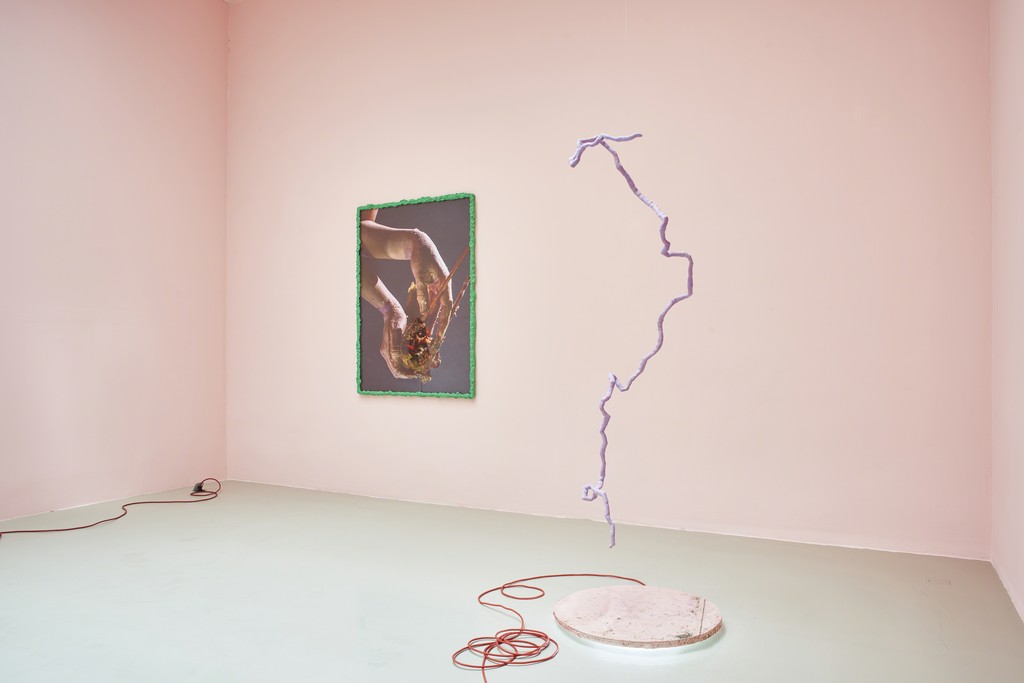 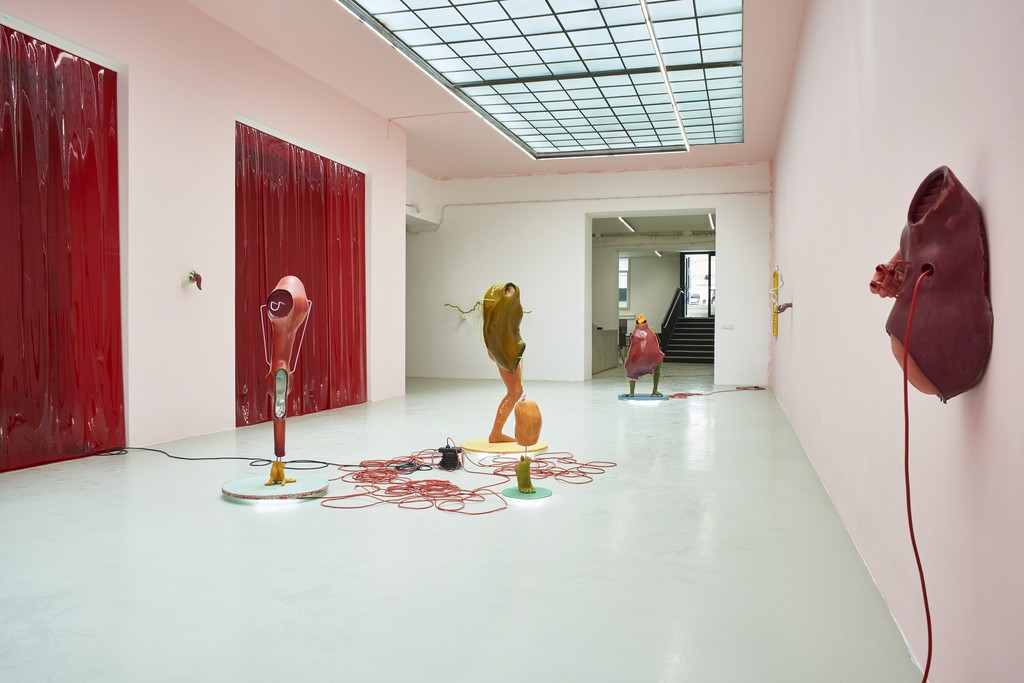 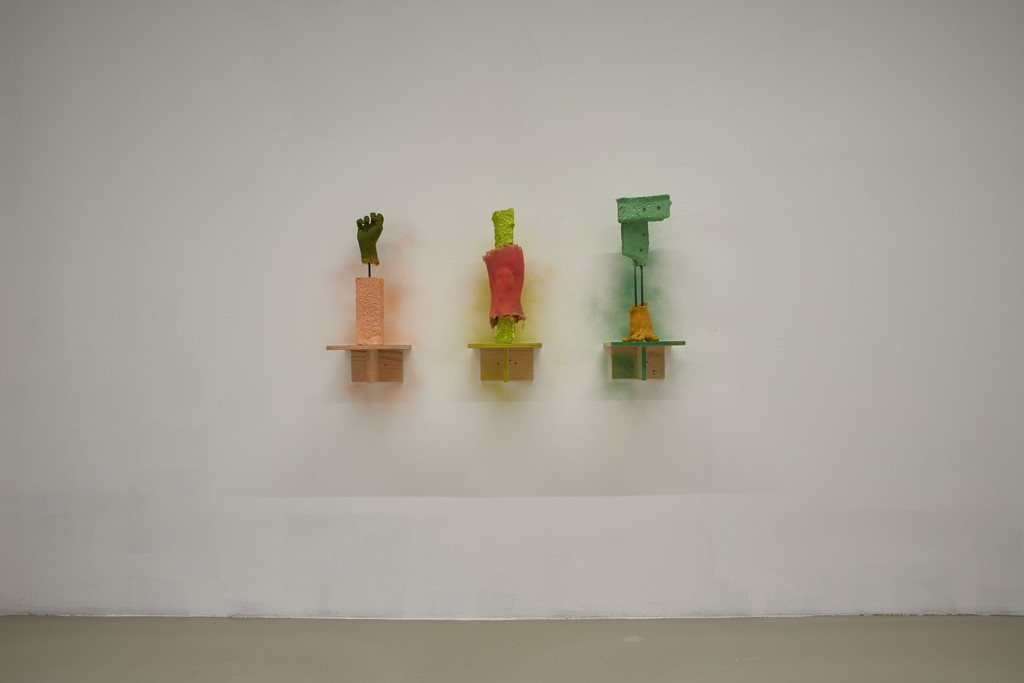 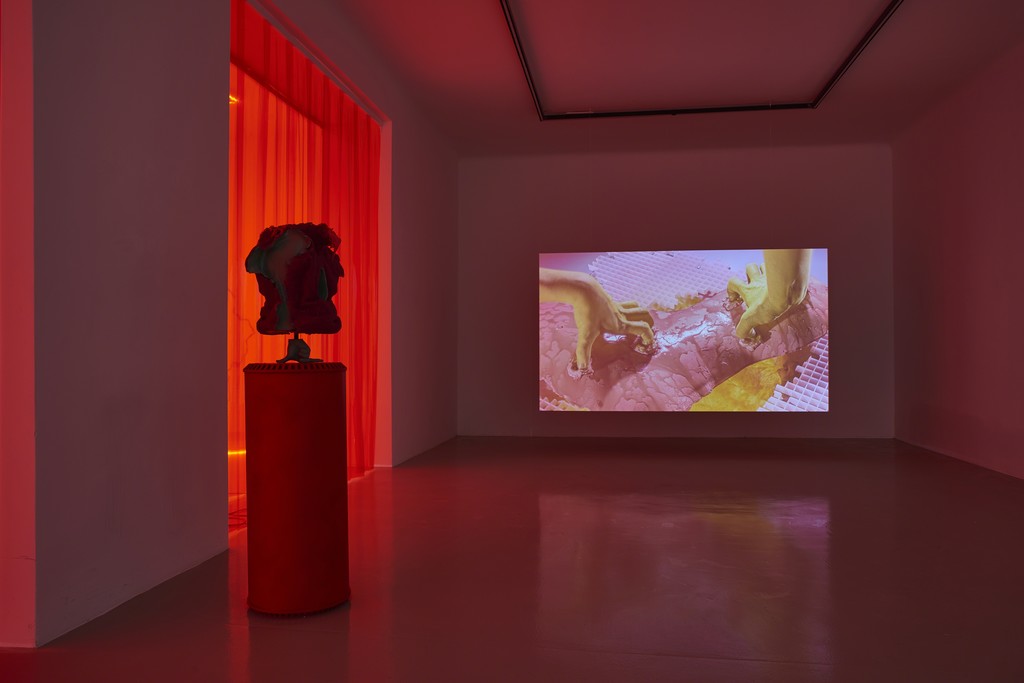 Malte Bruns (*1984 in Bielefeld, lives in Düsseldorf) studied at the State Academy of Fine Arts
Karlsruhe and at the Academy of Fine Arts in Munich. He graduated as a „Meisterschüler“ of Georg Herold at the Kunstakademie Düsseldorf in 2014. In 2017, KIT – Kunst im Tunnel showed Bruns’ works in a comprehensive solo exhibition. He participated in group exhibitions such as “Grim Tales“, 2017, Cassina Projects, New York, and “The One Minutes: The Pack – Impressions from OUR Family“, 2016, EYE Film Institute Netherlands, Amsterdam. He was shortlisted for the Nam June Paik Award in 2016.

In his first solo exhibition at Galerie Lisa Kandlhofer, the German artist Malte Bruns presents new sculptural works, photographs, and videos, dealing with the autarchic body and an independent existence of human limbs and organs. The title of the exhibition ‘Autobody' is ambiguous: initially, it signifies the shell of a vehicle, the outer bodywork that covers the technical inner workings and makes them invisible to the outside world. Furthermore, ‘Autobody' also refers to the ‘autonomous body', which leads to a - more or less visible - automatized life of its own, beyond the awareness of the human being.

Malte Bruns’ ‘body parts’ are created from the casts of the artist’s own limbs in synthetic materials which are subsequently luridly coloured and combined with one another, respectively extended. Thus, grotesque figures occur that remind of the achievements of genetic engineering - such as, for instance, the implantation of a human ear to a mouse (Vacanti mouse) - as well as referring to the creation of novel and unusual perceptual experiences by way of combining disparate objects - an artistic strategy that has existed since Surrealism.

The disabled human is not the focus of Bruns' work, but rather the (supposed) enhancement of the human being and their abilities through technology. The associations with the prosthetic industry are clearly evident, still, the artist is not concerned with disclosing or dealing with an impaired locomotory system. He rather refers in a humorous manner to the tendencies of medicine, robotics, and genetics to optimize the human body bionically. To equip it with superhuman powers. The human aspiration to bring something into existence, to carry out the act of creation, in order to improve oneself whilst also gaining a better understanding of one's own nature, is ironically countered by Bruns. The artistic act of creation turns into parody and abstraction. Historically, efforts to generate superhuman abilities were preceded by experiments within the areas of magic and the occultism, which Bruns alludes to - not entirely without a sense of humour - in his work entitled ‘Houdini’. Houdini’s magic was an illusion, still, he was an idol for generations of Americans and had the aura of an invincible superhuman.

Malte Bruns finds the central reference points for his work in literature, for instance, E.T.A. Hofmann's' automated doll ‘Olympia.' However many more points of reference come from the Hollywood and trash movies of the 1980s and 1990s. Films such as Steve Barron's ‘Teenage Mutant Ninja Turtles’ from 1990, the costume of which had been created by Jim Henson’s special effect studio Creature Shop, or the ‘Batman’-movie by Tim Burton that was released in the same year and featured Jack Nicholson as the supervillain ‘the Joker’. Especially the monsters of these (or similar) movies, their fantastic heroes and repellent villains, constitute the sources for the artist’s absurd creatures. With their ‘handmade’ aesthetic, familiar from the prop rooms of last century’s Hollywood, Bruns’ works contrast the polished facades and the smooth surfaces featured in today’s technological productions. Malte Bruns’ sculptures are executed by himself, in his studio, at times supported by an assistant. Occasionally the studio floor becomes part of the artistic work: Bruns takes a cast of the floor segments the respective work was produced on and thus transfers the structures and the signs of wear onto the pedestal of his sculpture.

Malte Bruns plays mischievously with disgust and revulsion. For the literary scholar Julia Kristeva the cadaver, the ‘fallen object’, is the climax of abjectness (lat. „abjectus”: low, sordid, vile). Bruns’ body parts appear to resist decay, appear to have an uncontrollable life of their own, beyond comprehensible and goal orientated courses of action, in which stimulus and motion remain perpetually
present.