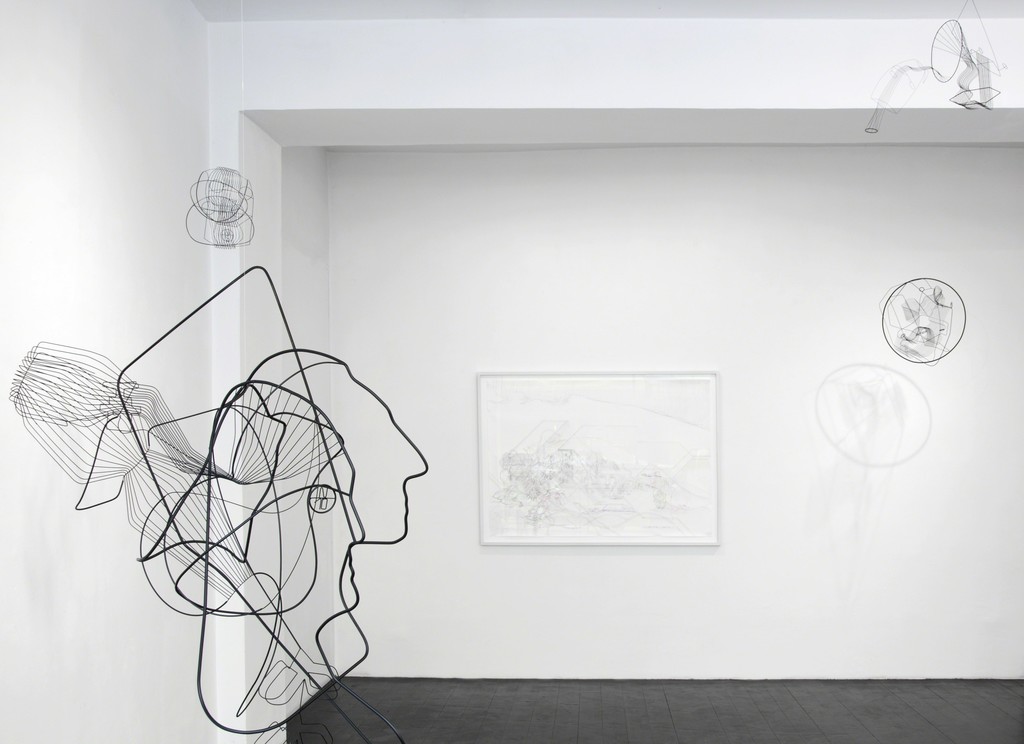 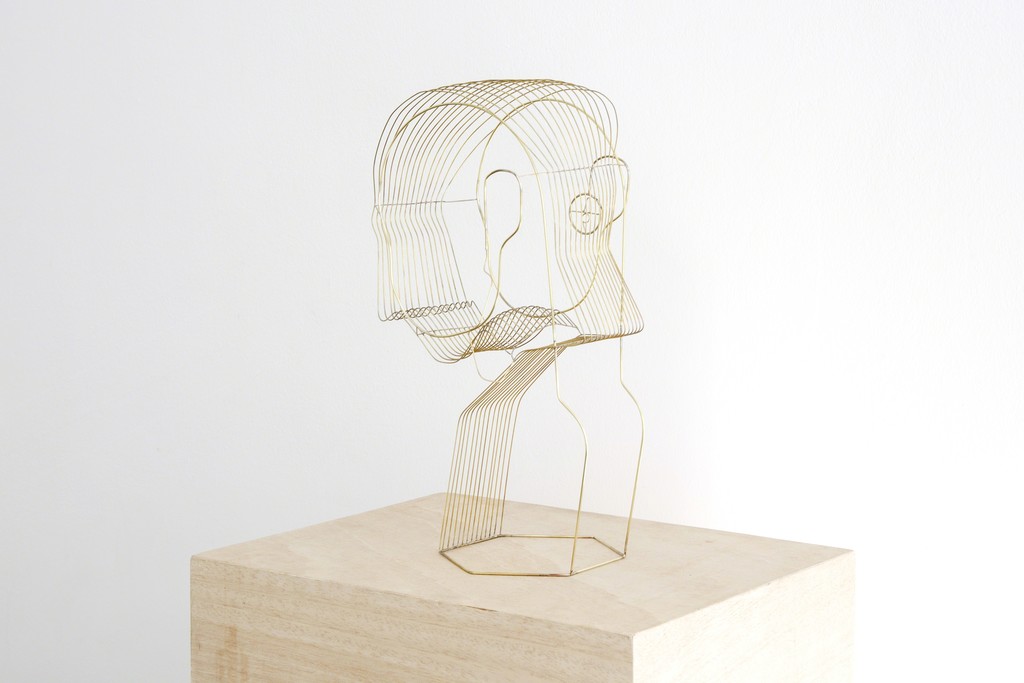 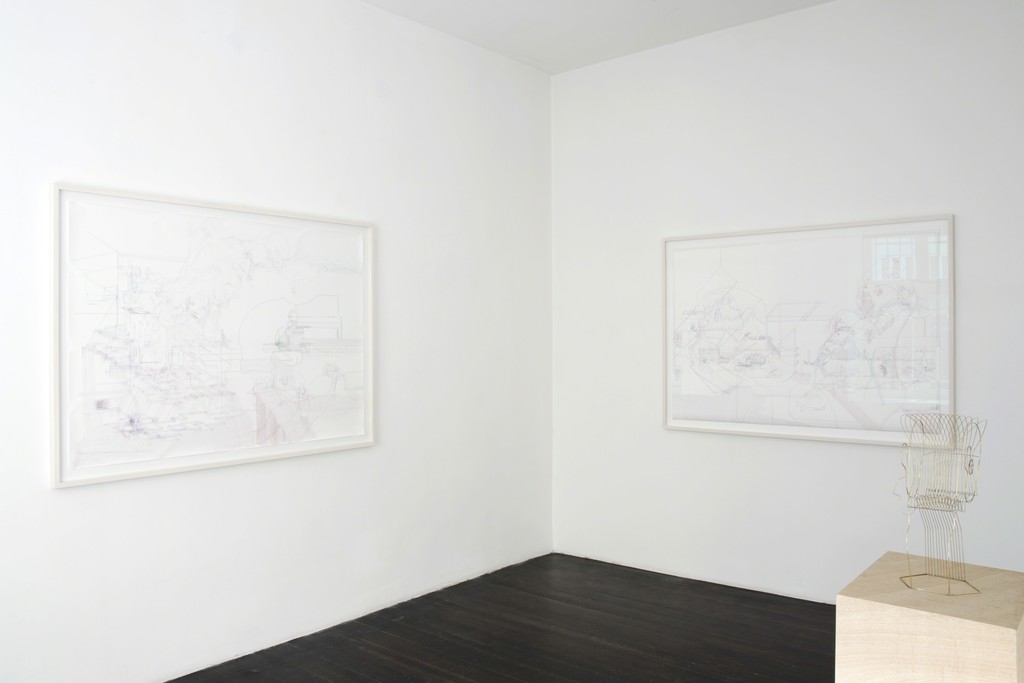 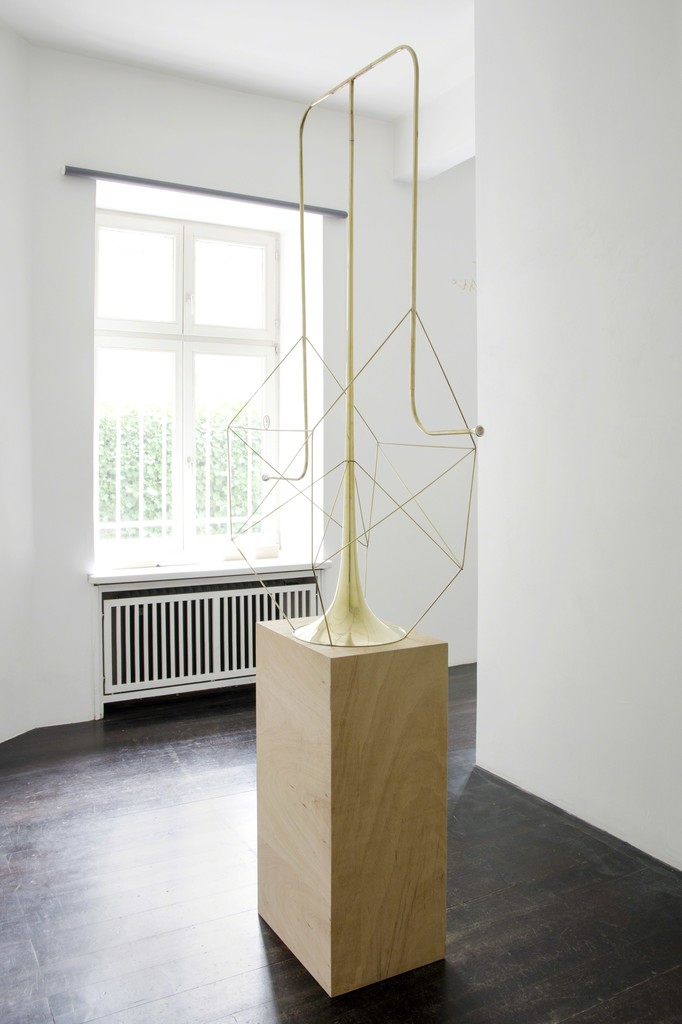 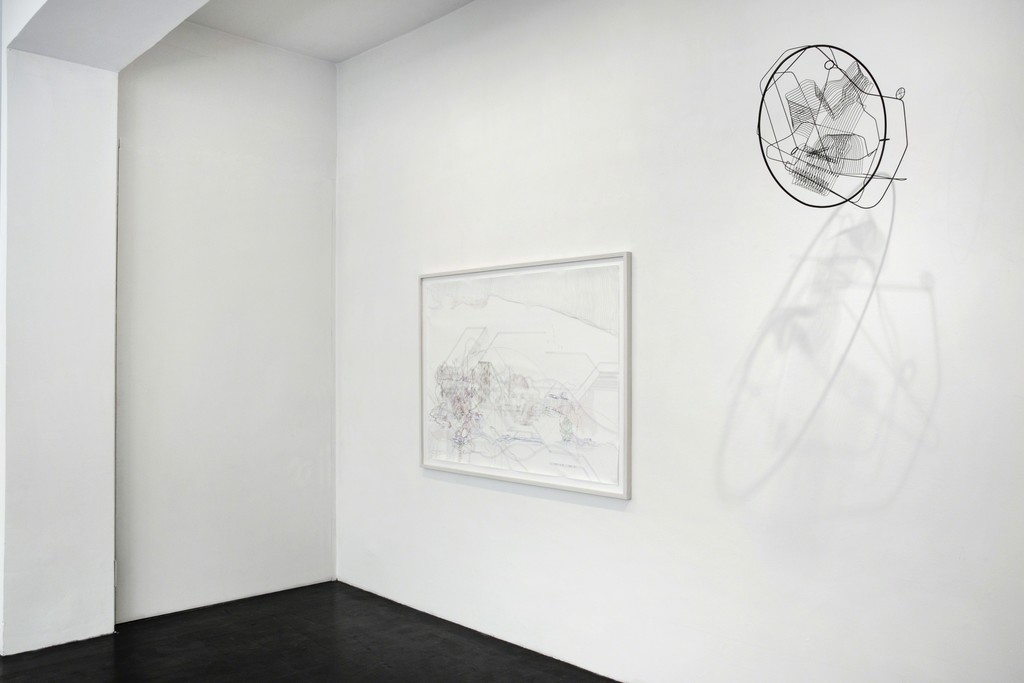 Fantastic images in seemingly technical arrangements, bizarrely distorted musical instruments, and lines of wire floating in space – this is the graphic imaginative world of Constantin Luser (*1976).
The Austrian artist explores the possibilities of drawing, thereby overstepping the essential demarcation of the medium: its two-dimensionality. Graphic translation into spatiality is a central idea in Luser’s œuvre, and this continues in his latest works.
The exhibition HARD SOLDERING at Galerie Klüser 2 is offering visitors a first opportunity to see large-format, coloured drawings, shown alongside his characteristic instrumental and wire sculptures. The individual works incorporate a complex system of ideas, which Luser generates from his sketching diaries. A surreal pictorial world of figures, architecture and objects intertwines in a fine constellation of parallel lines. Like technical data streams, the parallel lines – drawn with ballpoint pen – merge into a construct of suggestive blurs and highlighted contours. In this way, an impression of three-dimensionality arises on the paper.
The ultimate translation into the third dimension comes about in Luser’s wire sculptures. Blackened brass wires are formed into individual figures or abstract forms using the technique of hard soldering. By comparison to his earlier works, the sculptures are given a graceful stability due to the wire’s greater thicknesses. At the same time, the filigree constellations are in constant motion and so evade a fixed point of anchorage. Not only our views of them alter, therefore, but also the sculptures’ shadows, which throw the lines back onto the wall.
In the exhibition these wire formations quietly floating in space are supplemented by an instrumental sculpture. For some time now, Luser has been engaging with music and its sound bodies in order to translate drawing into an acoustic intellectual space. In the main, he takes wind instruments and extends them using long brass tubes bent into arrangements of lines. The sound altered in this way is audible as soon as the visitor plays on the sculptures.Interaction, spatial perception, and the viewer’s sense of vision are all necessary to explore the full compass of these works and so fathom Luser’s graphic imaginary world.