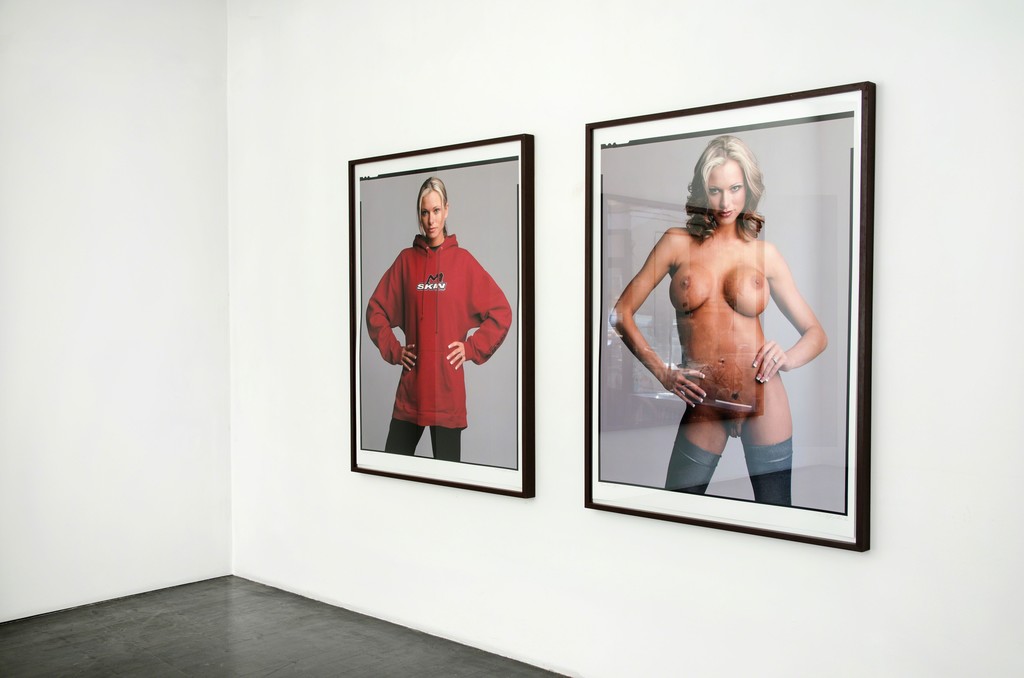 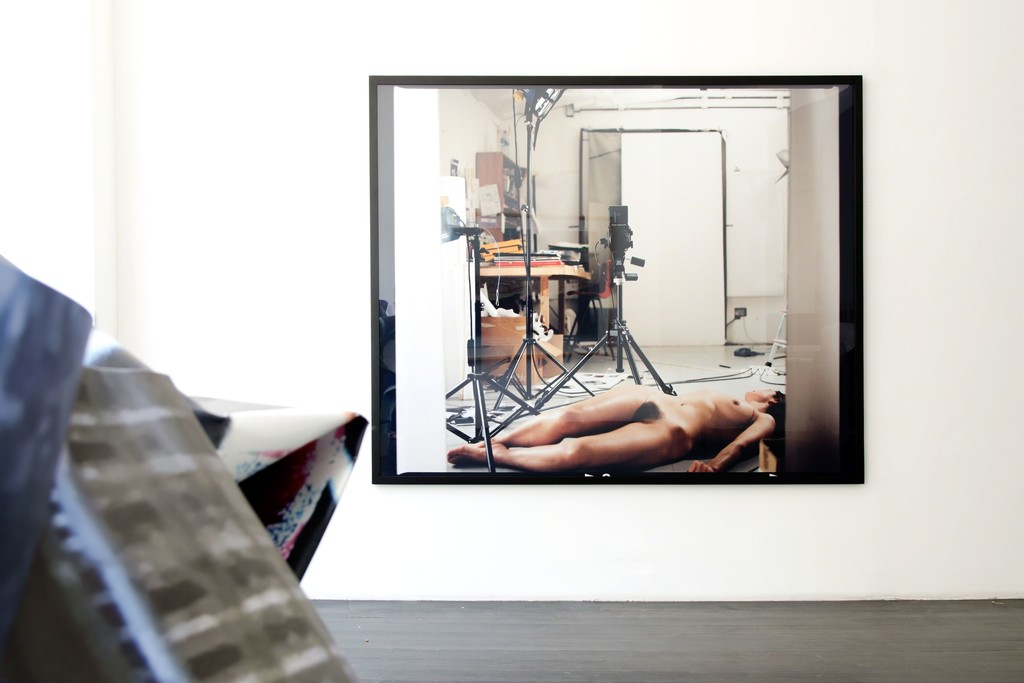 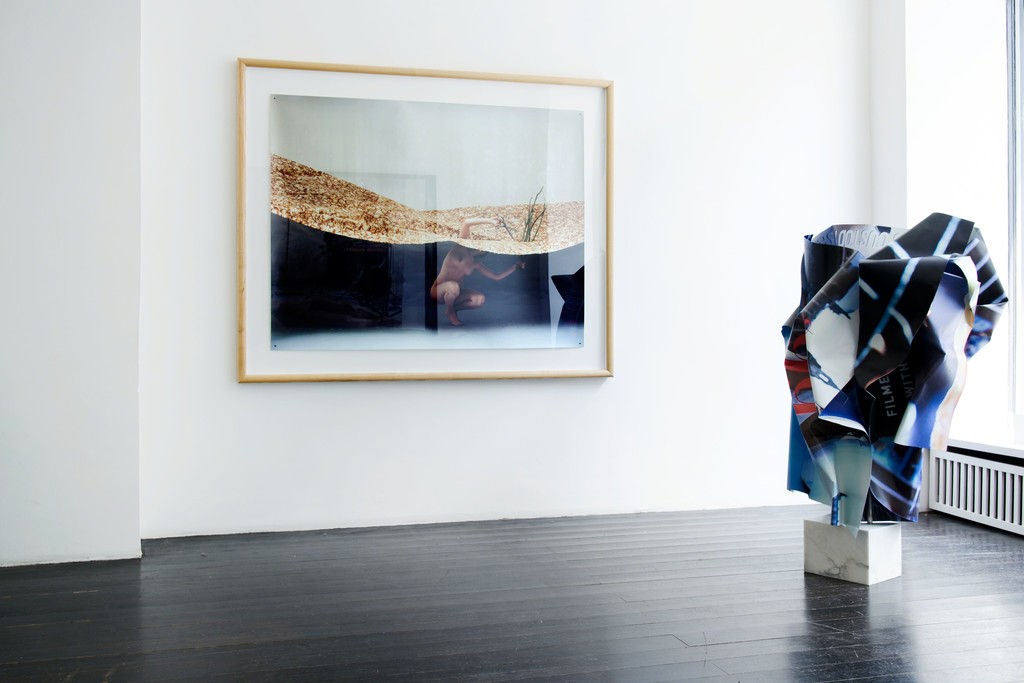 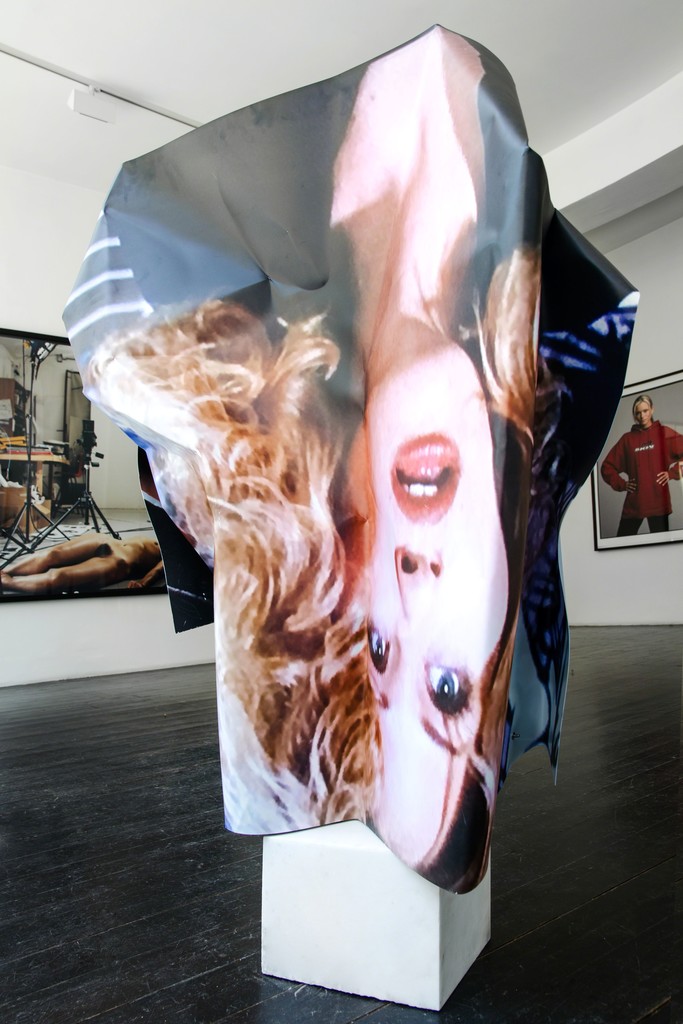 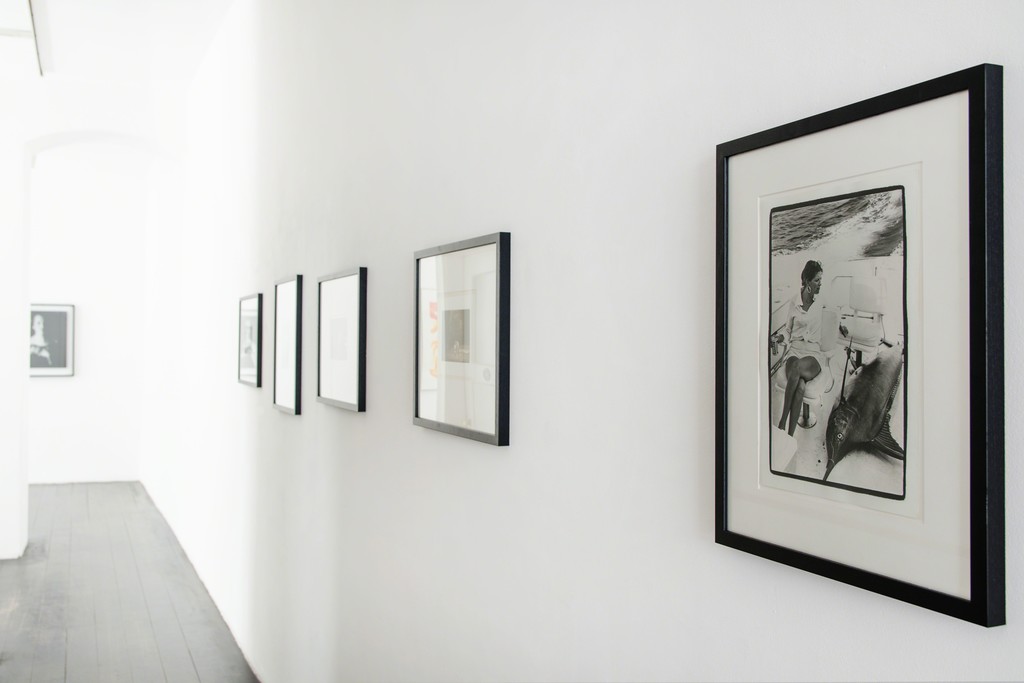 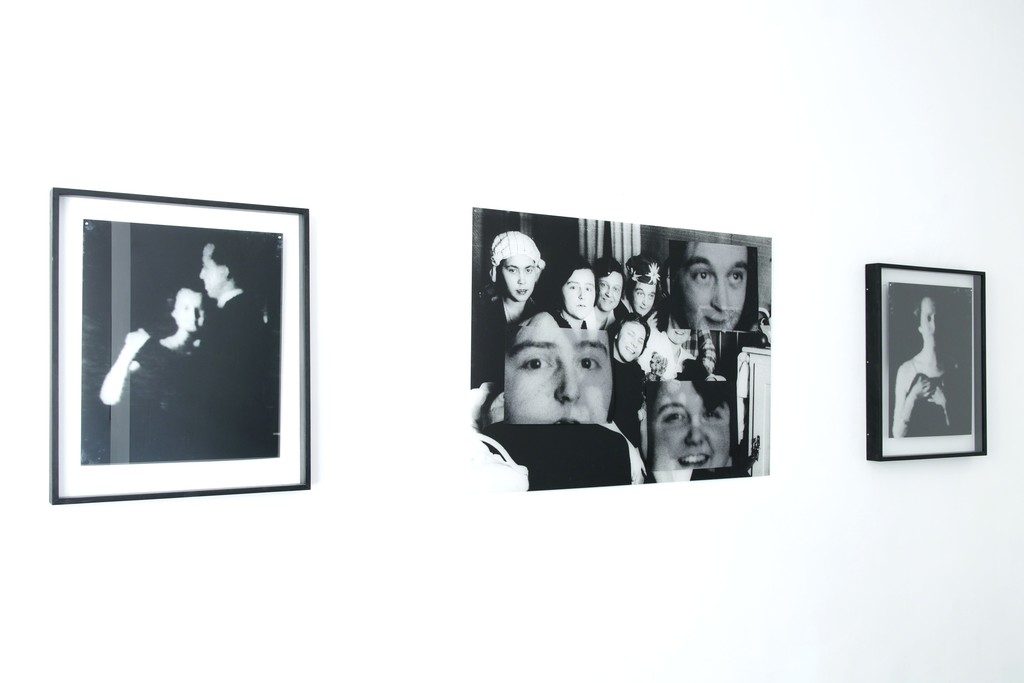 Realising a comprehensive exhibition with 20th and early 21st century portraits of women would no doubt represent an impossible task even for large international musuems. Nevertheless, we have attempted to do justice to the many facets of this wide spectrum within the limited possibilities of a gallery exhibition.
Deliberately refusing to approach the subject from the primacy of feminist criteria, opposition may be expected in accordance with the current standards of political correctness. However, social and ethical-moral changes can be discerned within the limited framework of our exhibition, as well.

This is evident in an exemplary fashion in the rooms of Galerie Klüser 2, where emphasis has been placed on photographs. The most provocative example is probably the large-format, double portrait of Briana Banks. Timothy Greenfield-Sanders photographed the star of the American pornography industry (like many other of her well-known colleagues) both clothed and naked, giving back a kind of common dignity respectfully and with no inhibition, and accompanied by filmed background conversation. Another large-format nude photo was taken as a self-portrait by English artist Jemima Stehli in 2001. It documents the natural, self-defined presence of her own body. Only 15 years later, social media such as Facebook censor naked statues from Baroque fountains and images of female nipples in tune with American-influenced prudery.
A few years ago we exhibited Olaf Metzel’s almost life-sized bronze of a young Turkish woman “dressed” only in a headscarf for the first time. Immediately, the artist and therefore we as a gallery received massive threats from Islamists, so that we needed to engage a security service for the opening. Later, in Vienna, the sculpture was vandalised on several occasions: naked aggression against naked facts.
Christian Boltanski made a sublime political statement with the deliberately crumpled photo lithograph “The Jewish School (Berlin 1939)”. It shows the happily laughing girls at the school shortly before their terrible fate during the Nazi era.
A young woman whose life is being threatened by a dragon is the subject of a screen print which Andy Warhol created for our edition in 1984 (Details of Renaissance Paintings, after Paolo Uccello’s “St. George and the Dragon”, 1460). Warhol made a deliberate selection of the detailed motif from the famous Renaissance painting, only representing the female figure paralysed with fear in front of the dragon’s wing, and ignoring the main figure – the noble and courageous knight.
The graphic work is compared and contrasted with the detail image of the “Birth of Venus”, with which Botticelli created an early icon of beauty in the ideal female portrait (also by Andy Warhol from the series “Details of Renaissance Paintings”).
More photographs supplement the spectrum in Galerie Klüser 2, with works by Ben Benson (Walther de Maria), Boyd Webb, Les Krims, Christian Boltanski and Karl Bohrmann. A new sculpture by Olaf Metzel is also being presented in the main room.